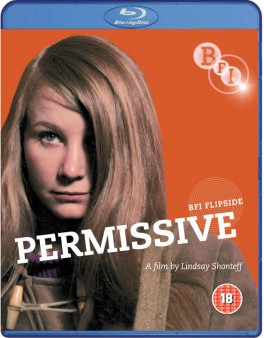 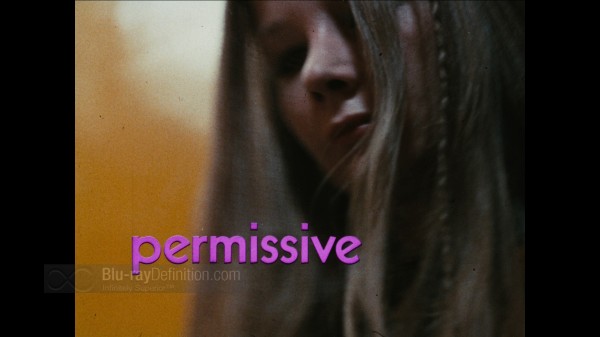 There is no linear story in Permissive to speak of, but the story revolves around a provincial girl named Suzy (Maggie Stride) who goes to London to visit her old school friend Fiona (Gay Singleton) and gets drawn into Fiona’s world of groupies, following around the acid rock band Forever More. In the backstabbing world of the groupies, it’s every girl for herself, as each tries to climb her way to the top, or, more precisely, sleep her way through the band.  Suzy’s own character changes and she herself develops a growing level of coldness and detachment.

The nearest thing Permissive comes to real emotional drama, is the character Pogo (Robert Daubigny), a busker whom Suzy shares a night of vagabonding with. The night turns strange when Pogo enters a church and begins preaching brimstone and fire from the pulpit, otherwise, Permissive remains coolly distant and cruddy; a cautionary series of vignettes about life on the road with drugs and sex. Even the eroticism is tame — mere flashes of bodies going about their business, often intercut with flash-forwards of more forebodingly violent imagery as if to undermine the intimacy of the entire process and say, “yes, sex is violent.”

Acid rock from underground acts Forever More, Titus Groan, and most prominently, Comus, underscores the uneasy atmosphere and rising sense of disillusionment that permeates the entire film. It’s the generation of love with all of the love lost. All that’s left behind is the cynicism and a need to escape with sex and drugs. In many ways, Permissive may have been the perfect rock and roll film to open the 1970s with. 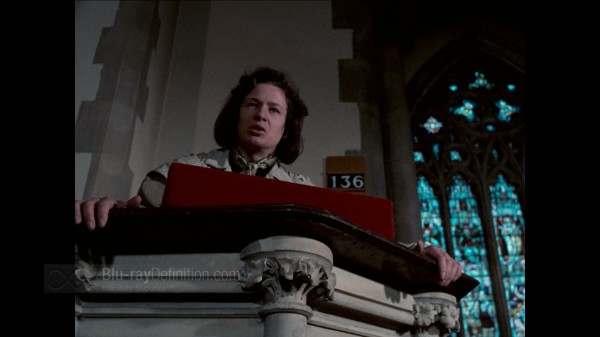 The film appears on this Blu-ray release from the BFI in a 1.33:1 aspect ratio and an AVC/MPEG-4 1080p/24 transfer. Film grain is nicely preserved; source damage is limited, though there are still some occasional scratches and specs that can be seen. Flesh tones are accurate and black levels are deep, but they suffer from crush in a lot of areas. Overall, however, this is another solid effort from the BFI and Permissive has been restored to a rather film-like looking presentation that belies its age and occasionally looks very sharply detailed and pristine. 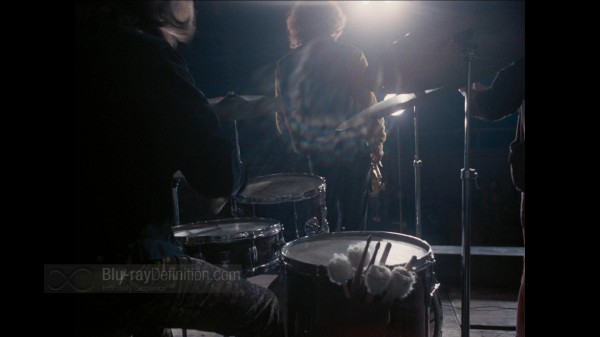 The audio for Permissive was taken from a 35mm print and it is definitely the week point in the presentation. There is a lot of crackle and sibilant distortion to be heard in dialogue, but what really mars the English LPCM 2.0 Mono (48kHz/24-bit) soundtrack is the dialogue constantly being lost in the mix below the swirl of music and other special effects. 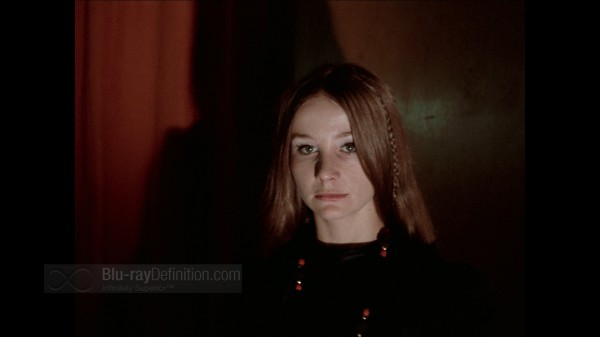 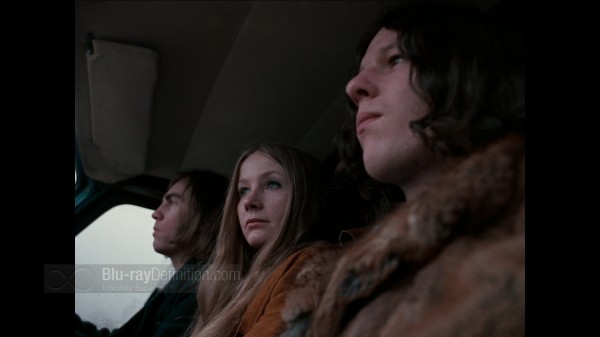 Permissive certainly won’t be for everyone and may take a few viewings to understand it, but it shouldn’t be approached as an average sexploitation film. Permissive should be viewed as a realistic and gritty time capsule of an era that we tend to idealize.