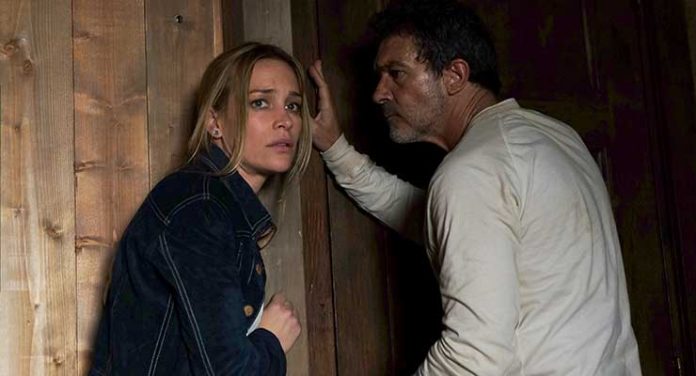 A family is spending a serene summer day in the Colorado woods when wife and mother Nancy Barrows (Katie McGovern) suddenly goes missing. Later, bitter alcoholic writer Paul Lopez (Antonio Banderas) meets realtor Laura (Piper Perabo) in the local diner. He is desperately short of funds and hopes that she will be able to sell his house. Paul then picks up Jack the hiker (Jonathan Rhys Meyers) who saved him from getting his clock cleaned in the diner by an irate trucker (Brian Goodman).

Paul invites Jack to spend the night at his home, a very rustic place has not seen a woman’s touch since his wife Renee left him. Jack straightens things up, makes meals for both of them, and volunteers to do some much needed repairs even though he knows that he cannot be paid. Paul shares his depressing backstory, including his chronic writer’s block, and eventually lets Jack read his most recently rejected script. Jack, in turn, reveals the jailhouse provenance of his black butterfly tattoo, and tosses out a script idea for his host to consider.

When Paul pries into Jack’s backpack and finds newspaper clippings about women who went missing and some jewelry “souvenirs,” he begins to suspect that his new house guest might be a serial killer. Jack soon makes the writer a virtual prisoner in his own home so that he can quit drinking and “get down to work.” Laura pays an unexpected visit but Jack thwarts her escape effort with Paul and forces them to push her car into the pond. If there was any doubt that Jack is an unhinged psychopath, it is completely put to rest when he kills the patrolling Sheriff and declares, “this will be my story and end the way that I want it to.”

Black Butterfly is mostly a two-person drama, played out in the dark confines of a remote house. The film achieves a sense of impending terror at any moment and, just when viewers think that they have this one figured out, they get some pretty nifty plot twists. 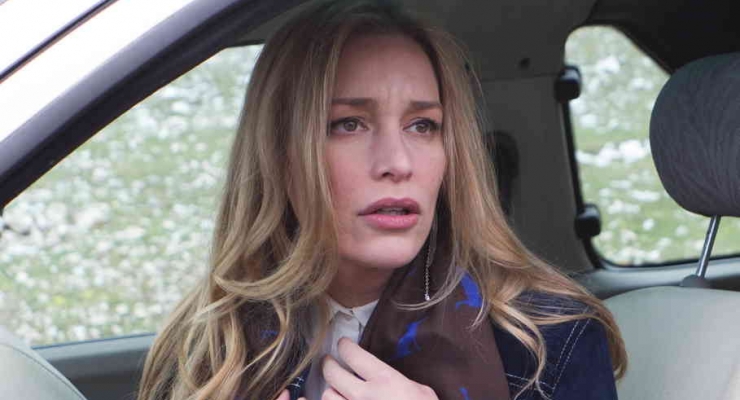 The original negative was shot with anamorphic lenses and yields visuals both in the Monte Livata countryside that substitute for Colorado and in the Italian country house that provides a nice replica of a rustic American house are splendid. Colors, contrast, and details are splendid. José David Montero’s cameras draw viewers into this very intense film and keep us hooked throughout.

Digital HD  is included as is a running commentary with director Brian Goodman and co-writer Marc Frydman. There are two video extras:

Director Brian Goodman, a veteran film actor, is behind the cameras for only the second time but you would not know it from the way that he paces Marc Frydman and Justin Stanley’s taut storyline. Summing things up, Black Butterfly is a tense, compact thriller with a strong cast and will leave most viewers guessing its outcome until the end.