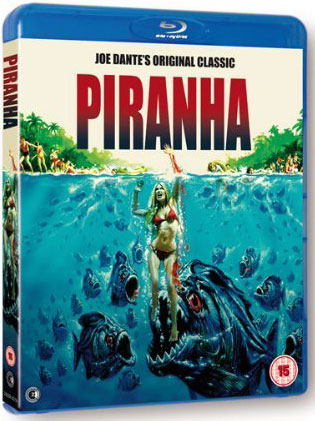 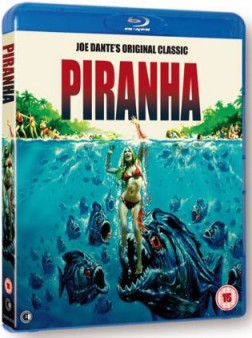 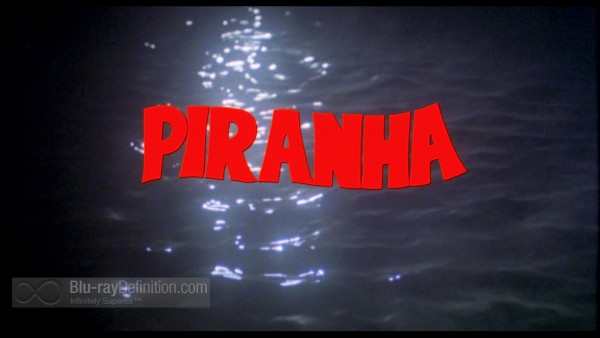 This is the Roger Corman-produced 1978 original Piranha, with a screenplay by John Sayles (The Howling; Eight Men Out; The Spiderwick Chronicles) and directed by Joe Dante (TV’s Hawaii Five-0; Gremlins; The Howling). Of the numerous imitators that followed in the wake of Steven Spielberg’s 1975 horror blockbuster Jaws, Piranha is arguably one of the most successful and favorites amongst the fans. A cult and exploitation film through and through, the screenplay from Sayles and direction from Dante still manage to elevate the material to a level beyond its humble beginnings, providing lots of honest suspense, a fun ride, and comedic moments from beginning to end. The strong cast members, ranging from Bradford Dillman ( TV’s Barnaby Jones; TV’s Falcon Crest) and sci-fi/horror stalwart Heather Menzies (TV’s Logan’s Run; Endangered Species) to the always reliable Kevin McCarthy (Innerspace), offer strong performances and a sense of legitimacy to what could have easily broken down into an irredeemable production of campiness and high school-level performances. The allusions to the film’s inspirations sprinkled throughout, for instance an opening sequence of Menzies as Maggie McKeown playing a Jaws arcade game, keep Piranha lighthearted and away from taking itself too seriously. The story will be familiar to anyone who has seen the number of remakes, made-for-TV or recent 3D theatrical versions. A small town is overrun by mutant piranha and it is left up to the “skip tracer” Maggie McKeown (Menzies) and local gruff drunkard Paul Grogan (Dillman) to track down the cause and avert disaster, especially when it is determined that the man eating fish are headed right towards a kids’ summer camp. Plenty of lightly gory sequences keep audiences well entertained and the film rushes along with a typically 1970s atmosphere, minus all the glitz and overly-exploitative gimmickry of its 2010 3D remake.

Like many Second Sight reissues of films from the ’70s and ’80s, Piranha comes to Blu-ray looking passable, but certainly not spectacular by any stretch of the imagination. Lots of grain and noise is left in the image, contrast is middling, and there is some persistent sparkle and dirt that sneaks in. Film softness is also an issue and flesh tones are just a little less than accurate, looking slightly pushed toward red at times.

A LPCM 2.0 mono (48kHz/16-bit) track of the original mono mix is provided. It’s somewhat boxy and does have some audible crackle, but given its age and the practices of the era, it is just fine. A new lossless 5.1 track would have been nice, even if it isn’t the authentic experience.

There are a few extras included on here that offer interviews with the filmmakers and cast, but they are all SD and up-scaled HD, nothing is brand new, per se, and nothing is particularly necessary. The audio commentary is your best bet for the most background information.

The 1978 original, Piranha, comes to Blu-ray and shows why it has spawned so many remakes and imitations. This is classic, campy, exploitation fun. If you’re into this sort of thing, then this is a must have.