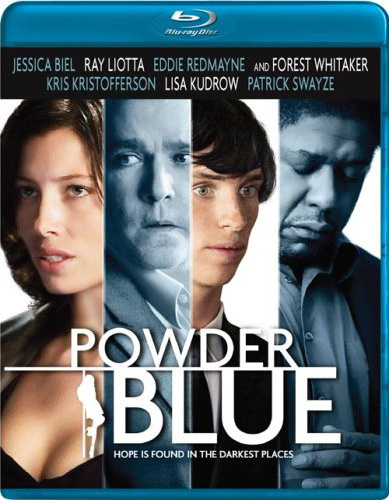 In Powder Blue writer/director Director Timothy Linh Bui has put together a wholly unoriginal film that unapologetically rips off the far more talented Paul Thomas Anderson’s Magnolia, Paul Haggis’ subsequent multi-level drama Crash, and even manages to come out being a worse film than that other snoozer of a P.T. Anderson-knockoff starring Forest Whitaker, The Air I Breathe.

In a blatant miscarriage of cinematic justice (depending on how you look at it, of course) all this occurs in a film where the beautiful Jessica Biel finally takes her clothes off on screen — and don’t tell me you didn’t know guys; there’s no other reason to watch this monstrosity. 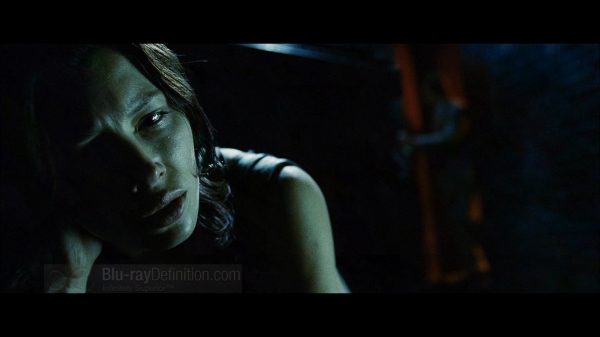 I’m certain Ms. Biel had enough belief in this material to take such a brave leap, unfortunately her intuition misguided her on this occasion. Powder Blue is a film that is supposed to be a serious drama about a few loosely connected people suffering through loss and lost in desperation. In reality, however,  Bui presents us with a film that somehow manages to be so pretentiously morose that it teeters on the comical.

Biel plays a coke-addicted stripper named Rose Johnny with the stage name “Scarlet” who has a dying son in a coma. Rose has father figure issues having grown up thinking her father died before she was born and she can’t seem to meet a good man. I guess it’s difficult when you’re a cokehead stripper with a dying son. As the film opens we are introduced to a naked and tattooed Jack Doheny (Ray Liotta) standing before the ocean. Why? Well, we never really find out for sure, but later on we are informed (by Kris Kristofferson in an incredibly brief cameo, of all people) that Doheny’s just done twenty-five years in the big house for some unmentioned crime and now he’s out. I suppose we are to assume that this opening moment is his enjoyment of freedom.  Anyhow, Jack’s been searching for his long lost daughter because he’s dying — or so we are supposed to infer from a snippet of a flashback segment — and he wants to give her the money he’s been paid for keeping quiet and doing his prison time. So he tracks down Rose — could he be her father?

Then there is Qwerty Doolittle — QWERTY DOOLITTLE, FOLKS — a mortician who’s inherited the family business and can’t speak to women without getting into a nervous frenzy and passing out from an asthma attack. Poor keyboard, errr, Qwerty runs over Rose’s dog one night and takes it in, nursing it back to health then decides to call Rose over to pick the dog up. The two of them get together and form an instant bond.

Lastly there’s Charlie (Forest Whitaker), disconsolate from his wife’s death in what is implied — once again in a snippet of a flashback — to be a car crash. Charlie wants to kill himself, but can’t seem to find the nerve, so he’s out trying to find someone to dump his life savings on to get them to do it for him. This character is really just floating out there, with no obvious connection to the rest. There are some brief moments of promise between Charlie and a waitress in a diner named Sally (Lisa Kudrow), but like everything else in Powder Blue, that turns out to be just a pointless tangent. Kudrow vanishes from the film and Charlie takes off to find the transsexual hooker that stole his fifty-grand while the rest of the characters are off doing really, really, poignant things.

And then, after about seventy-minutes of all of that, Jessica Biel does a striptease, pours hot candle wax all over her body and bares her breasts — twice in the last thirty-five minutes of the film –just  like every good B-Movie payoff.  It’s amazing that they managed to assemble such an ensemble cast of strong actors for this film. What’s worse is the terrible misuse of talent and exploitation of the lovely Ms. Biel.  It’s not difficult to deem why Powder Blue was never given a theatrical release and comes to market as a direct-to-video presentation. 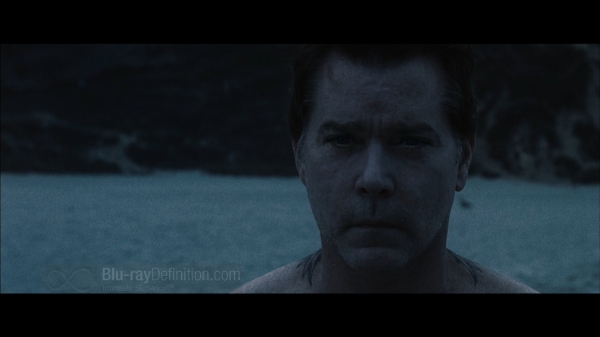 Powder Blue arrives on Blu-ray in its original 2.35:1 aspect ratio with a 1080p/24 AVC/MPEG-4 encoding. Powder Blue is a film that is definitely not going to impress a lot of people in high definition. This is not a consequence of the transfer to Blu-ray, but, rather, the choices of the filmmaker. It’s gritty, grainy, dull, de-saturated and lacking any natural-looking flesh tones. The encoding itself captures this look without any problems; there are no signs of macroblocking, edge enhancement or posterization and the only issues with color bleeding or contrast blooming or clipping are obvious artistic choices.  So, in essence, it’s a solid encoding of a film that never pops from the screen. Powder Blue is mired in dullness, subdued colors, and noisy dark scenes.

What I was confronted with whilst watching Powder Blue, however, was how Blu-ray was able to convey the film-like qualities without getting in the way, unlike previous formats of much lower resolution. In fact, with the lack of trained projectionists in most theatres today, Blu-ray surpasses what most people see at their local cinemas, even with a film like Powder Blue that was not intended to wow with its presentation, but convey an emotion or an atmosphere. It’s never going to be at the top of people’s reference stack, just as something like Rattle & Hum won’t ever be, but that doesn’t mean the transfer isn’t a good representation of what the film looks like. 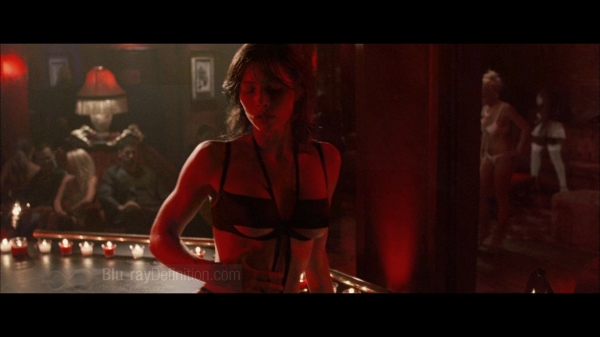 Powder Blue is given an English DTS-HD Master Audio 5.1 (48kHz/16-bit) lossless soundtrack in addition to an English Dolby Digital 5.1 audio option. Given the dialogue-heavy nature of the film, neither option is thrilling or completely engulfing. The DTS-HD MA option offers clear and intelligible dialogue with a soundstage that opens up slightly in the strip club scenes. Ambience in the surrounds is quite subdued so the mix sounds a bit dry and claustrophobic. Everything resides mostly in the midrange, so there’s not much high or low frequency extension to speak of either. It’s a competent mix for the material, but nothing spectacular. 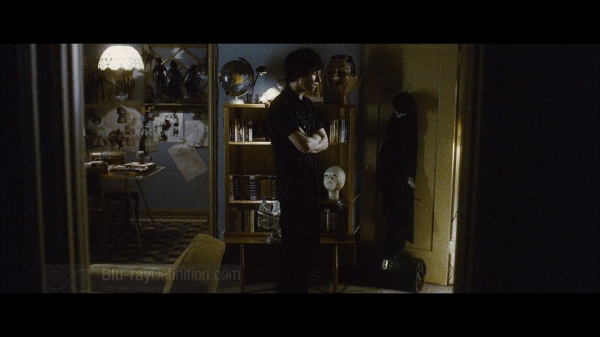 The supplements are slight for Powder Blue, offering up only an audio commentary, making of featurette, still gallery and trailer. 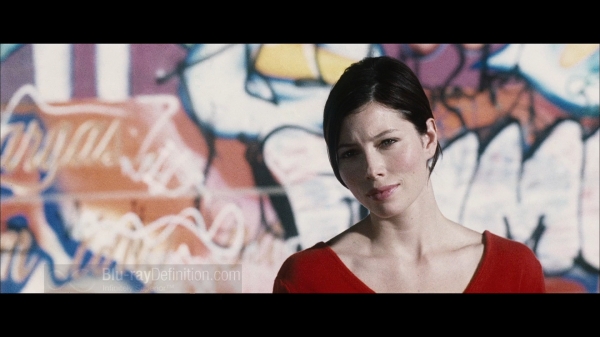 Powder Blue is a concept that has been explored with greater success by many other filmmakers. Unless you want to be driven into a deep depression or just want to catch a glimpse of an unclothed Jessica Biel, then I’d recommend avoiding this release and maybe picking up Pulp Fiction, Magnolia, Crash, Syriana or anything else instead.