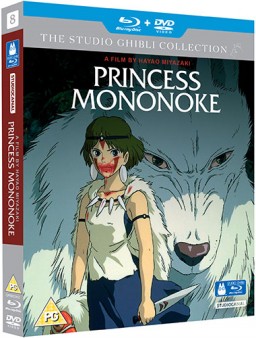 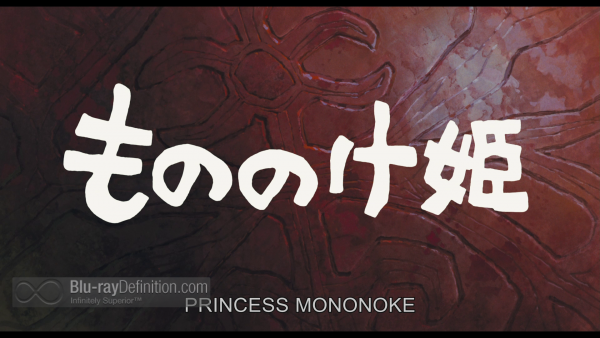 With its beautiful and signature animation style, a riveting blend of action, adventure, fantasy, and young romance, Princess Mononoke has a broad appeal and is one of the most beloved films from the powerhouse Japanese studio Studio Ghibli. 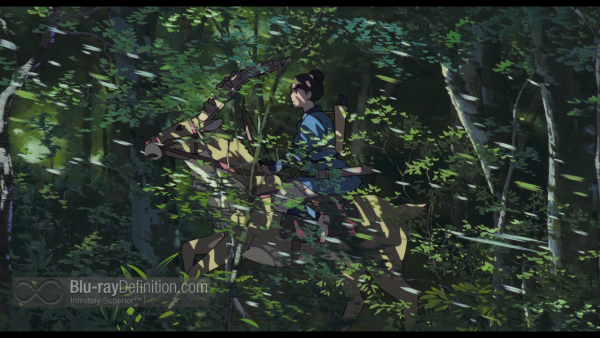 StudioCanal delivers Princess Mononoke on Blu-ray with an AVC/MPEG-4 1080p encodement that has been cleaned up and obviously had some grain reduction applied, but in the case of this release, we can still see a very thin layer of grain remaining. The image looks clean, detailed, colorful, and somewhat three-dimensional. 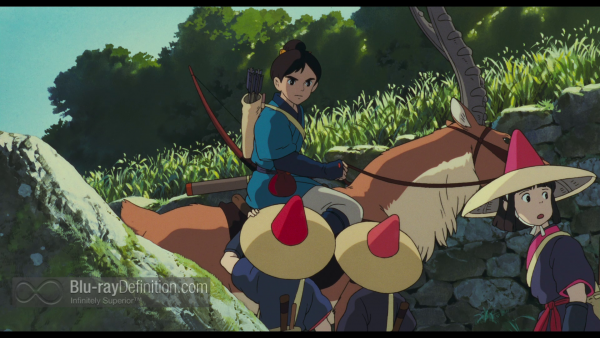 Japanese and English tracks are provided in DTS-HD Master Audio 5.1 (48kHz/16-bit). The English dub brings the dialogue a little bit more forward in the mix and the dialogue also sounds a little fuller, but both mixes are good, with nice balance of sound. Some occasional discrete sounds surround us in a tight cloak of sounds, especially during some of the most intensive sequences, such as when San attacks Lady Eboshi compound, or the finale. The low end extension is a little timid, but good enough to supply an adequately solid underpinning. 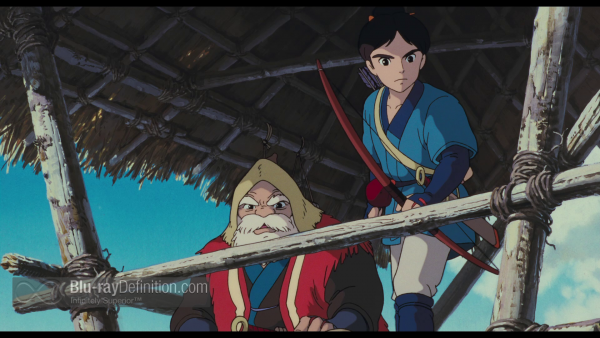 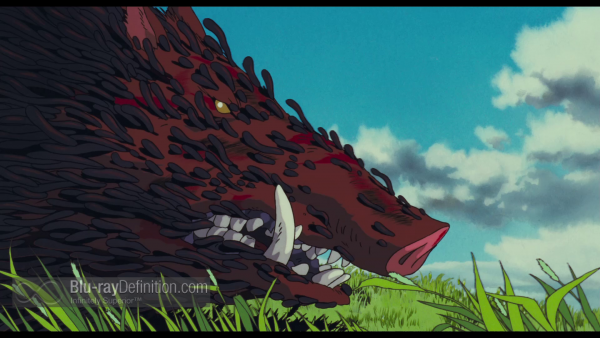 Princess Mononoke is a beautiful film to watch and skips by in a blink of an eye given its quick pace and captivating characters. 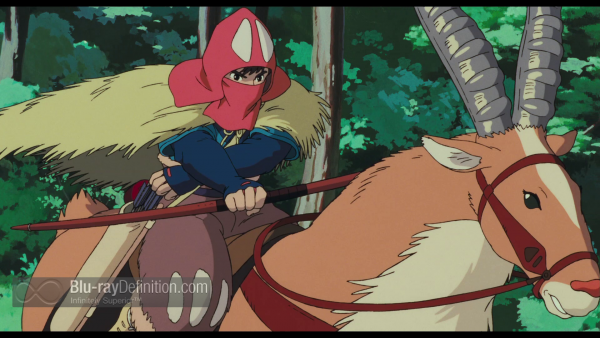 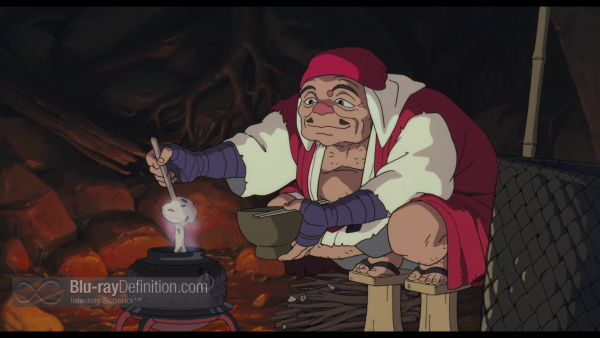 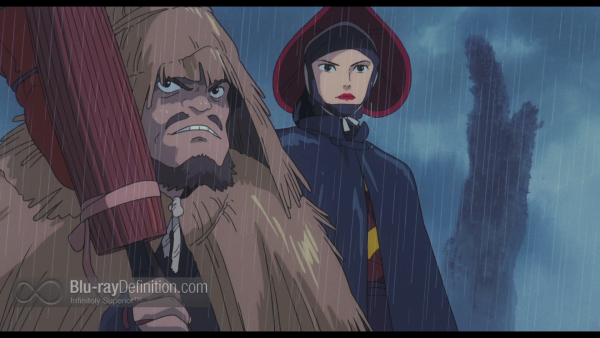 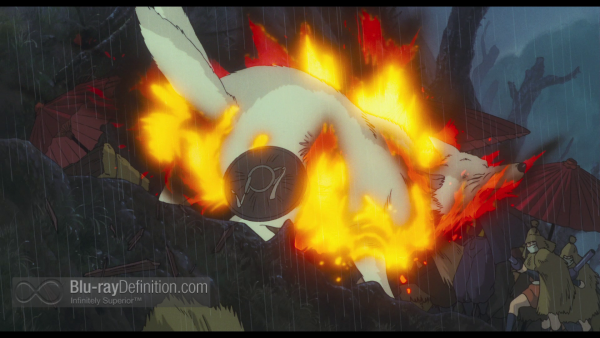 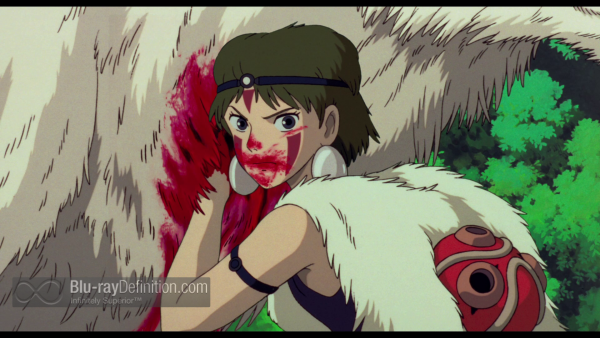 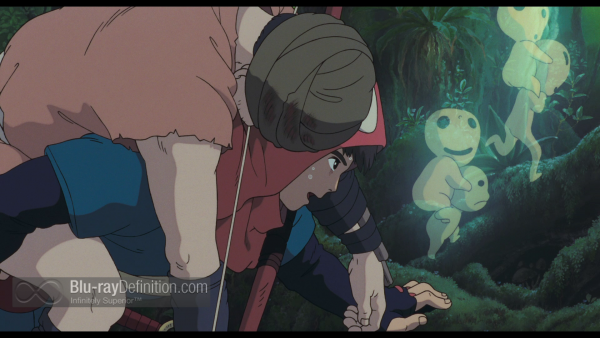 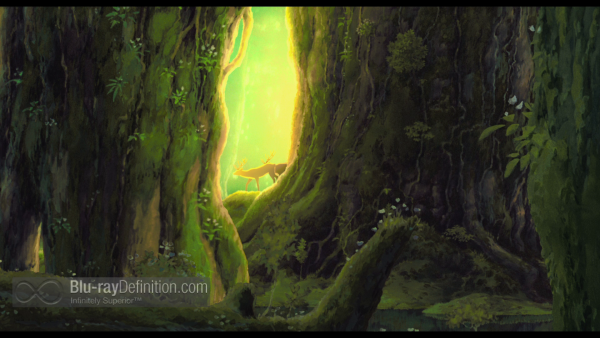 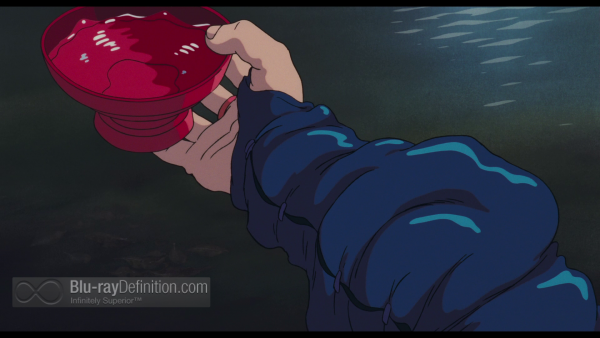 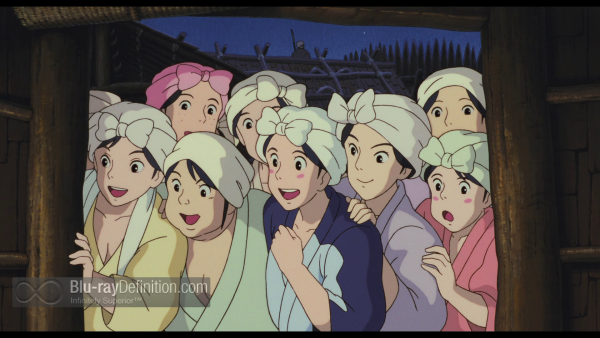 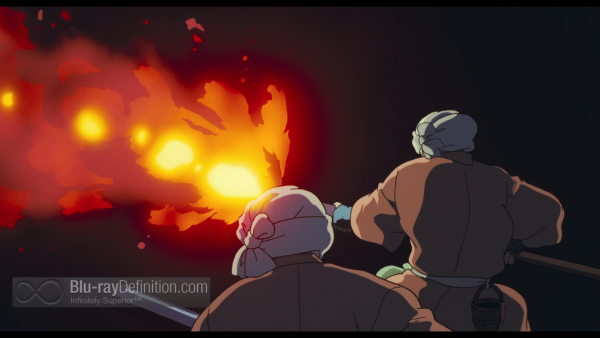 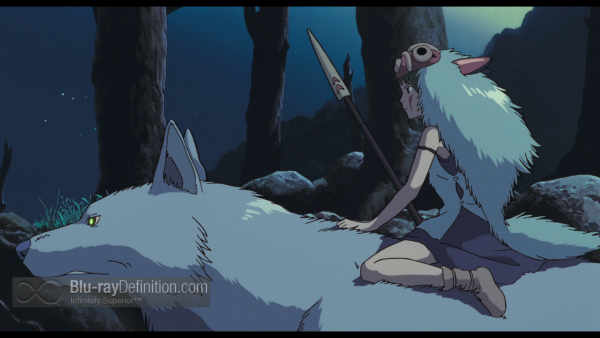 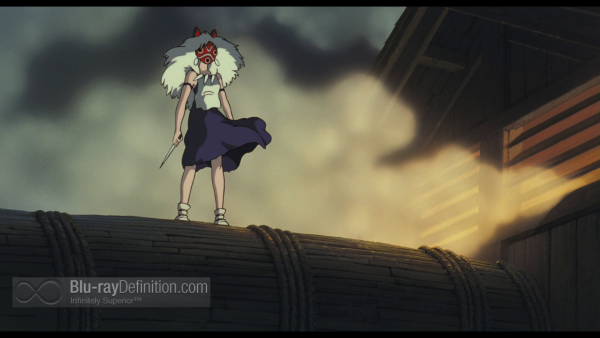 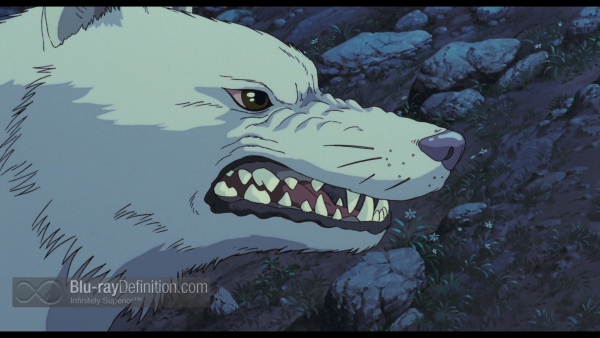 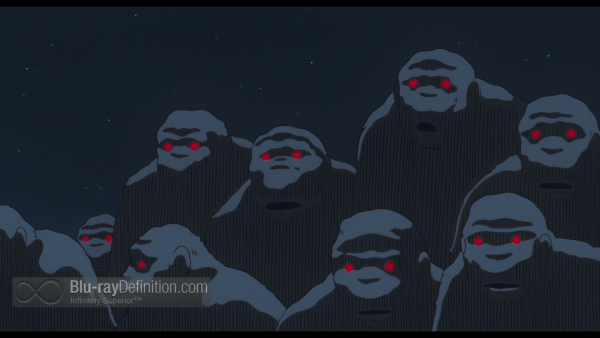 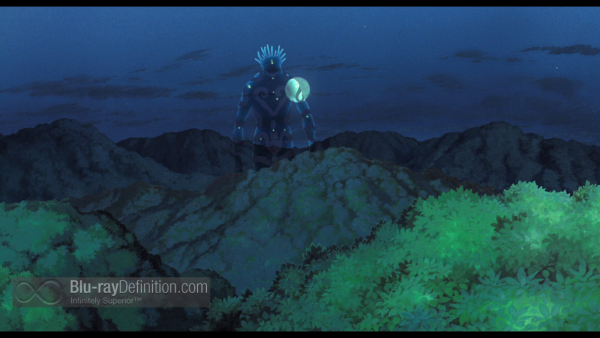 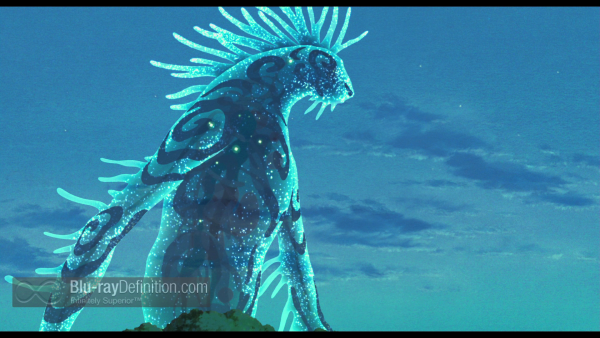 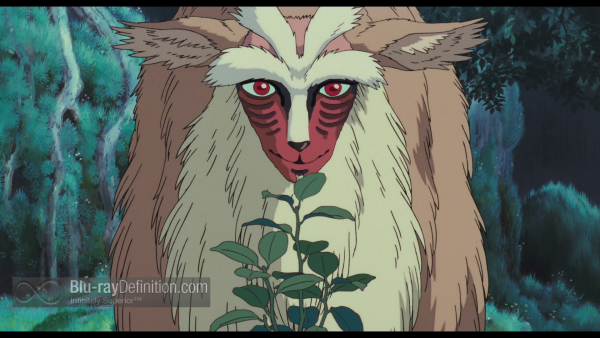 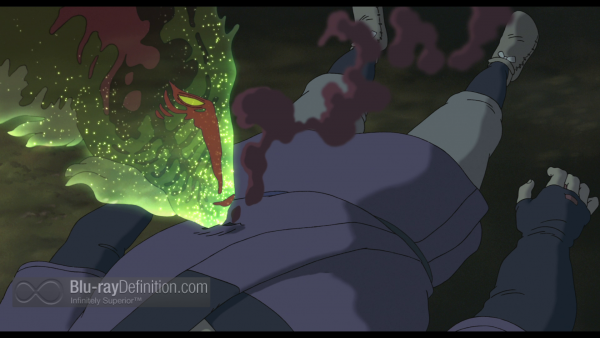 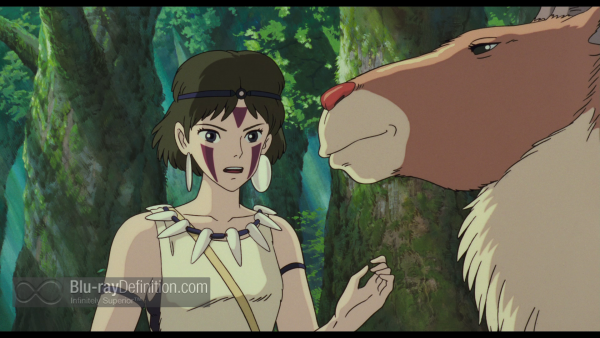 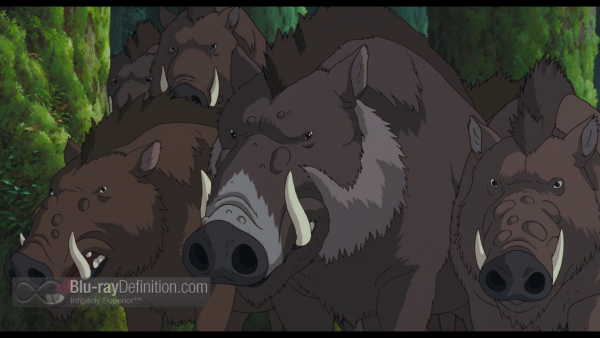 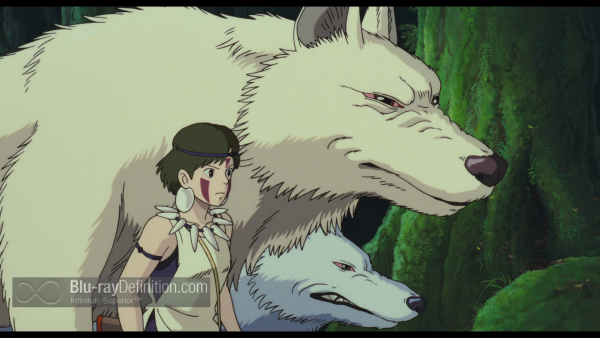