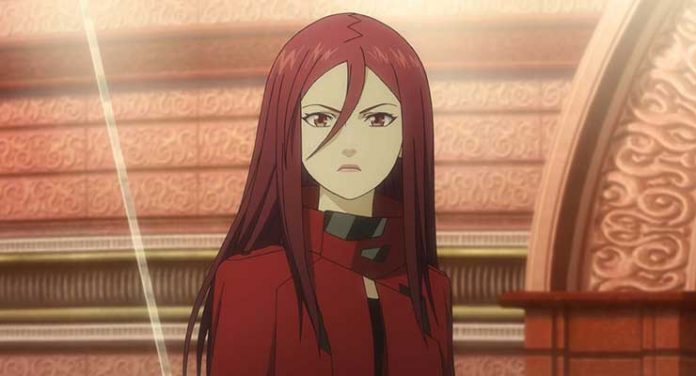 Harmony is the second in the intended sci-fi triptych of anime films based on the works of novelist Project Itoh, the first being the Gothic horror The Empire of Corpses (2015) and the last, the indefinitely delayed Genocidal Organ. Directed by Michael Arias and Nakamura Takashi, and animated by Studio 4°C, Harmony is decidedly different thematically, in tone, and even in pacing from its predecessor, and is a film that people will most likely either love or hate.

Harmony falls into the cyberpunk category and is not unlike Ghost in the Shell in that it is centered around a strong female protagonist who must solve a perplexing mystery, it involves itself with complex philosophical and spiritual questions concerning humanity and our place in a world where technology has perhaps outpaced our evolution or ability to understand just how it is affecting us. Like other anime works that follow this vein, such as Psycho-Pass, for instance, Harmony can tend to become a bit mired in its philosophical intent and forget about purpose to ultimately entertain as a thriller. Harmony does lean a little too heavily toward its artistic tendencies, directors Michael Arias and Nakamura Takashi allowing the visual work of redjuice, character designer Tanaka Takahiro, art directors Osamu Hasada and Niibayashi Marefumi, and the poetic asides of screenwriter Kōji Yamamoto to drive the film more than the exposition.

The story itself is actually a basic one, but one that unfolds so slowly and in such a non-linear fashion, that unless you pay very close attention or re-watch Harmony a couple of time you may not catch it. In a futuristic Earth during a period known as “Maelstrom” after many nuclear wars have devastated the planet and killed off millions, the nations of the world have split up into tiny controlled states ruled by strict moral codes of ethics and health consciousness in an effort to prevent future disasters. Each tiny state is overseen by the Admedistration and a new religion called “Lifesism” has emerged from the Admedistration. A technology has been developed where, when taken, people live longer lives and no longer get sick, not even the common cold. Some years earlier, a group of teenage girls desperate to break free from the restraints of society, Tuan Kirie, Miach Mihie and Cian Reikado, attempted to kill themselves as the ultimate act of rebellion against lifeism and the admestration, but only Miach succeeded – or so it seemed. Now Tuan is an investigator for the government and strange suicides that appear to be linked to her friend Miach are occurring. Tuan and other powerful people want to find the truth.

Harmony is a beautiful looking film, without a doubt. In fact, I would rate the animation and designs above The Empire of Corpses by far. It succeeds, absolutely on the level of a visual artistic statement, but where it runs into trouble is that it feels like it is trying too hard to be a serious film that we absolutely need to pay attention to. Unlike Something like Ghost in the Shell which was admittedly philosophical as well, but also knew when it was time to just ease up and dazzle us with its innovations and give us some satisfying plot twists and character developments, Harmony seems more interested in building a gorgeous world and crawling at its at times tedious pace towards a bit of a convoluted conclusion in service of its artistry. If you appreciate the film for what it is, you will enjoy its world, if not, you will be very quickly turned off by it.

Read our very own Gerard Iribe’s theatrical review of Harmony for a different take on this film. 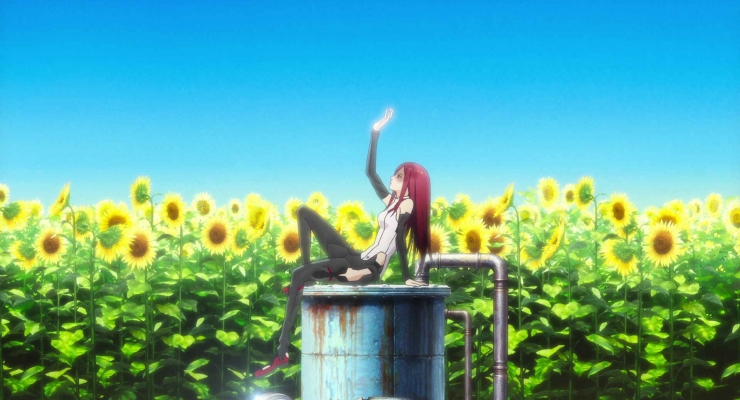 Harmony is brought to Blu-ray in what is a nearly flawless AVC 1080p encodement of its digital animation from Funimation entertainment. The 1.78:1 framed picture contains lots of strong detail, crisp line art free from excessive aliasing or stairstepping, though I did find some mild jaggies in the scene where Tuan is in the restaurant with Cian did I see some stairstepping around the lamp on their table. Also there were some minor hints of color banding throughout. Apart from these very small issues, the image is clean, and only the fussiest of viewers will probably even notice.

The original Japanese-language track is provided in Dolby TrueHD 5.1 and an English dub from Funimation is provided in the same. The mix is has good balance other than it is mastered at a somewhat low volume and the low-end isn’t allowed to fully breathe, in fact, the dynamic range is general seems corralled into a bot of a tight space. Dialogue is clear, however. And sounds are moved about very well. And speaking of the dialogue, we get a pretty good performance from both casts this time around. The English cast even throws in some fake Russian accents and what not, something that is one of the few deficits in Japanese voice casts.

This set comes with the feature film on DVD and UltraViolet, plus we get a featurette with the English voice cast and the usual trailers and promo videos.

Harmony is a difficult film, but one I believe can be truly satisfying on a number of levels if given a chance. It’s not perfect by any means, but the beautiful art and the philosophical cyberpunk story reminiscent of a slower Ghost in the Shell should appeal to a number of fans of the genre.