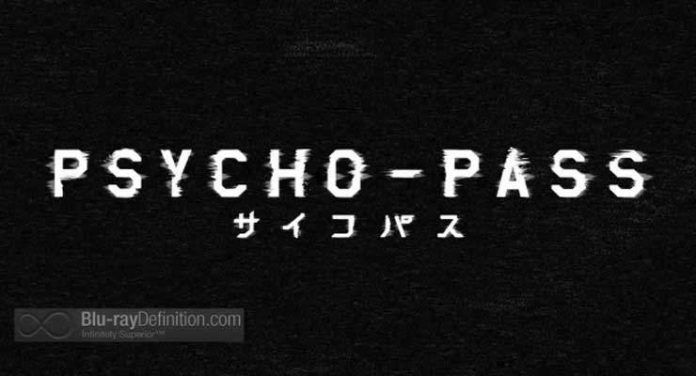 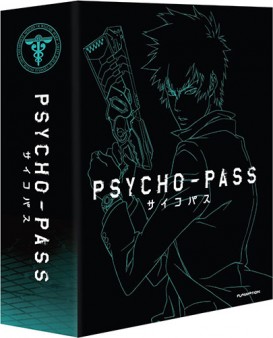 Incorporating many of the same elements as that groundbreaking piece of work such as cybernetics, powerful computer networking, philosophy, and an underlying crime

drama, Psycho-Pass (サイコパス) is set in a dystopian future, 2113 to be exact. Japan has become an isolationist nation and is completely controlled by a powerful computer network known as Sybil System. People rely on this system to tell them everything from what career path they should choose to when they should seek mental health assistance. The network is capable of instantaneously assessing people’s mental states, personalities and the probability of them committing a crime in the future. Everyone must carry what is called a “Psycho-Pass” with them at all times, and the Sybil System, with monitors all over the country, assesses one’s “hue” or crime coefficient. If it gets too “cloudy” or raises too high, then one is labelled a latent criminal beyond treatment and can be executed.

The story focuses in on Tsunemori Akane, a newly recruited Inspector for the Public Safety Bureau tasked to hunt down these latent criminals alongside a special team of police called Enforcers. The Enforcers are all latent criminals with special dispensation from the Public Safety Bureau to act in an official capacity, but they must be accompanied by Inspectors at all times, or risk being “judged”  by the very deadly weapons they carry, the Dominator. The Dominators are electronically controlled guns with different modes of operation that are tapped into the Sybil System. When pointed at a target, they instantly judge if that target can be shot or not, paralyzed only, or destroyed completely.

It’s all initially overwhelming for the young and naïve Akane, who takes a liking to the Enforcer she is tasked to supervise, Kogami Shinya, a former Inspector whose Psycho-Pass became too cloudy because of an investigation into a series of murders he got too involved in. Can she keep herself from suffering the same fate as Kogami when the same mysterious killings begin to occur again and she wants so much to catch the killer, but also to protect her Enforcer Kogami in the process? A man named Makishima, the presumed killer of several people may hold the key to not only the killing, but also a deeper mystery behind the Sybil System that it seems higher-ups at in the government are willing to bend rules to keep from getting out. How will it all play out?

Psycho-Pass is a brilliant series that spins a series of questions on the meaning of humanity, free will, and the endless technological juggernaut into a thrilling crime mystery. Like its predecessor, Ghost in the Shell, or any number of cyberpunk works it pays homage to from William Gibson or Philip K. Dick, it uses plausible technologies in a rather high-tech, futuristic manner to make us think and examine our own world today.

The animation is often mesmerizing, from the dazzling lights of the cities and flashing lights of digital displays to the kawaii face of protagonist Akane, who, despite her cutesy visage, fits right in with the grittier characters in the world of Psycho-Pass.

While the animation itself looks absolutely moody, sleek, and beautiful, the transfer here to Blu-ray in AVC/MPEG-4 1080p is less than optimal, showing lots of strong gradation lines/banding, video noise, and softness.

As always, I recommend staying with the superb and superior Japanese voice cast for Psycho-Pass in the Dolby

TrueHD 2.0, although the additional surround channels and LFE track that accompanies the reasonably dubbed English track is missed just a bit. The 2.0 shows an amazing amount of atmosphere and stereo spread, so if you have a good system, you just might not miss the 5.1 all that much.

Psycho-Pass is a mesmerizing Cyberpunk thriller. It hooks you from the first episode and doesn’t let you go until the very end. Between the gorgeous animation, thoughtful themes and likable characters, this one is a powerful series and an instant classic.