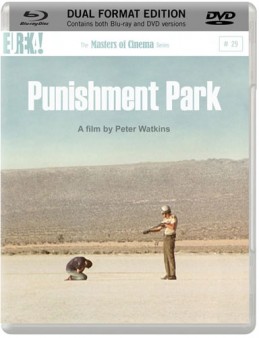 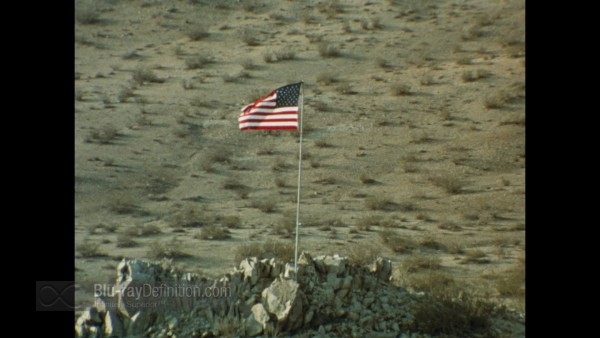 Peter Watkins’ controversial 1971 film Punishment Park was so feared by the “powers that be” after its completion that no mainstream studio would distribute it and it would only see release in one out of the way cinema in the United States briefly, before vanishing. A bleak, brutal, and violent look at government oppression that gave a voice to the youth of the late-Sixties and early-Seventies who had gone through riots at campuses in Berkley, the infamous trial of the Chicago Seven, and the Kent State shootings, Punishment Park would become known as an icon of radical films, despite what Watkins describes as his “marginalization” by the mainstream media.

Based partially on the trial of the Chicago Seven, Punishment Park is a pseudo-documentary that takes place in an America of the near future. The film places a fictional British film crew amongst a group of students and political dissidents, Group 637, who have been sentenced to the Bear Mountain Punishment Park. Rather than serve out their days in prison, they have opted to take their chances in this brutal, one-sided race against time and nature in the parched desert in an attempt to reach an American flag on a hilltop at the end of an allotted course before heavily armed policemen and National Guardsmen catch up, stop them, and possibly shoot them dead. Meanwhile, the trial of Group 638 is taking place, a mockery of justice in a military-like tribunal where the defendants are mistreated, gagged, chained, and hardly given a chance to defend themselves. This is contrasted with Group 637 always on the run in the unrelenting desert.

It would be impossible to view Punishment Park without drawing parallels to today’s post-9/11 world of the Patriot Act, Guantanamo Bay, and general sense of fear and hysteria during our era of “the war on terror.” An apposite film to the times, Punishment Park, criticized for being a condemnation of the United States, perhaps was more clairvoyant than anyone knew, proving the old adage that the more things change, the more they stay the same. 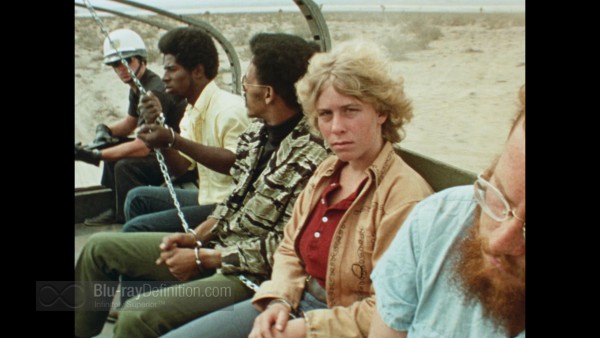 Originally shot on 16mm, this new Masters of Cinema high definition release of Punishment Park has been transferred from a new 35mm print struck from the restored 35mm negative held in Paris. The film appears on Blu-ray in a 1.37:1 framed AVC/MPEG-4 encodement that is film-like, but obviously not of the best high definition source material. There is noticeable source damage straight through the presentation, a low contrast level with heavy grain, and reddish looking flesh tones. 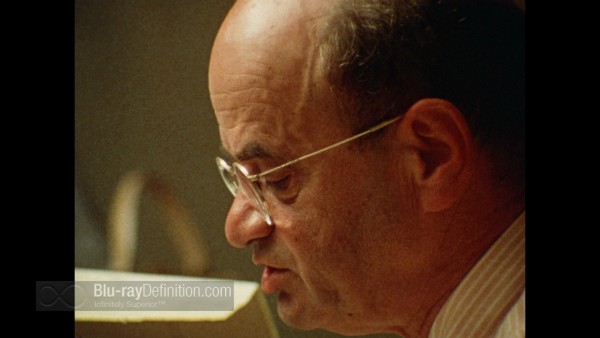 Audio is a LPCM 2.0 (48kHz/16-bit) mono soundtrack that is clear and clean and free most artifacts such as crackle, although there is a distinct difference in the tonality between the dialogue of the characters and the narration. 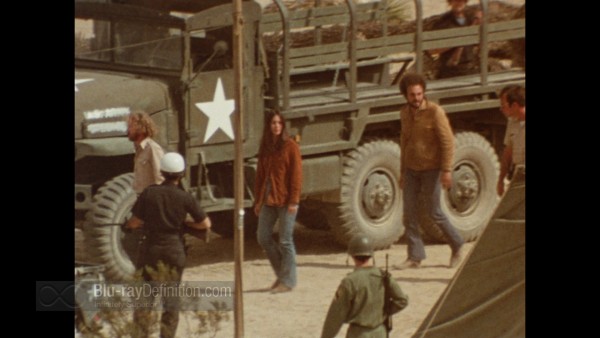 There is an excellent selection of high quality extras included with this release, not the least of which are the introduction by Peter Watkins himself, a well-informed, well-reasoned defense of his film, and the response by Watkins entitled a “self-interrogatory dialogue”, printed in the booklet and based on this 2004 intro. 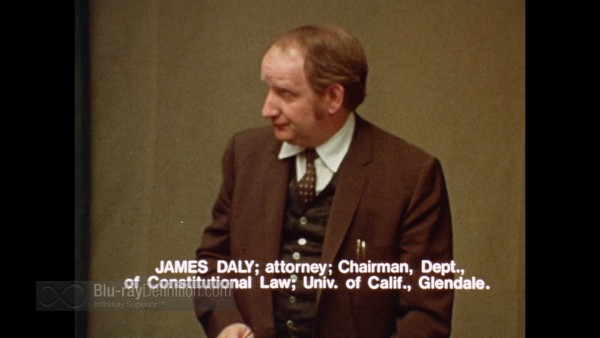 A chilling look at the abuse of power and the potential ills of allowing our governments to truly take away our freedoms, Punishment Park is a film that today, more than ever, needs to be reexamined and looked at anew. Once again Eureka Entertainment and their Masters of Cinema imprint arrive with a true classic superbly rendered on Blu-ray (and DVD) for the discerning cinephile. 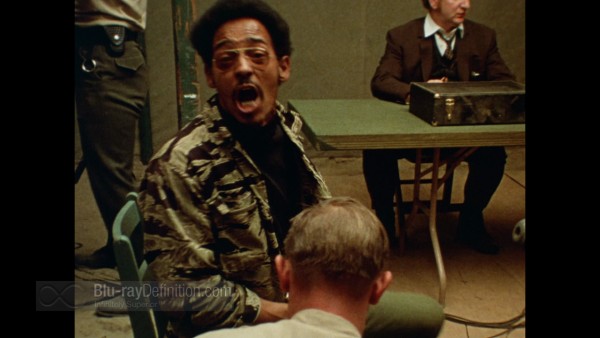 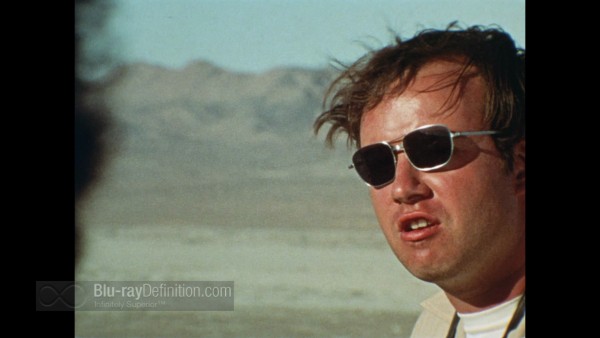 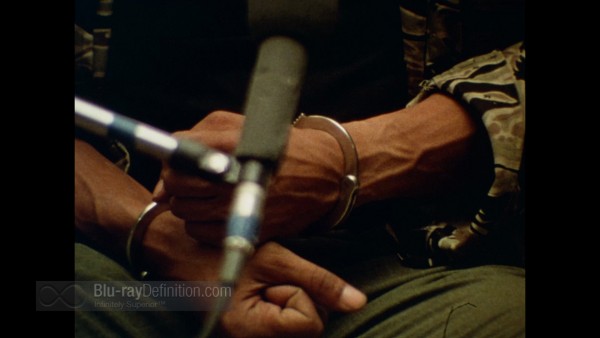 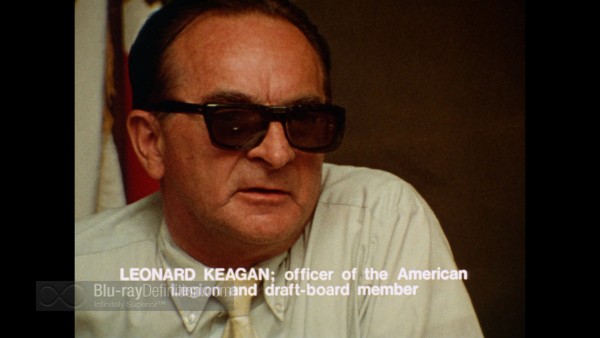 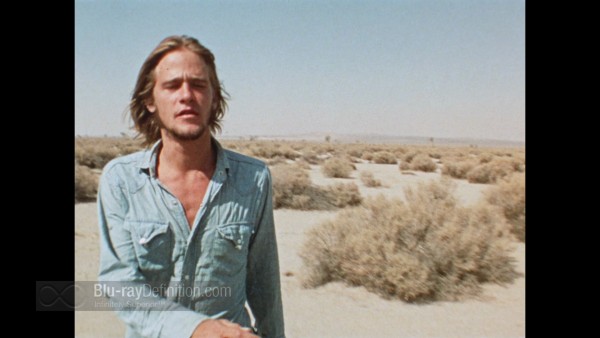 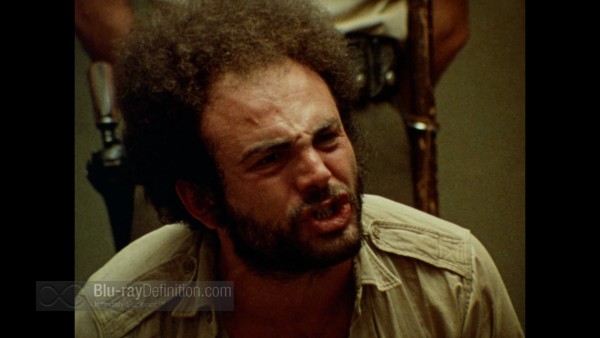 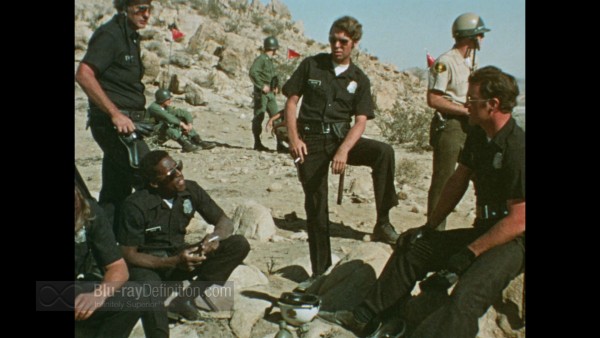 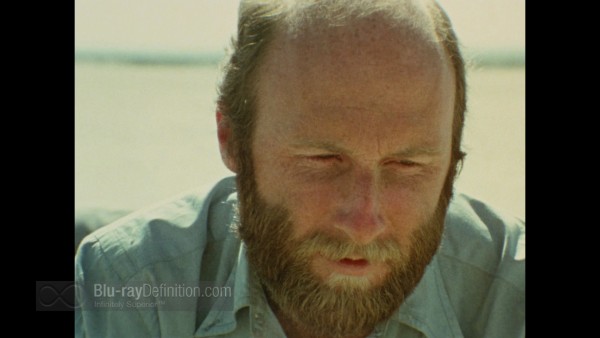 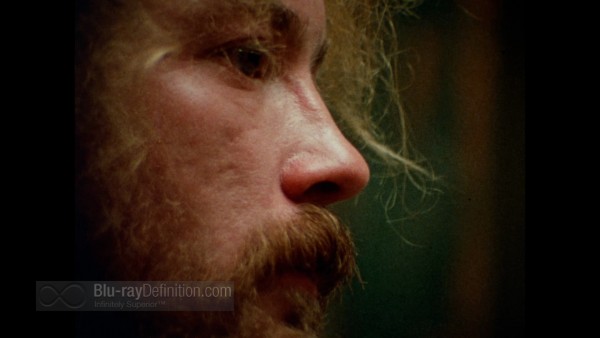 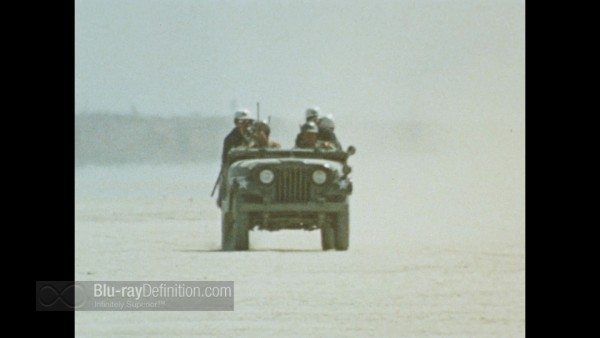 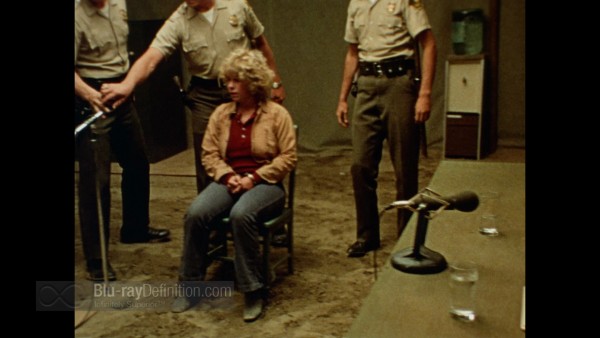 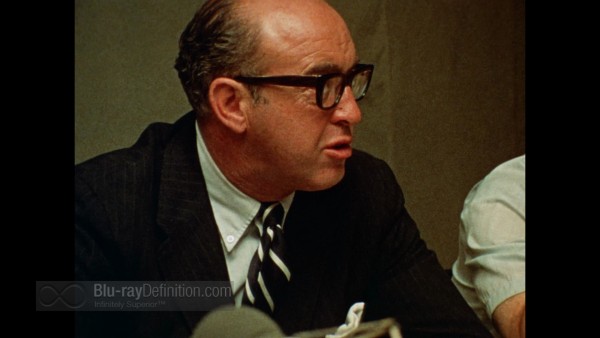 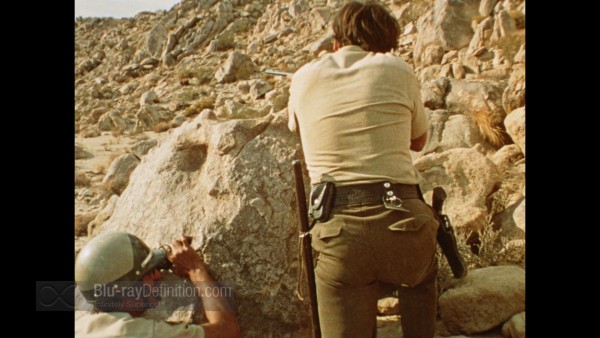 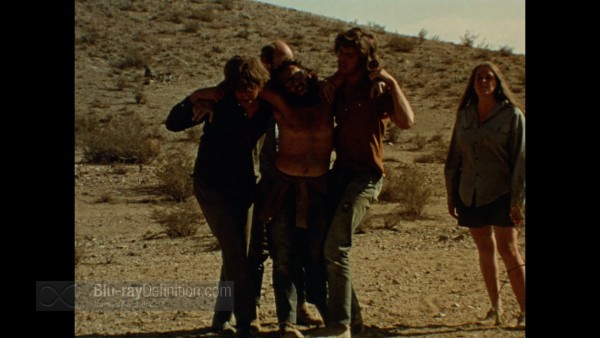