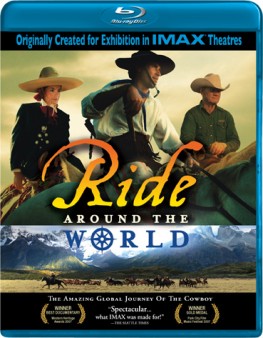 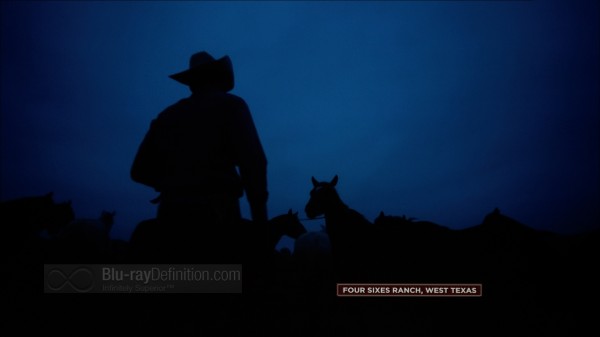 Ride Around the World is all about cowboys. This IMAX exhibition film from Giant Screen Films and Trinity Films traces the origins and history of cowboys around the world, from the beginnings in Morocco, through the Spanish Conquistadors to Mexico and the iconic Texan Cowboy on the range.

The filmmakers capture breathtaking images of the American range, watery Argentine horse country and even the mountainous regions of British Columbia as they trace the routes of the cowboy. It packs a good amount of information into its brief 40-minute running as well. It’s the perfect platform for an IMAX film — wide-open spaces, verdant fields, ice capped mountains, stampeding horses, and an interesting tale.

Ride Around the World is the sort of IMAX film you’ll be happy to head out to see with the whole family on a Saturday afternoon and it comes highly recommended. 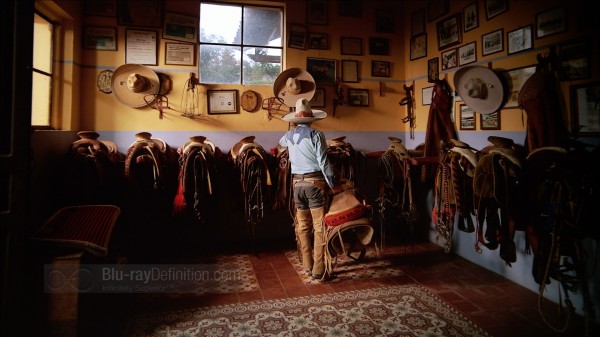 Ride Around the World looks absolutely beautiful on this Blu-ray release from Image Entertainment. The 70mm large-format has been reformatted to a 1.78:1 aspect ratio in a VC-1 1080p/24 encoding that looks pristine. Colors are vivid; detail is crisp and well extended into the background, only occasionally showing signs of its reformatting by softening a tad. Flesh tones are natural, shadow detail is strong, and there is no evidence of compression artifacts or post-processing errors. 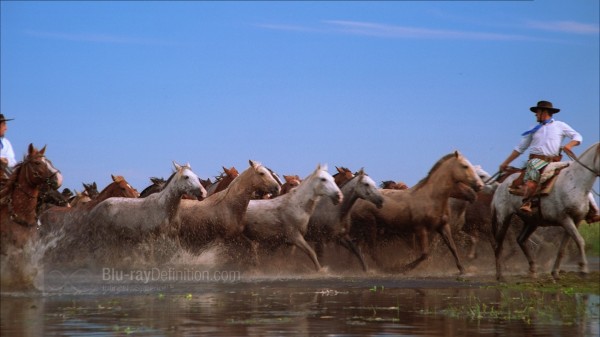 The audio on Ride Around the World is just as big as the picture. The English DTS-HD Master Audio 5.1 mix has a wide soundstage with a lot of ambience throughout the channels and it makes good use of the surrounds for atmospherics and some discrete panning. Dynamics are wide and low frequencies are quite resounding. The sound of horses galloping and cattle stampeding is rather authoritative. The narration in the center channel is full and clear with no sign of clipping. 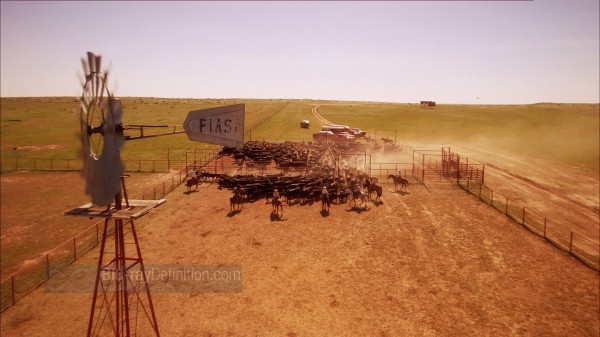 The weakest link on this title is the supplements. The “making of” is really just from a television series and the rest of the supplements are filled up with trailers for more IMAX titles and a rather easy trivia quiz. The BD-Live functionality offers more of the same, in addition to an online forum and an HDTV setup guide. 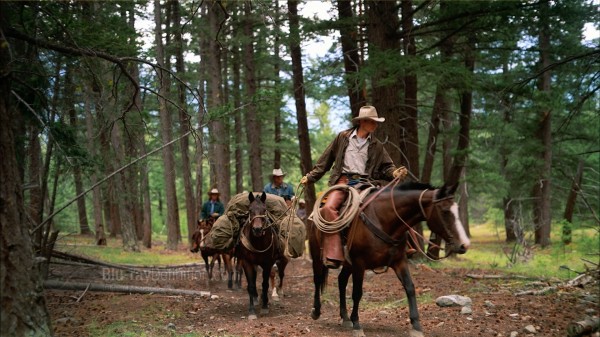 With a compelling story, breathtaking imagery, and reference picture and sound, Ride Around the World on Blu-ray instantly becomes one of the better IMAX releases available today. If IMAX films are your thing, then you owe it to yourself to add this one to your collection.