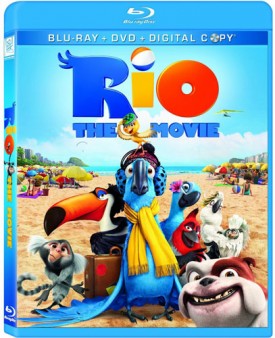 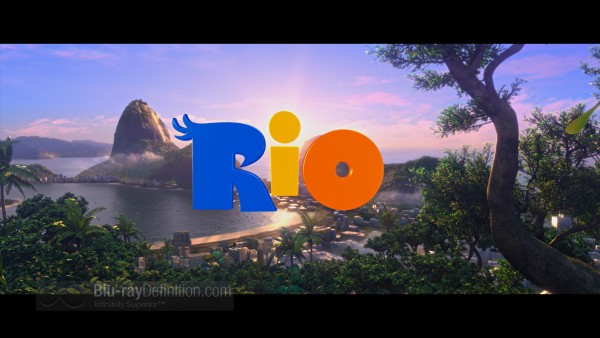 There’s nothing very inventive about the story behind this latest CG-animated feature from 20th Century Fox’s Blue Sky Studios and director Carlos Saldanha, the same folks that brought us the Ice Age movies. In fact its basic fish out of water premise was seen in another recent animated feature, Rango, executed with a bit more invention. But Rio’s appeal lie in its beautiful colors and charismatic Brazilian soundtrack.

The story is of a macaw named Blu (Jesse Eisenberg; The Social Network; Adventureland) who is stolen from the jungle by smugglers as a baby. He falls off of the truck that is transporting him in the middle of a small town in Minnesota where he is rescued by a young girl who raises him as her pet. 15-years later, Blu is grown up and still living with his owner Linda (Leslie Mann). She’s a nerdy bookstore owner, and he is a sheltered, but intelligent and domesticated bird who can’t fly. But Blu’s comfortable lifestyle is soon disturbed when the Brazilian scientist Tullo (Rodrigo Santoro) shows up at Linda’s bookstore claiming that Blu is the last male of his species and that he has a female back in Brazil for Blu to mate with, convincing Linda to travel with Blu to Rio de Janeiro. It’s a comfortable trip, but an uneasy meeting between Blu and the beautiful Jewel (Anne Hathaway; Love and Other Drugs), but that’s not the worst of it – the two blue macaws are kidnapped by exotic animal smugglers. Blu and Jewel, now chained together, must fight for their lives and fend for themselves, too bad the domesticated Blu is slowing down their chances for escape.

With a voice cast that features Tracy Morgan, Jamie Foxx, Will.i.Am, the aforementioned Jesse Eisenberg and Anne Hathaway, there are more than enough big names here to pull viewers in, but they also work well with the story. Eisenberg’s voice is quite distinctive and fits the character of the somewhat nerdy and sheltered bird Blu nicely and Hathaway definitely makes for a good, feisty female counterpoint. Together with the superb Brazilian-inspired music from Sergio Mendes, and the dazzling array of colors, Rio makes for a pleasant, if not quite original, family film that kids will surely love. It’s all tame as well, nothing too scary for younger kids to cope with. 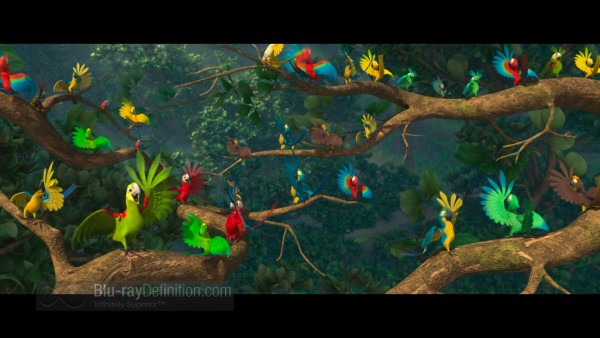 This is just the sort of eye candy that Blu-ray was made for. The 3D version is coming to Blu-ray soon, but this plain ol’ 2D version looks just swell. The bright primary colors of all the birds, the verdant foliage of the Brazilian rain forests, and the sunny South American atmosphere look absolutely splendiferous in this 1080p/24 AVC encodement. There is sharp detail and an absolute absence of any sort of compression or post-processing artifacts to ruin the imagery. 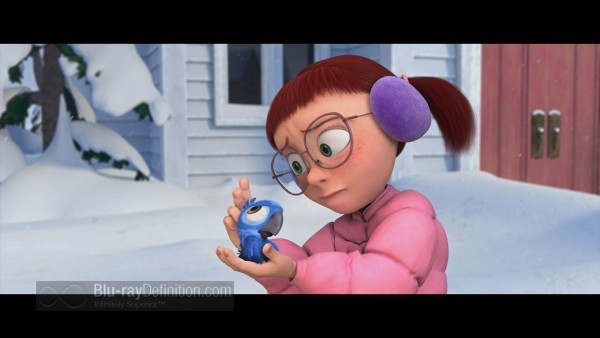 The big rhythmic sounds of Brazilian music, the spacious, atmospheric sounds of the jungles, and the wild and wacky chases through the city streets come across with great dynamic range, robust, extended low frequencies, natural highs, and lots of discrete activity in the surround channels. Dialogue is clean and crystal clear at all times. 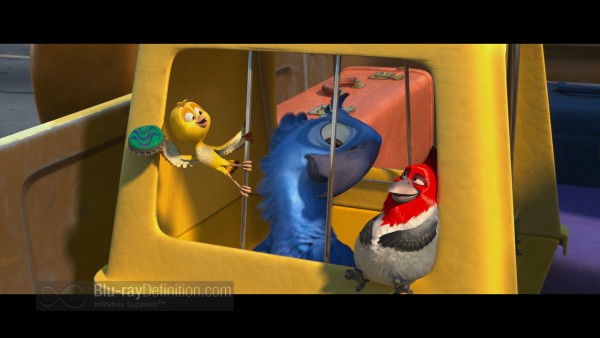 This release is absolutely bursting at the seams with extras, starting with the animated short Scrat’s Continental Crack-Up, before you even reach the menu screen. They’ve even included a free copy of Angry Birds Rio, with 15 brand-new levels, for tablets, mobile phones, and Mac/PC, on the DVD.

Here’s a complete rundown of the supplements: 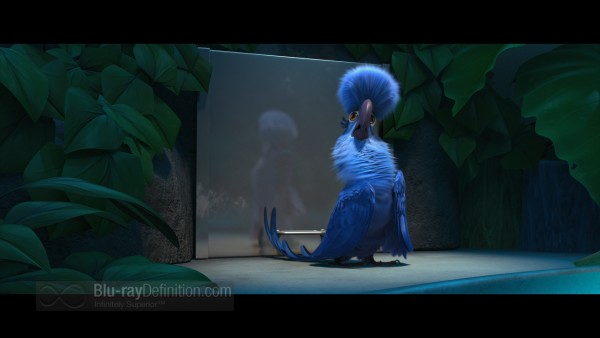 It may not have the emotional depth of a Pixar film at its best or even the pop-culture hipness of Rango, but Rio is a beautifully animated and pleasant journey of a film that is wholesome fun for family members of all ages. 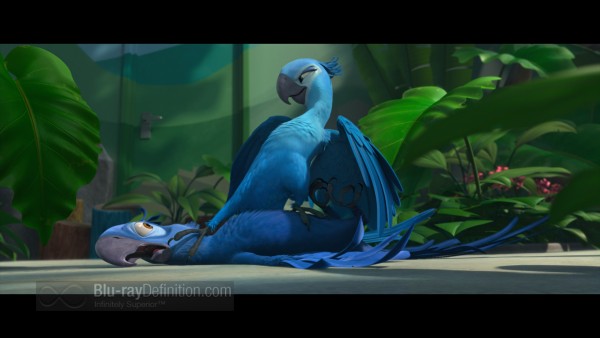 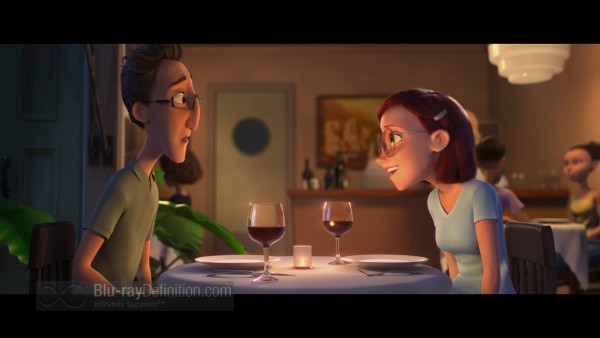 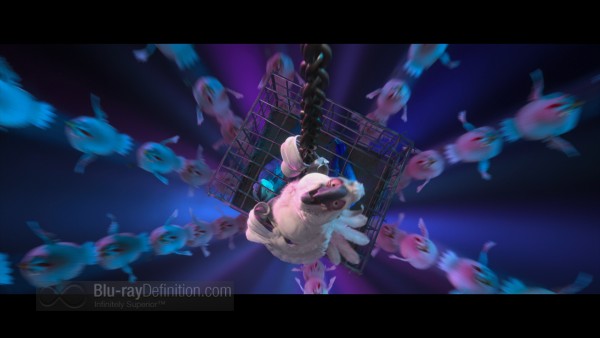 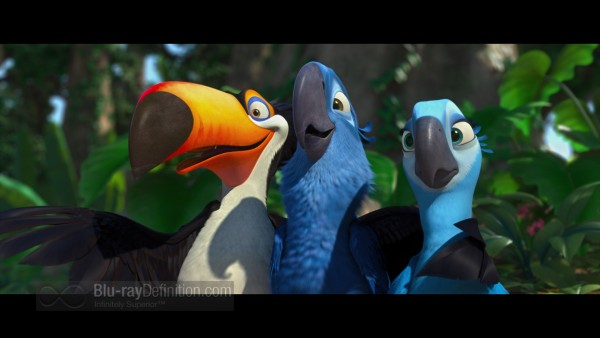 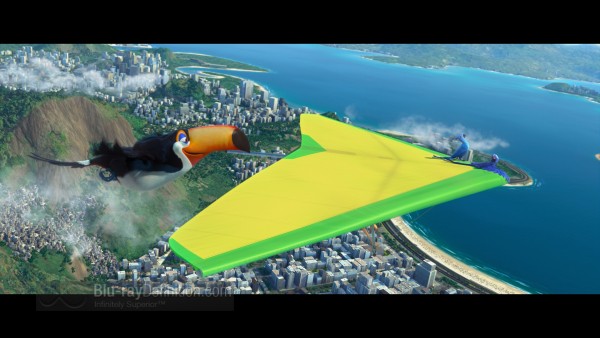 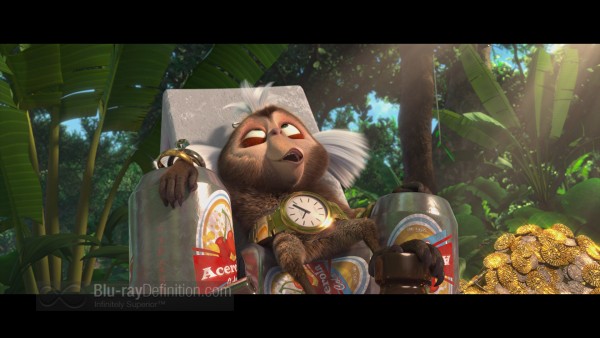 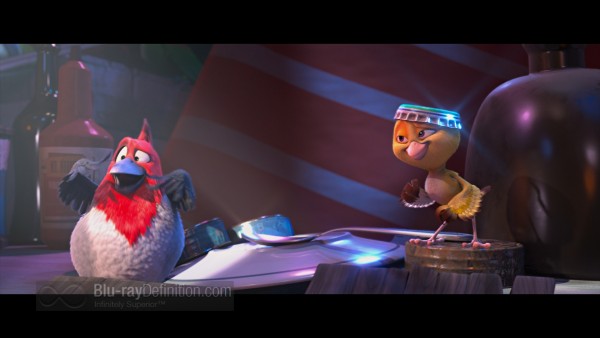 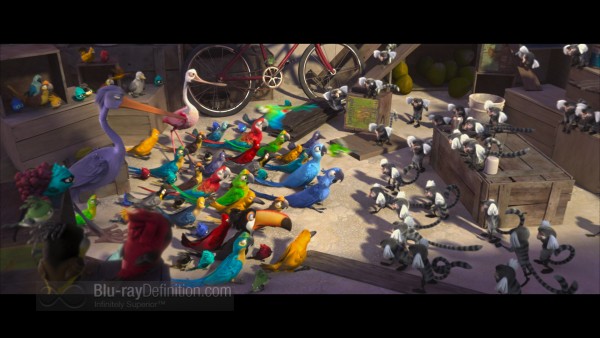 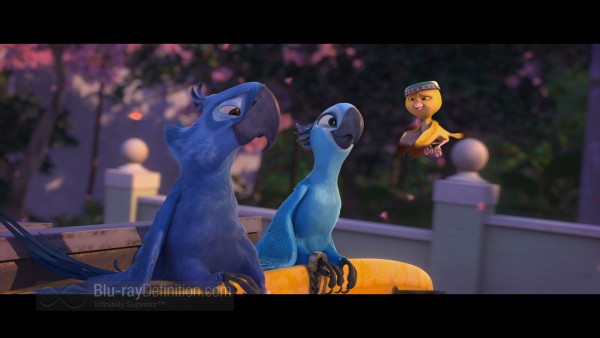