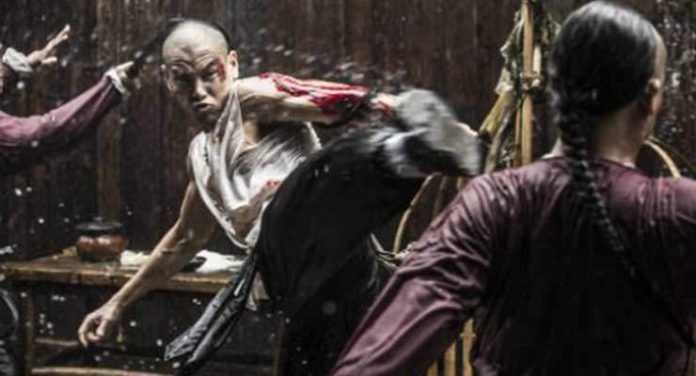 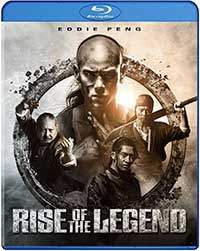 Rise of the Legend stars martial arts star Eddie Peng in the role as the ubiquitous Chinese folk hero Wong Fei Hung, a character whose legend has grown so large that numerous actors have played him over the years, including Jet Li in the Once Upon a Time films. The stories about Wong Fei Hung have become so embellished over the years that hardly any of them have mush to do with the real-life man, and Rise of the Legend is no exception. Apart from Fei, as he is called in this film, having reportedly at some point in his life stood up against a dock gang, Rise of the Legend can be taken as pure wuxia fiction. Peng plays the

orphan Fei who infiltrates a notorious dock gang so he can take them down and ultimately kill the leader responsible for killing his father years before. Rise of the Legend, like many wuxia films is not one for subtleties or for exposition — the characters are drawn in broad strokes that are there only to move forward the admittedly excellent choreography and fill up the scenery during the CGI and wire-work action sequences. Fei and his friend are the righteous and stalwart seekers of justice, his love interests are the whore with the heart of gold and the dutiful girlfriend who also happens to be a badass fighter. The bad guy is the corpulent, villain ready kill at a moment’s notice. Two-dimensional, but good enough to serve up what these sorts of films are really about, and that is an unbelievable amount of martial arts action.

Rise of the Legend was shot on various digital cameras with the main one being the Arri Alexa XT in 2.8K resolution and a 2K DI was used. The film is brought to Blu-ray in what is a very good-looking 1080p encodement on Blu-ray from Well Go USA. On the slightest hint of banding can be seen around the edges in some scenes, but otherwise we get a fairly clean and detailed image with solid black levels and good contrast. Textures are crisp and colors look realistic if just bit purposely desaturated.

Rise of the Legend comes with an exciting Mandarin DTS-HD Master Audio 5.1 mix on Blu-ray. The sound

engineers make sure that every punch, kick, and body blow lands with a big, thunderous low end to support it, and there are lots of discrete sound effects panned throughout the room during the multitude of action sequences. This is not at the expense of the dialogue or the music, which are balanced wonderfully into the mix.

There isn’t much included here outside of a less-than-informative Making Of that supplies a few brief interviews and behind the scenes footage.

Excellent non-stop action and an overdose of CGI and wire work make what is a typical yet enjoyable wuxia film watchable. Eddie Peng delivers the martial goods and the choreography will keep genre buffs well entertained.