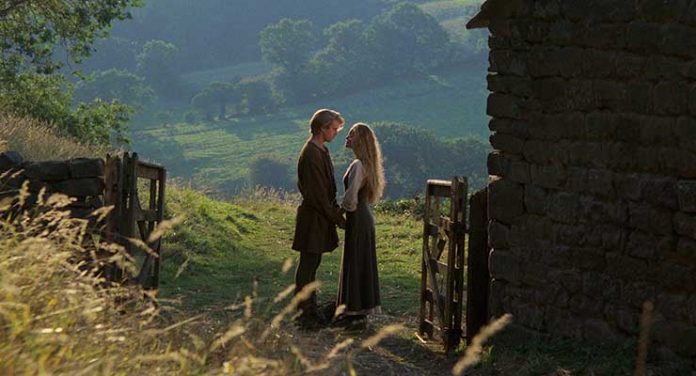 Based on the William Goldman novel of the same name, The Princess Bride is set as a story with a story, as a sick kid home from school (Fred Savage) begrudgingly allows his grandfather (Peter Falk) to read him a story from an old family book. The weary kid is at first turned off by what seems like a sappy “kissing story” about true love, but that story delivers a lot more than that. It tells of Princess Buttercup (Robin Wright in her breakout role) who his set to marry a nefarious prince (Chris Sarandon), but her real love is her former stable boy Westley (Cary Elwes), whom she believes to be dead. Westley, who is off becoming a pirate and finding adventure with Spanish sword-master Inigo Montoya (Mandy Patinkin) and a giant named Fezziz (then WWF superstar Andre the Giant). Will Buttercup’s marriage to the evil prince go through or will true love prevail?

The story of The Princess Bride is a filled with swashbuckling, comedy, and quotable lines that the young “grandson” can’t help to get drawn into – nor can we as the viewer. This classic from Rob Reiner seems to never age thanks to both its homage to and revision of the fairy tales that pervade our common consciousness. While the film pokes fun at the genre, it never does it in a cynical way so popular today. And because of the sense of adventure, fantasy, and camaraderie that appeals to children, this is one film that can always be watched with the family and never get old.

This release is a new 4K digital transfer of The Princess Bride created in 16-bit resolution on a Northlight film scanner from the original 35mm camera negative at Deluxe in Burbank, California, and restored using the 1997 Criterion laserdisc master, supervised and approved by associate producer Steve Nicolaides, as a reference.  This restoration looks fantastic. The film is grainy, but clean and crisp, and very filmic, with excellent colors and shadows. This film is available digitally in 4K Ultra HD with HDR, which also begs the question, when is Criterion Collection finally going to jump into releasing on the 4K Ultra HD disc format? 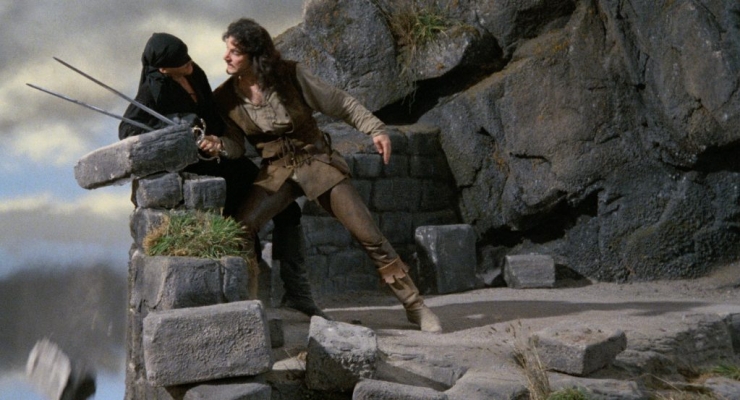 Cary Elwes and Mandy Patinkin in The Princess Bride (1987). Courtesy of the Criterion Collection
9 Photos

The Princess Bride hits Blu-ray with a solid English DTS-HD MA 5.1. There are good atmospherics and dynamics and clear dialogue. This isn’t going set the house on fire or bring the walls down with low frequency rumble, but it’s satisfying.

The special features included with this release of The Princess Bride from the Criterion Collection are fantastic, as always. See below for details.

The Princess Bride is a classic reworking of fairy tale tropes with lots of humour, adventure and romance, deftly handled by director Rob Reiner and a solid cast of Cary Elwes and Robin Wright, supported by the likes of Billy Crystal, Mandy Patinkin, and Andre the Giant. This Criterion Collection Blu-ray release is fantastic — packed with supplements and looks amazing.

The Princess Bride is out on Blu-ray & DVD October 30, 2018 from the Criterion Collection