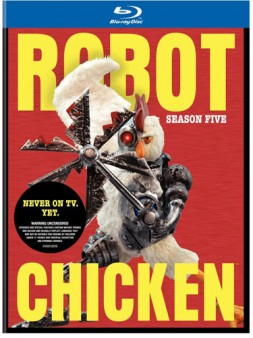 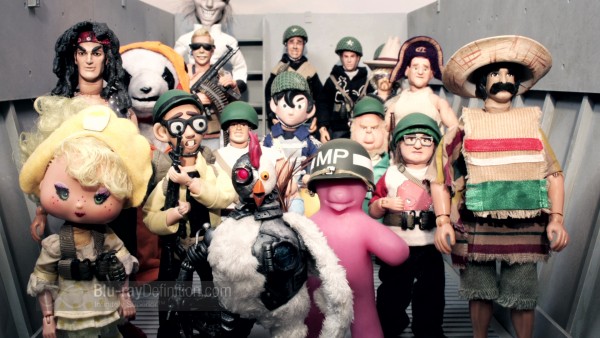 Another season of Robot Chicken, another series of insane pop culture parodies. If you’ve watched any amount of this series, you already know what it’s about, and to try to give an actual synopsis of the season is hopeless. For the uninitiated, Robot Chicken is a stop-motion animated comedy/parody series that runs on Cartoon Network from co-creators Seth Green and Matthew Senreich. It’s bawdy, it’s offensive, it’s puerile, and, surprisingly enough, it’s often rather funny.

Season Five on Blu-ray arrives with 20 uncensored episodes in tow (that means you get all the “naughty” words kept in without the “bleeps”) and they tackle some of the usual stuff, like The Matrix, Saving Private Ryan (“Saving Private Gigli”) and even Schindler’s List (“Schindler’s Bucket List”). There’s even a Christmas episode here with Santa Claus busting in on a Coca Cola board meeting and laying down some serious whoop-ass so he can paid for them using his likeness. Oh, yeah, and before I forget, (as if I ever could), there’s the Avatar spoof, “Blue Rabbits.” Personally, I found this season much more enjoyable than the recent Star Wars parodies. 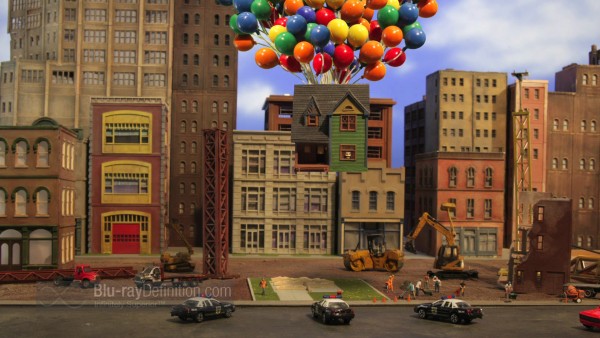 Robot Chicken arrives on Blu-ray with a 1080i/60 VC-1 encodement from Cartoon Network. It looks sufficiently detailed for this sort of program material, although occasionally it tends to look just a little on the softer side and shows a little video noise. I wonder how much squeezing the entire 20 episodes plus all of those high definition supplements all on one disc may have lowered the overall quality of the main feature here, but it is still respectable. 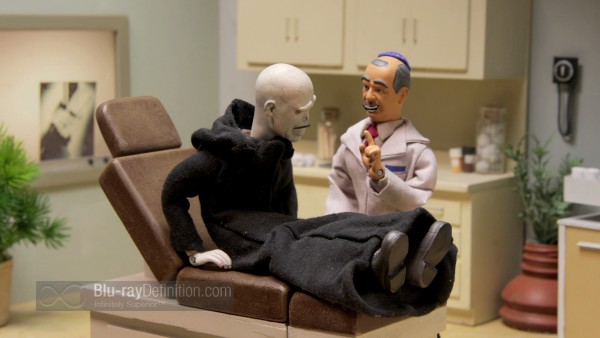 The Dolby TrueHD 5.1 soundtrack is adequate, but hardly a home theatre showcase. Most of the action is spread out nicely across the front with a good amount of low frequencies, although the highs sometimes sound just a tad bit jagged. Dialogue is absolutely clean with no hint of clipping and there are some low level atmospherics in the surround channels. 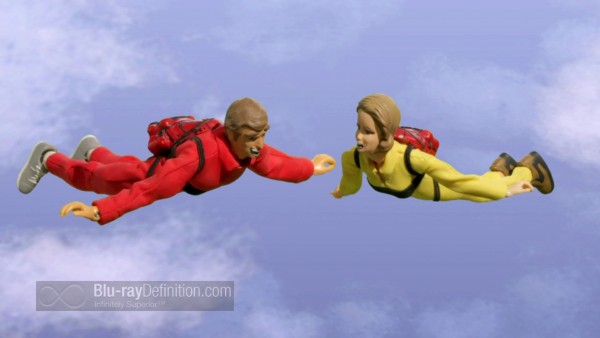 This is where this disc really shines. There is a serious amount of bonus materials squeezed onto this one disc, including audio commentaries for every episode that include some of the guest stars, like Katee Sackhoff, Michelle Trachtenberg, and Donald Faison. Each one of the commentaries sounds like a bawdy, out of control party, so don’t expect much insight from any of them. Additionally, there are a tonne of featurettes in HD, alternate audio with different character voices for some of the sketches, and a heck of a lot of deleted scenes and animatics. For the purposes of space, Ive left out listing all of the individual commentaries and some forty or fifty odd deleted animatics from this review. 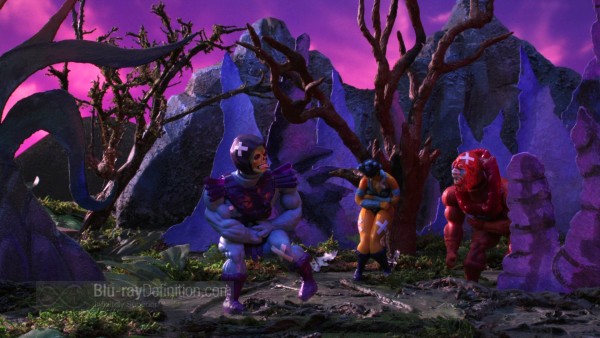 There should be more than enough here to keep Robot Chicken fans satiated. It continues the hyperactive, insanity that is Robot Chicken humor while offering up hours of bonus materials. Recommended. 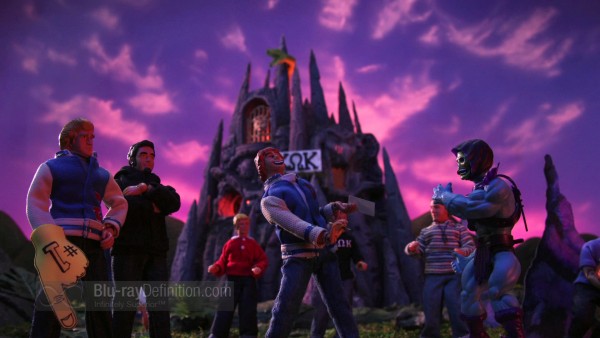 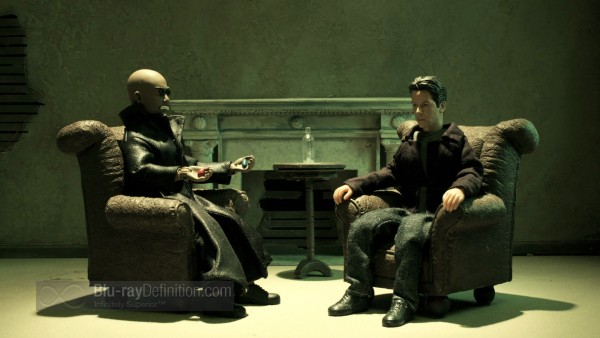 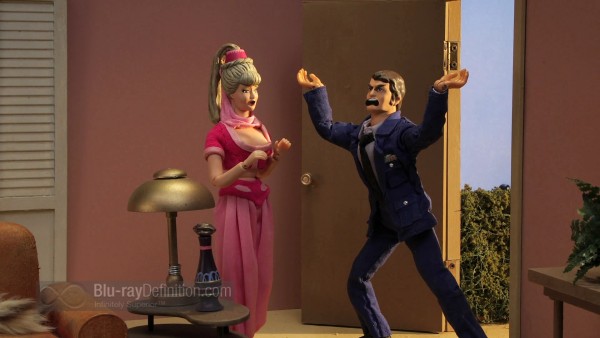 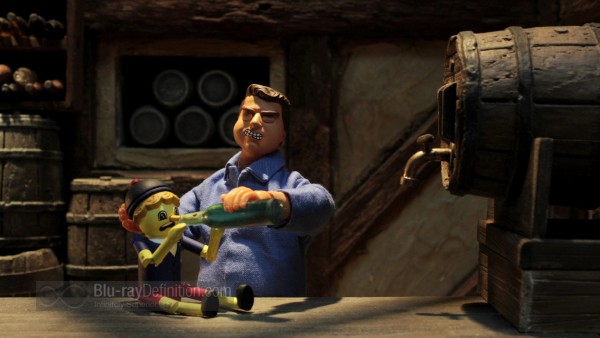 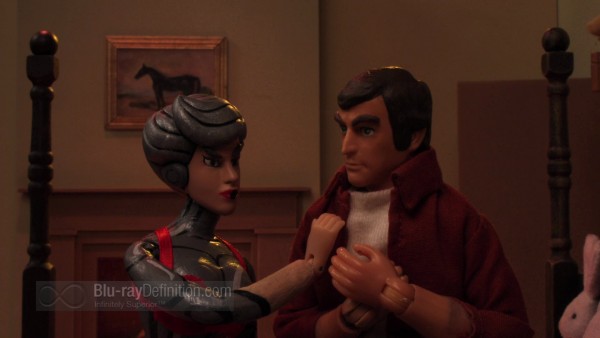