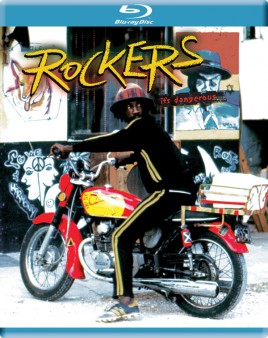 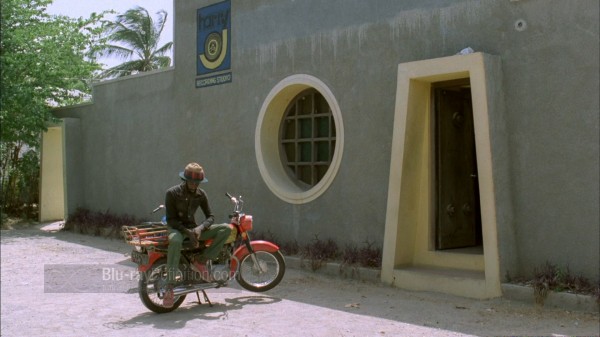 The 1970s were the halcyon days for the Jamaican musical form reggae. Bob Marley had taken the music around the world and by the end of the decade many musicians who used the style to fuel their own musical explorations had embraced it. In Britain, in particular, such acts as The Police, The Clash, and UB40 had risen out of the punk scene to create the New Wave movement fueled by a reggae sound that would captivate audiences around the world.

It should come as no surprise then that there would spring up a number of projects out of Reggae’s homeland to take full advantage of the newfound interest in the island art form. 1972’s The Harder they Come, starring Jimmy Cliff, was one of the first films to seize on the popularity of reggae and exploit the genre, just as the so-called “blacksploitaition” films in the United States would do with their funk and soul-infused soundtracks.

Rockers is another of these reggae films that seemingly exists solely as a celebration of reggae and Rasta culture,  positioned to take full advantage of the popularity of the genre at the time. The film, featuring reggae drummer Leroy “Horsemouth” Taylor, doesn’t quite tell a linear story, but rather follows the exploits of Horsemouth as he attains a motorcycle, has it stolen, then enlists a number of his friends to get his bike back. There’s also a sort of Robin Hood plot interwoven into the story, where Horsemouth and his friends fight back against a crime organization and take back what belongs to the people.

The thin plot is merely secondary in this film, however. Rockers is simply a fun, ganja-fueled run through Rastafarian culture with cameo appearances by some of the heavyweights of roots reggae like Burning Spear, Peter Tosh, and Gregory Isaacs. It’s all about the music and the vibe when it comes to Rockers. This is late night fare and it is clearly weighted to its time, but this is classic reggae entertainment that is not meant to be taken too seriously. 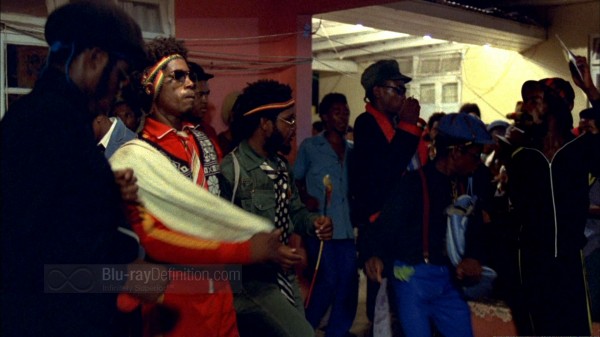 The low budget nature of Rockers does not lend itself to looking brilliant in high definition, but the original 35mm source has been cleaned up quite nicely for this Blu-ray release from MVD. Film grain is present and, naturally, inconsistent due to the production, but the 1080p 1.78:1 VC-1 encoding is free from any harmful compression artifacts and retains a natural look. There are problems with black crush and film grain verges on video noise in some darker scenes, but other than that, Rockers probably looks about as good as it can get on this high definition release. 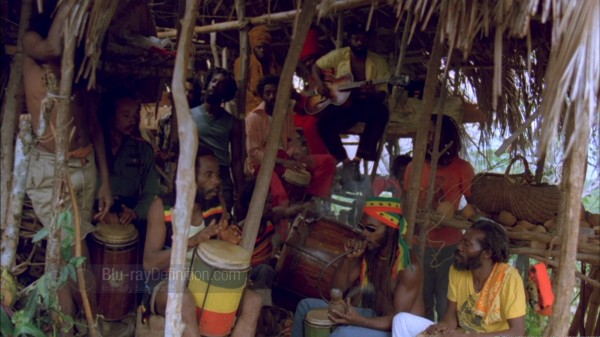 The soundtrack for Rockers has been provided only in lossy Dolby Digital 5.1 and 2.0 options. Given the quality of the recording, I’m not certain how much of an upgrade a lossless version would have been. The sound is a little muffled and displays quite a bit of crackle throughout the presentation. There’s not much more than some very low-level ambient information mixed into the surrounds for the 5.1 presentation and low frequencies are mild at best. 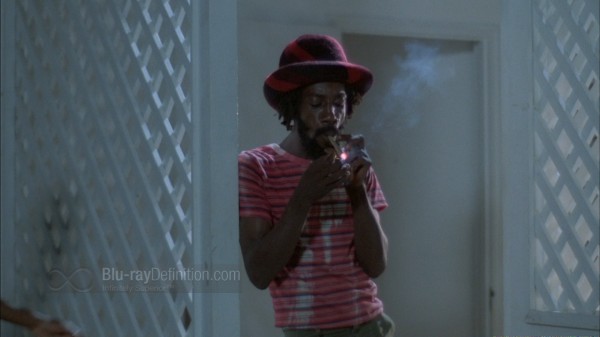 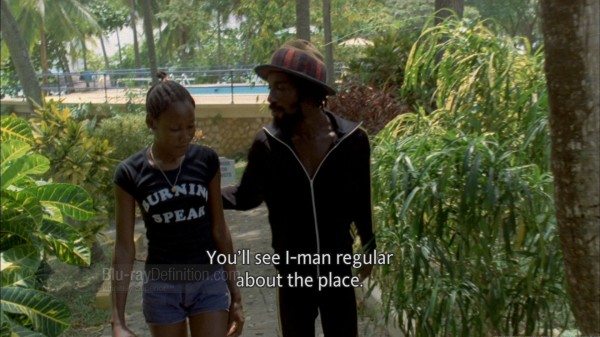 Like The Harder they Come, Rockers is classic reggae entertainment. Throw it on for some lighthearted late night weekend fun to catch some of the giants of reggae. Just don’t expect reference quality from this low budget film and barebones release.