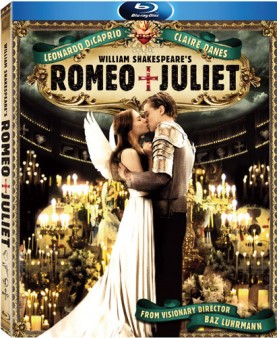 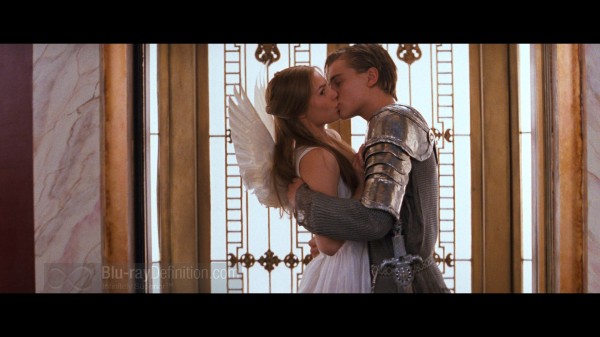 Whether you love or hate Baz Luhrmann’s 1996 film Romeo + Juliet will have a lot to with which camp you fall into, those who don’t mind contemporary re-workings of Shakespeare’s plays and those who do. I’ve always fallen into the latter; perhaps because I have yet to come across one of these “hip” versions of Shakespeare that I thought was any good at all. They all seem to miss some core element of Shakespeare’s writing in some way or the other.

In the case of Romeo + Juliet, it’s that the dialogue has been hacked to pieces and much of the acting is terrible. The director and the young actors seem to think that merely shouting the words makes it new, or modern. Some of them just seem lost entirely.

But, Luhrmann still gains points for style and originality in this re-working of Romeo and Juliet. Removing the play from Italy and setting in L.A., the tragic story of Shakespeare’s young star-crossed lovers takes on a colorful, ultra-modern twist dressed up in blazing primary colors with a contemporary soundtrack and frenetic visual effects.

Long before Leonardo DiCaprio was just “Leo” and when Claire Danes was still “that girl from My So Called Life“, the two starred in the eponymous roles. I tip my hat to Danes for outperforming her male co-star in this outing. Note should also go to Pete Postlethwaite in his role as the priest, one of the few actors in the production who did not seem lost in the midst of Shakespeare’s dialogue. 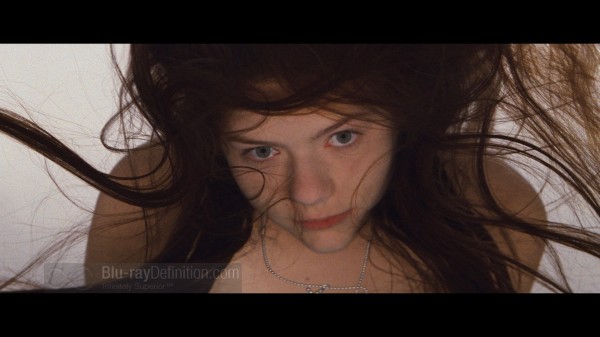 The 2.40:1 AVC/MPEG-4 1080p encoding of Romeo + Juliet has been overseen and approved by the director Baz Luhrmann himself. It has a strong film-like quality with an obvious layer of grain that sometimes jumps a bit. Colors are very saturated and flesh tones are more toward the reddish side than absolutely natural. Overall, however, the transfer is a solid one free from artifacts and processing missteps. 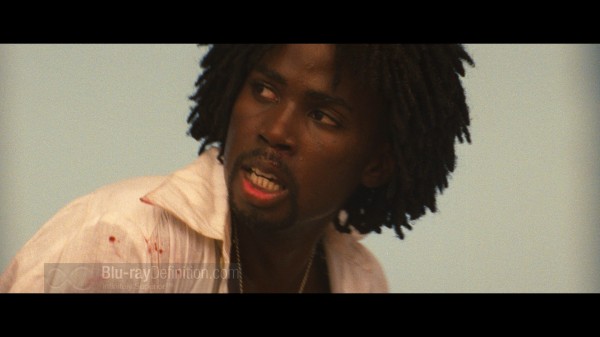 The English DTS-HD Master Audio 5.1 mix is engaging with the surround channels used for an abundance of atmospheric effects and some occasional discrete panning. The low frequencies are deep, high frequencies are smooth and easy on the ears and there is a good amount of dynamic range. Dialogue is clear, intelligible and well balanced in the mix. 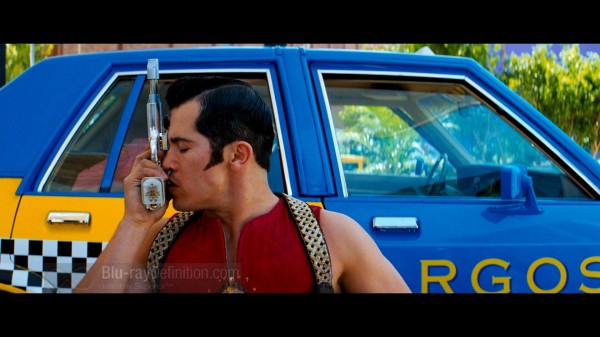 There is a heavy dose of supplements on the release, including lots of behind-the-scenes footage, extended scenes and the marvelous picture-in-picture mode plus the Live Extras, which features access to IMDb so viewers can look up actors’ bios and film information while viewing the film. 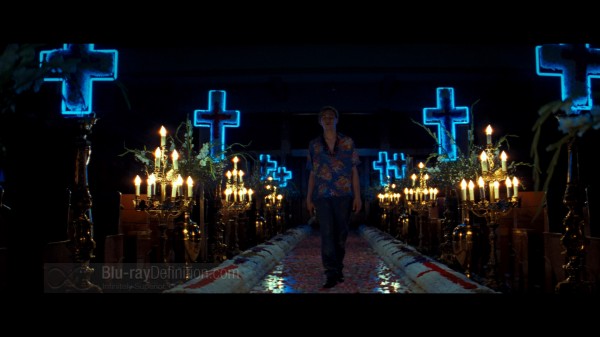 Luhrmann’s Romeo + Juliet is a visually stunning, experimental gem in the world of Shakespeare interpretations, but it lacks the emotional resonance of other interpretations and feels too glitzy and shallow.  Its only saving grace is Shakespeare’s centuries old text, the solid performance by its leads, and one or two decent performances amongst the supporting cast. Otherwise, this brand new Blu-ray release is still quite enjoyable to watch and offers a fine home theatre experience, I’d just recommend renting this one rather than purchasing it. 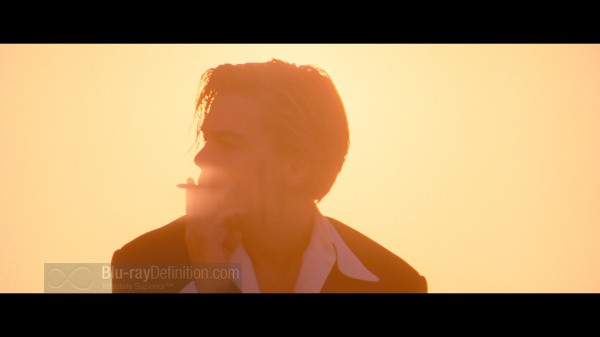 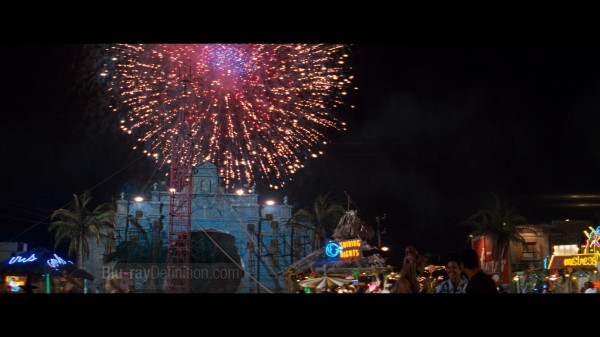 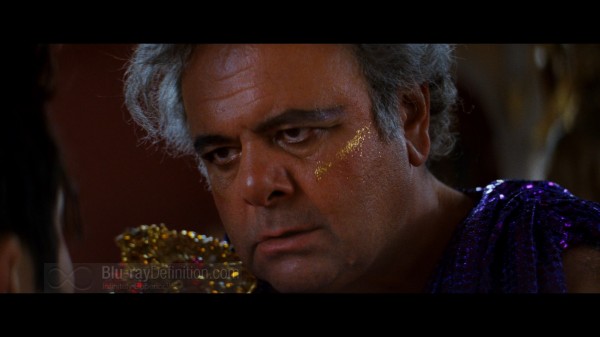 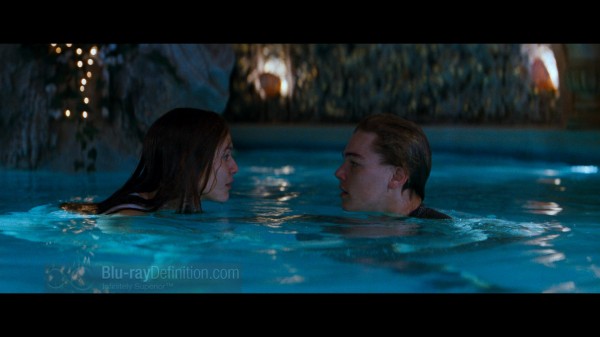 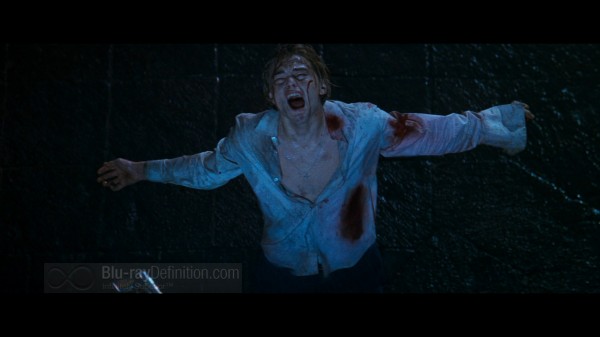