Sailor Moon S, the third season of this popular maho shojo franchise arrives in a Blu-ray + DVD Combo Pack from Viz Media with a brand new English dub in tow. Part 1, which is included here, includes 19 episodes and involves an intriguing plotline right from the beginning. Usagi/Sailor Moon’s friend begins having disturbing visions of an impending apocalypse and immediately the Sailor Guardians are confronted with a new enemy, Professor Tomoe, leader of the Death Busters, who is seeking three special talismans in the pure heart of three strangers. The series also introduces two new Sailor Guardians in the ever-popular fan favorites Uranus and Neptune. Neither of them is eager to work with Usagi and they are also after the talismans.

While this season does have a bit of a sameness factor to it that can lead to some weariness with the franchise in general, the season’s pacing keeps it feeling fresh and the shift in focus to Rei and her troubling visions is refreshing. It’s also a joy to have two new Sailor Guardians added to the lineup who don’t seem to gel with Usagi, which adds some color to what was becoming a rather staid setup by this season in the franchise. The always enjoyable Chibi-usa also makes an appearance and an abundance of jokes about her presumed parentage abound.

Part 1 does eventually settle into the usual Sailor Moon pattern of battling unexpected foes, Usagi’s petty jealousies over Mamoru, and of course her bad study habits, but the extended character lineup and shifted focus to the new characters (and much stronger character development outside of Usagi herself) keeps the show interesting.

The animation doesn’t change much and, in fact, it seems a bit quaint by today’s standards, to be polite. Another way of putting it would also be to say that it seems a little cheap in the way many of the sequences are reused, such as when the girls transform into their guardian personae, both during the episodes and, for Sailor Moon especially, during the episode previews. 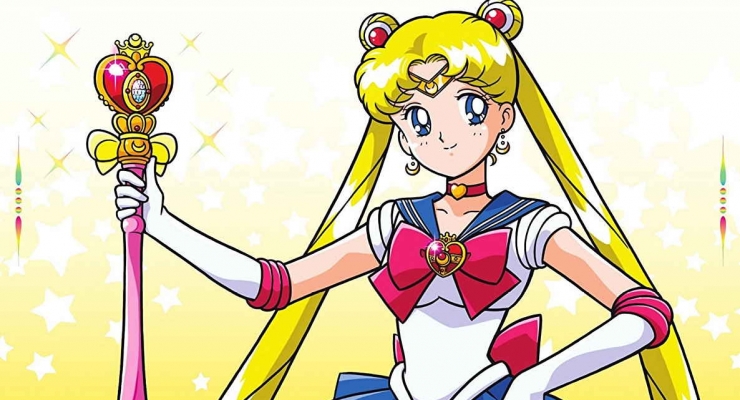 The video quality for Sailor Moon S is hardly reference quality, but it isn’t as bad as season 1. Still, it’s obviously an upscale from standard definition given the motion artifacts and stairstepping around the line art. The saturation is good, but perhaps a bit too pushed in the primaries, and given this is a series with an abundance of primary colors and that makes all the difference. It isn’t a very tidy looking image overall. The series arrives on Blu-ray in the usual AVC 1080p encodement framed at its original 1.33:1.

Both the original Japanese monaural track in DTS-HD Master Audio 2.0 and a new English dub mix in DTS-HD Master Audio 2.0 stereo are included. The sound is never going to be very good for any Sailor Moon release, apparently, and the “stereo” for the English dub is very narrow and limited in scope. The English cast do an okay job, but this classic really sounds better in Japanese.

Each Blu-ray has a gallery of artwork, but the final disc is where you will find a nearly 14-minute-long interview with the English voice cast, the clean opening and closing animations, and a collection of Sailor Moon trailers and other Viz Media release trailers. In total, this isn’t really a windfall of extras for this release, but it is welcomed, nonetheless.

Despite some minor flaws and a feeling of familiarity, this first part of Sailor Moon’s third season, Sailor Moon S: Part 1, is thoroughly enjoyable for fans and evokes a lot of nostalgia. The Blu-ray isn’t the best looking nor is it packed to the gills with extras, but it is still worth owning.