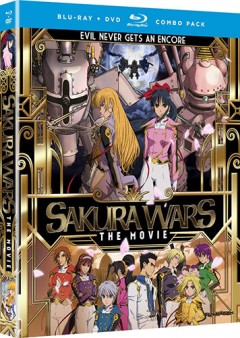 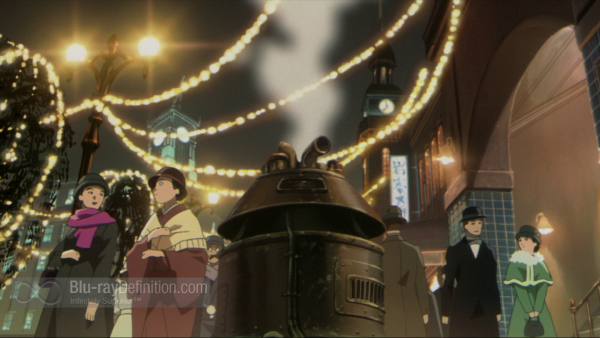 A steampunk/sci-fi anime feature length film based on the Sakura Wars series, Sakura Wars: The Movie is set some months after the events of Sakura Wars 3 and takes place in sort of an alternate version of Taisho Era Japan (1912-1926), a period where Western culture was having a major influence on the nation. While on the surface things are well, Japan and the world are threatened by monsters or demons known as “Kouma” and the only ones who can fight them are the Imperial Assault Force who pilot humanoid robotic fighting machines. Ironically, the Assault Forces are made up of attractive young ladies who spend their days as performance troupes living the life of celebrity. In this film, Lachette Altair has been dispatched to Tokyo to join the Assault Force’s Flower Division and fight the new threat of Kouma that has been appearing. Meanwhile, American Douglas-Stewart company, under the leadership of Brent Furlong, has plans of its own to make Flower Division and all of the young women obsolete with a new kind of demonic fighting force it calls Japhkiels. The young women of Flower Division, including Sakura, and Maria, who is specifically targeted, are left battling for their survival against Furlong’s nefarious plans and his beastly machines.

A fantastic mixture of action, fantasy and mecha in a steampunk world, the best part of Sakura Wars is the magnificently detailed animation. Whether it’s the CG visual effects that seem to blend seamlessly with the more traditional animations or the meticulously sketched character designs, the look and feel never cease to amaze. Most of all, it’s the faces of the characters that impress. The animators place wonderful life-like expressions on the characters faces, from shock, despair or joy that really help the viewer connect with them on a human level.

While the story does go on a bit longer that it should, even given its abbreviated 80-minutes (see the final act where we are given a stage play that completely throws us into a different mood), Sakura Wars: The Movie is still a fine epilogue to the series on the whole, even if its story is quite slight. 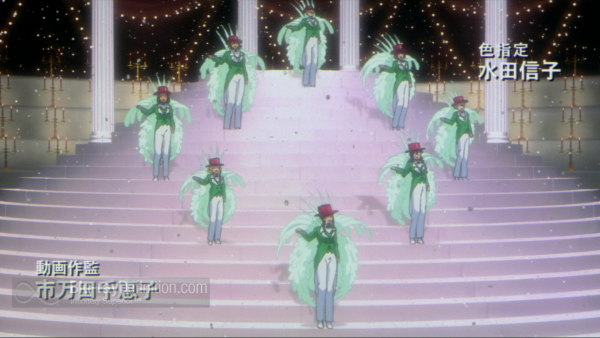 Given this is a title from 2001, Sakura Wars: The Movie looks about as good as one could expect on Blu-ray. It comes in the usual AVC/MPEG-4 1080p encodement from FUNimation, and I’m certain that the artistic choices of the film (i.e. added layers of grain and noise, muted colors, etc.) help to cover up many of the anomalies that might normally stand out in an SD transfer of this sort. Some softness can still be seen as well as some color banding and a little patchiness/compression noise in some darker spots, but apart from that, it’s one of the better older releases from FUNimation. 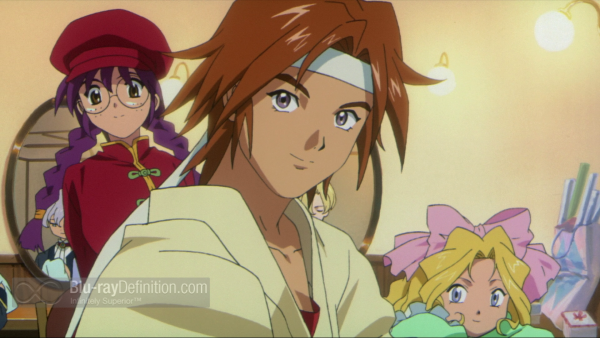 The audio, in lossless Japanese Dolby TrueHD 5.1 (48kHz/24-bit) and English Dolby TrueHD 5.1 (48kHz/24-bit) has that rather low level and limited dynamic range that seems to be the going style with FUNimation’s releases these days. That being said, the mixes are engaging, with lots of sounds coming at you from all around, but not in a fatiguing, unbalanced way. There are plenty of opportunities for the sound to settle down a bit, become a little less aggressive and more atmospheric. The dialogue is clear and remains above the fray, while the low end has some punch during the active scenes, but never reaches down to the very lowest end of the spectrum. 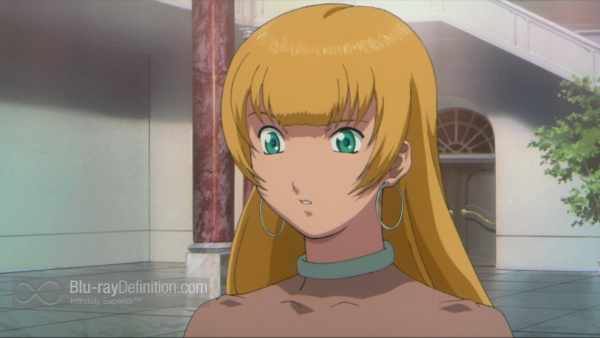 The interview with the Japanese crew is interesting for anime fans, but part from that, we get the usual promo materials. 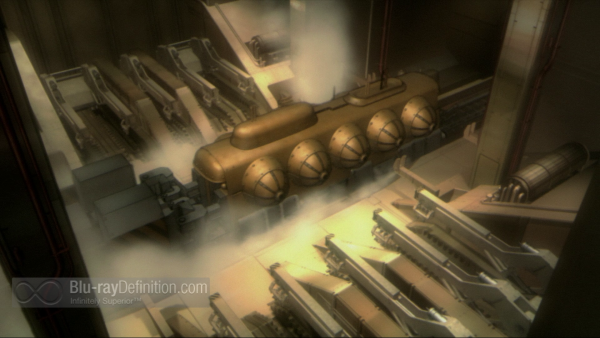 Sakura Wars: The Movie is a beautifully animated feature length that hits enough of the right notes in its brief 80-minutes to make for an enjoyable watch. FUNimation has done a good job bringing the 2001-vintage production to Blu-ray, and it offers a fine upgrade over DVD. 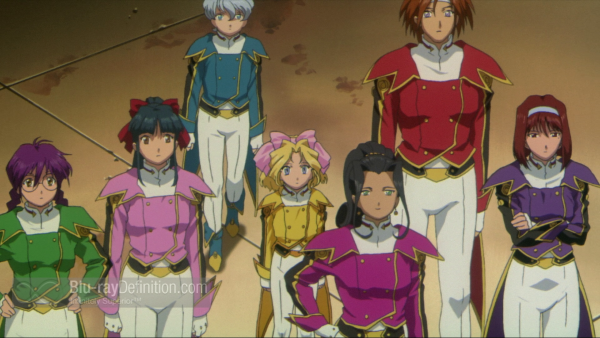 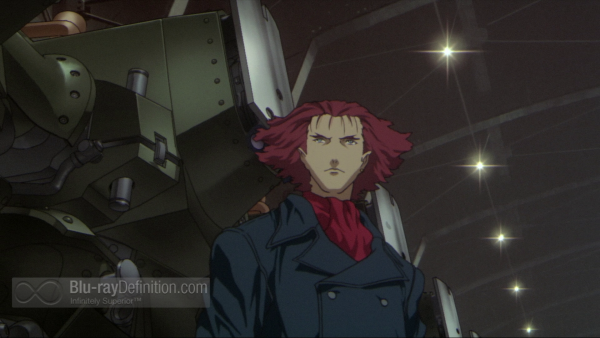 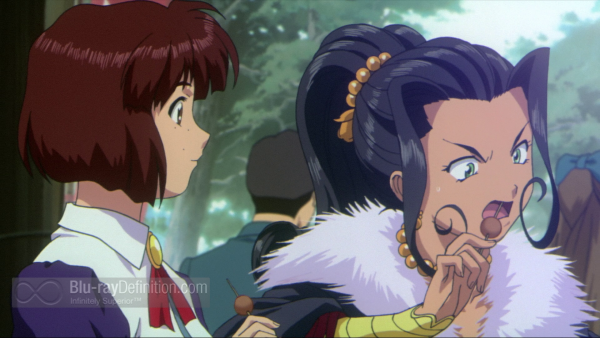 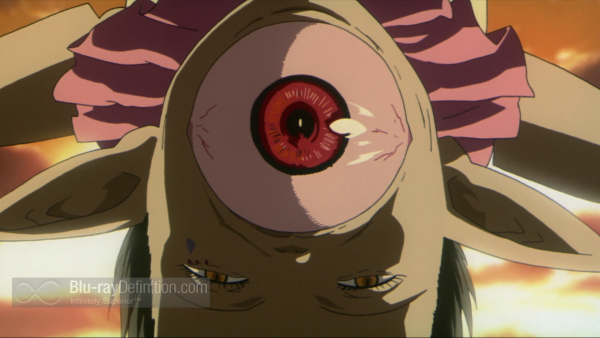 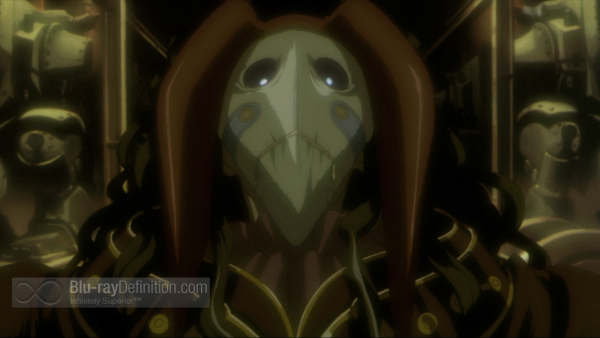 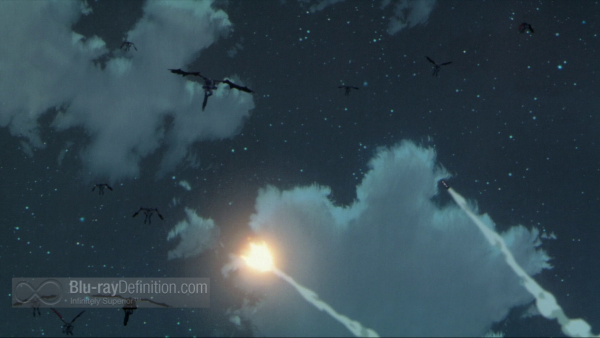 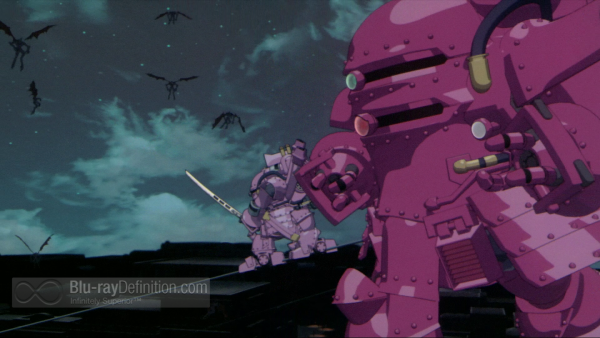 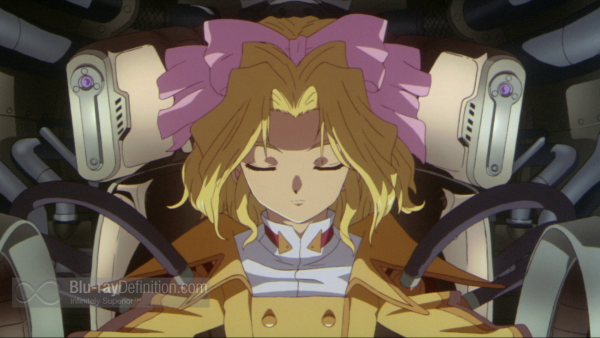 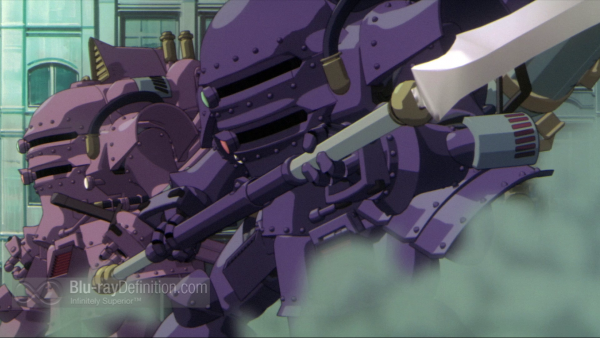 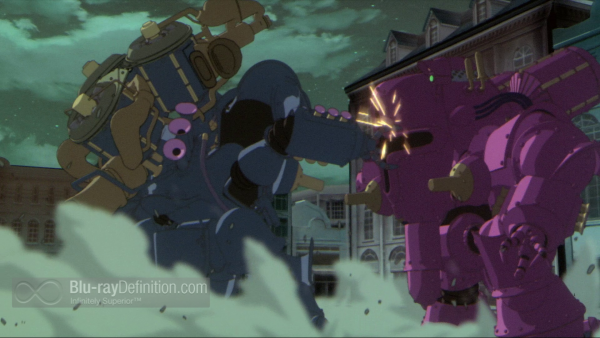 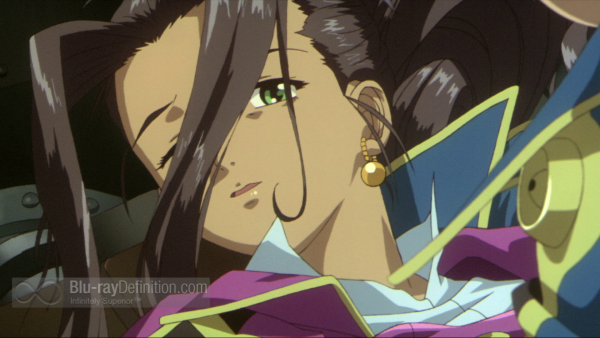 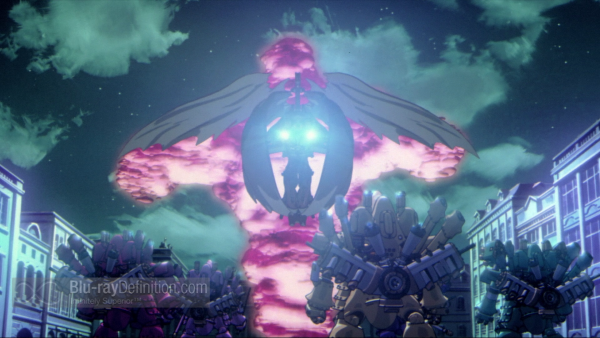 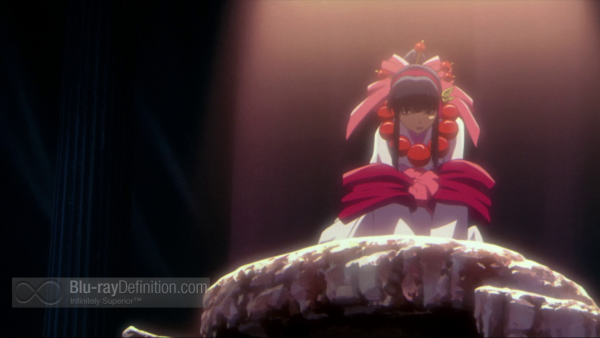 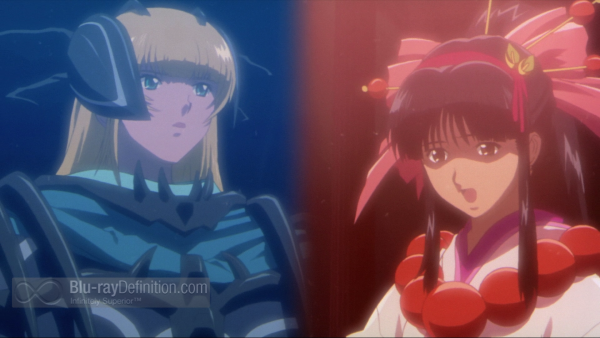