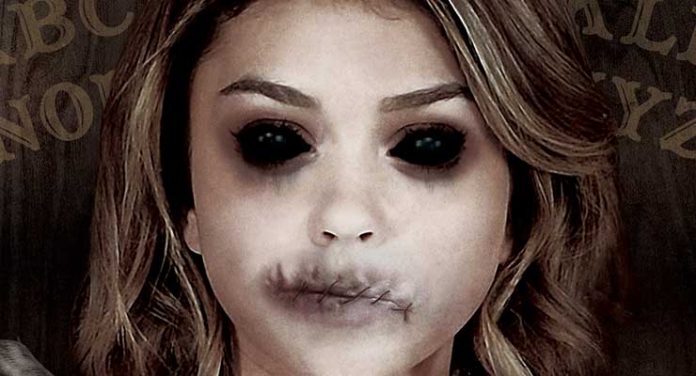 It’s a red flag when a horror movie advertises itself as “from the producers of The Walking Dead” and no matter how much you scour all the credits for said series, you can’t seem to find a single credit for anyone attached to the film listed as a producer. Let’s just give them the benefit of the doubt, but if Satanic, the latest entry in the teen horror/thriller genre from director Jeffrey Hunt, had much more to sell itself on besides the familiarity of Modern Family star Sarah Hyland and an obscure attachment to the hit series The Walking Dead, I’m sure it would. Unfortunately, this mediocre indie horror film doesn’t.

A group of four college teens, Chloe (Hyland), her boyfriend David (Steven Krueger), and her Goth cousin Elise (Clara Mamet) and boyfriend Seth (Justin Chon) head to Los Angeles on spring break for the Coachella music festival. Beforehand they detour to take a morbid tour of occult true-crime sites before hitting the festival. They book a room in a hotel purported to be the site of a gruesome, satanic ritual murder and they meet mysterious runaway Alice (Sophie Dalah), who entices them into a strange satanic ritual. Afterwards, they find themselves suffering through weird occurrences and on the path to real horror.

Satanic spends the first two acts being no more than a typical teen flick rife with cliché horror, road trip tropes and stagnant direction and editing. The characters are annoying and poorly written archetypes. Chloe and David are the “normal” kids and Elise and Seth are the “dangerous” kids into the dark side. David, the sort of “preppie” type clashes with Seth, but for the sake of making peace with his girlfriend goes along for the ride, until the ridiculous turning point where he, out of the blue, sides with Elise and Seth to go tail a dubious devil worshiper from a local magic shop, which leads to their meeting Alice and setting up the final act.

Getting to act three, the only true horror portion of this so-called horror film, it can be described only as a clumsy amalgamation of teen angst, obligatory teen party scene, some gore, and Sarah Hyland screaming at the top of her lungs for about twenty minutes. The open-ended finale will leave even the most ardent horror fan completely frustrated. 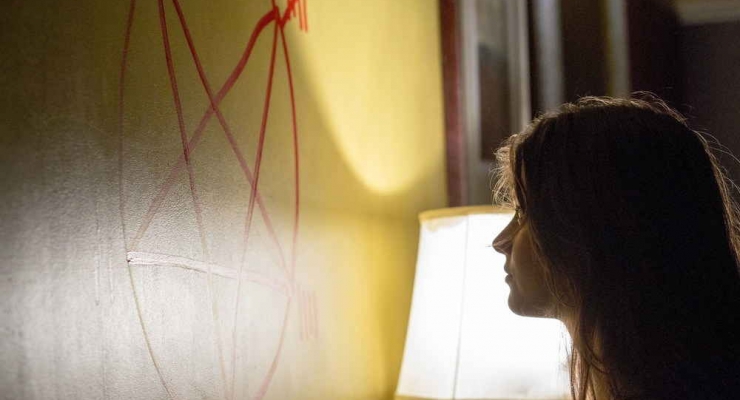 Satanic gets an AVC 1080p encodement on Blu-ray from Magnolia Home Entertainment. It clean and crisp and looks every bit as nuanced as a contemporary modern horror film should. There is an obvious colorcast and desaturated tone for artistic purposes, so it doesn’t “pop”, but it does set the mood. The most obvious spots of video noise come when there are pans of the Los Angeles skyline at night, and it doesn’t look bad, but rather adds a sense of grit.

The sound mix, provided in an English DTS-HD Master Audio 5.1 track, the sole one included, is the biggest strength of Satanic on Blu-ray. It is atmospheric, dynamic and well-balanced. While it isn’t the best mix I’ve heard, it more than gets the job done for a horror film, especially during the final act.

We get mostly what feels like a collection of throwaway extras that are more promotional and “feel good” in nature than actually informational. They are brief and only add up to around twenty minutes in total. No digital copy or DVD is included either.

Satanic may try to cash in on the October festivities by releasing to home video now, but this horror film only has a good twenty minutes of what really qualifies as horror and then it leaves you unsatisfied with the way it ends. The Blu-ray, barebones as it is, looks and sounds good, but this one may be better watched on VOD as a time waster, if at all.