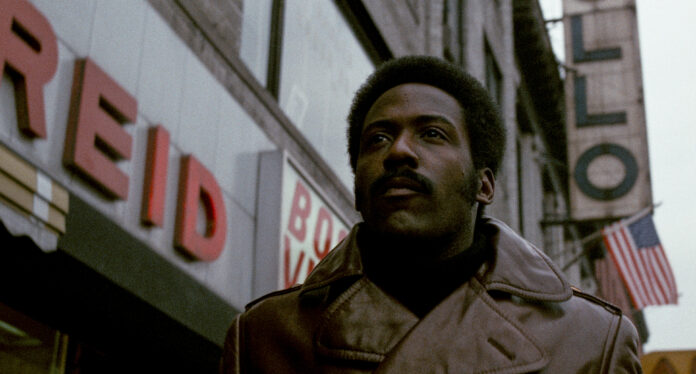 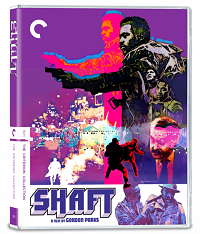 Richard Roundtree stars in the title role of Shaft, the classic crime drama from 1971 directed by the prominent Black photographer-turned-filmmaker Gordon Parks.

Often labeled and lumped in with the so-called blaxploitation genre that bloomed in the 1970s and included films like Super Fly and Black Caesar, this film stands apart from most of those in two ways: the lead character, John Shaft, was not a pimp or drug dealer and the quality of the filmmaking was less grindhouse and more of a straighter indie than the other films thanks to the artistic background of its director.

Private detective John Shaft is hired to find the kidnapped daughter of pimp Bumpy Jonas (Moses Gunn), which draws him into the dangerous crime underworld and rivalry between the Italian mafia and the Black mob. Meanwhile, the cops are also on the case, but Shaft goes his own way.

In 1971, John Shaft was almost like a superhero to the Black community and someone they had not really seen on the big screen. A Black detective who stood up to the cops, fought crime, tangled with mobsters, and seduced women – of all colors. The success of the film only proves how much such material was needed and wanted. Add into the mix the brilliant soul soundtrack and score by Isaac Hayes and you have a classic that stands up to and above many of the other genre films of the era.

Shaft is a new digital transfer created in 16-bit 4K from the original camera negative. Sections too damaged for use were replaced by using a duplicate negative where the original yellow, cyan, and magenta separation were independently scanned and recombined. It comes to 4K Ultra HD Blu-ray in a 1.85:1 HEVC 2160p (4K UHD) Dolby Vision encodement. At first, I felt this looked a little too dark, and surely there is a little bit of crush, but overall, this transfer looks fantastic. Comparing it to the included restored Blu-ray, the image on the Blu-ray is also a bit dark, but it lacks the added dynamic range and wide color gamut of the Dolby Vision and doesn’t present this rather grainy film as naturally as the 4K disc. Moving back to the 4K, the grain structure is presented with a fine, and organic appearance and we see a lot of detail and extended depth of field. The colors also ‘pop’ nicely. For instance, Shaft’s leather jacket and his turtleneck sweater have richer colors compared to the Blu-ray, the blacks are slightly inkier, but there are more gradients from dark to bright and some specular highlight ‘pop’ nicely such as in neon lights, lamp lights and such.

Shaft comes with the original monaural audio mix in LPCM 2.0 and a stereo remix in LPCM 2.0. I preferred the stereo mix to the mono, but either one provides great, dynamic sound, a punchy midrange, and clean dialogue. The hot soul score by Isaac Hayes is presented with superb musicality that really comes through well in the stereo version of the mix with excellent stereo imaging.

Criterion stuffs this 4K set with an abundance of bonus features, both new and archival, that includes interviews with Gordon Parks and deep dives into the cultural significance of Shaft. Also included on separate Blu-rays are the newly restored Shaft in HD and the sequel directed by Gordon Parks, Shaft’s Big Score!. There is also a booklet with an essay by film scholar Amy Abugo Ongiri and information on the transfer.

A classic of Black cinema and 1970s cinema on the whole, this one still holds up and has been fantastically restored and presented on 4K Ultra HD by Criterion Collection.

Load more
A hip Black private eye is hired to find the kidnapped daughter of a gangster and ends up in the middle of a dangerous underworld feud in this Blaxploitation classic from director Gordon Parks. Shaft (1971) (4K Ultra HD Blu-ray Review)