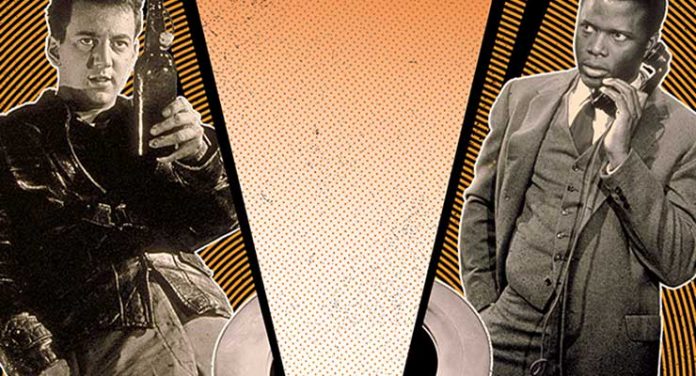 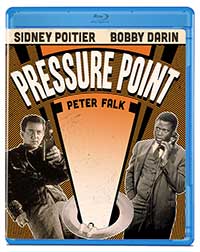 This 1962 WWII drama starring Sidney Poitier and Bobby Darin concerns itself with a black psychiatrist (Poitier) working for the government who — after being approached by his subordinate (Peter Falk) who has run into a barrier trying to treat a black patient who hates white people – recounts his time during the War trying to treat a mentally disturbed patient (Bobby Darin) with Nazi sympathies. The patient’s troubles are recounted through a series of flashbacks, often shot with a surreal, noir-ish style, and the doctor, as we slowly learn, is forced to the brink of crossing professional boundaries.

Pressure Point, directed by Hubert Cornfield and Stanley Kramer, is almost too earnest in its zeal to get its point across, and its screenplay, and even acting, often suffers for it. When we sit down to watch Pressure Point, we know quite quickly that we are being taught a cultural and socio-political lesson. Even so, that doesn’t mean there isn’t much to appreciate in the film. Bobby Darin puts on a dazzling performance as a psychotic, hateful man often on the brink of violence with childhood issues, and the shooting of his flashback sequences serve to enhance his performance. Poitier, the consummate performer, is outdone here, but still works as a strong grounding point. Too bad Peter Falk appears only briefly in the beginning and end, and even when he does appear, he is there only to drive home what we already know the setup of this film is.

Olive Films offers up a stunning transfer of the beautiful black and white imagery for Pressure Point in an AVC 1080p encodement on Blu-ray Disc. We get sharp details with strong, stark contrasts and a lovely filmic layer of unobtrusive, organic grain.

A good original mono soundtrack in DTS-HD Master Audio is offered up with little problems like clipping or hiss to detract from enjoyment.

Only the original theatrical trailer for Pressure Point (HD) is included. 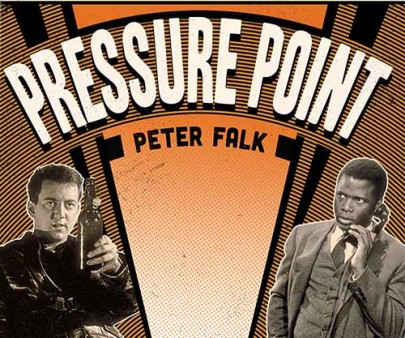 A flawed film with strong points that misses its potential, Pressure Point is perhaps worth a reassessment, but it’s doubtful it will ever break out into the canon of core Poitier fare. The Blu-ray release from Olive Films, however, is a beautifully rendered transfer of a minor catalogue release.