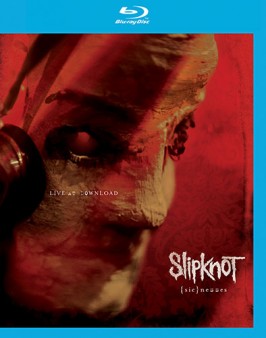 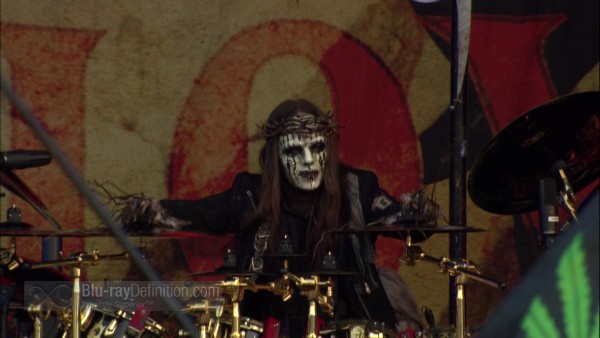 Raw, energetic, and controversial, the Iowa-native metal band Slipknot made their self-titled debut in 1995 and have been at the bleeding edge of the heavy metal scene ever since. Known as much for their image as they are for their audacious shows and musical style (the band perform in masks and go by aliases that are simply numbers, rather than names), Slipknot draw from a vast influence of metal and hard rock that goes well back into the music’s history. Led Zeppelin, Black Sabbath, Metallica, Slayer, Kiss, Alice Cooper, Judas Priest, Beastie Boys and Nuclear Assault can all be heard in their style if you listen closely. A large ensemble consisting of guitarists, bassist, samples, turntables, custom percussionists, drummer and vocalists, the band is often lumped into the “nu metal” category alongside acts such as Korn while also being accused of gimmickry for their theatrical stage shows and masked appearance.

With all that aside, Slipknot rocks and rocks hard, with an onslaught of metal riffs, chugging guitars, pounding percussion, some brief raps, and underlying sound effects that underline themes of death, destruction, chaos, nihilism, anger, disillusionment – you know, the usual metal fixations.

{Sic}nesses – Live at Download is a chance for fans and the uninitiated to catch of glimpse of the band’s wildly energetic performance on tour in 2009 in support of All Hope is Gone while headlining the three-day Download Festival in Donington Park, England. It’s a nearly perfect show of metal audacity and makes me long for my old metal head days. 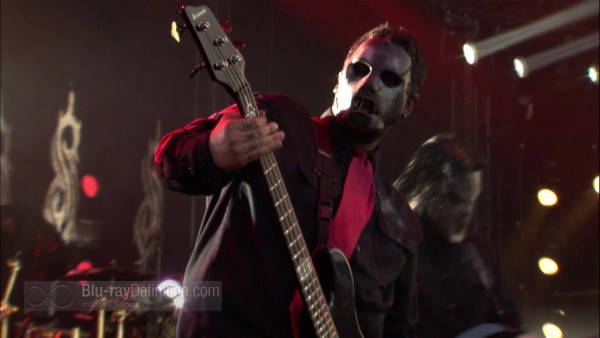 {Sic}nesses – Live at Download was originally captured in high definition and it is offered in a 1080i/60 AVC/MPEG-4 encodement on Blu-ray from Eagle Rock. The constant camera movements, edits and flashing lights don’t make for the ultimate videophile experience, especially not at 1080i, but it is pretty good nonetheless for a concert video, looking life-like and having a minimum amount of artifacts. 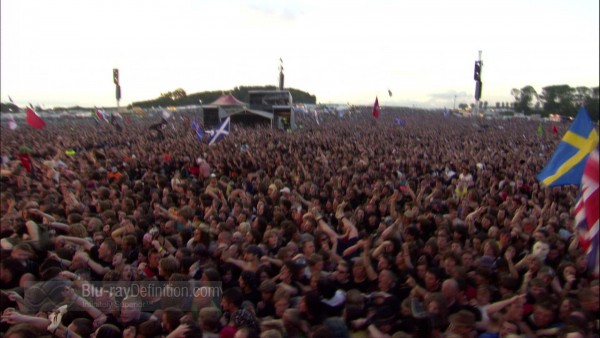 Despite being 16-bit versus the LPCM 2.0’s 24-bit, the DTS-HD Master Audio 5.1 (48kHz) mix is definitely the way to go for this release. The high end might at times sound just a tad on the tizzy side, but, wow, the separation and growl of the guitars, clearer lead vocals, and and punchier percussion give it a clear edge over the LPCM which sounds cluttered and often suffers from the vocals getting lost in the onslaught of sounds. 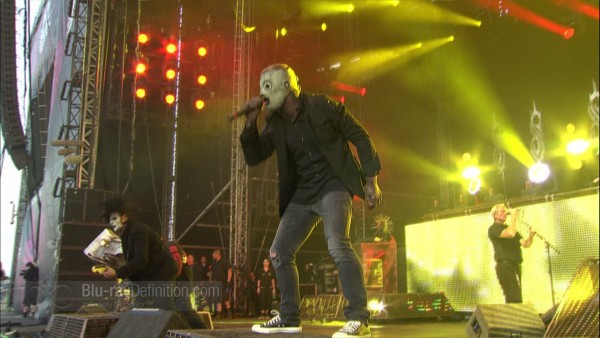 Crank it up and bang your head, this Blu-ray release of the Download Festival headlining performance from Slipknot is a must have for metal heads everywhere. 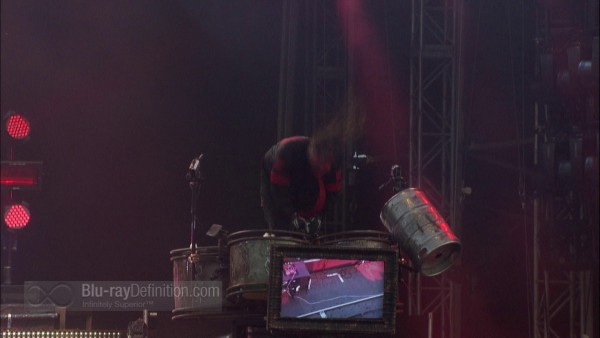 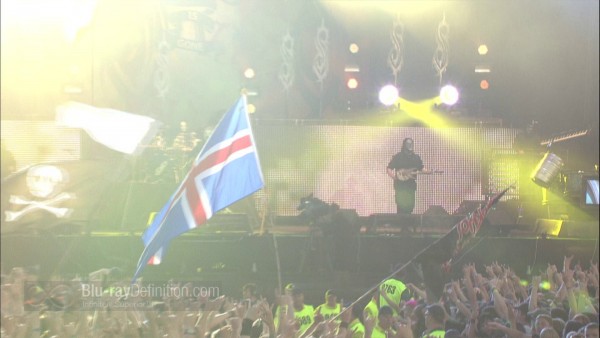 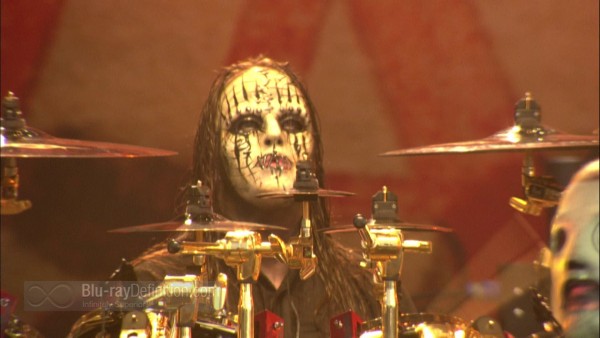 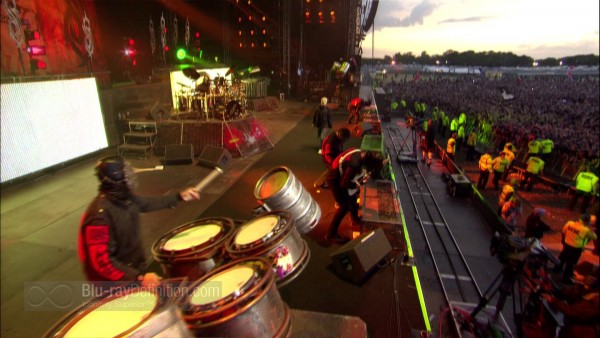 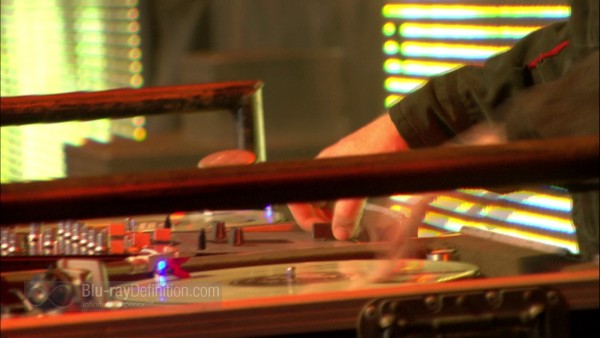 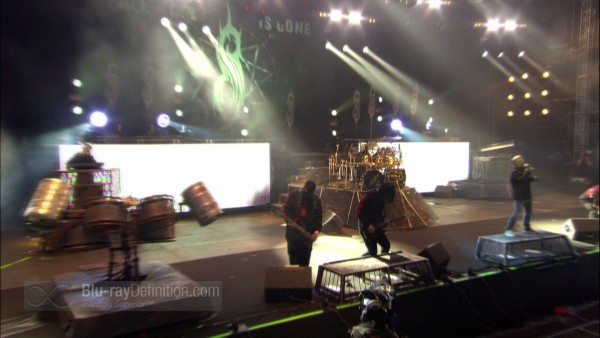 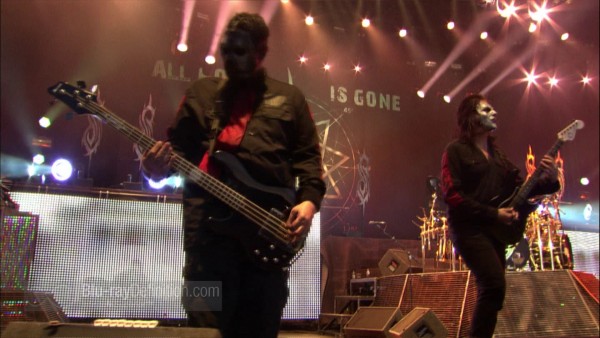 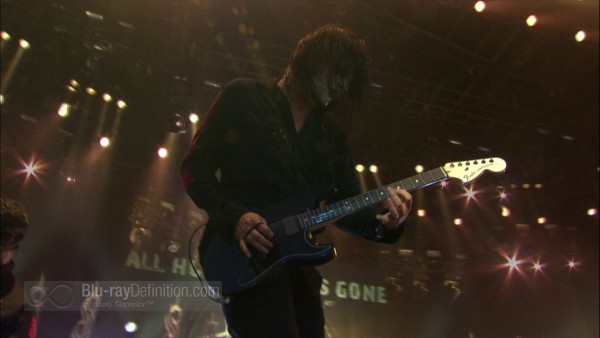 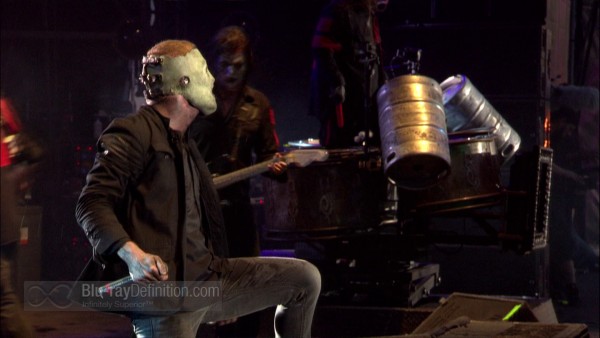 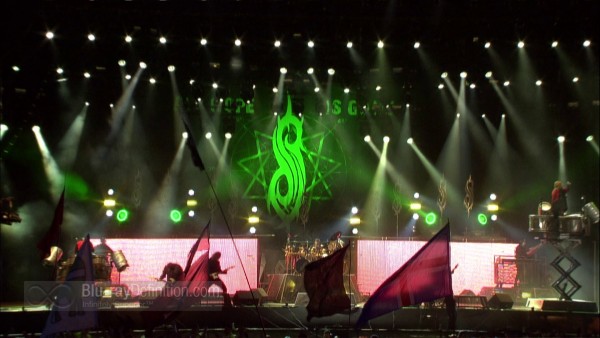 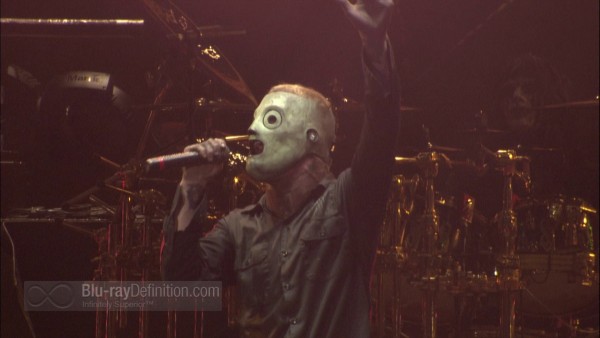 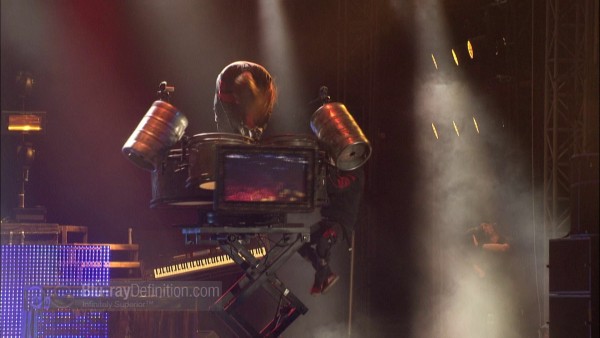 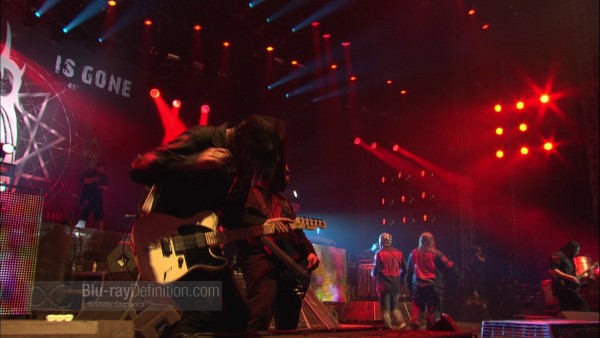 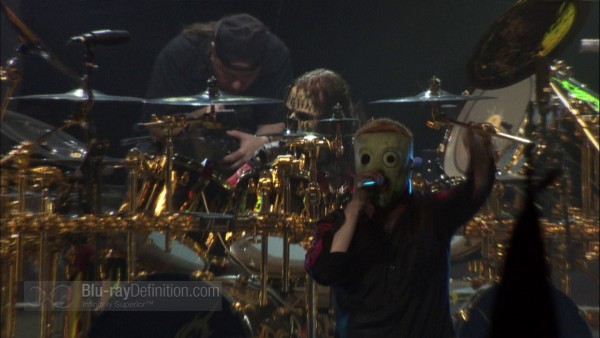 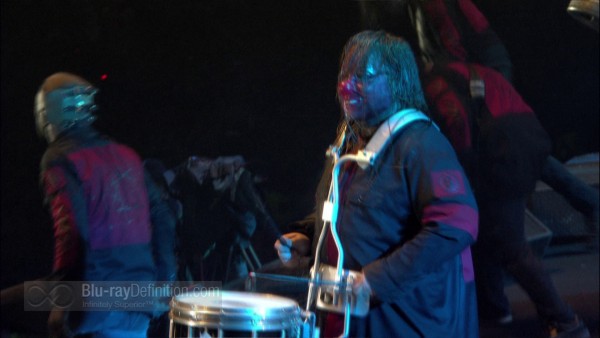