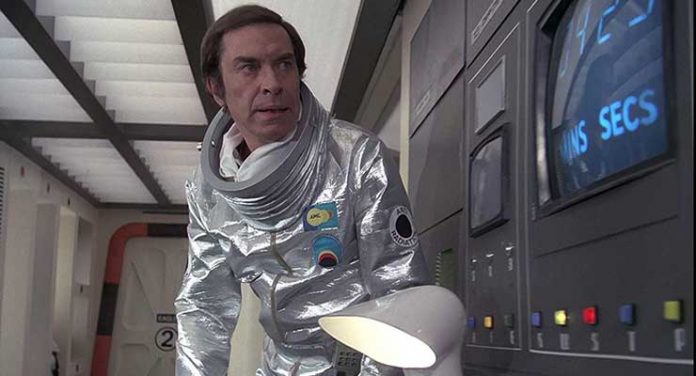 For the first time in North America, Shout! Factory is releasing Space: 1999 — The Complete Series on Blu-ray and DVD. This sci-fi series, which ran over the course of two seasons starting in 1975 doesn’t get as much attention as its more well-known counterpart Star Trek, but is arguably equally compelling for fans of the genre and follows a similar pattern tackling social issues and current events under the veil of science fiction, probably even more enigmatically than Star Trek.

If Star Trek was an often-swashbuckling space adventure about a crew well in the future exploring distant worlds, Space: 1999 was a more cerebral effort, almost taking a cue from Kubrick’s 2001, and set in what was the then near future of 1999. In what seemed like a very feasible and attainable goal at the time, a lunar base is setup, Moonbase Alpha, by 1999, but when a lunar nuclear waste dump explodes, it sends the entire moon blasting out of Earth’s orbit — Moonbase Alpha along with it, of course. Now they are cutoff from communication with Earth and off on an exploration of the galaxy, the moon and their lunar base their only life support.

Year One arrived with critically mixed success. Isaac Asimov famously hated it based on what he saw as the poor science of the first episode, but others praised the scientific ideas and themes explored in the season, such as traveling through wormholes, as an example. The suits at ITV (the show was a joint British and Italians production) decided to cede much of their creative control to the New York office and bring in American showrunner Fred Freiberger who worked on the third and final season of Star Trek, for Year Two. There is a notable shift in tone, a change in set design, and also new characters added without much explanation. The most popular and successful character added is the alien Maya (Catherine Schell) who effectively replaced the character of Professor Bergman, who had been played by Barry Morse who left the series over a salary dispute. Maya, a shapeshifting alien with advanced intelligence, added a layer to the series that was missing, but even her character could not save the series from the obvious drop in quality of scripts, which seemed like copycat Star Trek adventures, alien of the week stories that sacrificed character development and science.

Martin Landau and then wife Barbara Bain fronted the series for its two-season, 48 episode run. 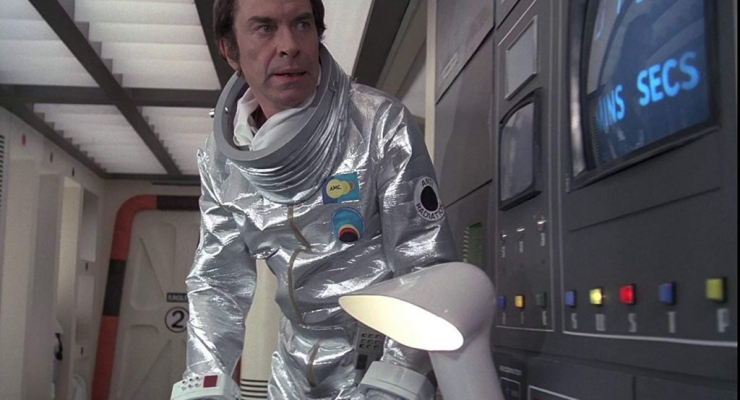 This series, originally shot on 35mm film and nailing from the mid 1970s, looks absolutely gorgeous in this new HD transfer on Blu-ray from Shout! Factory. It is in its original 1.33:1 TV aspect ratio, so there’s no funny business going on with the framing, and in an AVC 1080p enocodement. Apart from some frames where the inevitable aging of the source can be seen and some slight washout creeps in or the unavoidable scratch, it looks fairly pristine, crisp, and very filmic, with vibrant and natural colors and a good amount of its natural film grain preserved even as it has been cleaned up well.

Space: 1999 comes defaulting to its original monaural audio mix in DTS-HD 2.0, but there is also a DTS-HD Master Audio 5.1 mix provided. If you are going for authenticity, then by all means go for the mono mix, which sounds clean and provides clear dialogue and sound effects. The 5.1 track, however, does spruce up the sound a tad and provides a little bit fuller sounding dialogue and an ever-so-slight boost to the low-end, with mild atmospherics in the surround channels, but do not expect an aggressive, discrete mix here.

It’s an imperfect, but still fun sci-fi series that is ready for a second or third look and perhaps – dare I say it – a reboot. The series looks fantastic in this Blu-ray collection and is packed with extras.