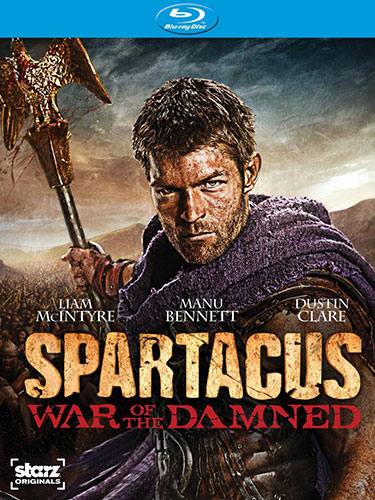 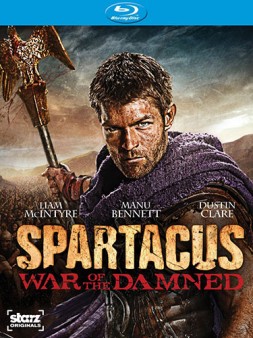 What began life with Spartacus: Blood and Sand, as no more than a mere copycat of 300, with its buckets of fake blood, overuse of slow motion shots, and copious amounts of sex, nudity, and violence, has over time developed its own identity. The rocky road of the series, in part due to the untimely death of original lead actor Andy Whitfield from non-Hodgkin lymphoma, perhaps helped it reach the pinnacle that is the final season. The story, as all students of history will know, must come to its conclusion in the end of the uprising brought about by Spartacus (Liam McIntyre). How they reach the epic conclusion is what makes the series so fascinating.

Without shying away from their signature visual style, the sex, or the violence, only taming it slightly, the creators craft a brilliant story about two masters of tactics and subplots involving classic Roman intrigue. As the slaves find their backs against the wall, just as they thought themselves safe and sheltered in a city by the sea they had taken control of, inner conflict between Spartacus and Crixus (Manu Bennett), threatens to split the alliance of the newly-freed slaves into two factions, even as their victories against Rome keep mounting. Meanwhile a brilliant and relentless Crassus (Simon Merrells) mounts the most serious Roman challenge yet against Spartacus, almost judging each move Spartacus will make ahead of time.

But even as Crassus begins to make headway against Spartacus, and cracks appear in the slave alliance, Crassus must battle infighting amongst his own, mainly from the ambitions of his son Tiberius (Christian Antidormi) and Julius Caesar (Todd Lasance).

The battles in this “third” season are grander, more epic in scale, removed from the arenas, and placed on vast battlefields and in military camps. The interactions between characters is felt more deeply, as the slaves struggle with the newfound problems of freedom, like starvation and the need to find shelter. None of the previous seasons of Spartacus were as compelling as this one in the richness of the characters’ inner workings and how they related to one another. The constraints of slavery and the arena have been cast off, and it is all the better.

The high definition production captured with the Panavision Genesis HD cinematographic camera and the Phantom HD camera for high speed shots comes to Blu-ray in a reference, filmic AVC/MPEG-4 1080p encodement from Starz/Anchor Bay. Detail is strong, close-ups reveal great amounts of texture, the splattering blood pops with wonderful saturation, and shadow detail is beautifully nuanced and detailed. What little video noise is apparent looks almost like a natural layer of grain, not harsh and electronic.

A fantastic lossless English Dolby TrueHD 5.1 (48kHz/24-bit) soundtrack is offered that is a true reference for a television mix, surpassing even many cinematic surround mixes. The surround channels are full of the din of the rebel slave camps and during the many battle sequences, when the score ramps up, they come alive with percussion, electric guitars and more. Spread of sounds across the front is good as well, with wide stereo panning and full, clear dialogue in the center channel. Lows are extended way down, and offer a beefy bottom to all of the bruising kicks, punches, and thuds.

The extras included give us an overview of the production of the entire series and this final season.

Spartacus: War of the Damned – The Complete Third Season takes this series out in epic fashion, with grand battles, larger than life characters, and all of the copious violence and sex viewers have come to expect. The story is executed superbly with a high level of acting all around.