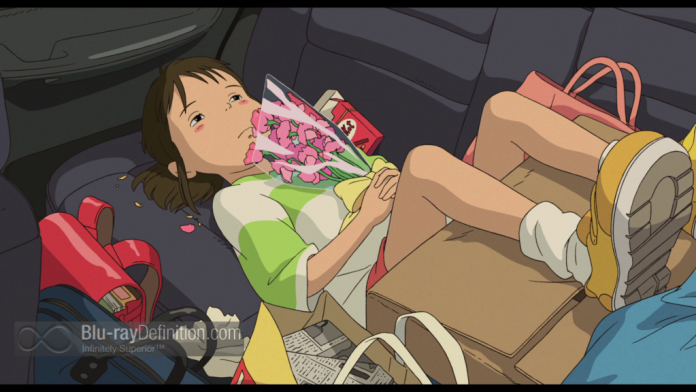 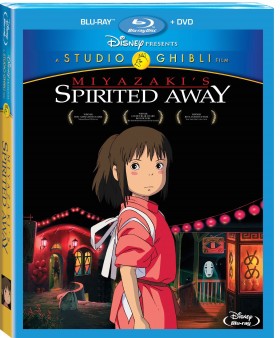 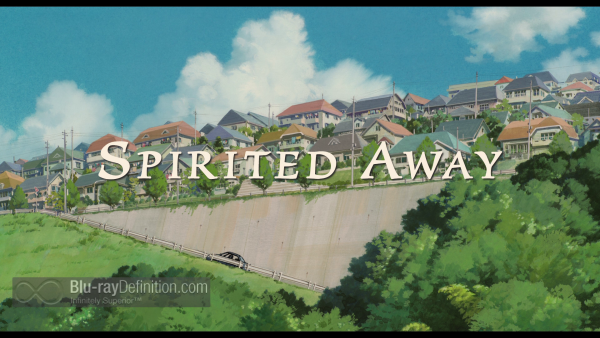 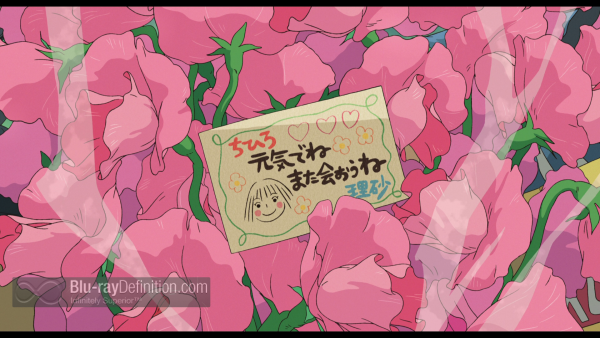 Spirited Away‘s digital animation looks beautiful in this AVC/MPEG-4 1080p encodement on Blu-ray from Disney. Spirited Away has been previously issued on Blu-ray in the UK by StudioCanal and reviewed here. Between these two versions, it is literally a situation of picking which you prefer. I did not believe the UK version to look over-saturated, but next to this Disney release, it does look a bit darker and more saturated. This Disney Blu-ray is a little more subtle, so it will come down to personal preference. This release has the same great contrast and clean, crisp imagery free from artifacts. 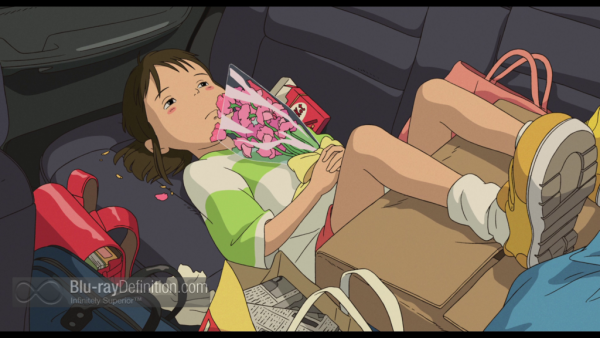 Disney’s release steps up the Japanese 5.1 track over the UK StudioCanal release by offering it in 24-bit versus 16-bit. Both the English and Japanese are provided in DTS-HD Master Audio 5.1 (48kHz/24-bit). The English voice actors still sound flat and canned to my ears, so the Japanese track is the way to go. As I said in my previous review, there are no undisputed stars in the English voice cast – the Japanese voice cast is just superior all around. The mix itself, whether Japanese or English, has good balance and wonderful atmospherics — check out the opening scene with Chihiro and her parents walking through the tunnel for an example of how the reverberation surrounds you and sounds very lush. The low end packs good punch, but is tight and not unwieldy. 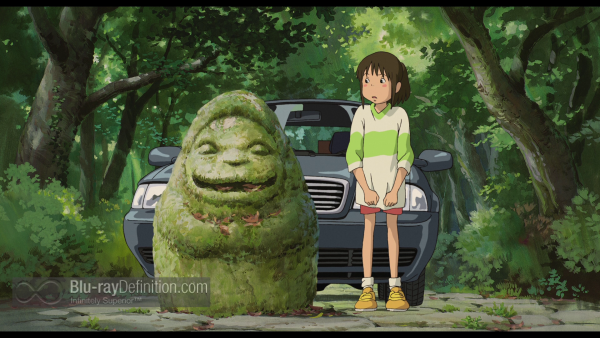 The disc menu lists these all as “Original DVD Bonus Features” but obviously the storyboards, which are in 1080p, cannot be a port over. 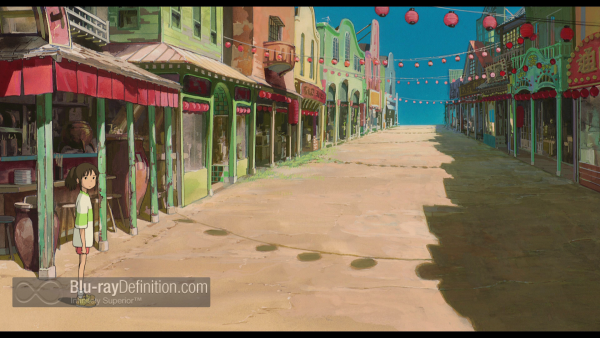 This Academy Award-winning film (2003 Best Animated Feature) is still one of the best anime films of all time and it holds up over ten years on. Disney’s high definition Blu-ray release is a gorgeous, reference quality release that is a must-own for any anime or animation fan. 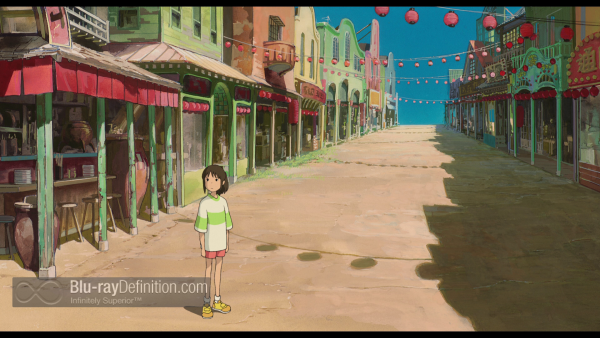 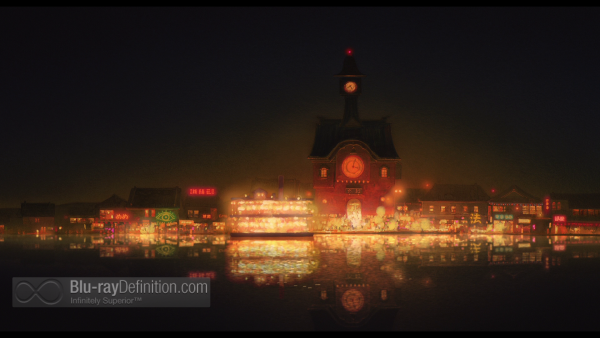 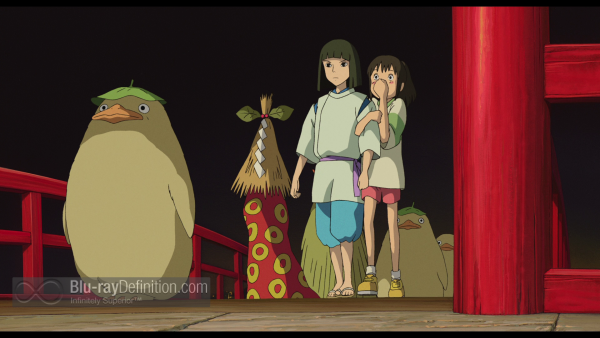 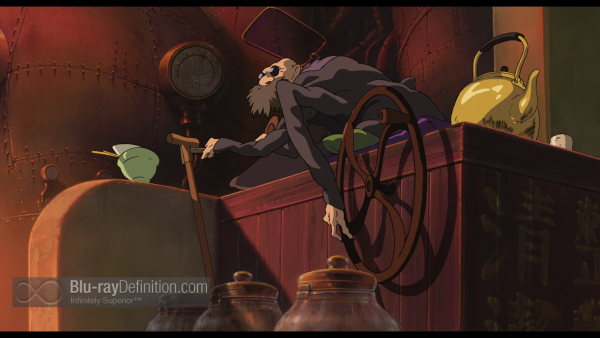 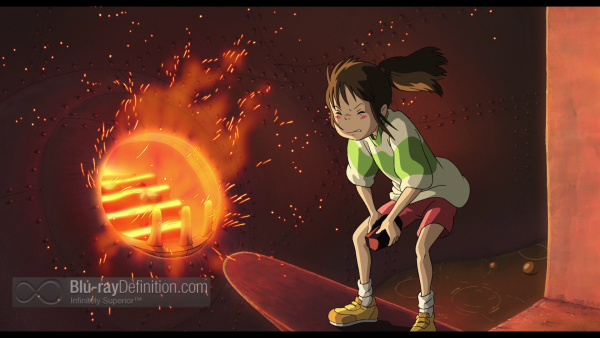 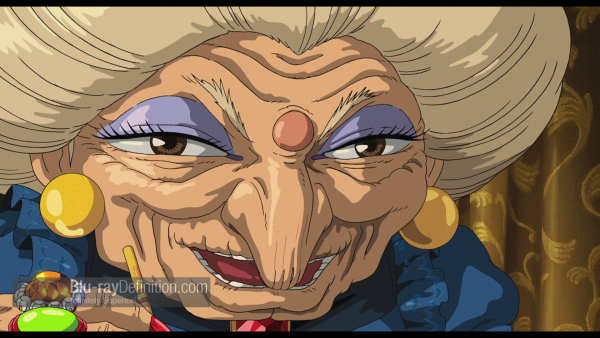 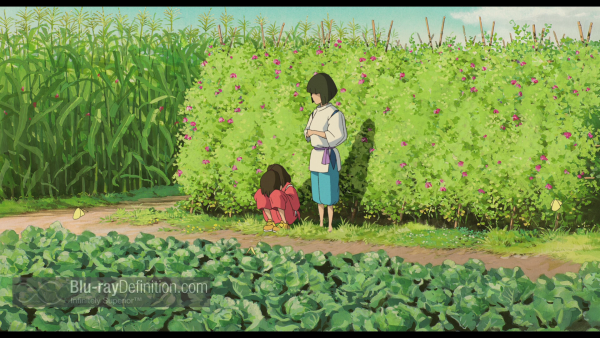 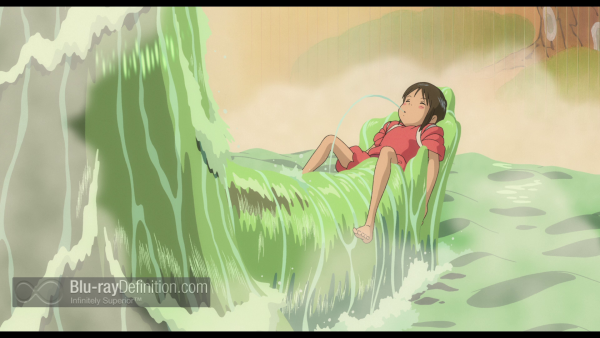 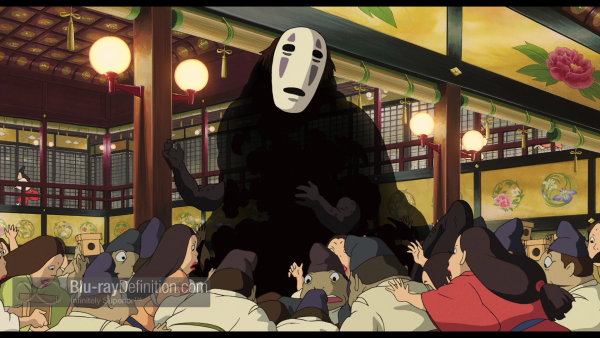