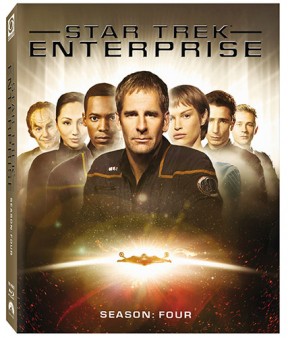 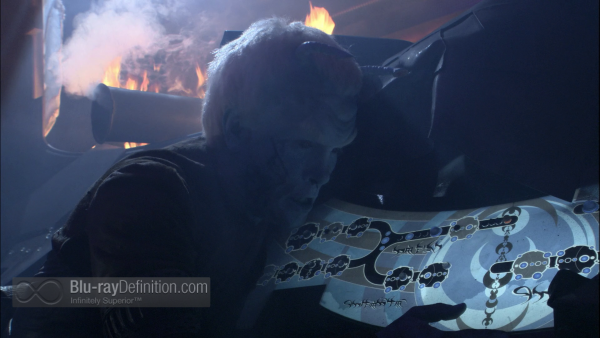 The fourth season, covered in this review, also happens to be the last season. Star Trek fans can look at this fact in one of two ways. The first way is to put a good spin on it and say that Enterprise is in good company, being that the series that launched this colossal franchise, Star Trek, only lasted three seasons. On the flip side of that equation is, of course, a harsher reality. Enterprise was the first Star Trek series of the Rick Berman era to fail to get at least seven seasons under its belt.

The series struggled from a ratings standpoint from the time that it launched. If you listen to the new production featurettes on this set, you’d believe it was all about network interference – the fledgling, minor network UPN ran the series. Previous Star Trek spinoffs ran in syndication, it’s true, but there has to be some accountability on the part of the producers and writers as well. Star Trek: Enterprise was burdened with poor writing and uneven stories from season one. There was no clear purpose to where they wanted to take the series, with the baffling time travel wars to the numerous injections of Star Trek mythology that seemed to confuse matters more then they helped.

Sadly, this final season, with its cut budget, seemed to be the best season of them all, with longer story arcs a much stronger focus on character development, and far less on off episodes that added nothing to the progression of the series. Season Four was not without its flaws, however. Archer starts off the season quite bitter, T’Pol (Jolene Blalock) and Trip’s (Connor Trinneer) relationship is once again dragged out, and the series unabashedly ‘borrows’ from the original Star Trek in the two-parter “In A Mirror, Darkly”. Even with these flaws, one can’t help but feel that Enterprise was maybe pulled right before it reached its zenith. 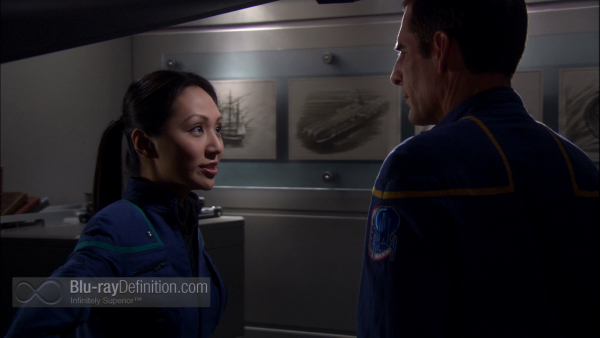 The last season of Enterprise is also the first season to be shot in HD rather than on 35mm. Given that, it lacks the film-like appearance of the previous three seasons, but also looks a lot clearer and less gritty. It still doesn’t compare to the quality of even the older series like The Next Generation, given is still suffers from low-light noise and doesn’t have the strong contrast and great color reproduction of a series like that. It comes to Blu-ray in an AVC/MPEG-4 1080p encodement. 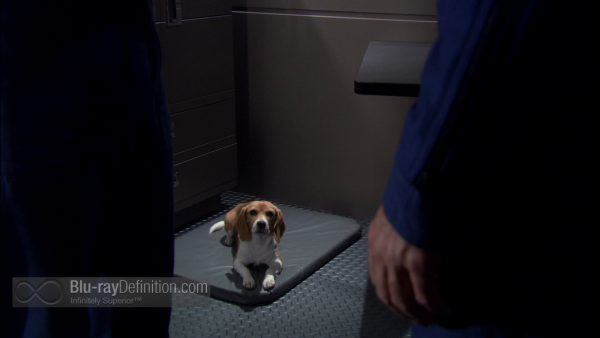 A good lossless DTS-HD Master Audio 5.1 (48kHz/24-bit) audio mix that could be a little better, but is engaging nevertheless. The surrounds carry lots of little sounds, especially during the most active sequences. Good low end, easy highs, and clear dialogue also make this one a rather good television-based surround mix. 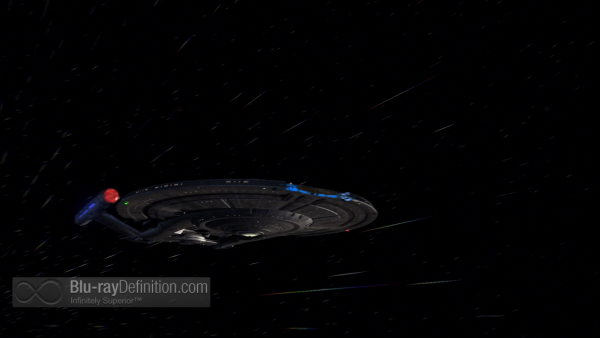 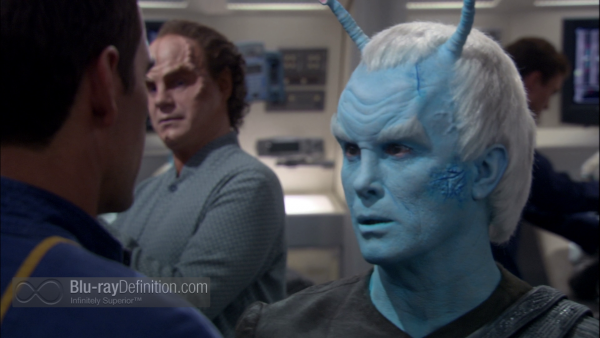 A flawed but enjoyable season of an overall uneven series, Star Trek: Enterprise goes out on a high note, giving the most disappointing series of the franchise a minor victory. 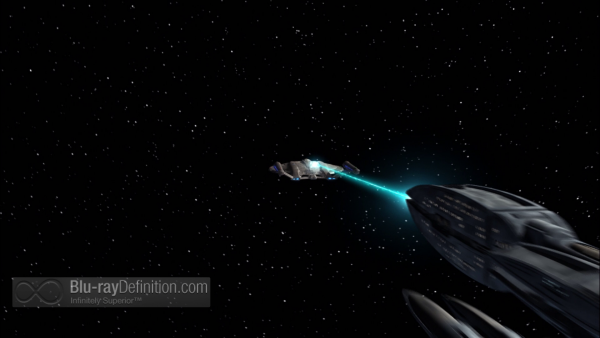 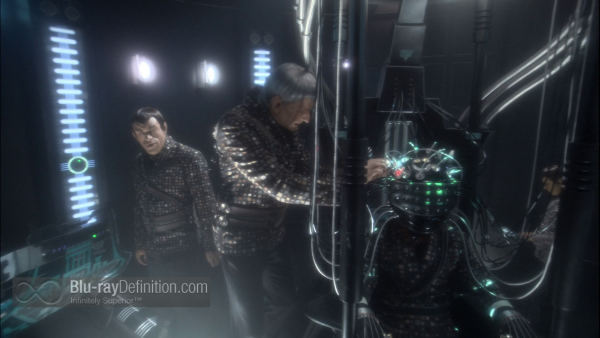 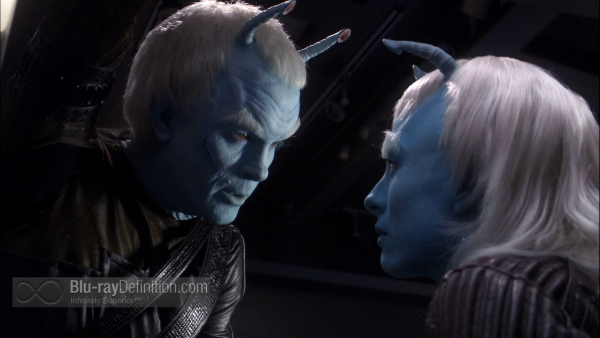 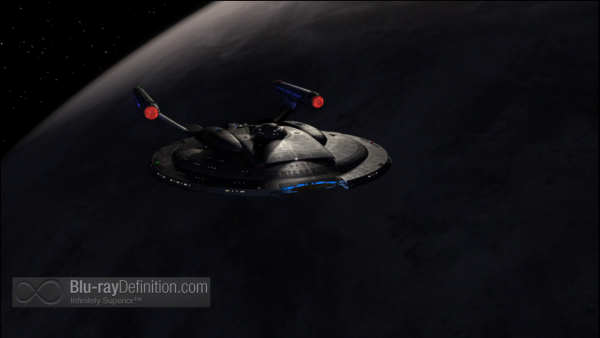 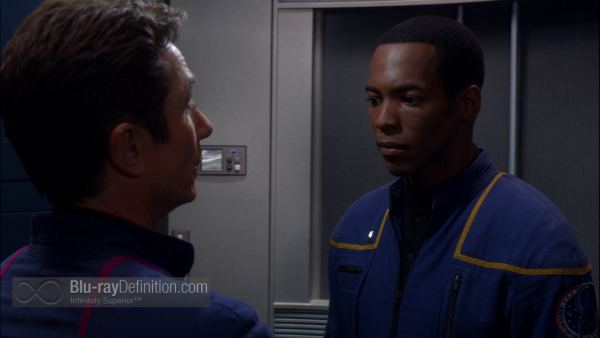 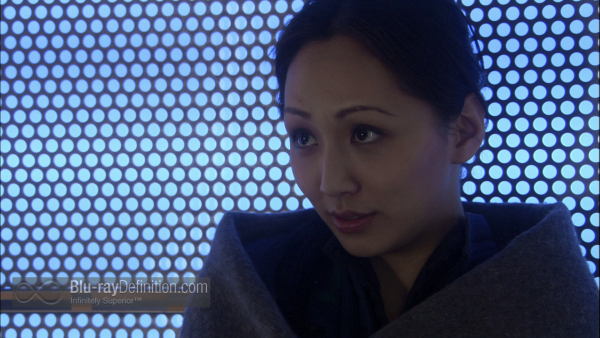 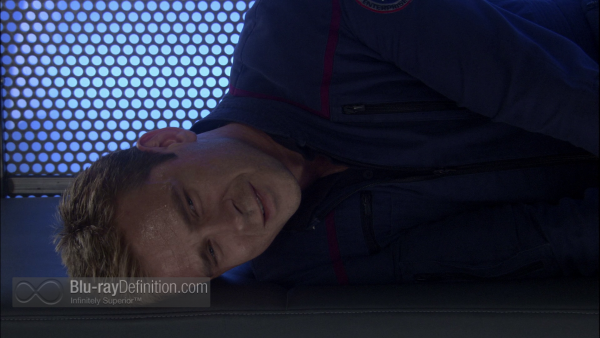 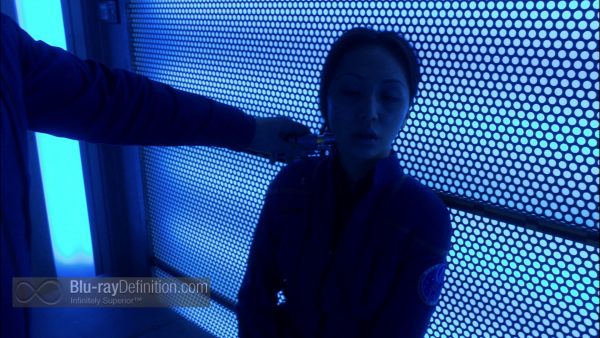 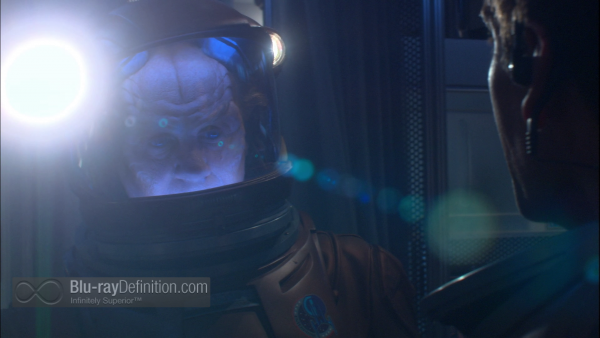 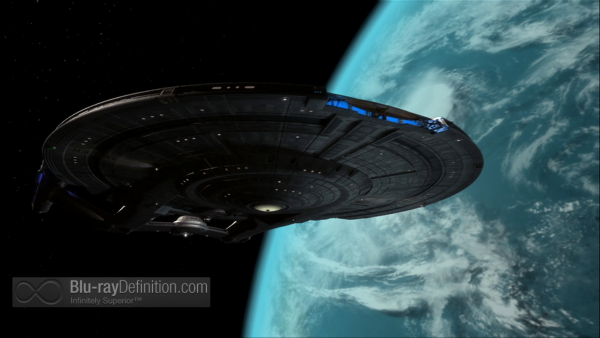 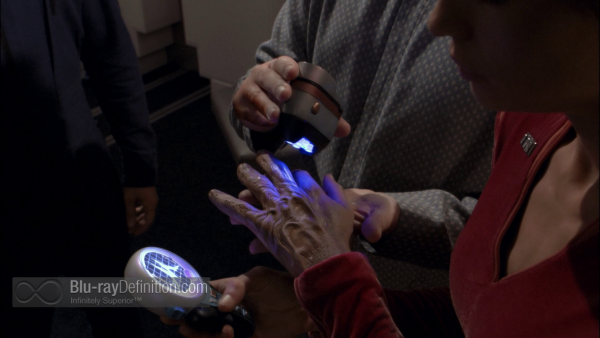 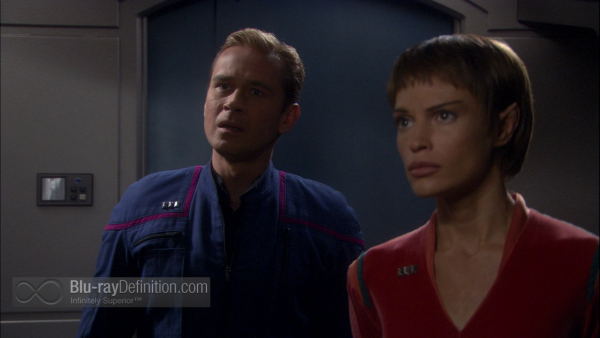 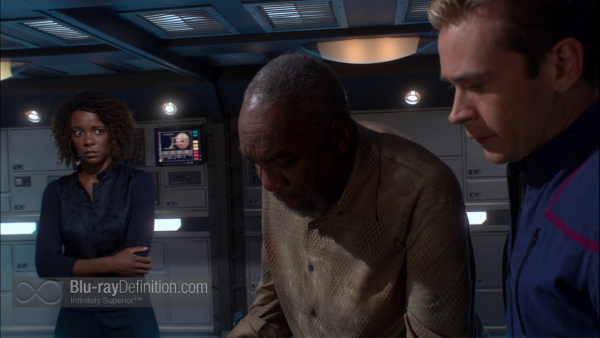 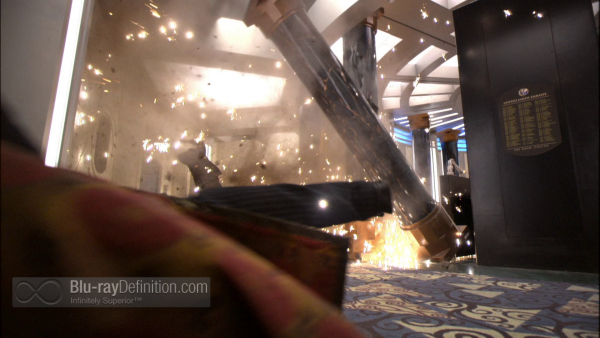 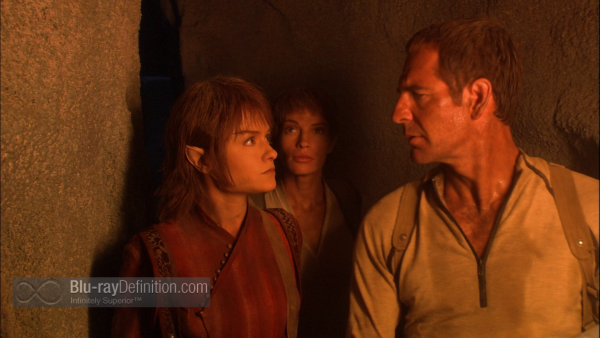 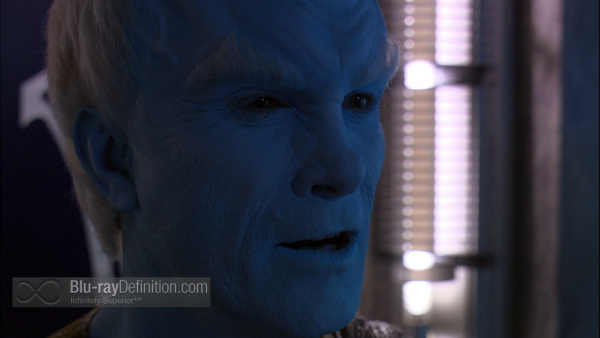 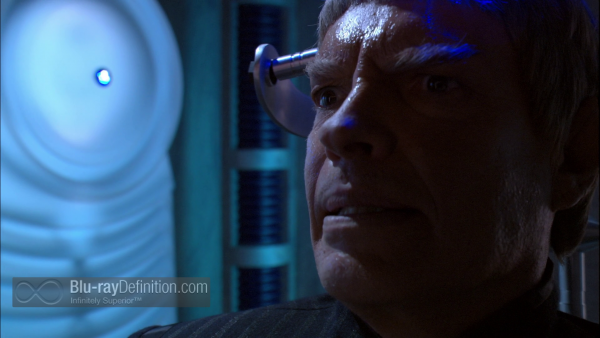 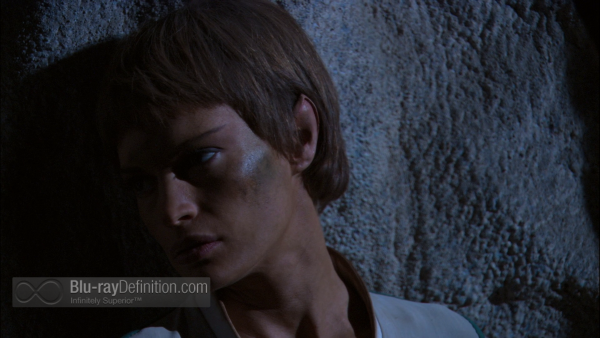 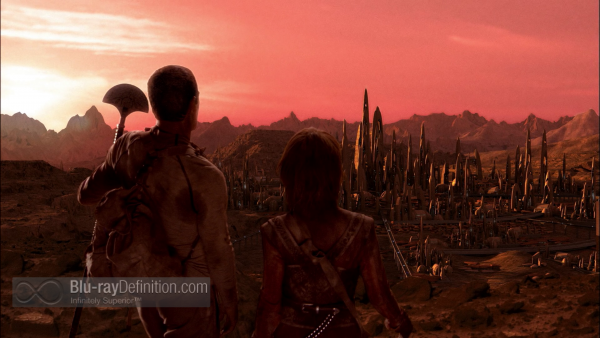 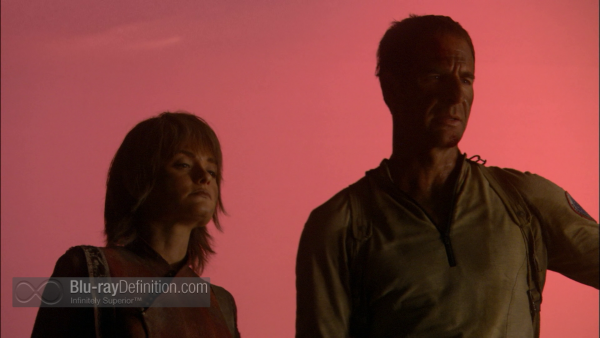