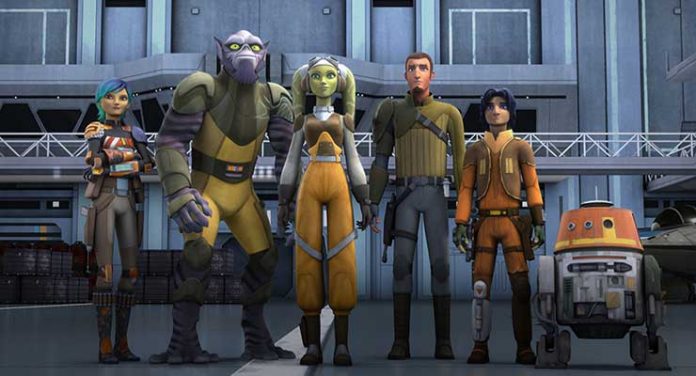 I guess what makes Star Wars Rebels enjoyable to watch, especially if you’re a kid (or even an adult) who loves Star Wars is that each episode comes in small doses – twenty-two minutes of quick-paced action that dips into the mythos of the Star Wars universe and then it’s over. It’s not that each episode is completely self-contained, there is sort of loose story arc that caries through the season, but each episode seems to be one dangerous adventure that resolves, propelling the crew on to the next, toward the ultimate conclusion of the season. It’s lean, it’s fun, and it looks great. It distills all the silly bits from the films into a concentrated animated adventure squarely aimed at young audiences.

In Season Two, the main protagonist, young Ezra Bridger (Taylor Gray) continues his quest to become a Jedi under the training of Kanan (Freddie Prinze Jr.). The crew of the Ghost join forces with a rebel cell and a group of former clone storm troopers from the Clone Wars, but new danger arises when Darth Vader sends two new Inquisitors after them. The whole season lurches toward what will be the inevitable confrontation between ex-Jedi Ahsoka and her former friend and master Darth Vader over the course of the series’ spectacular two-part finale.

There’s a lot to like in Star Wars Rebels if you are an ardent fan of Star Wars, it takes all the usual elements like the quirky droids, the angst-ridden teen padawan (Ezra), and the numerous space battles and mixes them together into something fresh. It isn’t original by any means, and certainly bringing in Darth Vader with James Earl Jones as the voice ties it in no questions asked to what has come before, but taken in small doses, it’s a fun little series. 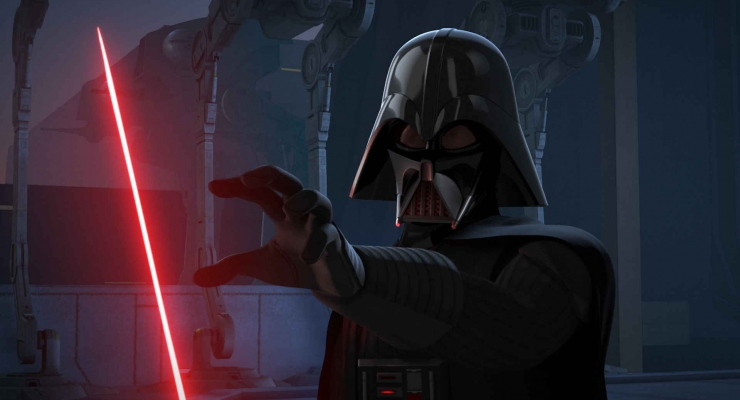 The CGI animation for Star Wars Rebels Season 2 looks about as good as it gets in this AVC 1080p encodement to Blu-ray from Disney. Only the very slightest hints of aliasing, probably inherent to the source, occasionally raise their head. Otherwise, this is clean and issue-free, with no noise or posterization and excellent colors and nuance.

While Star Wars Rebels comes with an amazing, theatrical quality sound mix, for some reason Lucasfilm and Disney provide it only in the lossy Dolby Digital 5.1 format. This is perplexing. So while there is a lot of discrete panning of solid sound effects around the room, deep low-end extension and excellent balance, the realism and clarity aren’t quite what they could have been with lossless DTS-HD or Dolby TrueHD, or better still with DTS:X or Atmos. The high frequencies are just a little tizzy and trail-offs in the atmospherics a bit tight. Non-audiophiles will probably not notice any of this, however, since the mix is very well done.

The extras are interesting, especially the Connecting the Galaxy featurette that discuses the Easter egg references in the series to the Star Wars galaxy.

The second season of Star Wars Rebels looks great and sounds good, although a lossless soundtrack would have been preferred. The tie-ins to the rest of the Star Wars universe make the series more satisfying for older fans, but kids will enjoy this regardless.