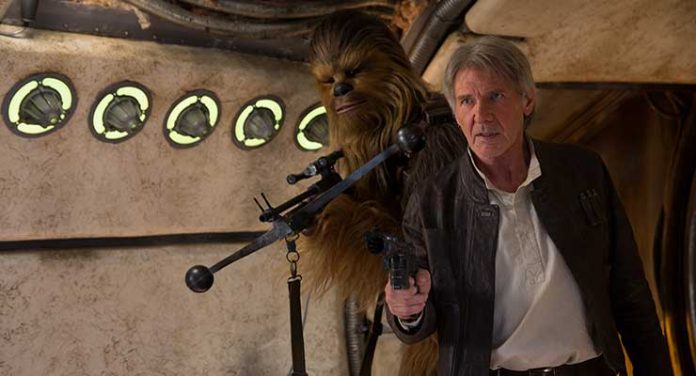 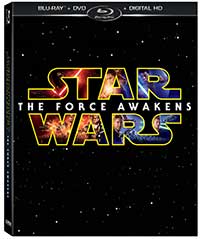 At this point, Star Wars: The Force Awakens doesn’t need much of an introduction or description. Episode VII in the space opera saga started by George Lucas in 1977 with what is now called Star Wars: Episode IV A New Hope, the film took in $926 million domestically and $2.05 billion worldwide, shattering the records held by Avatar in far less time. And when you need someone to resurrect a franchise that had lost some of its mojo after the almost universally derided prequels with George Lucas now gone (some might say, thankfully), who better to bring in than J.J. Abrams, the writer/director responsible for the fantastic Star Trek reboot?

The Force Awakens is not a reboot, however, it carries on some thirty-years or so after the events of Return of the Jedi and the defeat of The Empire. A new galactic threat has arisen to take the place of The Empire, The First Order – at its head, a malevolent tyrant known as The Supreme Leader and his Darth Vader-esque minion behind a mask, Kylo Ren (Adam Driver). At the heart of the story is a map that supposedly leads to the Jedi master Luke Skywalker (Mark Hamill) who has been a recluse, hidden away for years feeling responsible for the rise of The First Order since his one-time pupil, Kylo Ren, turned to the dark side of the force. Into this search for the map, which is hidden inside a small android, BB-8, stumbles a young woman, Rey (Daisy Ridley) when BB-8 and a storm trooper named Finn (John Boyega) who is trying to escape The First Order crash-land on her out-of-the-way planet while helping a captured resistance pilot (Oscar Isaac) escape. The trio of Rey, Finn, and BB-8, with the help of some old legends from the Galactic Wars, find themselves the target of a manhunt with Kylo Ren at the helm of The First Order forces in search of the map leading to Luke Skywalker. Meanwhile, the resistance forces are gathering to take down The First Order who have a new super weapon, one way more powerful than the Death Star that the Empire had decades before. This new weapon kills entire planets.

Brace yourself for what is in fact, a fantastic, fun-filled, action-packed adventure that, while in name is the next

chapter in the Star Wars saga, but is in fact a remake of the original Star Wars movie, with some of the names and faces changed, and some of them just a little older and worse for wear and tear. You must hand it to J.J. Abrams. He had an impossible task, which was to resurrect a franchise — that people feel like they live or die by — stay true to its core, yet deliver something new and entertaining all at once that moves the story forward. While the new part may be debatable, that it moves the story forward is not in question. Abrams and fellow writers Lawrence Kasdan and Michael Arndt, however, do seem to rely too much on previously used Star Wars models. The dark villain behind the mask with the menacing voice, the planet-sized super weapon, the showdown in space, and, well, the coming of age of the new young Jedi – I won’t tell you who.

Even with all of these nods to the first films aside, The Force Awakens delivers the goods where the prequels just couldn’t. Firstly, the casting is far better. The chemistry between Ridley and Boyega is definitely palpable and, Abrams’ direction brings out great performances from these two young actors. The veteran cast members all do their things well. And the CG effects work only to aid what are mostly practical special effects and props, unlike the full-on CGI work that looked like overkill in the prequels.

The Force Awakens was shot on multiple cameras which included Arri Alexa (aerial plates), IMAX MKIII with Hasselblad lenses, IMAX MSM 9802 with Hasselblad Lenses and the Panavision Panaflex Millennium XL2. On this Blu-ray release from Disney, the IMAX scenes and other scenes have all been framed at 2.40:1 and the film arrives in a gorgeous, issue-free AVC 1080p encodement that is clean, crisp, filmic, dynamic, and colorful, with nuanced shadows and natural flesh tones.

In theaters The Force Awakens ran with a Dolby Atmos soundtrack as well as a Dolby 7.1 soundtrack and

12-Track Digital Sound in its IMAX version. On Blu-ray it gets a DTS-HD Master Audio 7.1 audio track that is quite aggressive, sometimes a little too aggressive. On my recently upgraded audio system, which consists of a Marantz SR7010 AVR with Audyssey room correction, the low end was getting a little out of hand and rumbling, and this never happens with my speakers. The dynamic range was generally not that wide, except when it came to the extreme low-end, and there is a lot of that. I had to turn my volume down a bit. Dialogue sounded clean, sounds came from everywhere, and I do mean everywhere, as one might imagine with any Star Wars film. The high-end was clear and airy, and John Williams’ score was nicely balanced in the mixed.

Disney packs a good bit of extras on a second Blu-ray Disc in this set. The best of the lot is the hour-long making-of documentary Secrets of The Force Awakens that includes lots of behind-the-scenes footage and interviews with the cast, and director J.J. Abrams among others.

Star Wars: The Force Awakens sets the Star Wars franchise back on track. While it isn’t wholly original, it sure is a lot of fun. For fans of the originals, it will bring back memories and for younger audiences it should win a lot of new fans. The video looks great, but the sound could have been just a bit more balanced.