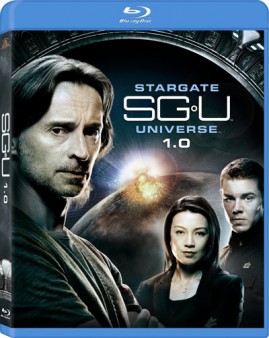 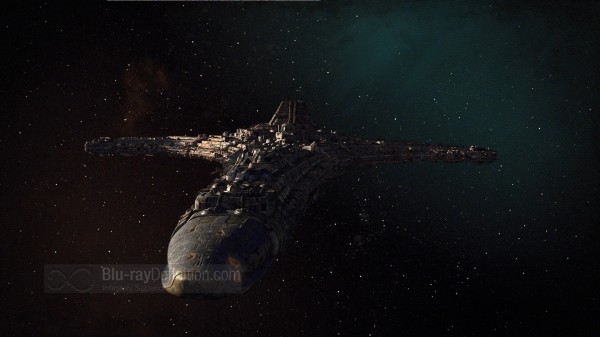 Going all the way back to the original Stargate movie, I’ve never been much of a fan of the Stargate franchise. In fact, when they first turned Stargate into a series, I was a bit surprised, being that I was never that impressed with the film. Sure, I liked it well enough, but I didn’t think it strong enough to carry a series. Sure enough, Stargate SG-1 and the subsequent spin-offs like Atlantis, and stand-alone films, such as Continuum, became some of the few sci-fi shows that I never followed.

So, after having reviewed Continuum on Blu-ray and being, not unsurprisingly unimpressed, I sat down to review SGU, wholly expecting more of the same. I have to say that I was for the first time in over a decade, thankfully surprised. Stargate Universe is the first series in the franchise that, in my not so humble opinion, catches up to other long running sci-fi series like Star Trek in quality. It does so, in no small part, by borrowing heavily from Star Trek’s premise of a crew, traveling through uncharted territory and finding new adventures. It also heavily leans on the grittier, more mature storytelling and longer story arcs pioneered by the Battlestar Galactica reboot — this is not your older brother’s Stargate, folks.

The main story revolves around a group of soldiers and scientists who escape through a stargate (an ancient device of advanced technology that generates a wormhole, which allows for traveling across vast distances instantly) to a spaceship built by Ancients when they come under attack. For those not in the know, the Ancients were humanoids who originally lived on Earth, but evolved. They are one of the most advanced races known and are known to be the builders of the stargates.

The spaceship, known as Destiny was sent out into the universe behind a set of unmanned ships, seeding the Universe with stargates, so that the Ancients could eventually travel there, but before they could used it, they evolved to the point of ascension; that is where they no longer needed their physical bodies and their conscious energy became immortal.

The dilemma for the group once they reach the ship, is that it does not have the power to dial back to Earth, many of its primary systems are failing, and it is already 7 billion light years away from Earth.

The character-driven drama has a few primary characters that are essential to the story, but the ones to watch for are Dr. Nicholas Rush (Robert Carlyle), a Scottish scientist whose intentions are unclear, but is needed for his knowledge, Colonel Young, leader of the SGU team and now de facto leader of the Destiny and Eli Wallace (David Blue), a nerdy MIT dropout who got involved with the Stargate team only because he unknowingly solved a math problem the government secretly hid in a video game.  Carlyle’s mad scientist is brilliant and Blue is sure to bring in the “geeks” with his character’s techie speak and numerous pop-culture references.

The bottom line is, if Stargate Universe continues down the path they’ve started with this first season they are well on their way to becoming the strongest series in the Stargate franchise and filling the hole left by Battlestar Gallactica going off the air. 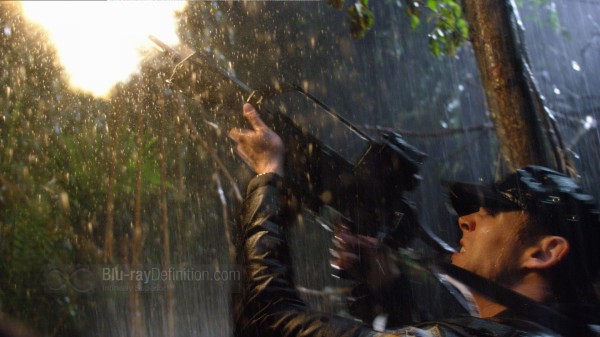 Stargate Universe is originally recorded in high definition using Panavision HD Cameras. The episodes appear on this release in a 1.78:1 1080p/24 AVC/MPEG-4 encoding from MGM. There is some video noise that may as well be film grain, because it looks very natural and more organic than electronic. There are strong black levels that only occasionally vary a bit, looking just slightly greyish in some scenes.  Certain special effects lower the overall detail, but ultimately SGU is a strong release and it looks great. 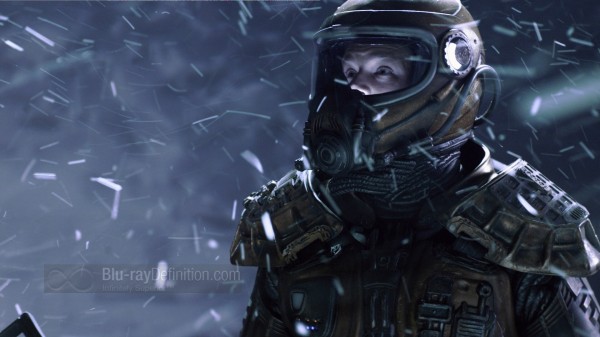 The DTS-HD Master Audio 5.1 mix for SGU is only average for a sci-fi series, but it has clean dialogue, good dynamics, and sufficient atmospheric effects to make it an enjoyable listen, nonetheless. Explosions aren’t quite as powerful as I’d like them to be, but the numerous gunfire effects are realistic and do not become fatiguing, which is a plus. 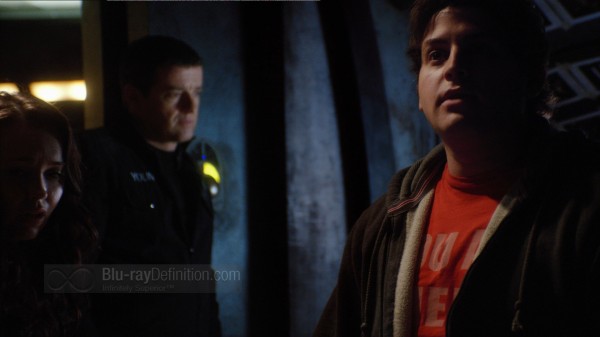 There’s nothing in high definition, but SGU is loaded with audio commentaries for every episode and interactive behind-the-scenes footage, cast & crew interviews, and making of featurettes called the Destiny SML plus character video diaries. 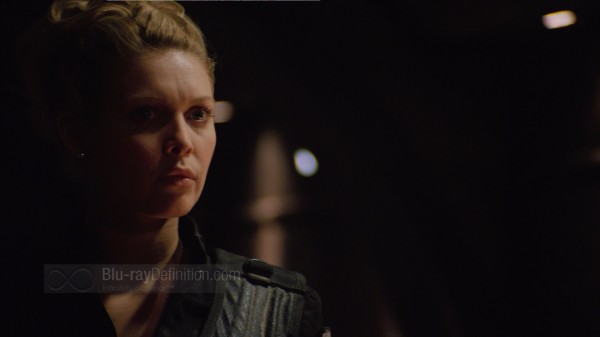 SGU may be off to a great start and this 1.0 Blu-ray release looks great, but for only 9 episodes at an SRP of $69.99, I have to suggest viewers wait for a complete box set or for the price to be lowered. Even at the street price of around $39 that’s still too steep for what barely counts as a full season. 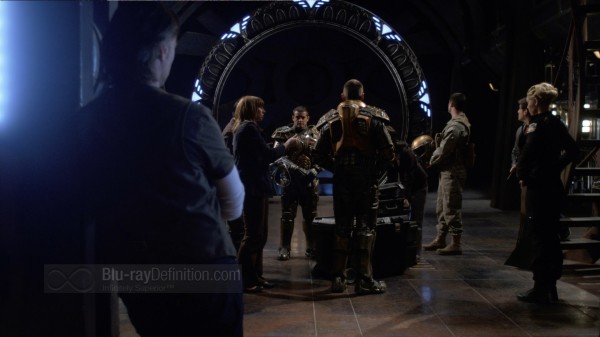 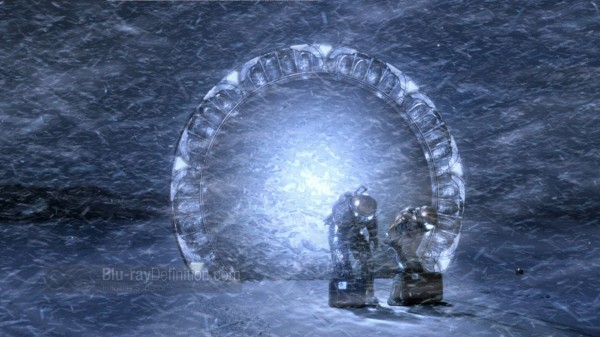 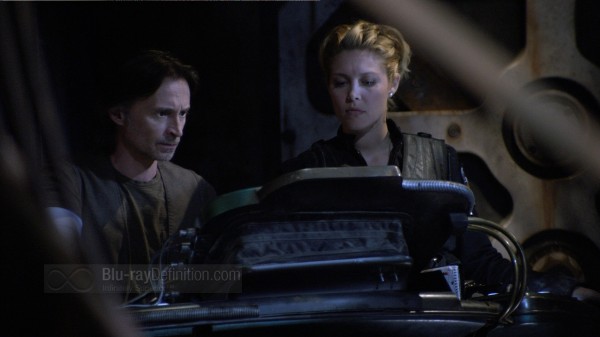 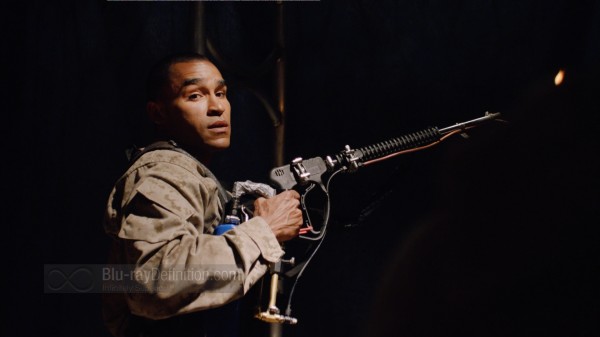 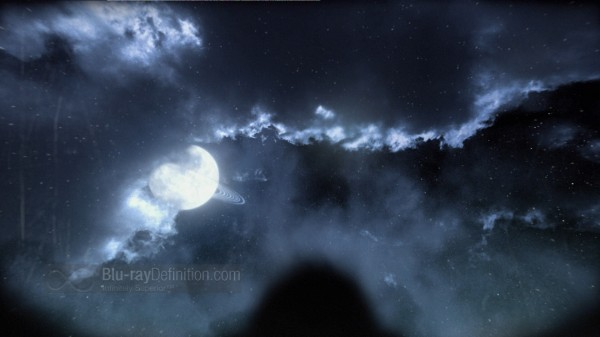 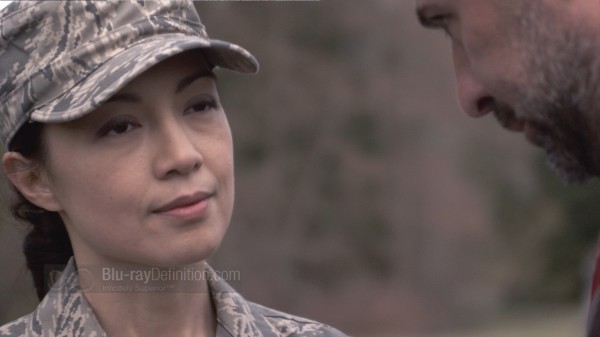 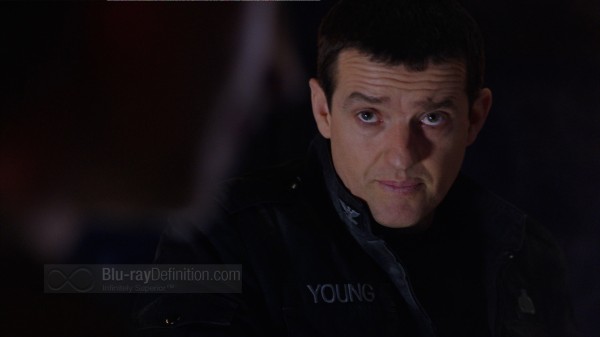 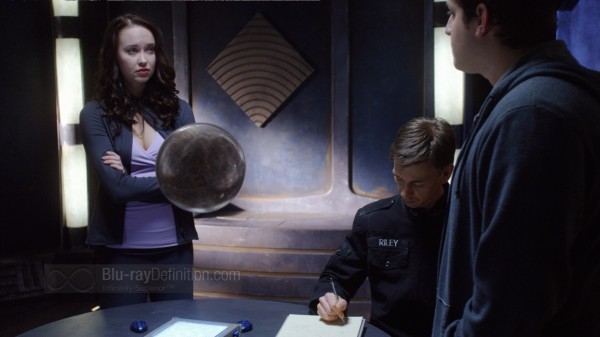 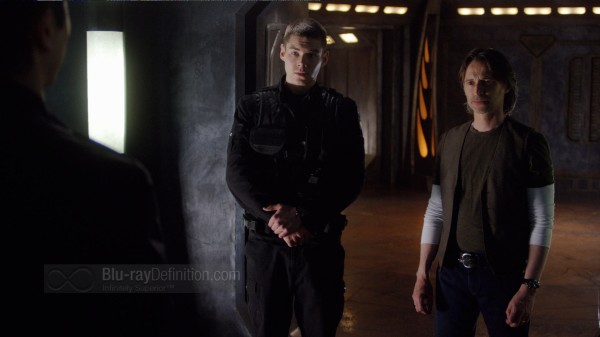 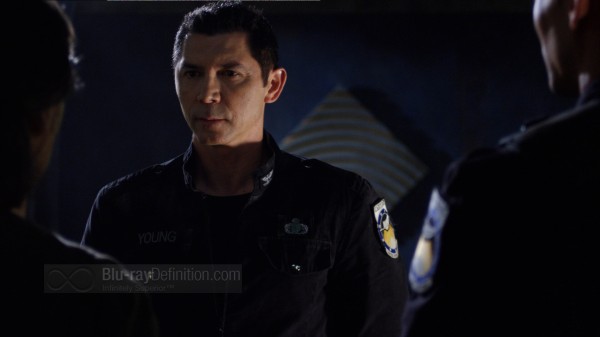 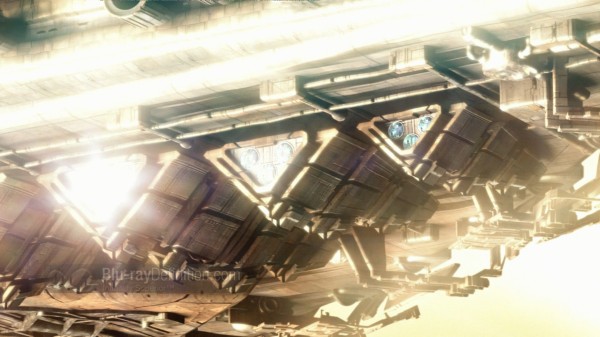 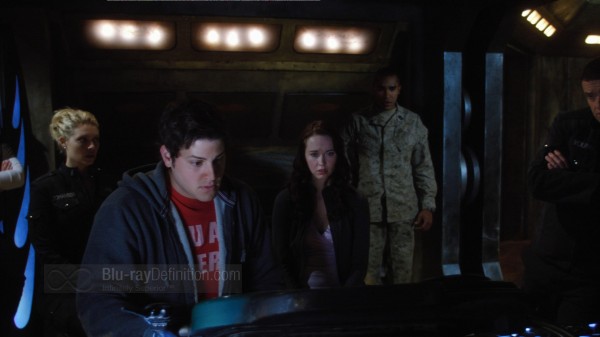 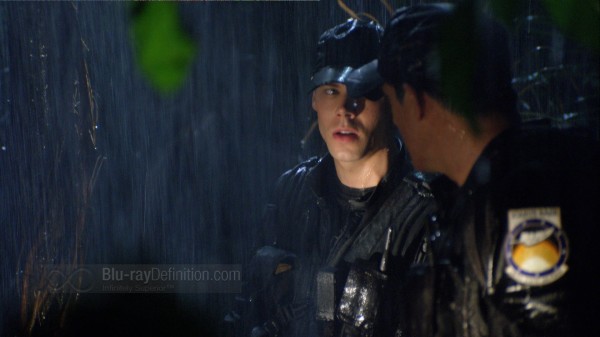