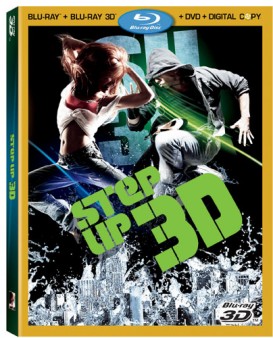 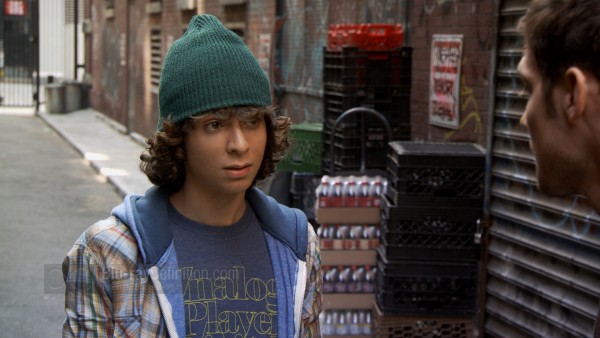 I wanted to hate Step Up 3D. In fact, I just knew I was going to hate Step Up 3D before I ever had a chance to watch it. Let’s face it, this was not and is not meant to be Oscar-worthy material. This is purely shallow, entertainment material with a clumsy, razor thin plot and terrible acting. But Step Up 3D proved impossible to hate despite its critical storytelling flaws and telescoped plot twists. The truth is when you go into a film like Step Up 3D, you know immediately that it exists for the sole purpose of highlighting the main attraction — the dancing.

With Step Up 3D, we’re given a typical rail-thin plot involving a college freshman at NYU named Moose (Adam G. Sevani), caught between his love of street dancing and his desire to please his family and become an engineering major, and Luke (Rick Malambri), leader of a street dancing troupe, with hopes of winning an upcoming world dance competition, but also with aspirations of being an indie filmmaker of sorts.  The two meet during an impromptu New York City street dance battle and Moose joins Luke’s troupe. The rest, as they say, is history. Where Step Up falls flat is when it tries to follow its various subplots involving love stories, college struggles, and confusing betrayals of trust based on dance battles. The motto here should be, “keep it simple, stupid.”

When the music is pumping and the dancers are going, Step Up 3D is just as entertaining to behold as a Broadway spectacle. And the “3D” is truly the optimal viewing choice here. Watching Step Up in 2D it loses a lot of its luster and energy. Much of the choreography and cinematographic choices were obviously well planned out with 3D production in mind. When things flatten out, so too does the charm of the film. 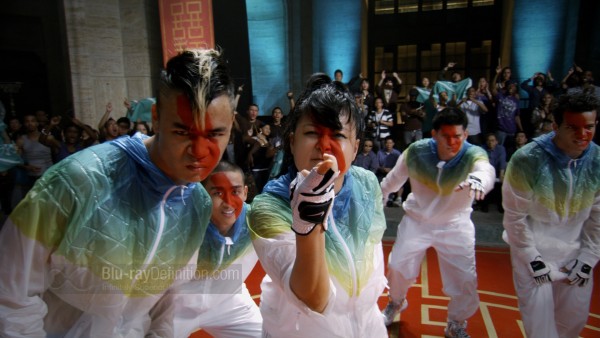 Shot in HD on Sony’s HDW-F900 and originally captured in 3D as well, not a 2D-to-3D conversion, Step Up 3D arrives in this Blu-ray 3D combo pack as a boon for the holiday season to those 3D TV/Blu-ray player owners (including myself) still facing a relative dearth of 3D content who still can’t get our Avatar 3D freak on (are you listening Fox?).

This movie was MADE for 3D. Avatar it ain’t, but, hey, let’s face it, Avatar ain’t “Avatar,” meaning the latter is nothing more than a special effects-laden brain-trip that exists solely for the purposes of being eye candy with delusions of being something more. At least with Step Up 3D you know what you are in for up front, a movie made solely to dazzle with sights and sounds and damn all else.

On the 3D front, Step Up 3D delivers like no other live action title I have seen to date, Avatar not withstanding. There is a great sense of depth, the film’s production design is heightened to take advantage of the 3D and HD production at every turn with its brightly colored lights and intricate costumes, and the cinematographers find ample moments during the elaborate dance routines to allow for a few more “gimmicky” 3D moments that get the dancers right up in your face coming out of the screen at you. Mostly, however, the film is tastefully rendered in 3D with a more realistic sense of depth and no unnecessary objects protruding from the screen just to “remind” viewers that things are in 3D. The film’s closing dance battle scene is a stunning visual spectacle in 3D that only the most ardent anti-3D person could dislike.

The the plain ol’ 2D Blu-ray doesn’t look too bad either, coming framed in a 1.78:1 1080p/24 AVC/MPEG-4 encoding, it is clean and detailed with vivid colors and lacks any compression issues. The sense of depth is gone and it loses some of its dazzle, but it is a solid, reference HD effort nonetheless. 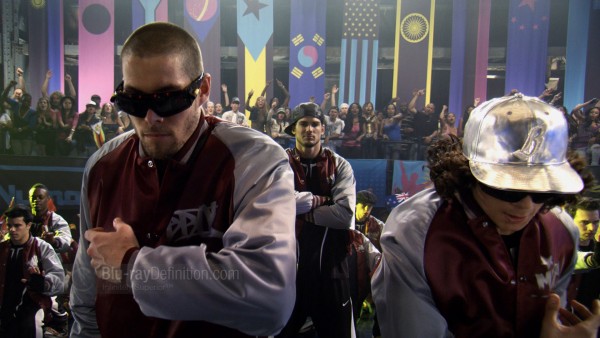 Step Up 3D just thumps with its DTS-HD Master Audio 7.1 soundtrack. It’s not necessarily aggressive in the sense that discrete sounds are constantly panned around the room, but all 6 main channels are fully utilized with heavy amounts of ambience and atmospherics, and when those dance numbers get going, listeners are completely surrounded in a cavernous pod of sound with low frequencies that resonate right through the bone structure. It’s the perfect sound mix to go along with the hyperactive visuals of the 3D release. 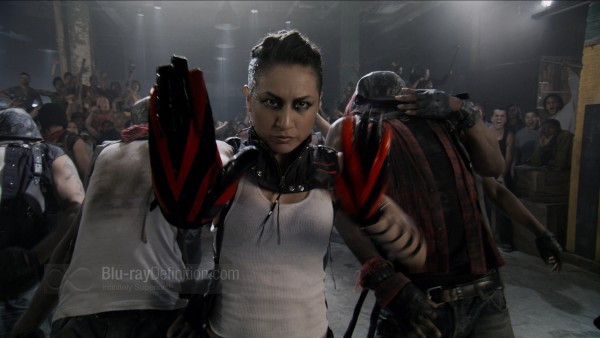 The Blu-ray 3D disc is completely barebones and all the supplements are offloaded onto the 2D Blu-ray, which is loaded with HD music videos of songs featured on the film’s soundtrack, deleted scenes and behind-the-scenes featurettes that allow the viewers to catch a bit more of the wild choreography featured in the film. 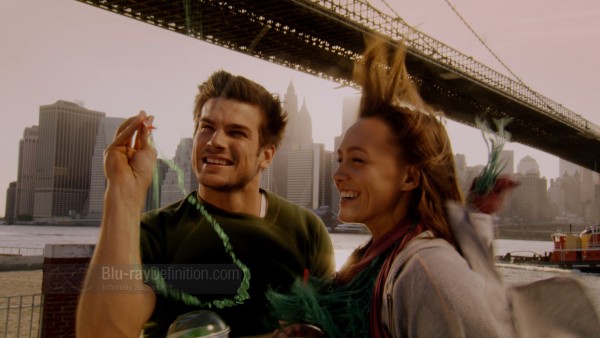 If you are looking for something to expand your trim 3D catalogue with this holiday season, then Step Up 3D will offer some excellently rendered 3D entertainment. It may not be Avatar, but being one of the few original 3D live action productions to hit Blu-ray so far and well made to take advantage of that, it will tide you over very well with its superb visuals and energetic 7.1 lossless soundtrack. 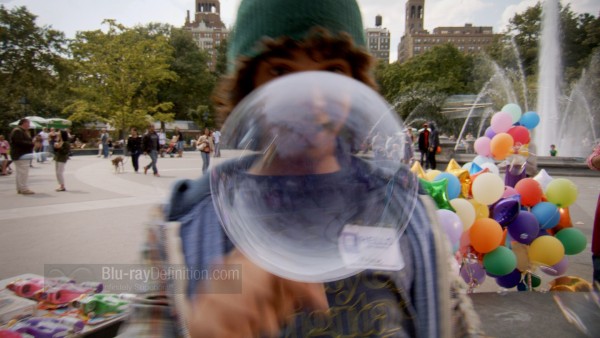 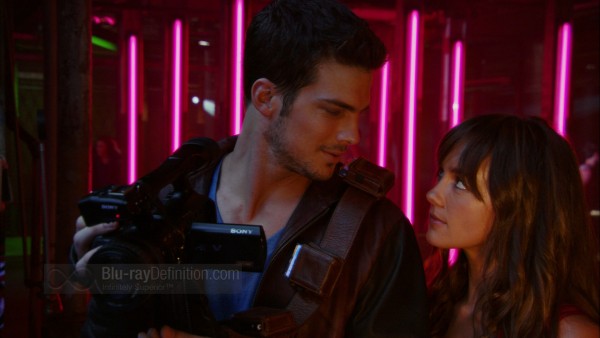 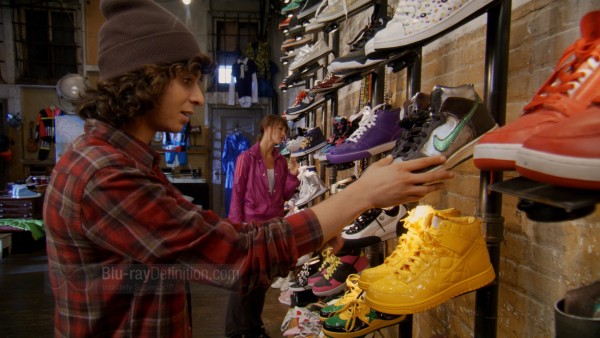 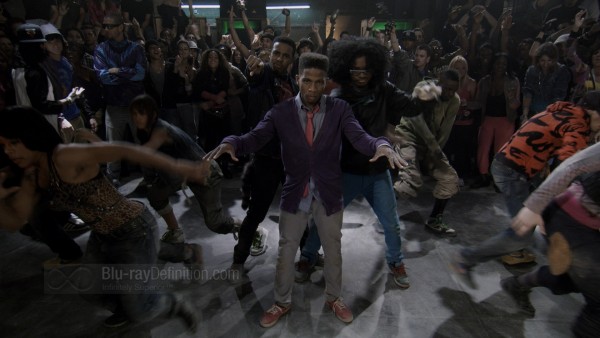 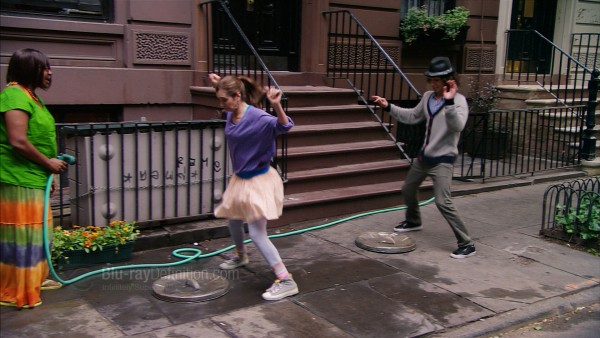