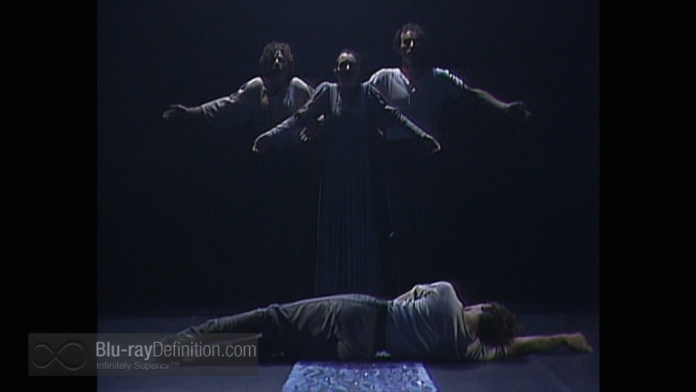 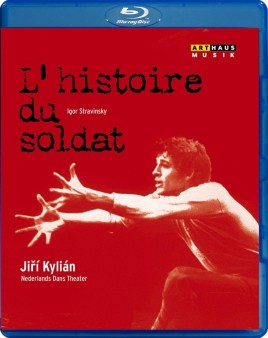 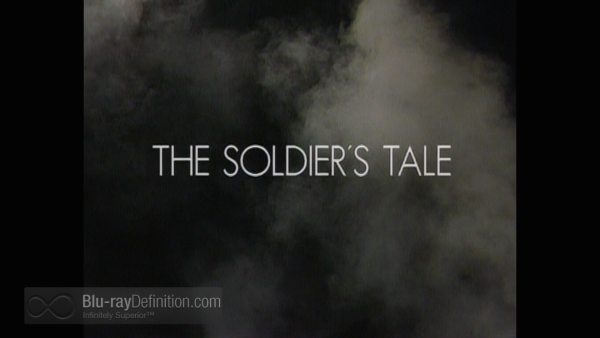 Following World War I, Russian composer Igor Stravinsky and his friend, the French poet Charles Ferdinand Ramuz, hit upon an idea to create a musical work that would be inexpensive to mount and relatively portable as it would require a small instrumental group. Based on a Russian fairytale about a soldier who deals with the devil, Stravinsky penned the score while Ramuz wrote the French libretto for L’histoire du Soldat (The Soldier’s Tale), a work for narrators and seven players. 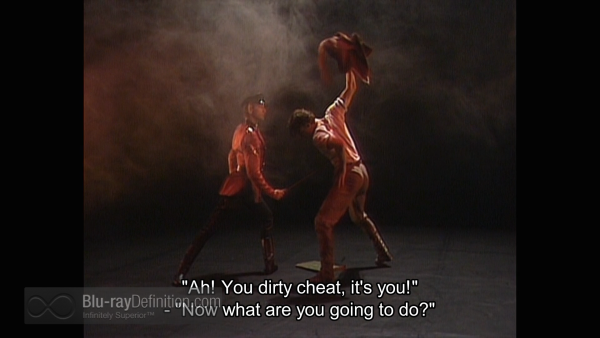 Jiri Kylian, a very prolific Czech choreographer, saw an opportunity to mount this work for the ballet stage and this 1988 Nederlands Dans Theater production provides the performance in this Blu-ray disc. 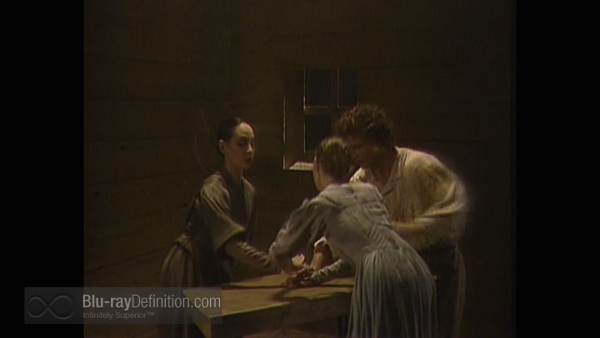 The story is quite simple. A soldier (Nacho Duato) has two weeks of leave and sets off to walk home. Along the way, he takes a break and, when he begins to play his violin, he encounters the Devil (Aryeh Weiner), disguised as an old man. The Devil and the Solider make a bargain: the former will get the violin and the latter, a magic book that will bring him great wealth. The Soldier agrees to teach the Devil how to play the violin for the next three days. 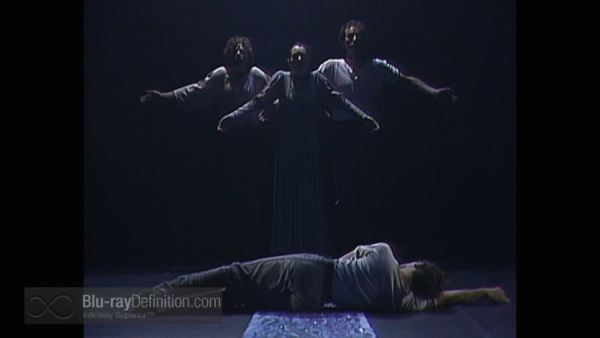 The Soldier reaches home but his mother (Teresina Mosco) does not recognize him as the Devil had detained him for three years, not three days! His fiancée (Fiona Lummis) has married someone else. In despair, he leaves and again meets the Devil who advises him to study the magic book. The Soldier does this and amasses great wealth but not happiness. In a desperate move, he takes his violin back but cannot make it play. Depressed, the Soldier discards his violin and rips up the magic book. 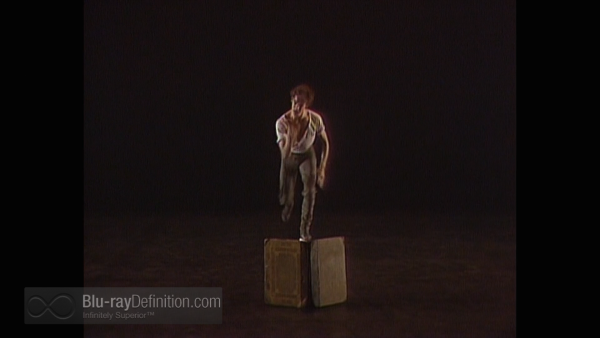 Wandering around the country side and once again poor, the Soldier hears about a dying Princess (Karin Heyninck) whose hand will be bestowed on anyone that can cure her. The Soldier makes his way to the castle, and discovers the Devil again, now a superb violinist. The Soldier gets the Devil inebriated, regains his violin and plays the Princess back to health. 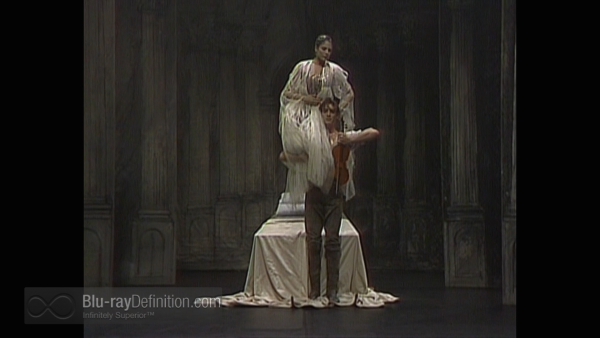 Although the Devil has warned the Solider not to return home, the Princess wants to see his village and meet his mother. As soon as they enter the village, the Devil appears one last time, takes back the violin and sends the Solider to hell. 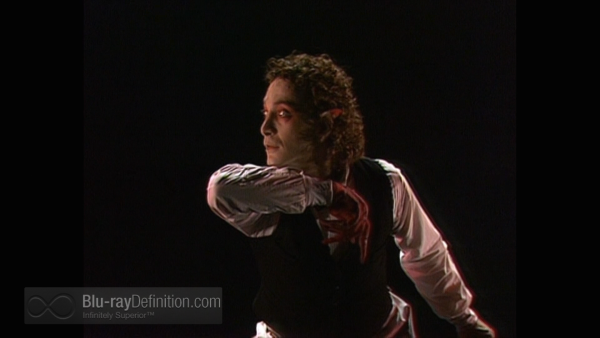 The choreography appears to owe much of its style to the legendary George Balanchine with its very acrobatic moves. A single dancer represents each principal character, but additional dancers appear intermittently with unclear attachment to the action or the story. 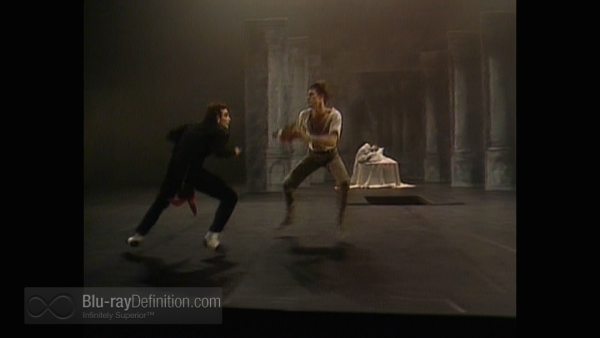 This is a 1988 standard definition video and, sadly, looks its age with rather blurry edges, color washout, and television-era rather than DVD resolution. The cameramen occasionally “lose” the dancers off the screen and the frenetic movement of the cameras is distracting to say the least. 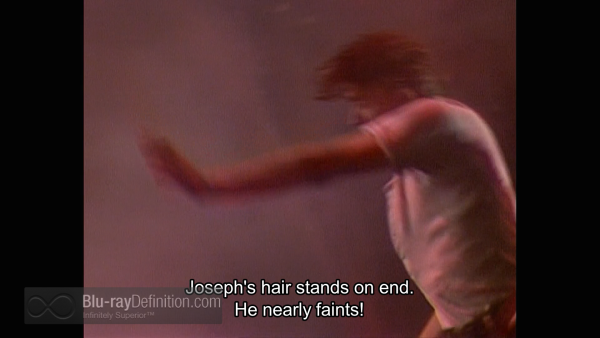 The French LPCM (48kHz/16-bit) stereo soundtrack is acceptable but no more than that with a very flat sound stage and spoken voices that seem to be recorded in another sonic plane altogether. 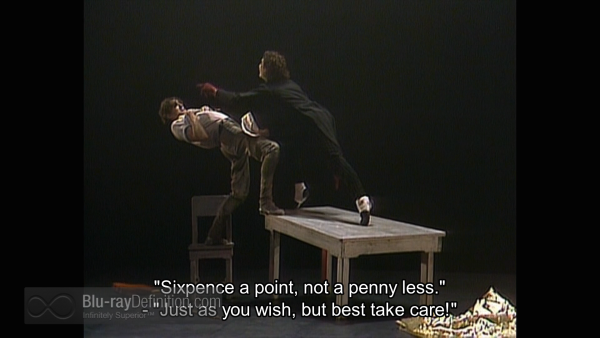 The program booklet provides a biography of Stravinsky, the genesis of the Soldier’s Tale and this ballet along with cast and credits. There is brief trailer for another of Kylian’s ballets. 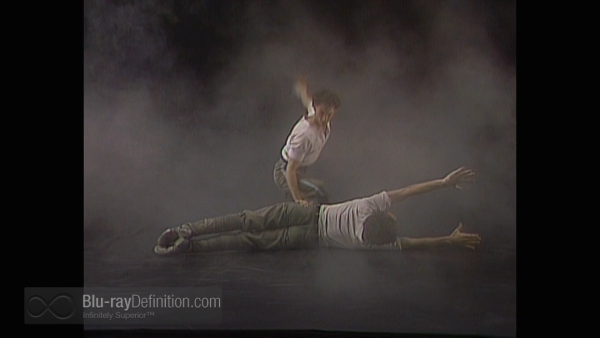 At best, this short-running (51 minutes) Blu-ray must be viewed as an historical document rather than a production that exploits today’s high-resolution audio and video recordings. Given the technical deficiencies of the picture and lack-luster sonics, I do not feel that this version of L’histoire du Soldat gives viewers the full-price dance experience that they deserve. Perhaps, the Nederlands Dans Theater will regroup and give us an up to date version in the future. 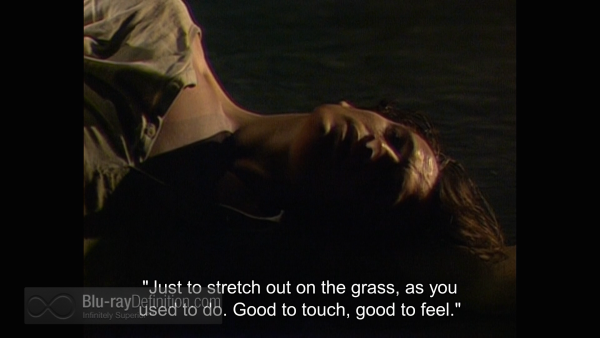 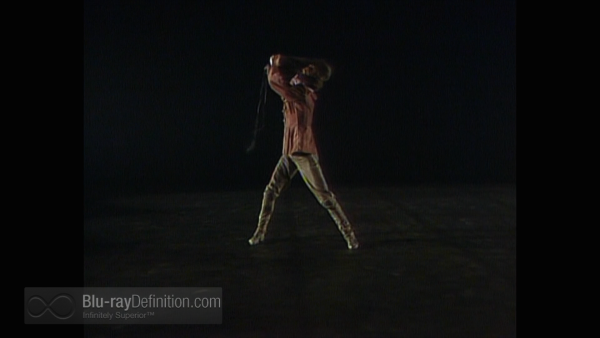 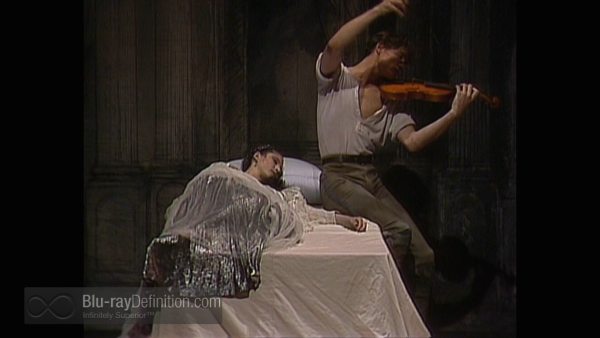 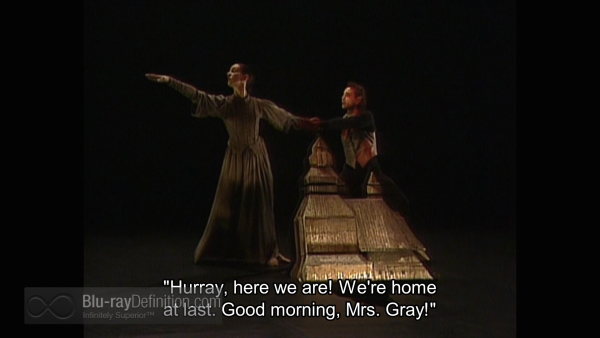 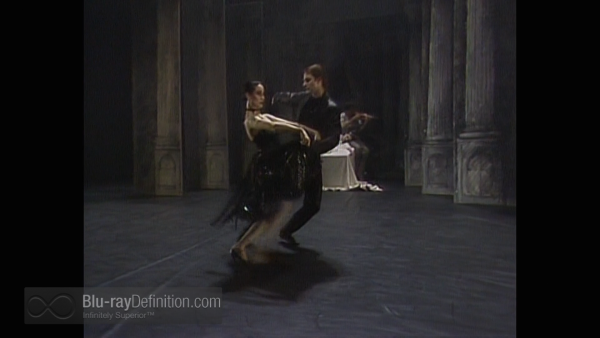 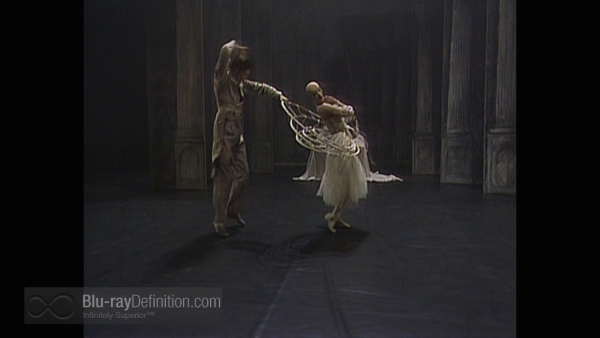