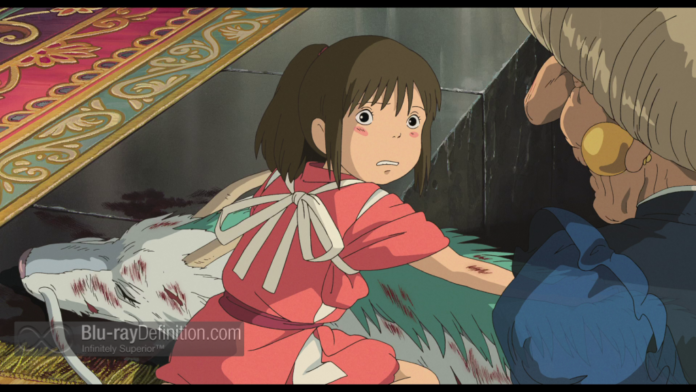 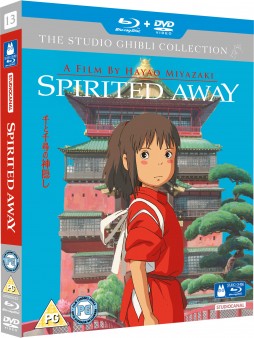 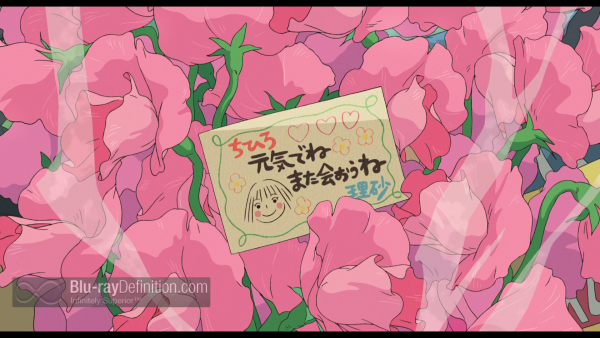 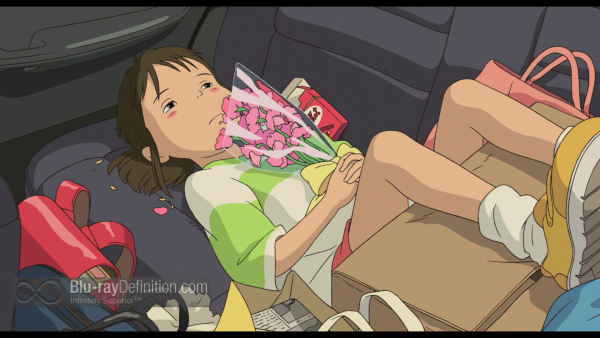 Spirited Away was a digital production so this transfer to Blu-ray from StudioCanal is as clear and crisp as one may imagine, free from noise and crisp in detail. Contrast is strong and colors a good, but not overly saturated. 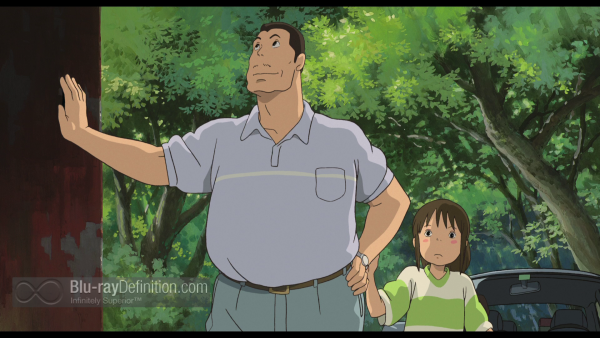 The Japanese soundtrack is provided in a DTS-HD Master Audio 5.1 (48kHz/16-bit) mix and the English dub is provided in a DTS-HD Master Audio 5.1 (48kHz/24-bit) mix. Outside of Michael Chiklis (Chihiro’s Father) and Lauren Holly (Chihiro’s Mother), there are no undisputed A-list stars in the English dub, and it shows in the somewhat bland voice acting. That said, the 24-bit track for the English mix does yield only a slight improvement in clarity and spacial depth. The mix itself, whether Japanese or English, has good balance and wonderful atmospherics — check out the opening scene with Chihiro and her parents walking through the tunnel for an example of how the reverberation surrounds you and sounds very lush. The low end packs good punch, but is tight and not unwieldy. 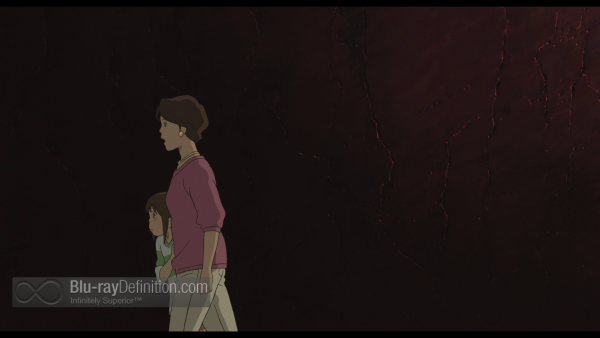 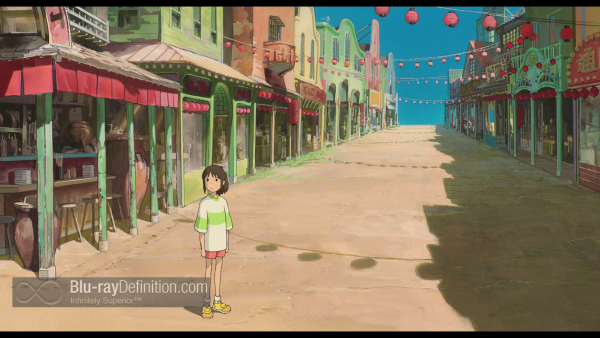 Spirited Away works on so many levels, it such a mature work that one can hardly simply label it a children’s film. In fact, due to some of the scarier elements of the film, it would probably be best to not allow children younger than 10 or 11 to watch it. That said, this is a high water mark in this Studio Ghibli co-founder’s career, and one that helped solidify him as the “Walt Disney of the East.” 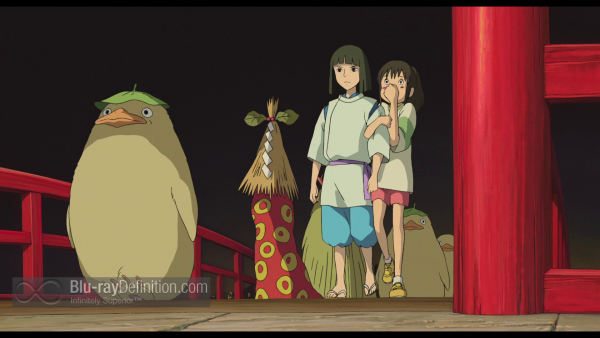 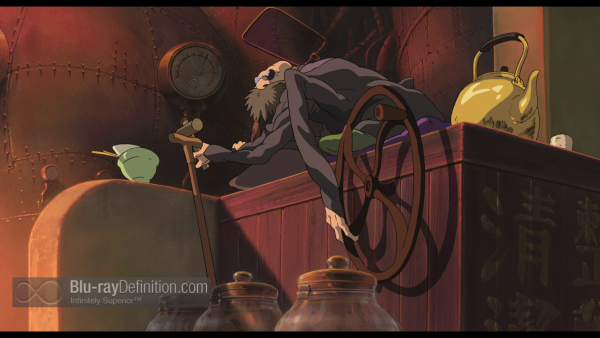 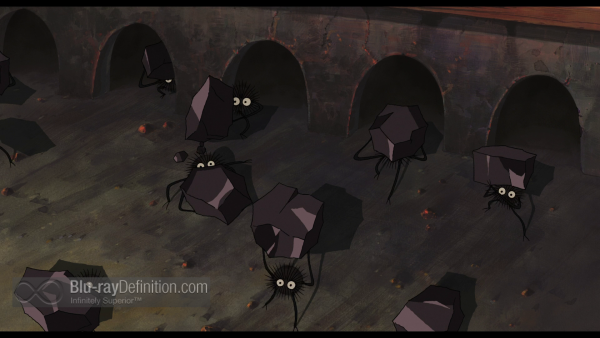 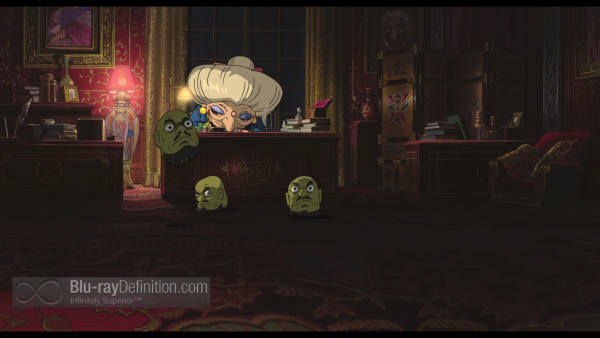 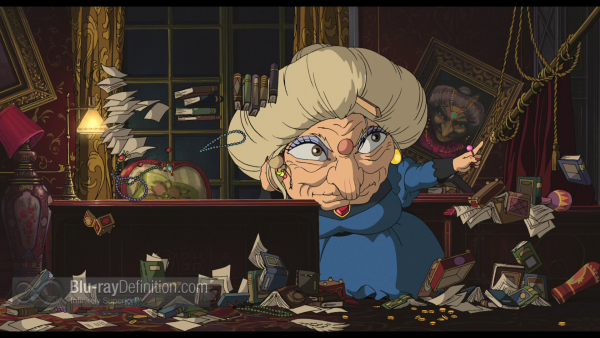 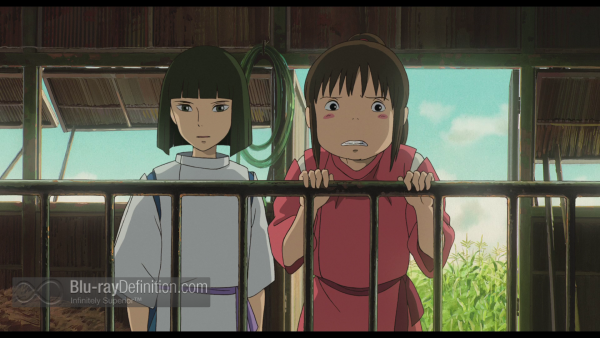 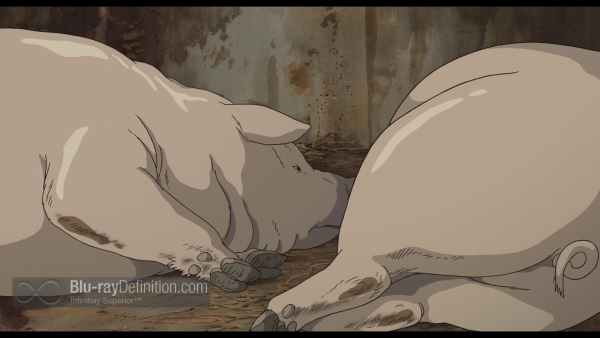 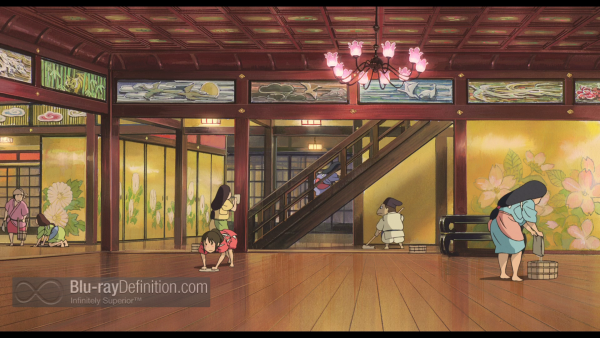 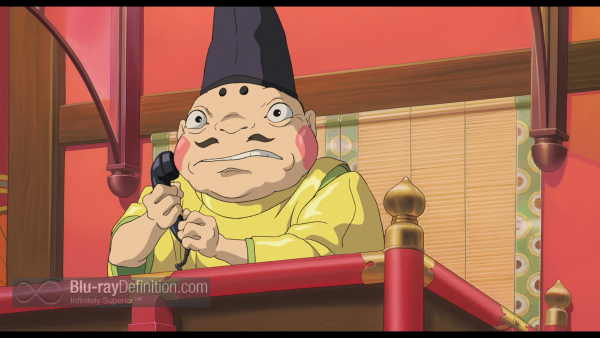 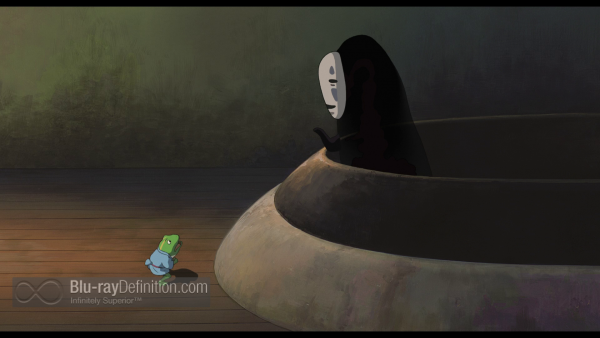 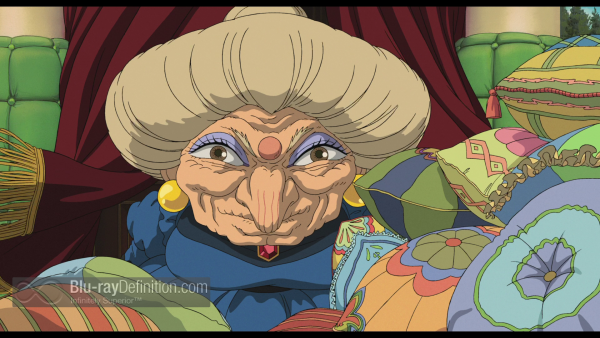 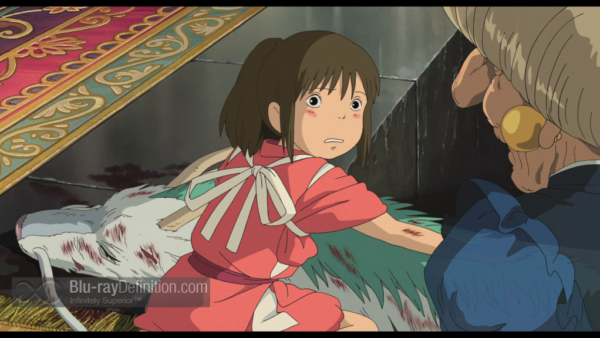 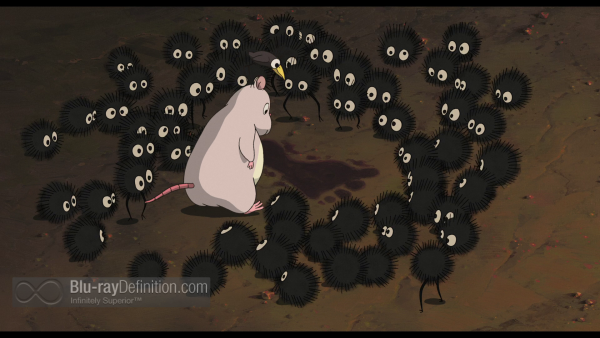 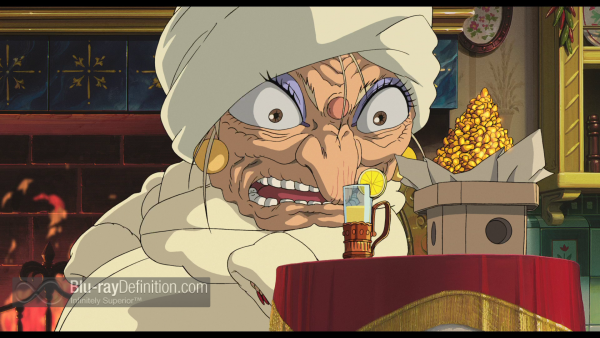 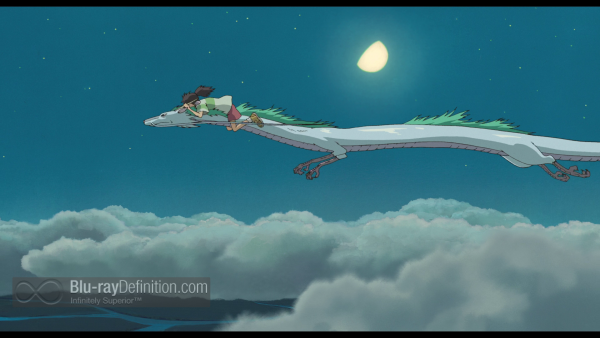