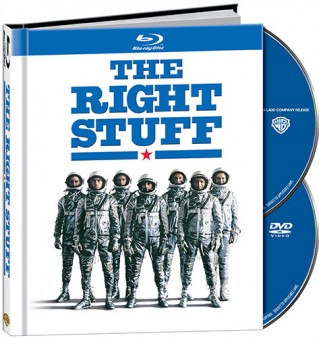 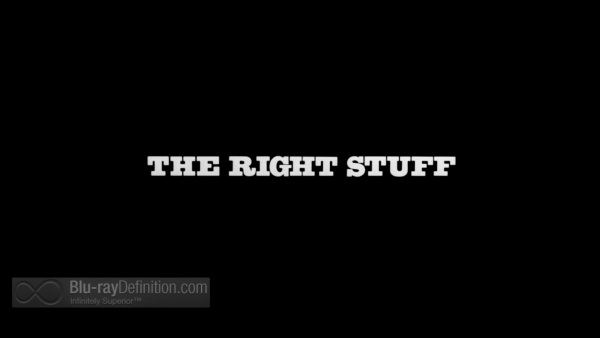 Covering 15-years in the beginning of America’s space program, The Right Stuff is now a bona fide classic. An epic in its truest form, the film traces the story of the original Mercury astronauts in its over three-hour length, weaving together threads of patriotism, infighting, domestic strife amongst the astronauts and their spouses, and a discord between their clean-cut public personae and the often raunchy diversions of their personal lives.

In the film, Scott Glenn plays Alan Shepard, who goes on to become the first American in space, only after losing out to being the first in space to a Chimpanzee and the Soviets; Fred Ward is Gus Grissom, whose career is filled with one misstep after another, including a botched space mission; and Ed Harris is John Glenn, the straight-shooter with the Boy Scout charm who will become the first American to orbit the Earth. Finally, there are Deke Slayton (Scott Paulin), Scott Carpenter (Charles Frank), Wally Schirra (Lance Henriksen) and Gordon Cooper (Dennis Quaid).

Taken from Tom Wolfe’s original, straight forward novel, writer/director Philip Kaufman tackles The Right Stuff like an old Hollywood epic, a Western visual aesthetic front and center, with wide open spaces, beautiful scenery, and, of course, the challenge of our heroes, the “white hats” to take on the “black hats”, the Soviets or perhaps even the dark, unknown void of space, and come out victorious. Along the way, they must all overcome their own personal demons to achieve that goal, while maintaining the front to the public that they are infallible, unbeatable.

With visual effects of outer space, courtesy of experimental filmmaker Jordan Belson, that often remind one Kubrick’s 2001: A Space Odyssey, intertwined with the flatter, but no less visually appealing look of the more earthbound, the film is a journey; a journey through space and time. Jokes about the changing social mores (the wives laughing to themselves about calling men “assholes”, because, obviously, that’s “unladylike”) Cold War patriotism in parallel to the (then) 1980s narcissism are artfully woven into the fabric of the film as well, helping us look back while helping to give us a point of perspective. 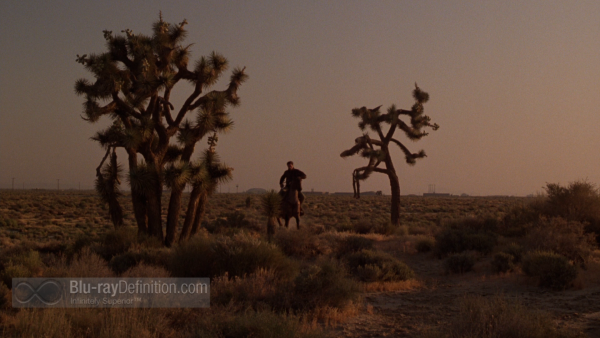 Warner’s transfer of the The Right Stuff arrives on Blu-ray in an AVC/MPEG-4 1080p encodement that looks clean and film-like. A bit of film softness remains, which is unavoidable given the age of the film, but it hasn’t been overly DNR’d to the point where we can no longer make out some of the finer textural details in clothing and on faces. Close-ups look generally crisp, especially in the brightest of scenes, and the generally cold palette seems to help. 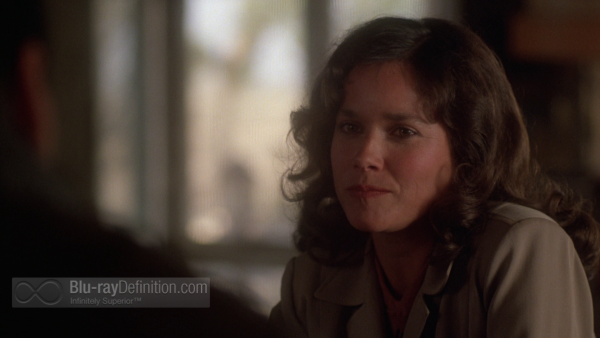 The English soundtrack is offered in Dolby TrueHD 5.1 (48kHz/24-bit). While it sounds sufficiently spruced up and clean, there is some audible crackle in dialogue during some louder passages and the 5.1 mix isn’t exactly a showstopper either. The surround channels are barely noticeable with some very slight ambience. The subwoofer carries a little boost of lower frequencies that definitely helps to heighten the scenes of rockets lifting off or airplanes booming through the sound barrier just a bit, but does little else. 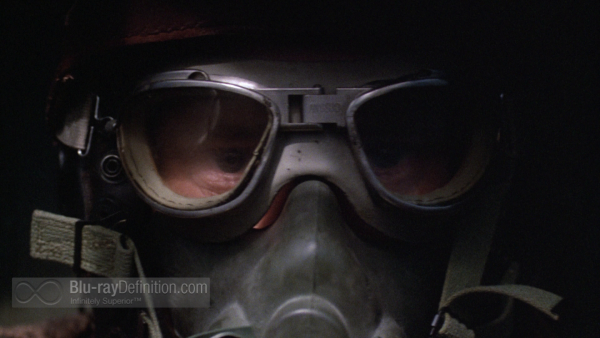 Nothing new on disc here, which explains why all of the video features are included on a separate DVD. Blu-ray Book: The 40-page Blu-ray Book features rare photos, notes, bios and more. Also included in the package is a letter from director Philip Kaufman. 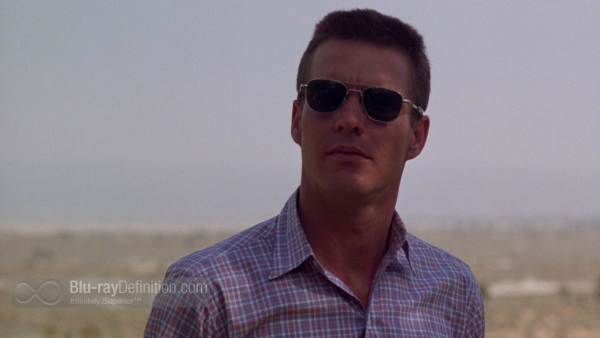 The Right Stuff is one of the great epics of the Hollywood cinema. A testament to human achievement that never succumbs to sentimentality or to an overly dry presentation of the facts, it is both visually powerful and dramatically pleasing. Highly recommended. 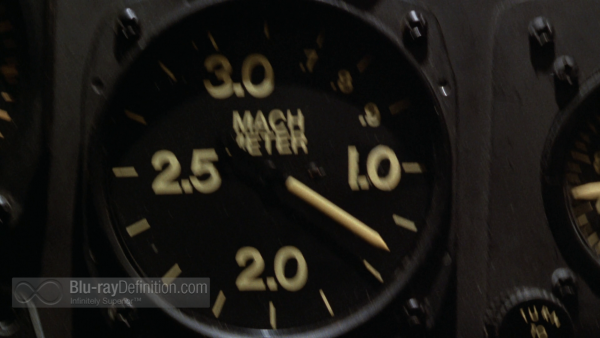 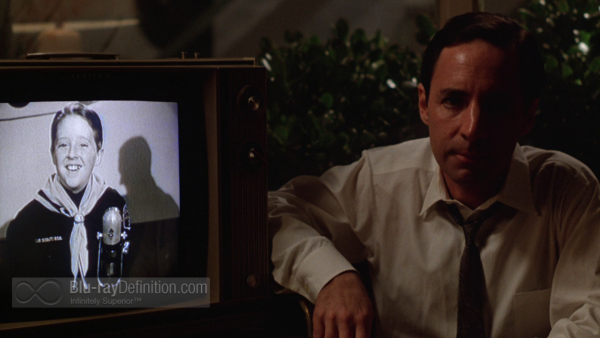 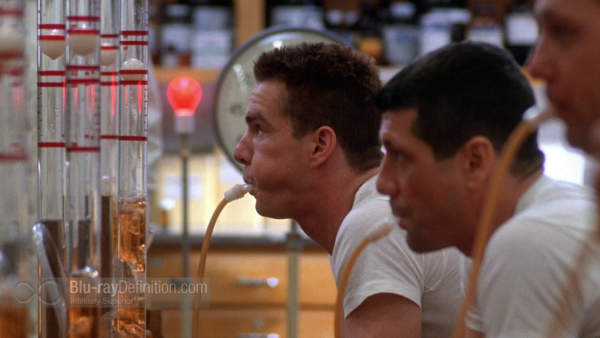 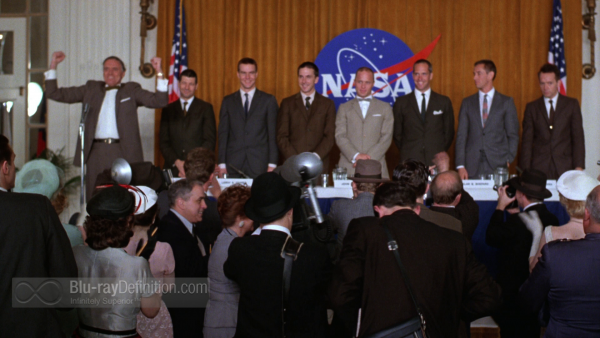 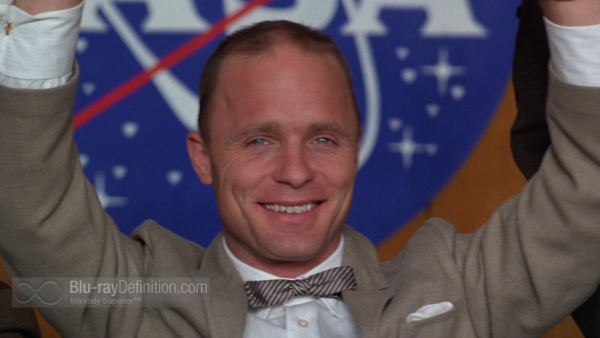 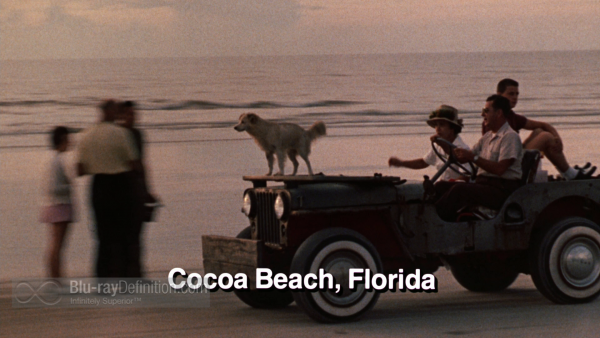 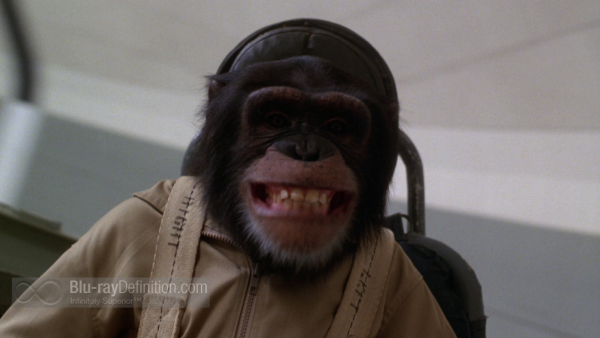 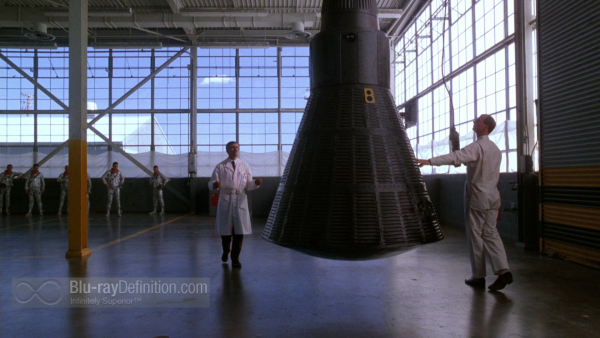 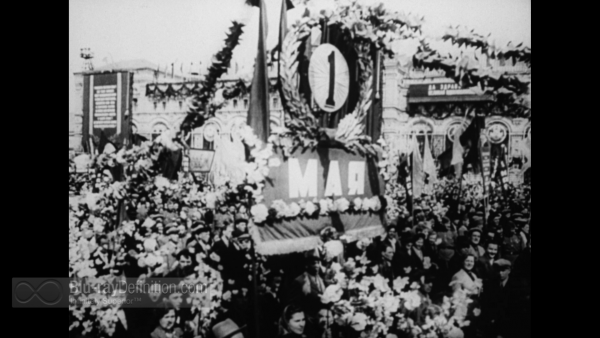 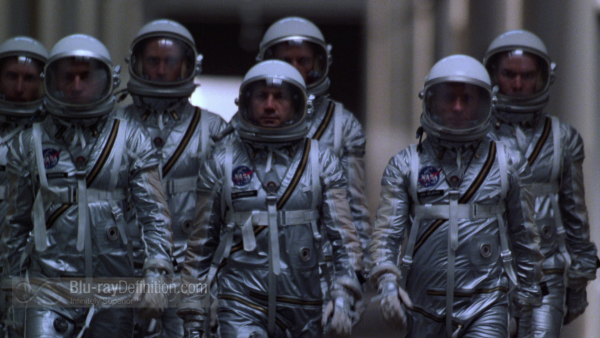 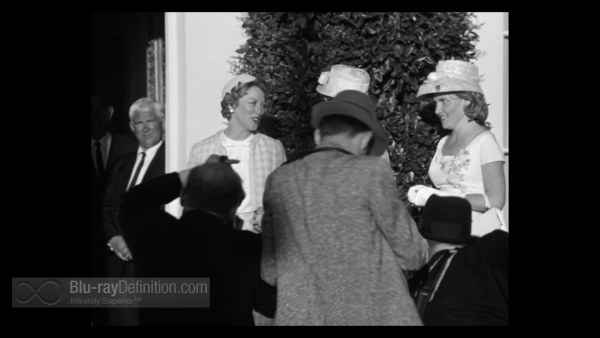 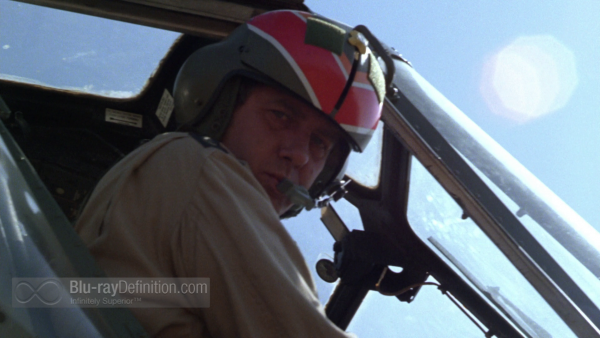 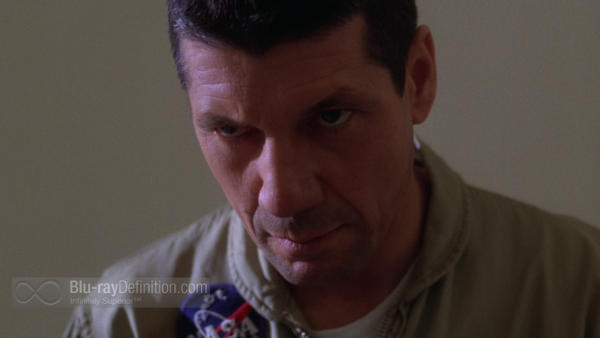 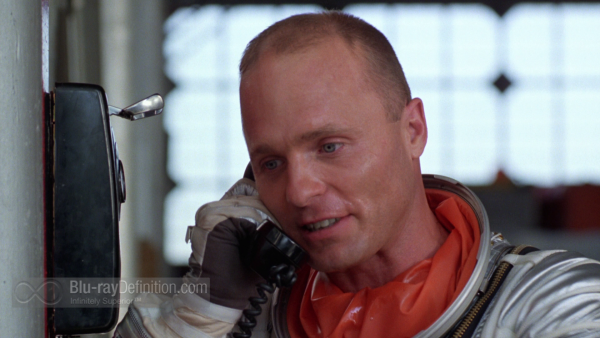 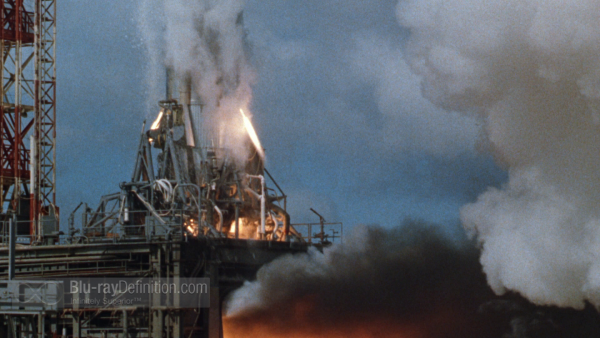 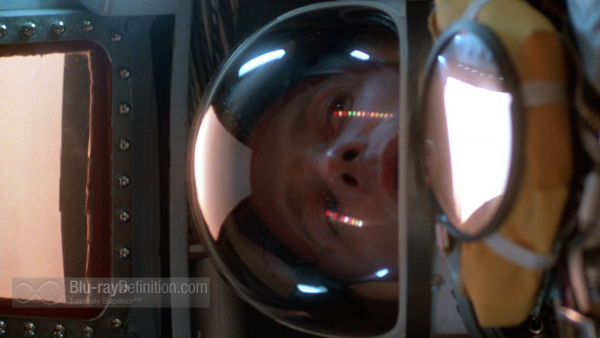 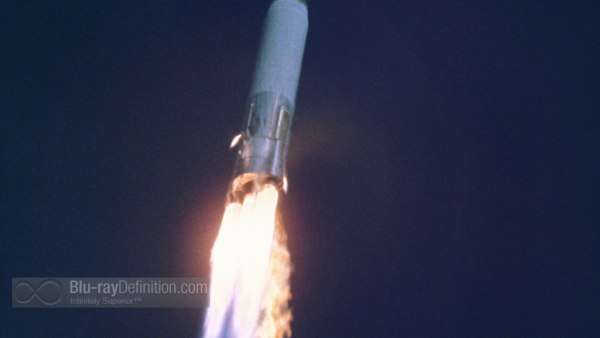