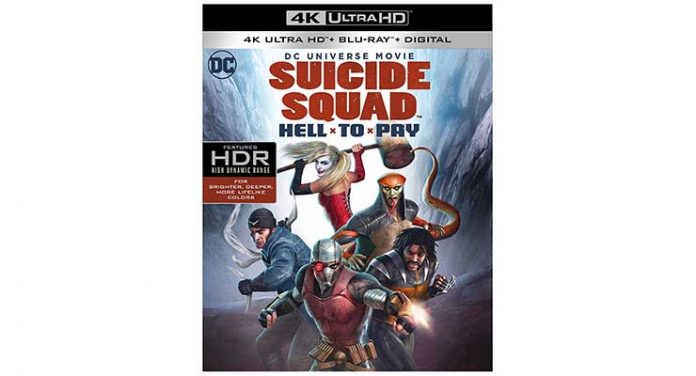 In the latest DC Universe direct-to-video animated release Suicide Squad: Hell to Pay, the maniacs of Belle Reve are assembled once again by the cruel taskmaster warden Amanda Waller (voiced by Vanessa Williams). This time  the veterans of the band of criminals in Task Force X, consisting of Deadshot (voiced by Christian Slater), Killer Frost (voiced by Kristen Bauer van Straten), Captain Boomerang (voiced by Liam McIntyre), and Harley Quinn (voiced by Tara Strong) are joined by newcomers to the group, the reptilian Copperhead (voiced by Gideon Emery) and martial arts master Bronze Tiger (Billy Brown).

The team are charged with tracking down a mystical artifact known as the “Get out of Hell Free” card that purportedly allows the bearer to bypass hell and go straight to heaven upon their death. Naturally, obtaining a card like this for Waller won’t be easy, especially when they have the immortal Vandal Savage (voiced by Jim Pirri) and the evil speedster Zoom (voiced by C. Thomas Howell) also after the card.

Suicide Squad: Hell to Pay comes with an “R” rating and rightfully so – it is arguably DC’s most violent and profanity-laced direct-to-video production to date, but that is not all it has going for it. While the card itself that Team X AKA the Suicide Squad is hunting is arguably a MacGuffin, the story is filled with a ton of action and these anti-heroes are more interesting than the superheroes that are usually the focus of these DC productions. Deadshot is the character with the most depth given his family situation with the daughter he longs to have a relationship with and Harley Quinn is the most charismatic.

This one film in particular looks fantastic as well without having to resort to tipping into gimmickry such as adopting an anime style or going Gothic in an alternate timeline such as in Gotham by Gaslight, as great as that film was. Fans of Suicide Squad may actually enjoy this film more than Snyder’s live-action film, which was a big letdown. 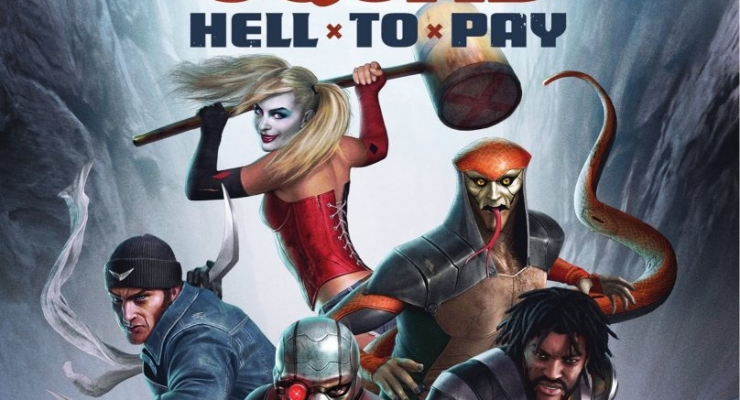 While the 2160p HEVC (4K) encodement framed at 1.78:1 of Suicide Squad: Hell to Pay pops with vibrant colors and highlights that shimmer off the screen, particularly in the dark scenes, there is distinct and distracting color banding throughout. Unfortunately, unlike the Batman & Harley Quinn release where the Blu-ray showed little of this same issue in comparison to the 4K Ultra HD counterpart, with this release, the issue is inherent in both formats, so the 4K is still your best bet for the better color and dynamic range, but the aforementioned issue keeps it from being any sort of reference.

Suicide Squad: Hell to Pay get a raucous DTS-HD Master Audio 5.1 soundtrack that, while it isn’t an immersive DTS:X or Atmos mix, is still quite engulfing and dynamic. There’s good dynamic range, beefy low-end, solid effects in the surround channels and clean dialogue.

There’s a good slate of special features included with Suicide Squad: Hell to Pay, all on the accompanying Blu-ray Disc. As always with the DC Universe animated releases, there’s a good selection of ‘making of’ featurettes offering interviews with the crew as well as sneak peeks at future productions and episodes from the DC Comics vault.

Action-packed and gritty with just enough comic relief, this Suicide Squad: Hell to Pay release on 4K Ultra HD Blu-ray has some video flaws, but is still a fun direct-to-video DC Universe release.