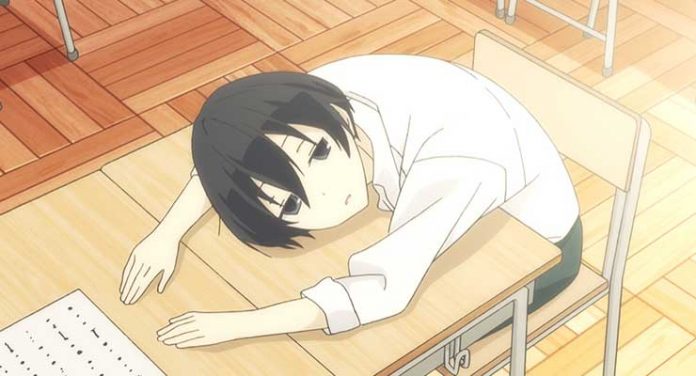 Tanaka-kun is Always Listless is based on the Japanese slice of life comedy shōnen web manga series written and illustrated by Uda Nozomi. The series revolves around the male protagonist Tanaka, a listless high school student who is always sleepy, taking naps and really not wanting to be bothered to make an effort to do much of anything. His friend Ohta must often come to his rescue to save him from passing out due to expending too much energy. That said, Tanaka does have a circle of friends, and he puts in just enough effort to keep them, but he finds himself somewhat annoyed when classmate Miyano, a short girl with a sort of spunky personality who admires him for his listlessness, wants to become his apprentice. Even though Tanaka thinks this is far too much of a nuisance and would take a lot of effort, he agrees.

There isn’t much of a story in Tanaka-kun is Always Listless and its lazy pace and deadpan comedy can become a little, ahem, tiring, it is an easy series to watch and does have its finer moments. The animation is rather solid straight through, even if it isn’t stunning or eye-popping, but it stays on an even keel, nice and detailed.

As a slice of life series, this isn’t one of the best I have seen, but it’s not the worst either, It falls somewhere in the middle and is about what one would expect for the genre. 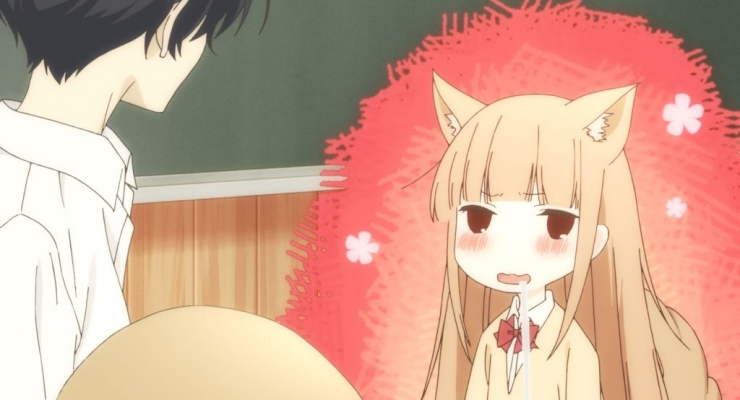 The AVC 1080p encodement of the digital animation for Tanaka-kun is Always Listless, framed at 1.78:1, looks satisfying, presenting the pastel palette of the series with the right amount of saturation, good detail, and little in the way of anomalies like banding or noise.

Tanaka-kun is Always Listless comes with the original Japanese-language mix in DTS-HD Master Audio 2.0 stereo as well as an English dub in the same DTS-HD Master Audio 2.0 stereo. Being a slice of life comedy series, there isn’t much to stand out in the way of dynamics or sound effects, but it works and provides clear, punchy dialogue. Both casts do a decent job with the material.

The bonus shorts included on the second disc are actually rather funny and are the only things somewhat out of the ordinary. Everything else is what we’d expect including the clean openings and closings and promo videos.

A sleepy slice of life comedy that is best taken in small doses but filled with some strong comedy and excellent artwork. The series looks excellent on this Blu-ray release from Sentai Filmworks

3.4 / 5 TheaterByte Rating
{{ reviewsOverall }} / 5 User Rating (0 votes)
TV-PGTV Rating
Silver LinkAnimation Studio
Sentai FilmworksDistributor
Kawatsura Shin'yaDirector
Omode AkemiWriter
30 Jan. 2018Release Date
1.78:1Aspect Ratio
AVC 1080pVideo
Japanese DTS-HD MA 2.0 StereoAudio
English DTS-HD MA 2.0 StereoSecondary Audio
EnglishSubtitles
The Story
The Animation
The Video
The Audio
The Dub
The Supplements
Summary
This slice of life anime series follows Tanaka, a high school boy who is always listless, totally lazy, looking for a place to take a nap, and a way to put in the least effort for whatever he needs to do, but somehow still manages to gather a circle of friends around him and at least one apprentice who wants to learn the finer art of listlessness. This series is best taken in small doses, is amusing in places and has fine artwork.
What people say... Login to rate
Order by: