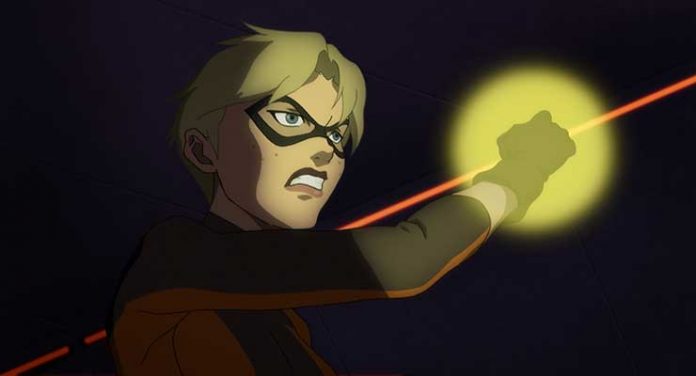 DC may not be able to keep up with the success of rival Marvel when it comes to big budget theatrical releases, but their DC Universe direct-to-video original movies definitely get the upper hand. Teen Titans: The Judas Contract, another of their films taken from an original graphic novel, is another good effort. It’s neither exceptional, but nor is a complete failure. That isn’t to say that it’s just a middling work either. It has all the elements one would want in a DC Universe film – action, an unhinged villain (in this case two) and an eye-catching animated look.

The story follows the Teen Titans – Beast Boy, Raven, Blue Beetle, Robin, and Nightwing – who have been gathered under the leadership of the exiled alien princess Starfire alongside their newest member, the troubled Terra, whose abilities allow her to manipulate earth and cause quakes. But trouble is brewing, and a radical cult leader – Brother Blood – is out to exterminate the Teen Titans whim he sees as abominations. Blood wants their power for himself and to get it, he hires longtime foe of the Teen Titans, Deathstroke, to help him eliminate them.

There’s a twist to this raging battle of powers and intrigue, one that may not be too difficult to see coming, but I won’t spoil anything by giving any further details. Needless to say, like most of these superhero films, the bulk of the action is in the finale where the entire plot comes to a boil. It offers up the best animation and backgrounds of the film. The Judas Contract may not be on the level of The Killing Joke, which itself was just a little hit and miss, mainly for the less than evocative character designs, but it gets the job done for a direct-to-video release. 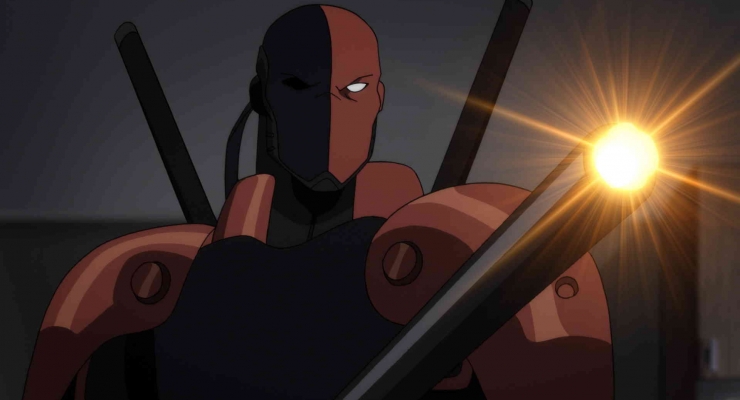 The AVC 1080p encodement to Blu-ray of Teen Titans: The Judas Contract arrives framed at 1.78:1. It is satisfying, but not reference quality by ay means. While the colors pop nicely and contrast is excellent with good, deep blacks and vibrant primaries, there is some slight color banding, a bit of jaggedness around line art, and some frames that look a little soft.

Teen Titans: The Judas Contract gets a solid DTS-HD MA 5.1 mix that is rather aggressive and can hold its own in this world of object-oriented, immersive sound formats like Atmos and DTS:X. There is use of the surround channels for a lot of discrete effects, the low end extends far down into the range without overwhelming the other frequencies or distorting, ad dialogue is full and clean without clipping or dropping below the effects during the numerous action sequences.

The extras included on disc are not so great. The Titanic Minds half-hour conversation with Wolfman and Pérez will be the one fans will most want to see. The bulk of the rest of the new material is sneak peeks of upcoming DC Universe animated movies and two Teen Titan TV episodes.

A good bit of action and two formidable villains makes Teen Titans: The Judas Contract a fun animated movie from the DC Universe. The lossless 5.1 audio soundtrack holds its own in this new era of Atmos and DTS:X mixes as well. This one will be appreciated by the fans of Teen Titans.