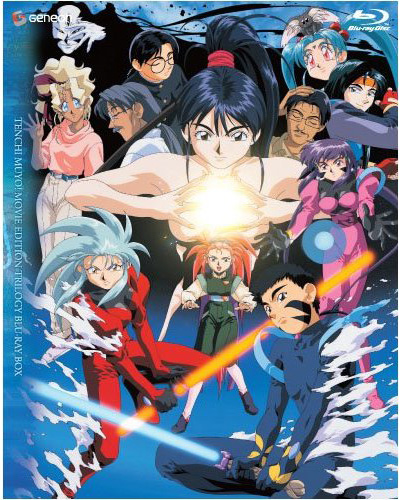 The Tenchi Muyo! Movie Edition Trilogy Blu-ray Box brings together three movies based on the Tenchi Muyo! OVA (Original Video Animation) created by Masaki Kajishima and Hiroki Hayashi about a seventeen-year-old boy named Tenchi Masaki and the group of alien girls who all surround him, vying for his affections. The world of Tenchi Muyo! has apparently gone through various mutations between its original series released in Japan from 1992–93 and several manga (comic books) additional series and, of course, the movies.

Being a newcomer to the series myself, I am admittedly not very familiar with the intricacies of the Tenchi Muyo! mythology. Apparently there have been character changes and additions, changes in character origins, and manga that added story lines and subplots to the entire world of Tenchi Muyo! 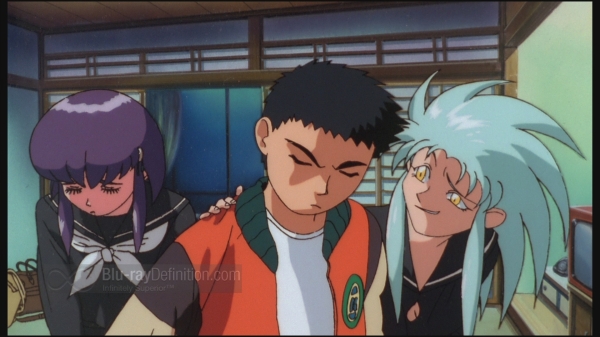 For those uninitiated, here’s a brief introduction: Tenchi Masaki is a seventeen-year-old from a royal bloodline known as the Jurai whose history is revealed to him by five alien girls who show up at his home and begin lodging with him. All of these women have a romantic interest in Tenchi, particularly Ryoko, a space pirate with special powers whom Tenchi accidentally released from a cave she had been imprisoned in for 700-years, and Ayeka. From what I understand, the movies, particularly the first two, tone down the sexual aspects of the original series and play up the comedic and action elements of Tenchi Muyo! giving them a different feel from the television OVA. 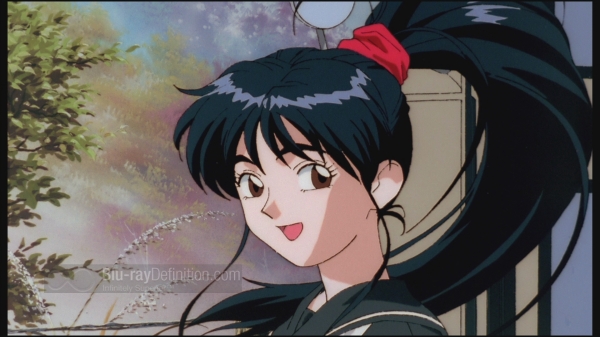 The first movie, Tenchi Muyo! in Love introduces a completely different character as Tenchi’s mother. This is also central to the plot of Tenchi Muyo! in Love, which involves a theme not unfamiliar to anyone who has ever seen Back to the Future. Tenchi and his group of female alien romantic love interests must go back in time 26-years to 1970 in order to save Tenchi’s mother, Achika, from a powerful Super A-1 class criminal, Kain, bent on destroying the power of the Jurai royal line. Tenchi begins to dissolve from existence and must ensure that his mother is not killed and that his parents meet in order to ensure his existence. 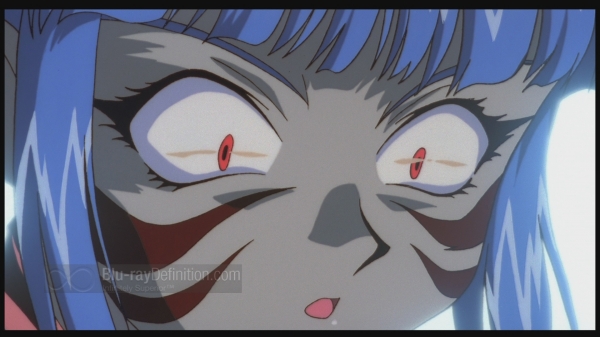 Midsummer’s Eve reintroduced some of sexuality that Tenchi Muyo! was famous for, but only mildly, depending on your perspective. In Midsummer’s Eve, another teenaged girl, Mayuka, arrives at Tenchi’s home and claims to be his daughter. When it is discovered that Mayuka is in fact Tenchi’s daughter because she shares half her DNA with him and another half with someone else, Tenchi and the girls set out to figure out who Mayuka is exactly. Of course, things take an odd turn, one that only the Japanese can conjure up, when Mayuka begins trying to seduce Tenchi and steal him away to some mysterious alternate plain.

Of course, Tenchi’s attention to Mayuka causes a stir among the ladies, particularly Ryoko and Ayeka. Soon it is found that Mayuka is being used as a vessel by a demon trying to use Tenchi to avenge the day she was driven away from Jurai during Startica celebrations.

Midsummer’s Eve is an interesting central film in the Tenchi Muyo! movie trilogy, even if it feels a bit disconnected and stylistically caught between each of the others, as you will read below. The biggest weaknesses with Midsummer’s Eve, unfortunately, are the rushed feel of its story and the incredibly short running time, clocking in at just under an hour. By the time one is invested in the story, it’s all over. 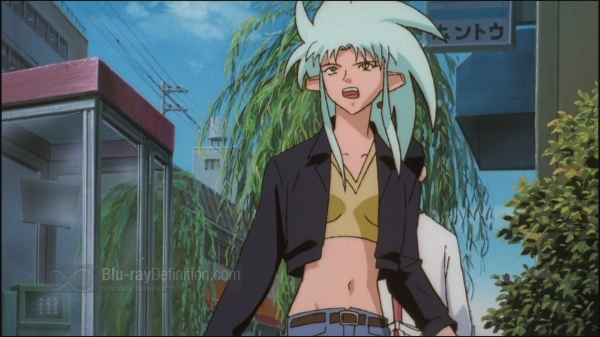 For the third and final movie in the Tenchi Muyo! trilogy, the creators shake off the comedic elements and most of the action of the previous two films and dive into the sexual tension and character development that is a staple of the Tenchi OVAs and lightly hinted at in Midsummer’s Eve.

The movie starts out with an argument between Ryoko and Ayeka that eneds with the two girls demanding that Tenchi finally decide which one of them he likes the best. Frustrated, Tenchi storms off into the woods where he is taken by a strange entity. The movie then flashes forward six months and Tenchi is still missing. Ryoko and Ayeka, now depressed shells of their former selves, have moved to the city together to search for Tenchi and the rest of the girls have moved on as well.

Eventually, Tenchi is found to have been living in an alternate universe under the spell of the spirit of a woman named Haruna who died on her way to Earth. She is now using Tenchi to live the life she thought she should have had, and Tenchi has forgotten all about his previous life. Ryoko and Ayeka, whose deep feelings for Tenchi are finally brought to the fore in this movie, must break into Haruna’s alternate reality and attempt to rescue Tenchi by getting him to remember his past life.

In the absence of the humour and action of the previous two movies, Tenchi Muyo! in Love 2 feels weighty and contemplative with more reserved color palettes and audio mixes to compliment it as well.  Out of the three films, it is the one that can most stand on its own without much explanation or understanding of the Tenchi Muyo! back story. 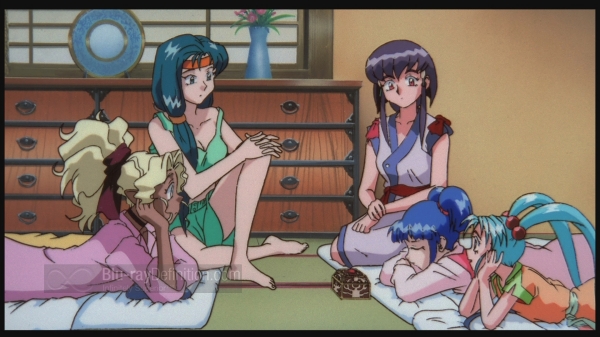 Each disc in the Tenchi Muyo! Blu-ray Box comes with a high definition 1.78:1 1080p/24 AVC/MPEG-4 encoding from Geneon.  Since this is the first time I have viewed any of these films, I cannot compare their quality to the previous DVD releases and offer any sort of an informed opinion as to their improvement. I can only say that, to my eyes, they definitely appear to have much better resolution and detail than DVD, but the transfers have also not been cleaned up very well, so much of the issues with the source are very visible in these new high definition renderings.

Tenchi Muyo! in Love is the earliest of the three movies and also the least spectacular looking in the set. Dirt and scratches in the source are most problematic with Tenchi Muyo! in Love. Swatches of color sometimes alternate between deep and dark to washed out with swarms of dust and some slight posterization, despite the bitrate peaking near 40Mbps.

Midsummer’s Eve has the most vibrant color palette of the three movies and suffers far less from source damage than Tenchi Muyo! in Love despite being separated by only one year. Details are sharp, though there is still some slight noise in darker patches of color and occasional color banding. The bright colors also tend to soften slightly around edges and bleed just a tad, but the overall look of Midsummer’s Eve is one that is pleasing to look at, but obviously more could have been done to restore this anime for this Blu-ray transfer.

Tenchi Muyo! in Love 2 has the most reserved color palette of the three films and the cleanest source, it also has the most detailed transfer and is plagued by the least amount of artifacts. It is unfortunate, however, that this third and final movie of the trilogy has the weakest palette to show off the transfer. With that being said, it rounds off the Tenchi Muyo! Blu-ray Box with a good bit of quality. 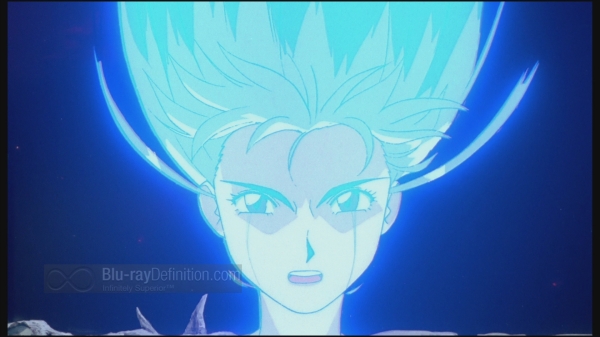 Rather unusually, each disc in this Tenchi Muyo! set is provided with three lossless options , the original language Japanese DTS-HD Master Audio 5.1 (48kHz/16-bit) and Dolby TrueHD 5.1(48kHz/16-bit) mixes plus English Dolby TrueHD 5.1(48kHz/16-bit) mixes with Japanese subtitles for English audio, and English Subtitles for both the Japanese and English audio versions.  I listened to the DTS-HD Master Audio Japanese language tracks as my reference for these reviews, briefly sampling the TrueHD Japanese and English versions along the way. There was no discernible difference between either lossless Japanese mix, but the dialogue did seem somewhat more forward in the English mix.

The first film’s DTS-HD Master Audio 5.1 mix is lively and quite dynamic, with an abundance of low frequency extension. An ample amount of ambience is sent to the surround channels along with a constant amount of discrete and atmospheric sound effects. There is a wide dynamic range, from whisper quiet to thunderously loud. Dialogue is intelligible, though there is some clipping present in louder passages. High frequencies are a little on the harsh side, but they are reserved so they never slip into the realm of becoming fatiguing to listen to.

The DTS-HD Master Audio mix on Tenchi Muyo! Midsummer’s Eve is equally engaging and entertaining as that of Tenchi Muyo! in Love. Sounds move around the room, dynamics are well utilized, and low frequencies resound.  Dialogue, once again, shows some clipping and can sometimes be buried a bit in the mix, but overall it is a nicely done mix that draws listeners into the material.

In keeping with the more intense, melodramatic mood of Tenchi Muyo! in Love 2, the film’s soundtrack is more subdued. With a quieter, front-heavy mix, the DTS-HD Master Audio 5.1 soundtrack doesn’t open up until towards the end during some more action-intensive sequences. The dialogue is clean, and the overall sound is airy, dynamic, and well suited to the material, but it still seems a bit too dry and contrained. 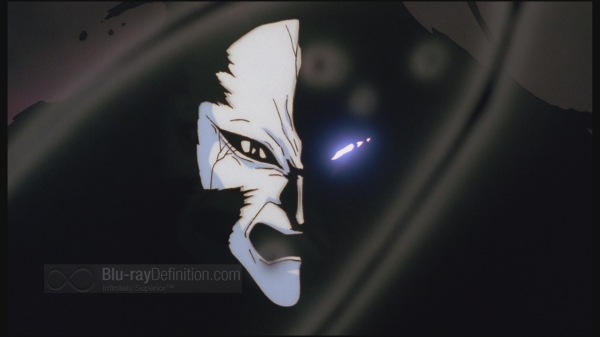 The supplements in this set are barely worthy of mention. Each disc is simply provided with a teaser and trailer of the film in upscaled 1080i/60, except Tenchi Muyo! in Love 2, which has its trailer provided as the only one in 1.78:1 1080p/24 HD. 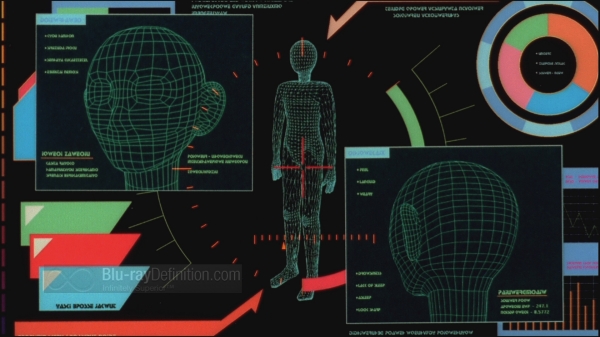 Tenchi Muyo! is an odd OVA, to say the least. Some critics malign it for being too confusing to follow and its “multi-verse” is certainly a complex one, with the histories of certain characters changing from series to series or some characters, such as Tenchi’s mother, being replaced completely from the OVA series to the movies. Coming to the movie trilogy uninitiated, I am unburdened by the history of the Tenchi Muyo! mythology, so viewing the trilogy with fresh eyes, I can only say that I found it to be enjoyable if somewhat disjointed. The films themselves don’t necessarily work together as a complete stand-alone trilogy, so it is like being thrown into a pool without knowing how to swim at first. By the end of it all, you’ll be well initiated and thoroughly entertained.

This Blu-ray Box is not exactly a great value with its lack of value-added material and middling video transfers, but being that this will still most likely offer much better picture and sound quality than any DVD versions, and it is one of the few Blu-ray anime releases from Japan with any English audio or subtitles available on it, I’d say this is a difficult one to pass up.