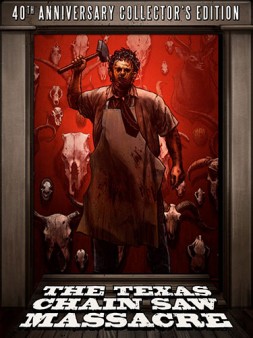 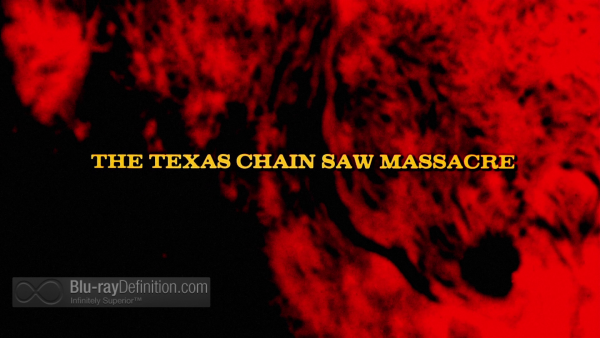 Tobe Hooper’s cult classic The Texas Chain Saw Massacre was in 1974 the second film to take inspiration from Wisconsin serial killer Ed Gein, the first being Hitchcock’s inimitable, groundbreaking thriller Psycho (1964). Other films would follow that would take inspiration from the same source, such as Silence of the Lambs (1991), but none of them would be as genre defining as The Texas Chain Saw Massacre. It would be the first of its ilk, the first to have a faceless, hulking killer; the first to use power tools as killing device of choice; the first to display such brutality on screen in a fictional film without flinching. This was Watergate era America, the country had just come through over a decade of brutal warfare in Vietnam and gut wrenching images of the consequences of that on the nightly news. There was no longer any need to hold back.

The film is a brutal account of a lazy summer afternoon drive in Texas taken by Sally Hardesty (Marilyn Burns) and her wheelchair-bound brother Franklin (Paul A. Partain), with a group of their friends to check on their grandfather’s remains at his old secluded farmhouse. Ignoring numerous warnings from townsfolk to stay away, they press on, it’s a journey that will end violently after they cross paths with a psychotic, chain saw wielding murderer in a mask made from human skin (Gunnar Hansen), and his group of cannibalistic partners in crime.

The film would be banned in several countries around the world upon its release. By today’s standards, in this post-Saw and The Human Centipede world we live in, The Texas Chain Saw Massacre almost seems timid, the entire first half of the film being made up of a day in the sun, a confrontation with a weird and admittedly violent hitchhiker, and an exploration of an old house and its idyllic surroundings. Hooper’s film, written by himself with Kim Henkel, builds an atmosphere of tension in this quiet isolation and with the music, by Wayne Bell and Hooper, that pierces through the silence with cutting hits and buzzing sounds. Of course, the culmination of all of this is the denouement when Sally finds herself strapped to a chair in the inner sanctum of this houseful of lunatics and realizes she is to be the next and last victim. It is a virtual orgy of insanity and violence that is creepy in every possible way. 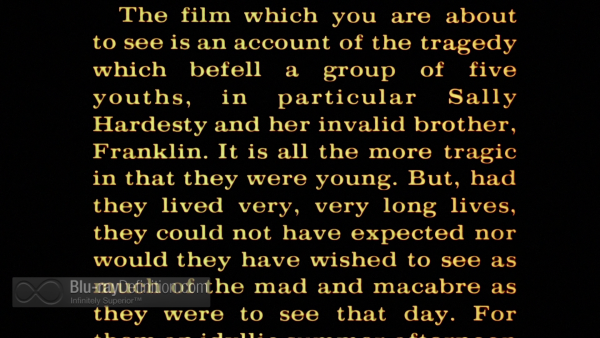 The Texas Chain Saw Massacre is a low budget production from 1974 that has never looked particularly great in any format. That said, this newly restored and remastered 40th anniversary edition, scanned in 4K, gets it just about as good as it has ever looked. Sure, there is still lots of softness and grain even noise in the darker scenes where detail just collapses into an amorphous mass, but the film looks very clean and colors are quite vibrant in the day lit scenes in this new AVC/MPEG-4 1080p encodement. 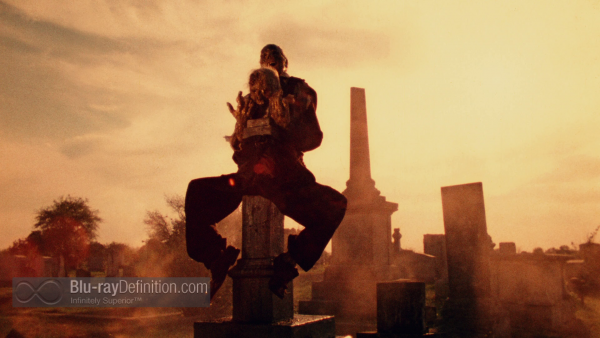 In addition to the original monaural soundtrack in LPCM 2.0 (48kHz/24-bit) and a stereo mix, also in LPCM 2.0 (48kHz/16-bit), The Texas Chain Saw Massacre has been remixed in 7.1 and included in a new lossless DTS-HD Master Audio 7.1 (48kHz/16-bit) track. There is also a lossless DTS-HD Master Audio 5.1 (48kHz/16-bit). The new 7.1 mix does not compare to modern soundtracks in anyway, but the audio has certainly been nicely spruced up here and sounds full, atmospheric, and dynamic. There are some very subtle sound effects one can make out coming from the surround channels and a definite boost of the low end. That piercing score really sends chills down the spine as well. Best of all with this release are the numerous options, so those who’d prefer a more authentic experience can listen with the good monaural track. For those who’d like something more subtle but with a little separation, the stereo track might be the way to go. If you’re going for surround and have the extra channels, skip the 5.1 and go straight for the 7.1. 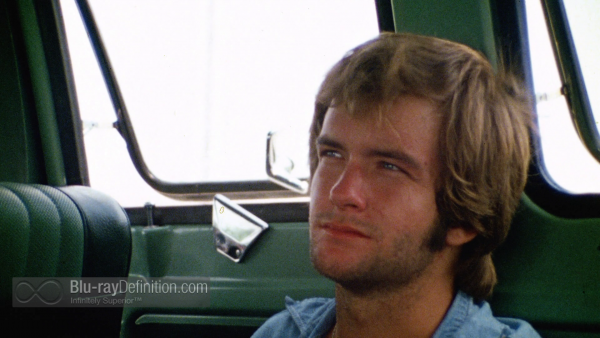 The set is packed with new and vintage supplements as well as DVDs of both the feature film and the bonus features (also available on Blu-ray). 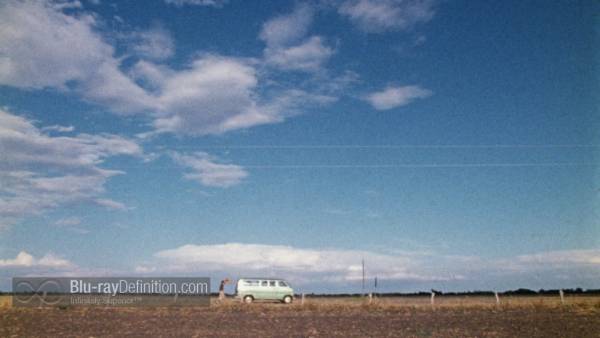 Fans of shock horror unfamiliar with this film might be surprised to find how surprisingly low key and devoid of gore The Texas Chain Saw Massacre actually is. While it does have its moments of violence and gore, most of the film concerns itself with psychological horror like none before it or since. The film spawned a virtually endless supply of copycat horror franchises such as Halloween and A Nightmare on Elm Street, but it still remains ground zero for any true horror aficionado. 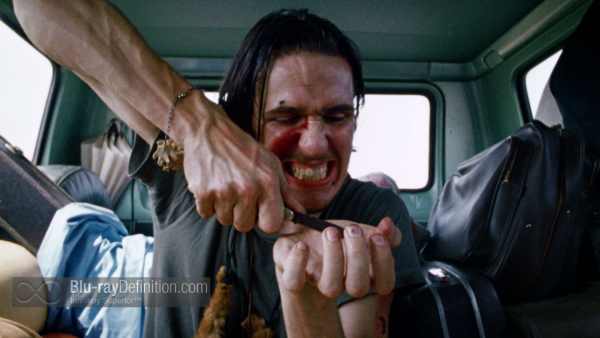 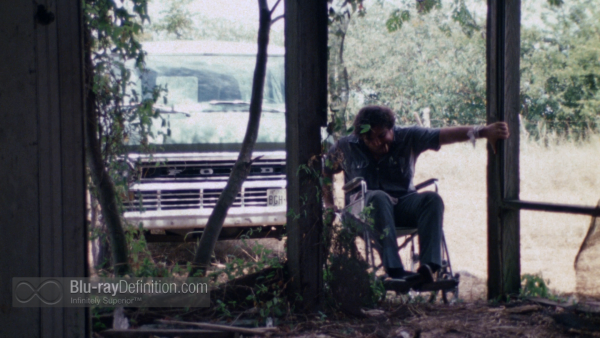 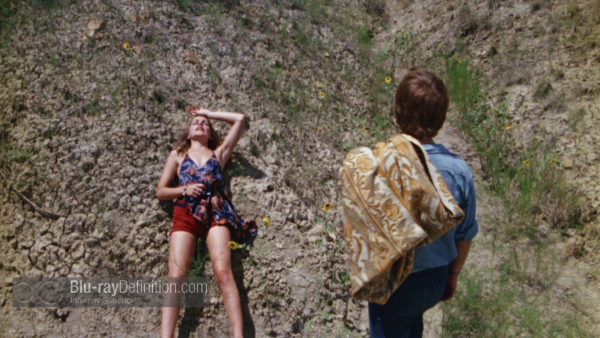 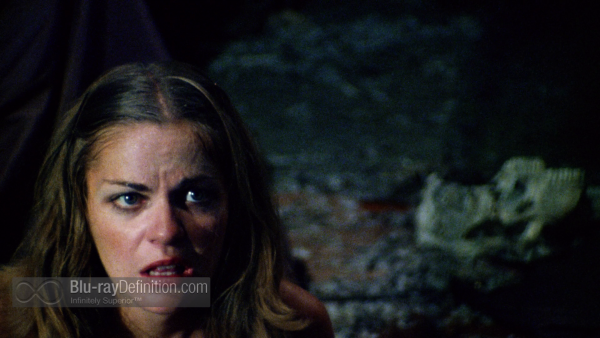 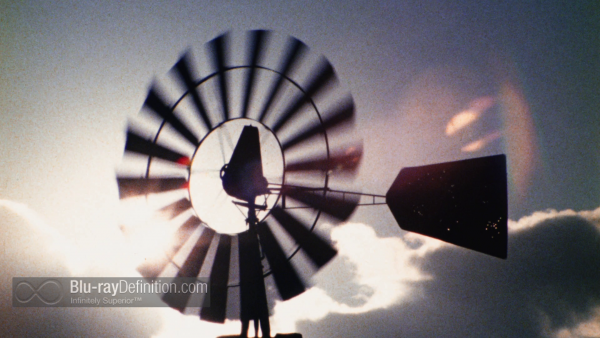 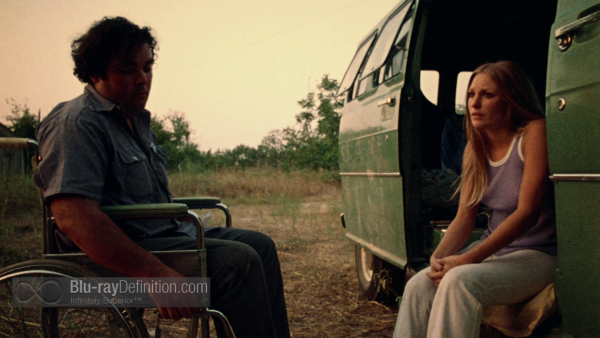 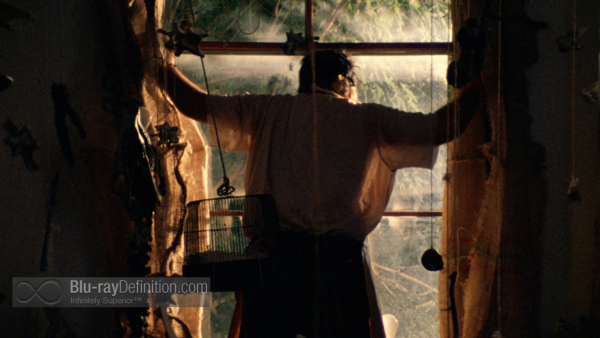 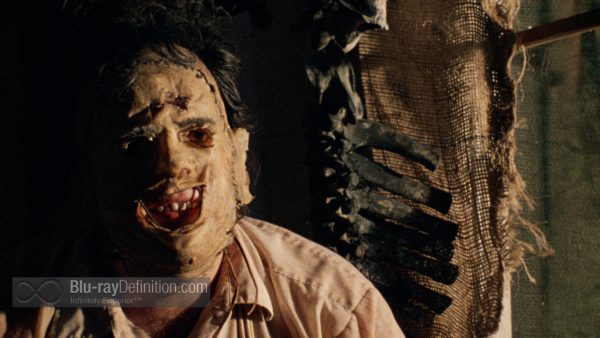 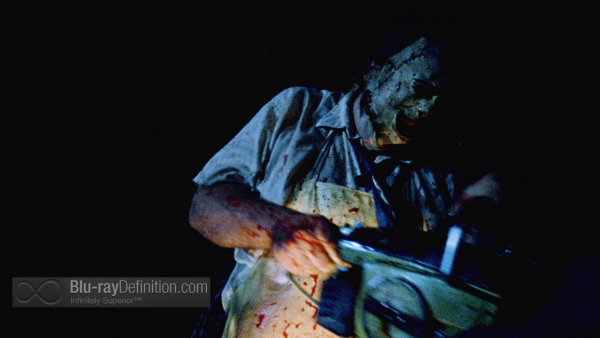 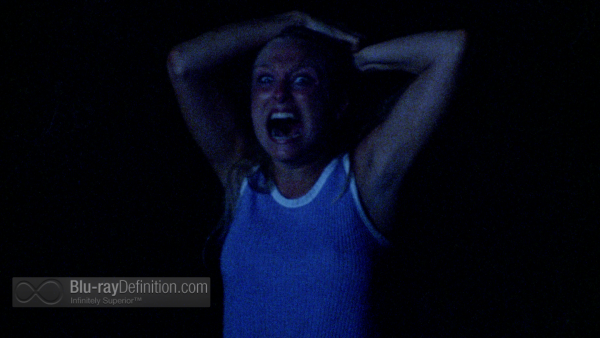 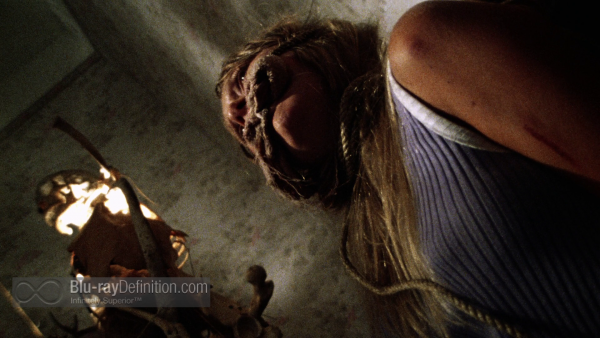 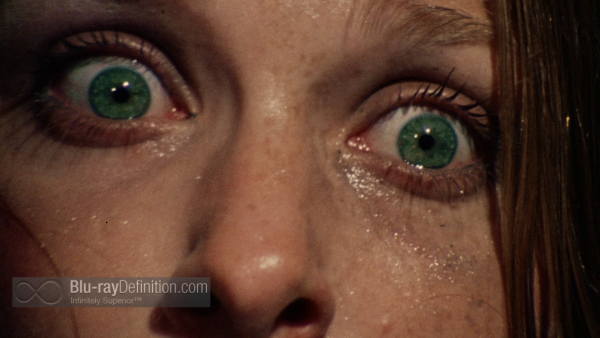 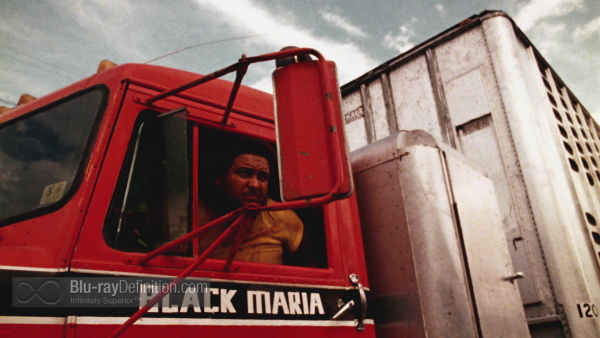 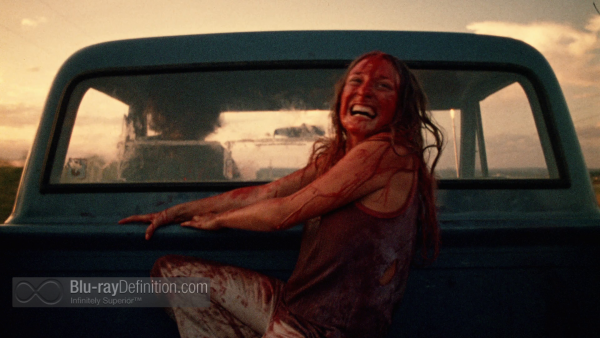 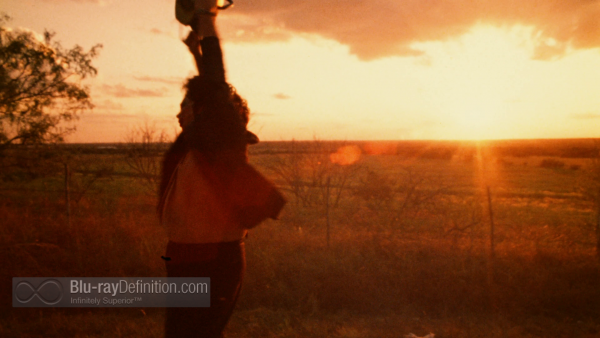