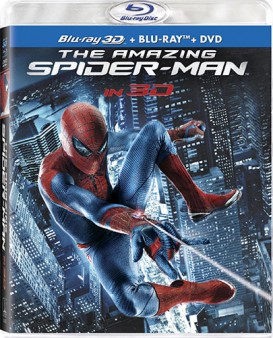 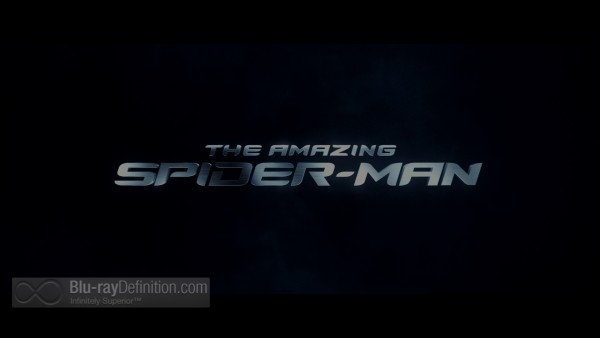 Director Marc Webb’s The Amazing Spider-Man is less a whole hog reboot of the franchise than it is a slightly reworked telling of the Spider-Man origin. If you’ve seen the original Spider-Man film with Toby Maguire as Peter Parker/Spider-Man, then you already have the basics, Peter is bitten by a spider, develops spider-like superhuman powers, his Uncle Ben is killed by a robber, he turns into the friendly neighborhood Spider-Man. In this adventure, Peter Parker, played by Brit Andrew Garfield putting on an American accent, is investigating the death of his parents and a briefcase leads him to his father’s old partner Dr. Curt Connors (Rhys Ifans) of Oscorp. There, he is bitten by a spider that genetically alters him, and he becomes superhumanly powerful. Meanwhile, Dr. Connors is working on genetic splicing, Peter helps him with an equation of his father’s, and Connors experiments on himself, turning into a giant lizard-man who terrorizes New York City. The death of Peter’s uncle Ben (Martin Sheen), sends Peter on a vigilante spree looking for the killer and further into the arms of his high school crush Gwen Stacy (Emma Stone) seeking solace, but the emergence of the city-wide threat of the Lizard makes him realize he has a greater calling to help people in need, thus begins the saga of Spider-Man.

Like the previous Spider-Man film, The Amazing Spider-Man suffers from far too much teen angst in its first half and too little action. We get it, Peter is an outcast, he’s hopelessly in love with a girl he can’t get, he’s an orphan, blah, blah. But why do we have to crawl through an hour of this to get to the inevitable showdown of superhero versus villain? And speaking of villains, Rhys Ifans’ Lizard has to be the weakest Spider-Man foe to hit the big screen since Sandman. His motivation is out of focus and the climactic battle lacks real suspense. At no time do Peter Parker’s true weaknesses, his love of Gwen or Aunt May (Sally Field), ever get exposed. He’s simply battling a big dumb enemy to right his own wrong.

The Amazing Spider-Man isn’t all bad, however. The special effects are top notch and they do make Spidey’s webs a technological device rather than something that shoots from his own wrists. This is something I remember from the comic books from when I was a kid, at least the series I was reading. It seems more realistic, at least as realistic as a film about a man who’s a spider can get. 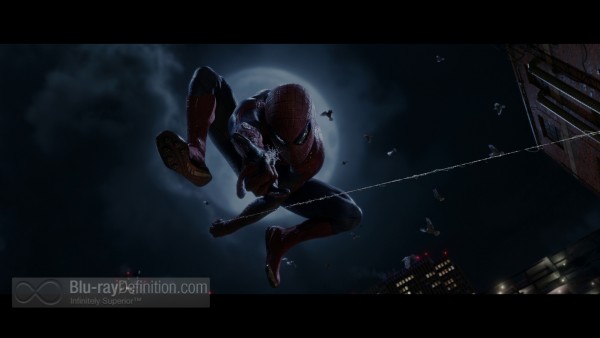 The Amazing Spider-Man is an original 3D HD production captured on the Red Epic in 5K resolution. This AVC/MPEG-4 1080p/24 (2D) and MVC (3D) presentation from Sony on Blu-ray looks nearly flawless. Apart from the fact that the overall image looks rather dull and dim, and that it looks even more so in 3D, there isn’t much to complain about at all here. The image is clean with little in the way of video noise. Detail is strong, with lots of textural information in flesh and clothing. Close-ups look very sharp and the detail extends well into the backgrounds. Shadow delineation is astoundingly nuanced with no apparent crush. The 3D effect is rather subtle. It has a natural sense of added dimensionality, but they’ve opted to stay away from going too aggressive with it, so there isn’t much pop-out from the screen. That being said, crosstalk is nearly non-existent, making this one of the cleanest new live-action 3D presentations I have come across in a while, but also one of the most boring. 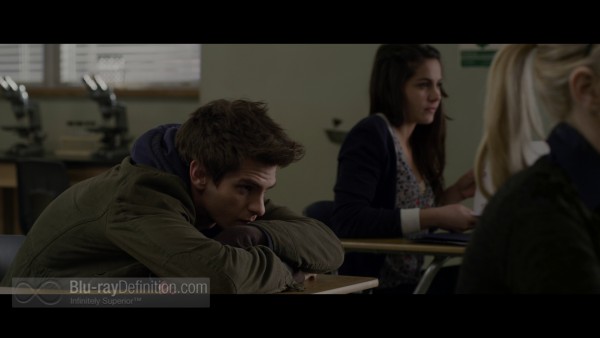 Audio, in an English DTS-HD Master Audio 5.1 (48kHz/16-bit) mix is every bit as active and aggressive as one would expect an action film based on a superhero to be. The action sequences offer numerous sounds – crashing cars, sirens, helicopters – that attack from all angles and the balance of front and rear sounds is rather well done. Directional left/right panning is pretty aggressive as well. Dialogue is full and clean and maintains an intelligible level above the sound effects. Lows are deep, although not quite as ground shaking as I would have expected. 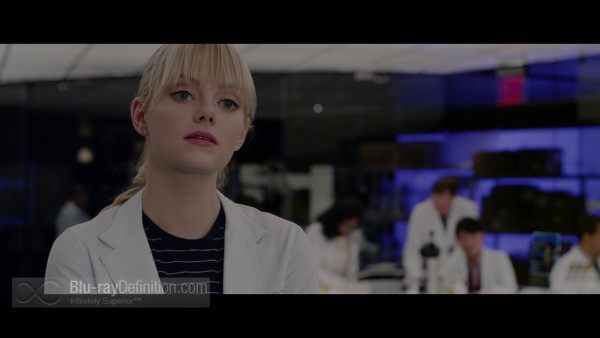 Sony has packed this set with hours of extras, most of which are rather self-explanatory, and they’re all laid out below. 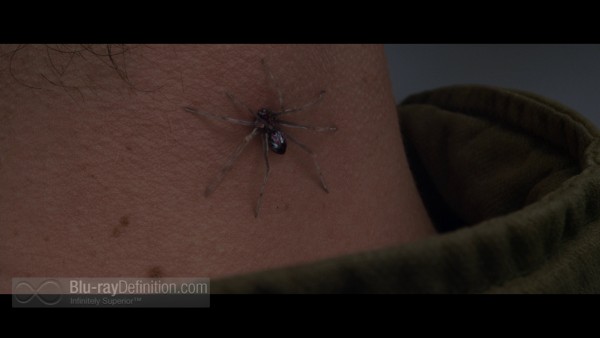 The Amazing Spider-Man hardly ranks among the best superhero reboots on the big screen but there’s enough entertainment value here to make it a worthy successor to the last Spider-Man Trilogy, In comparison to the Christopher Nolan work on DC’s Batman series, however, its a couple of rungs down the ladder. 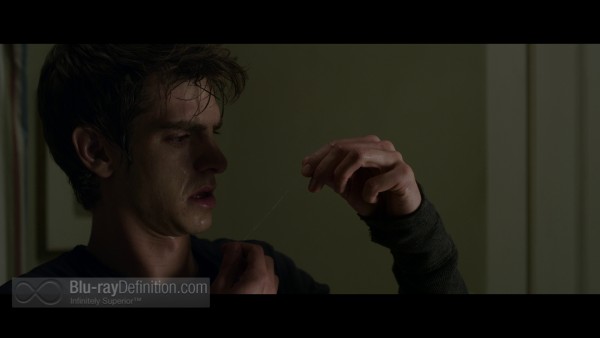 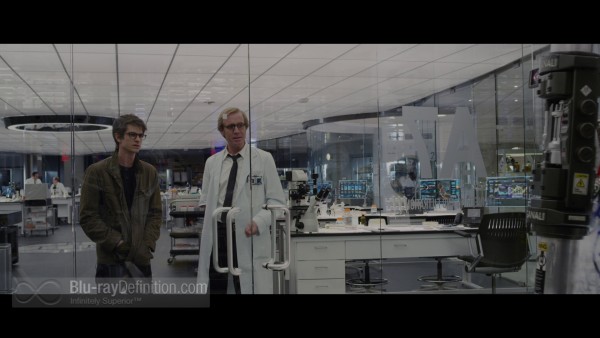 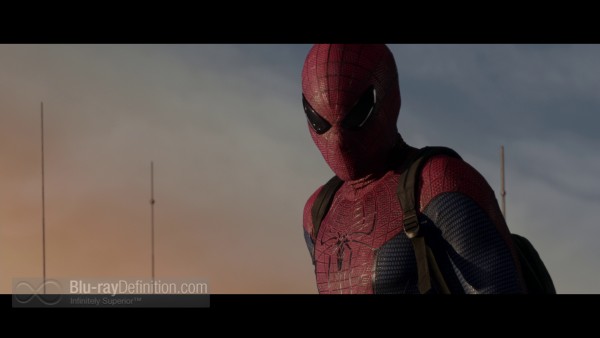 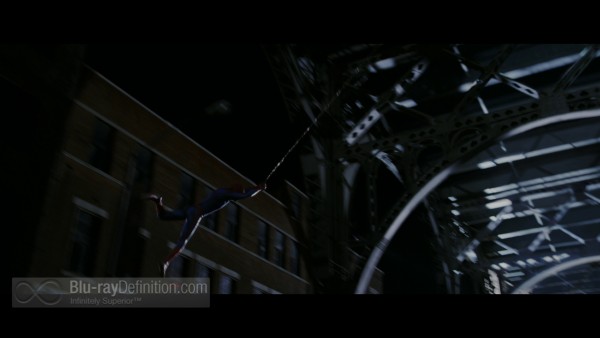 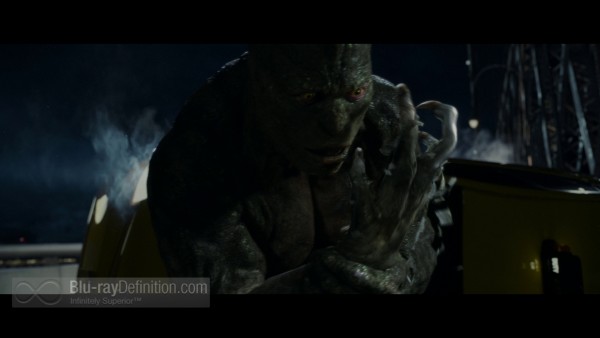 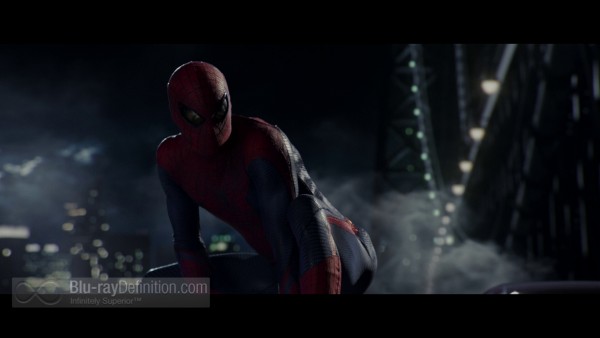 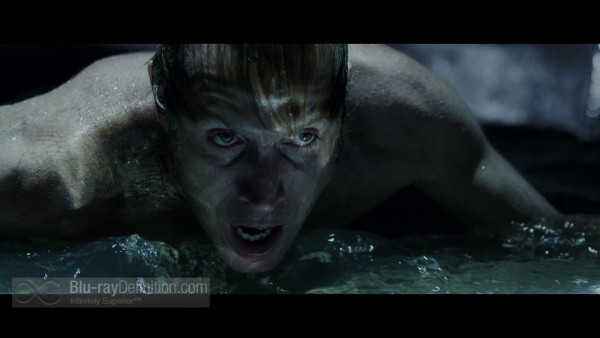 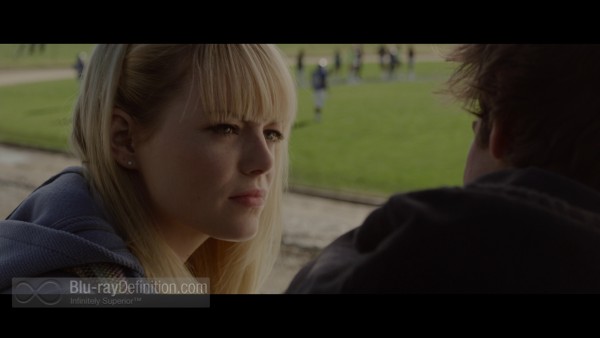 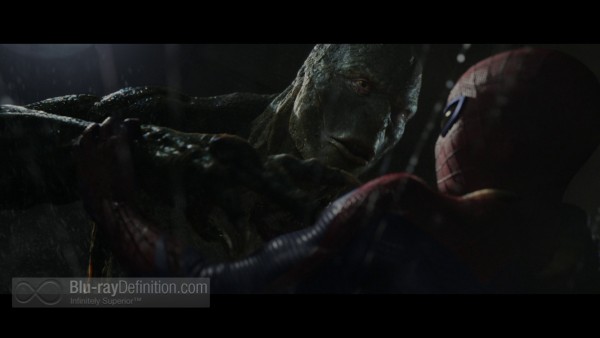 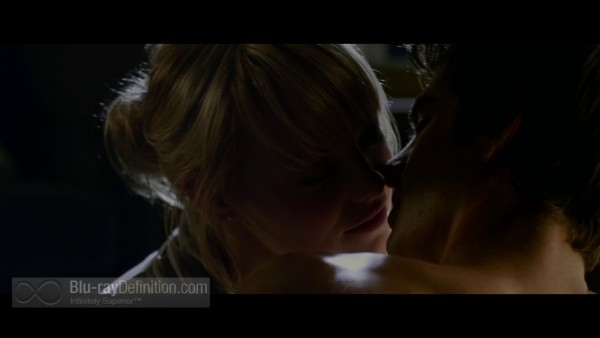 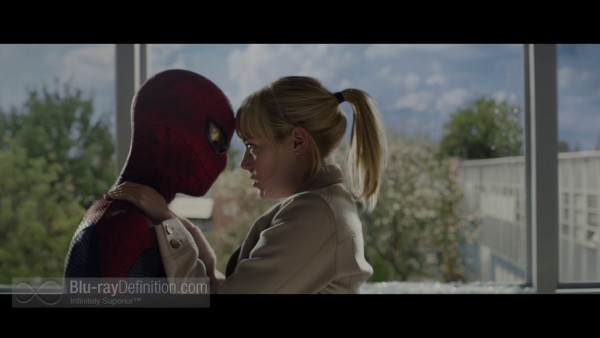 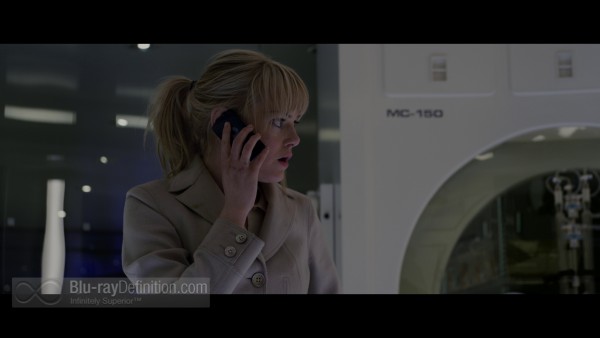 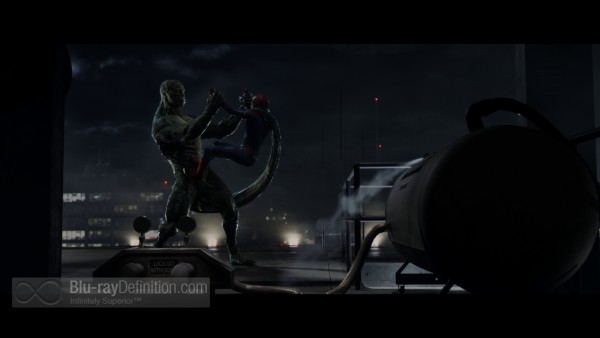