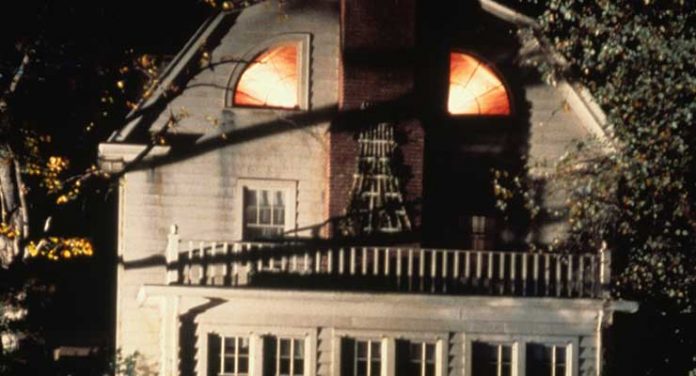 Director Stuart Rosenberg’s The Amityville Horror is one of the classics of 1970s horror in a decade that saw the genre explode in popularity with films ranging from popular slasher films like Black Christmas and The Texas Chainsaw Massacre to those exploring the paranormal such as The Exorcist and The Omen. Amityville purported to be based on a true story, being based on the best-selling book by Jay Anson. It tells the story of the newlyweds George and Kathy Lutz (played by James Brolin and Margot Kidder) who move into a dilapidated house on the Long Island shore that was once the scene of a brutal mass murder. The couple and their children soon find themselves the subject of a haunting and George, in particular, begins to spiral into madness and eventual blindness, presumably under the influence of a malevolent spirit who also plans to possess their children. Their family priest, Father Delaney (Rod Steiger) who believes the house to be haunted, tries to perform an exorcism on the house, but it is to no avail.

Amityville Horror is an old school horror film for certain. Practical visual effects including bleeding walls, swarming flies, and growling spirits all serve to create an atmosphere more of late ‘70s paranoia than anything gross or visceral like what defines contemporary horror. One could look to a film like this as a precursor to the long-running Paranormal Activity. While it doesn’t rise to the artistry of a film like Kubrick’s The Shining released  just a year later exploring similar themes, or even William Friedkin’s almost thriller-like The Exorcist, it is strong in its own right.

James Brolin puts in a superb performance as a man slowly losing control without realizing it, and it is great fun seeing Rod Steiger in one of his later roles as the priest, especially in the infamous fly swarm scene, really camping it up. 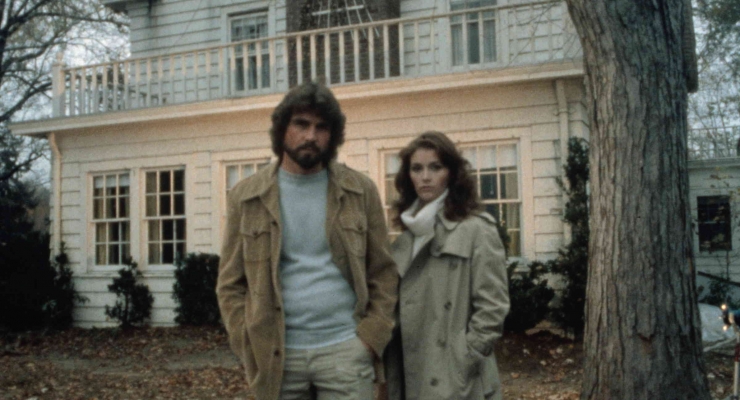 The Amityville Horror arrives in an AVC 1080p transfer from Second Sight and given that this film dates back to 1979, it looks miraculously good. It has little in the way of source damage, but it hasn’t been smoothed over – the grain is still present and crisp. Some background and distant shots tend to soften, but foreground detail is very sharp. Colors look very natural and contrast is strong. Shadows show good detail with only some slight crush and noise.

A spruced up DTS-HD Master Audio 5.1 mix is included alongside a LPCM 2.0 stereo mix – the original monaural mix is nowhere to be found. The 5.1 mix does make this already eerie horror film very atmospheric by moving sounds around and behind you as well as off to the sides. It works for this genre, granted, it doesn’t quite have the ‘punch’ and clarity of a modern-day horror film and there is some slight clipping in the effects. Dialogue is a little pinched as well. The stereo mix is also good given the age of the film and surprisingly wide.

If the paranormal is your thing, then the audio commentary by the “professor” of parapsychology Hans Holzer will catch your fancy. Holzer, who has a personal connection to this case apparently, goes through what is apparently true and not in the film according to the details. The issue with his commentary is he is very repetitive and insistent that it is the land that was haunted and not the house. Other highlights include contemporary interviews with James Brolin, the screenwriter Sandor Stern and some older ported-over featurettes.

This horror classic has been remade and remains a must-see for genre aficionados. While it is flawed, it is still capable of arousing chills, has some solid performances, and holds up well to contemporary works. This steelbook release from Second Sight is a good addition for collectors.