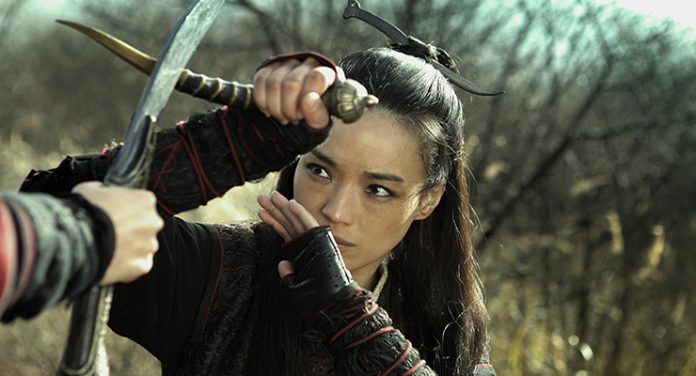 Stunning is the only word that keeps coming to mind when I think of director Hou Hsiaor-hsien’s slow-burning historical martial arts epic, The Assassin. The transcendent film, shot in the rare 1.37:1 aspect ratio with 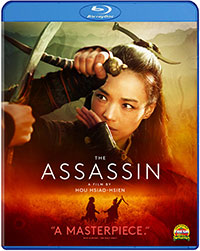 gorgeous cinematography from Lee Ping Bin is also lush with lavish set and costume designs. The occasional action sequence sets the screen alight, but these only dot the intense drama. At the center of the story is the beautiful Shu Qi (Tai Chi Hero, The Transporter) who plays the fearsome assassin Nie Yinniang in Tang Dynasty China. Abducted from her well decorated military general father as a child she was raised by a nun and trained to be a deadly assassin. After living in exile for 13 years, Yinniang is sent back to kill the man (Chen Chang, Crouching Tiger, Hidden Dragon) she was once betrothed to. She finds herself caught between love and hatred, two forms of loyalty as she tries to fulfill her duty to both her clan and her lover. Expansive yet also quiet and claustrophobic, The Assassin takes all the best elements of wuxia – the action, the dazzling cinematography, the period settings – and strips away some of the sillier parts. The result is something cerebral, almost nonlinear, and passionate. Hou doesn’t just play with the genre, he plays with filmmaking, starting in black and white, switching to color, shooting in the tight 1.37:1 frame, yet shooting one, beautifully colorful scene in 1.85:1. It’s almost as if he wants to say that the film, just like life, is random and unexpected, just as Yinniang’s journey in The Assassin takes her to some painfully unexpected places. 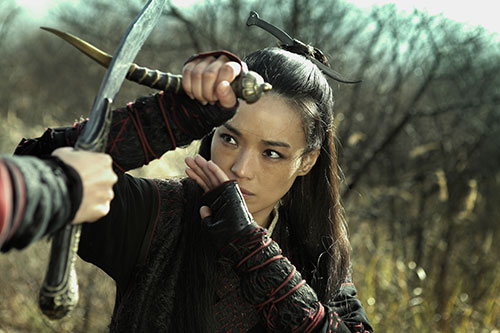 The Assassin was shot in Super 35 in the unusual (for today) aspect ratio of 1.37:1 and arrives on Blu-ray from Well Go USA in an almost flawless encodement. I say almost only because the darker colors sometimes tilt into slight crush and some details are lost. Apart from this minor (and it is minor) issue, the image looks beautiful, with rich colors and lots of texture and depth of field. The cinematography, as mentioned before, is so beautifully accomplished one hardly notices the smaller framing. 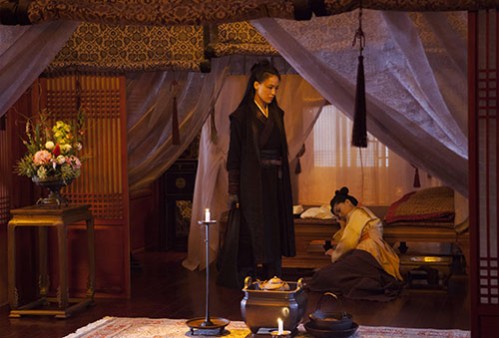 The Mandarin DTS-HD Master Audio 5.1 soundtrack (a Dolby Digital 2.0 stereo track is included as well) is a masterpiece of subtlety and atmospherics. While the dialogue sometimes has a tad too much reverberation, the rest of this mix is beautifully balanced, but never in an aggressive way. The mix surrounds you in breezes rustling through trees, crickets and cicadas, the crackle of wood in fire, and the occasional clank of swords.

This is the area where The Assassin on Blu-ray disappoints, coming with only a few throwaway behind-the-scenes featurettes and a trailer.

The Assassin may be too slow for some people expecting the usual sort of high-flying, wuxia films that spin off into fanciful, nonstop action. For anyone looking for something more thoughtful and breathtaking to look at with incredibly passionate performances, then this is the film for you.

The Assassin is Taiwan’s entry for Best Foreign Language Film at the 88th Academy Awards, won Best Director (Hou) at the 2015 Cannes Film Festival, and the Cannes Soundtrack Award for composer Lim Giong.