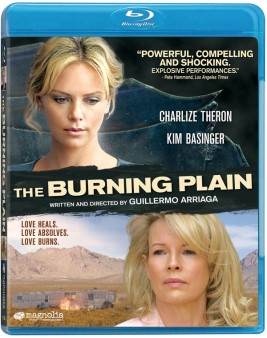 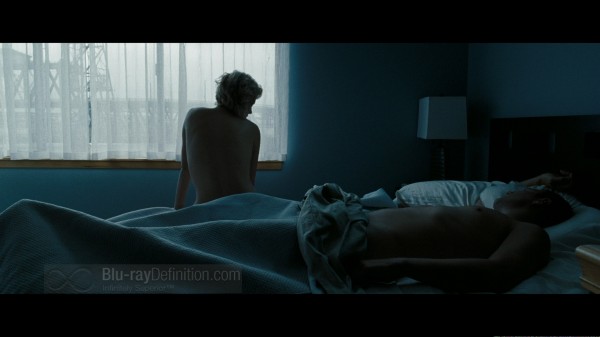 If sullen faces and convoluted stories are your thing, then writer/director Guillermo Arriaga’s The Burning Plain is a film that is absolutely perfect for you. The dour, onerous drama is told in a tangled chronology and filled with lifeless performances from its cast, even the usually enthralling Charlize Theron.

In The Burning Plain, Charlize Theron plays a depressed restaurateur in rainy Oregon who apparently cuts herself and sleeps around to try to dull her pain. A mysterious man who seems obsessed with her is also following her around. In New Mexico, Kim Basinger is a housewife desperate for love having an affair with a married man. Meanwhile, somewhere along the timeline (it jumps around) their two children begin an affair of their own.  The film begins with the scene of a trailer ablaze, and we soon learn that it is Basinger’s character and her lover dead in their love nest. As their families grieve, Arriaga intertwines the disparate stories of their lives to bring us up to speed on how we arrived at that blazing trailer — or does he?

The problem with Arriaga’s style in The Burning Plain is that he moves around his timeline with such liquidity, it becomes nearly impossible to follow the story. Nearly impossible, because Arriaga telescopes some obvious clues along the way that will have anyone but the numbest viewers guessing the ending a long time before Arriaga takes us to his laborious conclusion. With the lack of any emotions beyond solemnity in The Burning Plain, I wouldn’t be surprised if viewers were numb by the time its 107-minutes were up. 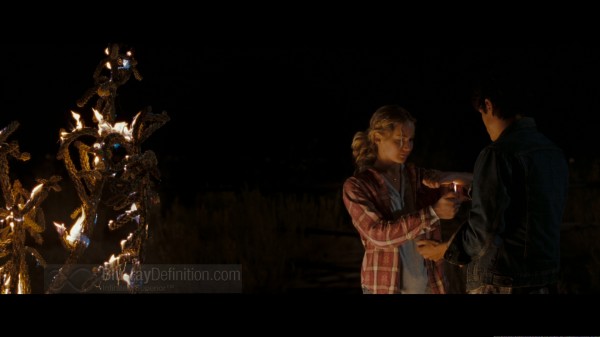 The Burning Plain’s palette is just as dreary as the film itself, with de-saturated colors, dark shadowy imagery, and sometimes-bleached whites. This 2.35:1 1080p VC-1 presentation presents the film as intended well, with preserved film grain, a clean source and sharp details, but ultimately the picture will not leap out at you, but its a solid transfer nonetheless. There are, thankfully, no glaring artifacts to speak of. 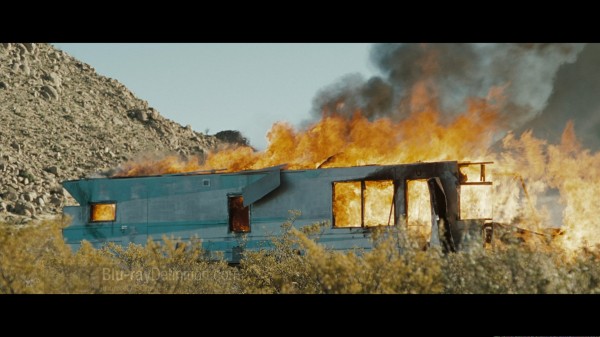 The dialogue-heavy film is presented in a DTS-HD Master Audio 5.1 mix with a surprising amount of subtle, atmospheric sound effects that draw the listener into the scenes. From early on in Chapter 1, we are treated to the sounds of the ocean filling the speakers, There are also plenty of moments where crickets sound and other subtleties can be detected, proving that lossless sound isn’t always about the “wow” factor. Dialogue is clean and natural sounding, which is a plus in this sort of film. 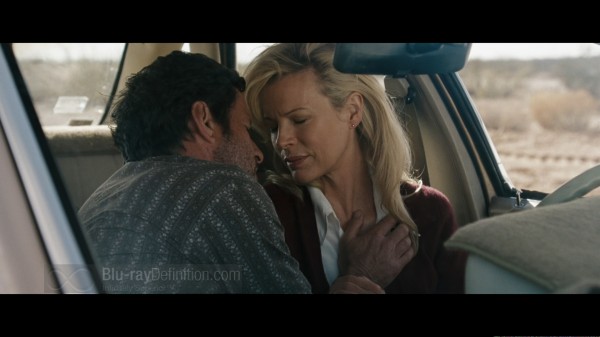 There are a few video supplements that offer some time with writer/director Guillermo Arriaga, with the “making of” featurette offering the best insight into the filmmaker’s process. 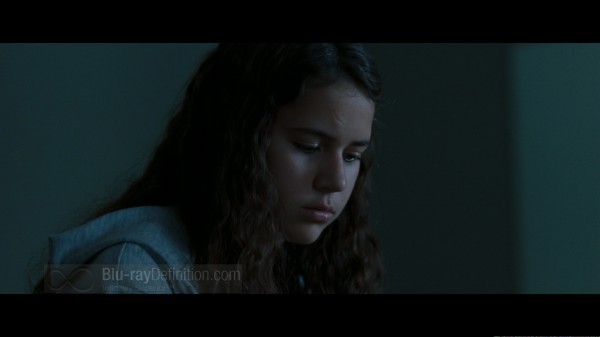 The Burning Plain is dull, overwrought (and over thought?) drama. It’s about as well acted as it could be by its strong cast and it’s a solid Blu-ray release from Magnolia, but it is ultimately too confused and too much of a downer.