The Crimson Wing: Mystery of the Flamingos Blu-ray Review 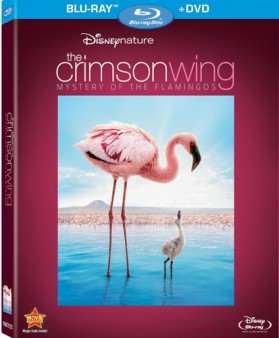 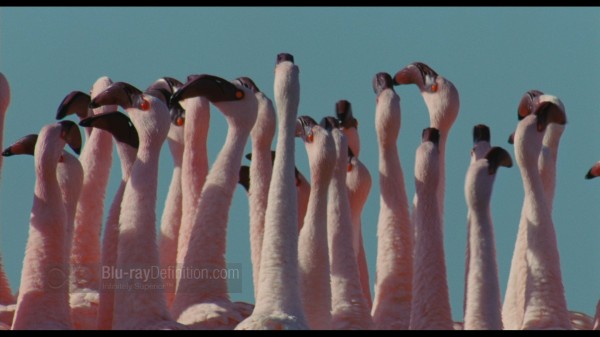 The Crimson Wing: Mystery of the Flamingos takes a look at the lives of crimson-winged flamingos on Lake Naruto in northern Tanzania. It’s a fascinating tale of nature that unfolds over the course of  a year told through excellent nature cinematography and the studied narration of Zabou Breiman.

The film uses the tale of one particular flamingo chick, and shows its birth, growth and struggle to survive over the course of the year set against the backdrop of the millions of birds doing the same in the not always welcoming terrain. One of the more particularly harrowing bits of the film is when one chick is shown struggling to catch up to the flock as they move on from the salt island in the middle of the lake to land, only to fall farther behind, weighted down by salt shackles formed around its legs. The shackles form around the legs of some of the more unfortunate chicks as they wade in and out of the salty water, and they become a death sentence.

The narration of The Crimson Wing suffers from being a bit too mystical rather than scientific, relying on the mystical aspects of the flamingos and their “life force” rather than imparting any biological or factual information but this is a DisneyNature documentary after all. It’s mostly aimed at families and younger audiences. Keeping all of that in mind will help this splendidly filmed and well intentioned film go down quite nicely. 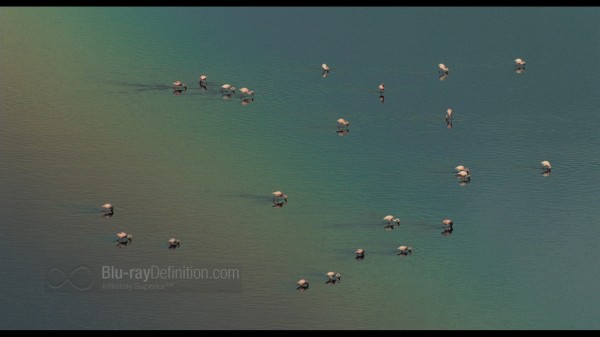 Apart from some occasional softness and a little bit of inconsistency in grain levels, Crimson Wing looks very good, with vibrant color reproduction, strong details, and no distracting artifacts in its 1.85:1 framed AVC/MPEG-4 1080p encoding from Disney. 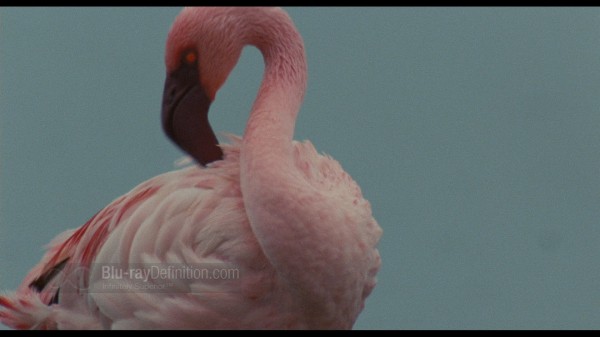 The English DTS-HD Master Audio 5.1 soundtrack has a wide soundstage and the surrounds channels are effectively used to engulf the listener in the sounds of the natural world. Low frequencies are deep, but not booming, and the film’s score has a lot of breath and air. 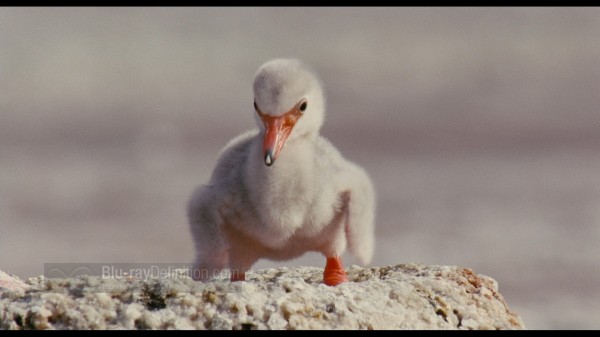 Crimson Wing is provided with the usual bit of DisneyNature supplements, including the interactive Living Menu (or Living Planet as it is referred to here), which is still fun to play around with. 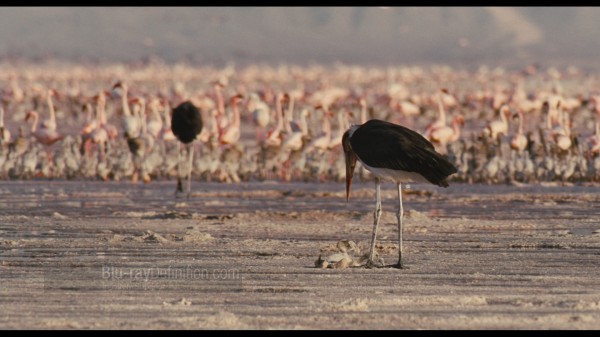 The Crimson Wing: Mystery of the Flamingos is released to stores shelves alongside the DisneyNature documentary Oceans. While the latter offers more visual variety, they are both visually pleasing and easy family entertainment. Don’t look for too much in depth educational value here and you’ll be okay. 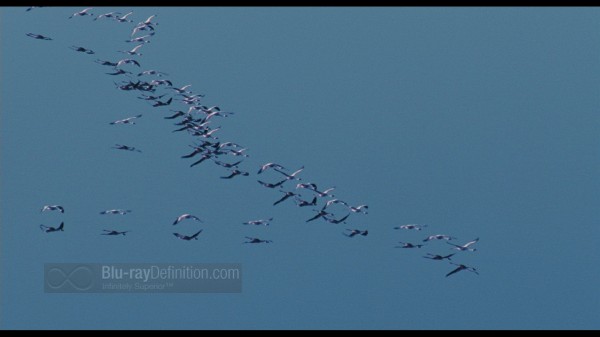 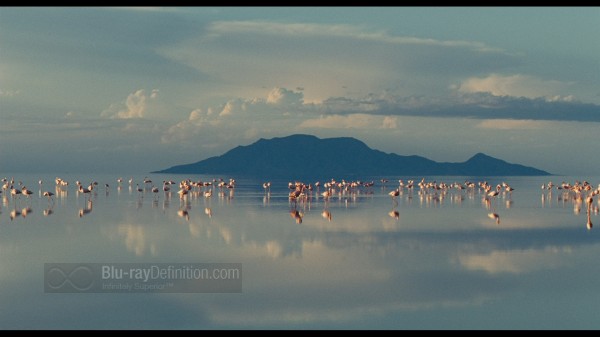 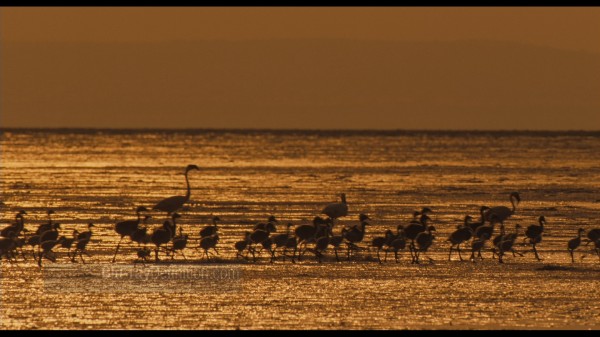 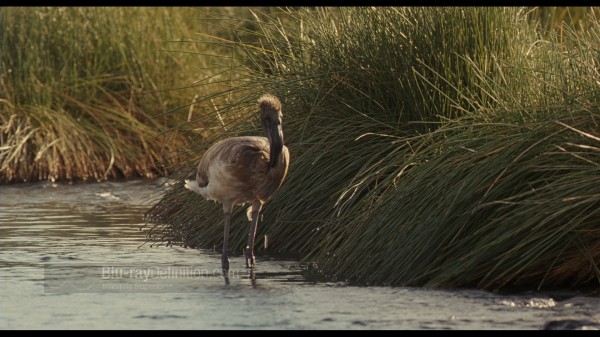 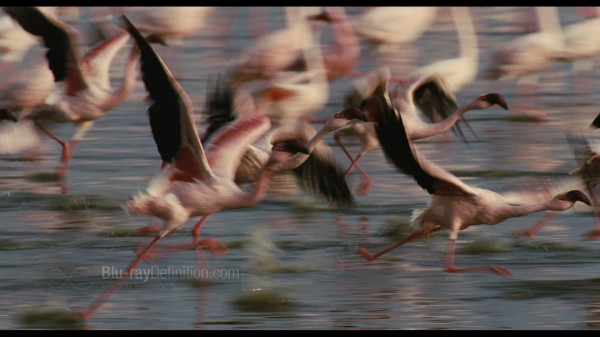