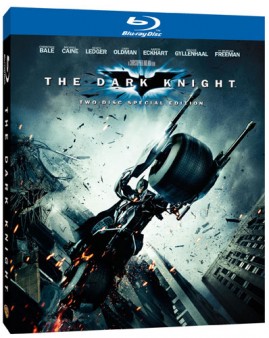 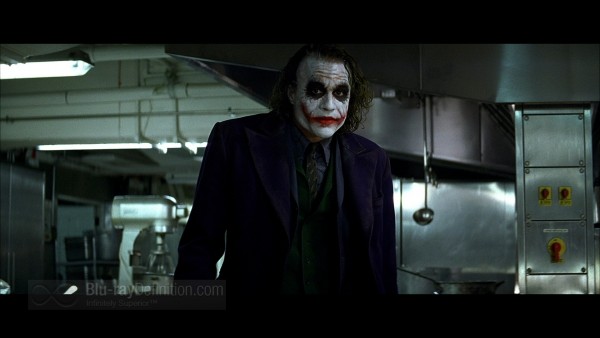 In his second turn in the director’s seat for the Batman franchise on the big screen, Christopher Nolan continues his resurrection of what was an ailing franchise, seen mostly as a joke after the previous films helmed by Joel Schumacher. Under Schumacher, the franchise had become a shallow, candy-colored adventureland, culminating in 1997’s awful Batman & Robin that saw Arnold Schwarzenegger in a stilted portrayal of villain Mr. Freeze and George Clooney’s Batman subjected to tossing out terrible one-liners.

Starting with Batman Begins, Nolan took Batman back to his dark roots, following more closely the world of the Batman graphic novels than the normal, mainstream comic books. The Dark Knight further takes Batman into the dark psychological territory first started in Batman Begins. Christian Bale returns as the hero, the edgy vigilante with dark leanings and Heath Ledger in one of his final roles, is the Joker, which won him a posthumous Academy Award for Best Actor.

In this second incarnation of Nolan’s new, grittier Batman, the Dark Knight has seized upon a plan to rid Gotham City once and for all of its criminal element by taking down its most powerful crime bosses. He succeeds with the help of Lieutenant Gordon (Gary Oldman) and a brash young District Attorney, Harvey Dent (Aaron Eckhart). The team is successful, but this opens the door to an anarchic criminal with a disfigured face known to everyone only as The Joker (Ledger). Through the Joker’s own twisted sense of morality, he pushes Batman to the brink of evil in a Gotham City showdown that ends with one wondering just how far the caped crusader is willing to go and what lines he will or won’t cross.

Nolan’s Dark Knight goes far beyond the bounds and bonds of your average comic book flick and turns this into true film making, taking The Dark Knight into truly deep, psychological thriller and crime procedural territory. He never questions the morality or motives of his villains, but always leaves the viewer believing that at a moment’s notice the hero could become the evildoer, and be happy about it. 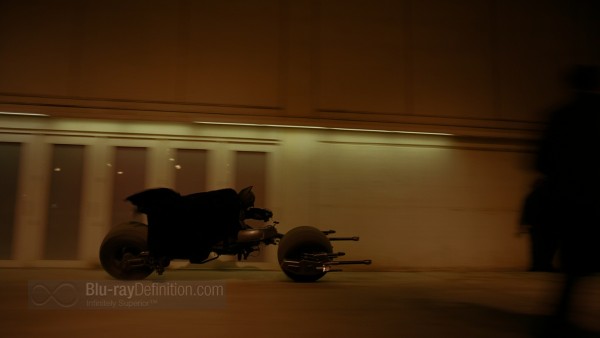 Director Christopher Nolan shot some of the scenes for The Dark Knight in the 15/70 IMAX format, about 30-minutes worth to be exact, and those scenes intermingle with the usual 35mm scenes on this Blu-ray release in alternating aspect ratios. The IMAX scenes have been blown up and framed at 1.78:1 with the 35mm material maintaining its 2.35:1 aspect ratio. The 1080p/24 VC-1 encoding of the film overall looks rather good. It is clean and detailed with the 35mm materials showing a sharp and thin layer of grain. The IMAX material looks a bit softer, but still offers up a nice bit of detail. Either one will give you good flesh tones, deep blacks and extended shadow delineation. There are slight issues with some haloing here and there, but it is hardly enough to hamper the overall presentation, which most people will find to be of a reference quality. 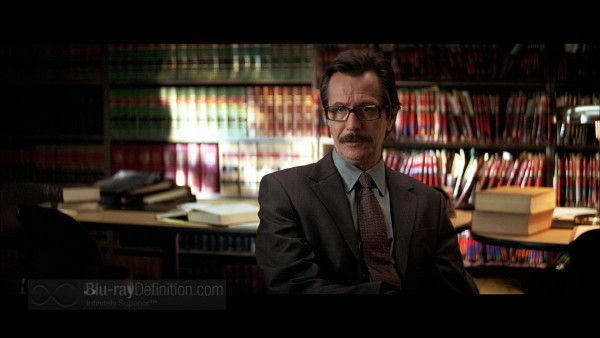 The Dark Knight’s Dolby TrueHD 5.1 soundtrack is big and aggressive, just like you’d expect from this sort of film. There’s lots of great separation, ambience and discrete sound effects panned through the room. Low frequencies are extended way down and they rattle the floorboards when the action gets heavy. Dialogue is clean and kept at a good balance in the mix. 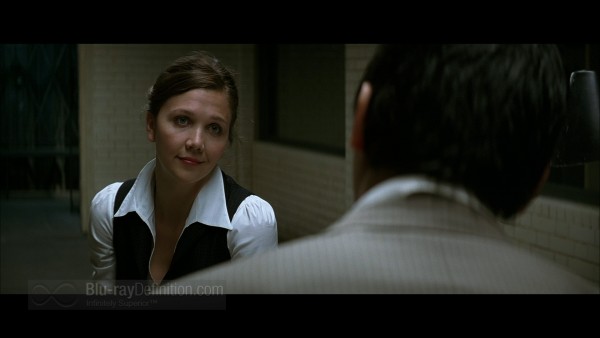 The supplements for The Dark Knight are spread across its two Blu-ray Discs and are all in high definition. Particularly informative are the Focus Point featurettes, which explore various aspects in the production of the film. They can be selected individually or viewers can select to have them turned on during playback of the film an have the film branch off at various moments to explore further the particular focus point relative to that scene. 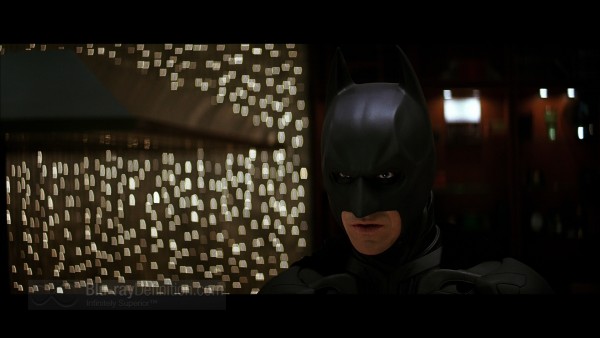 For anyone who is a fan of the Batman graphic novels, then The Dark Knight will be a truly thrilling adventure that offers up a splendid, reference quality home theatre experience. If not for the opportunity to glimpse the late Heath Ledger in one of his crowning roles, then The Dark Knight on Blu-ray is well worth watching for the adrenalin rush it provides and the quality of its writing in comparison to other films of its genre. Highly Recommended. 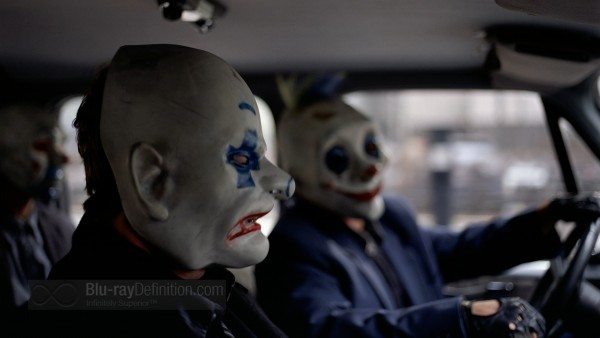 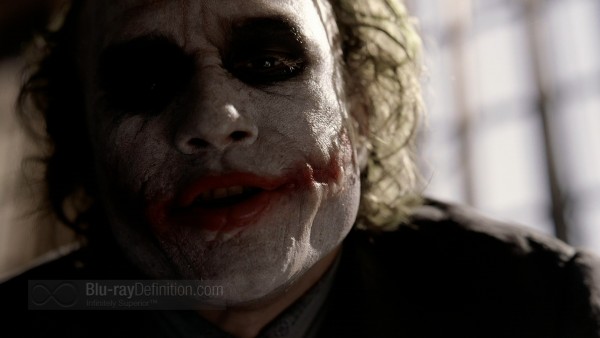 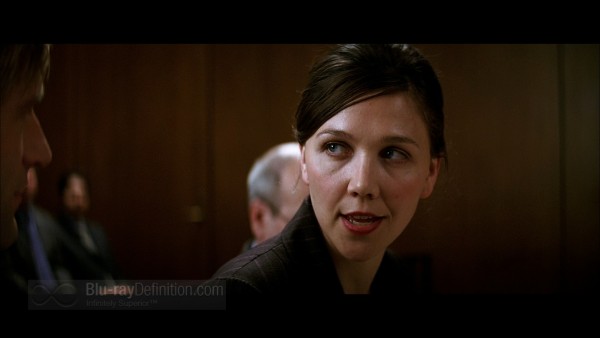 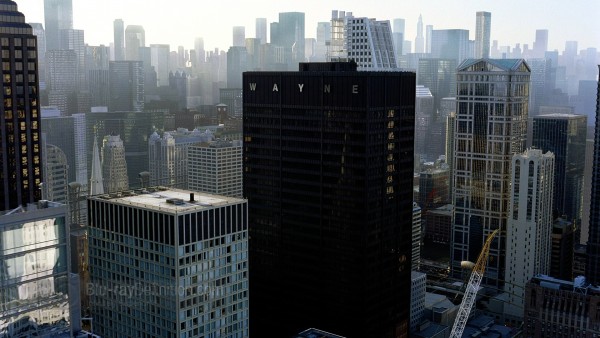 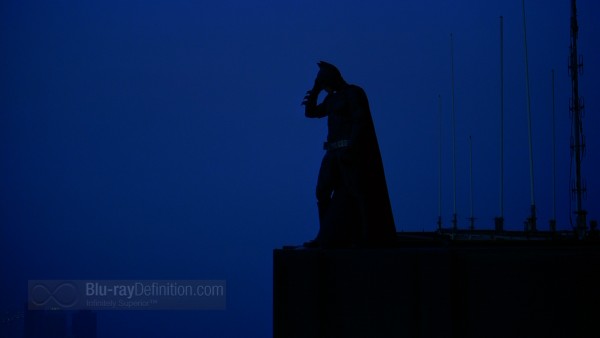