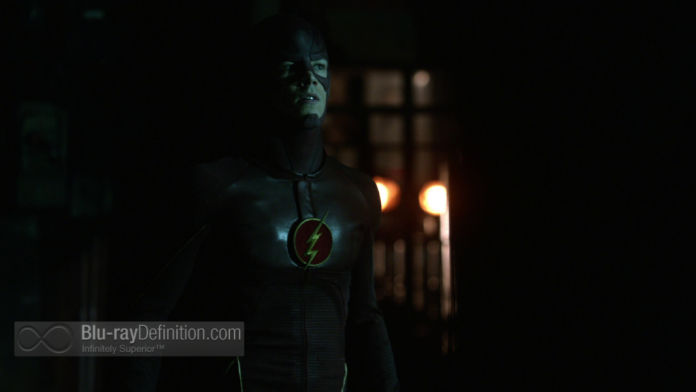 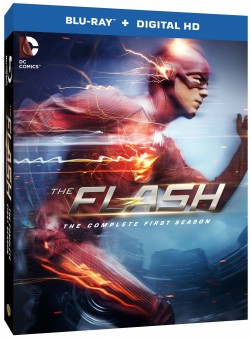 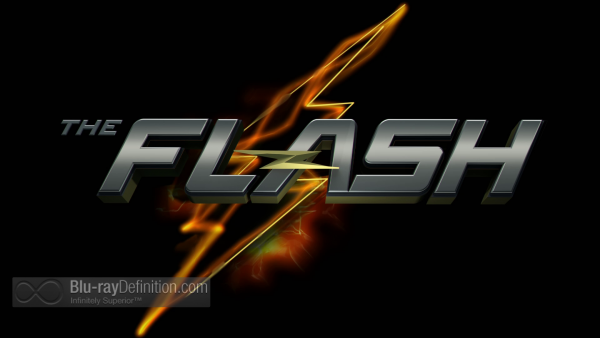 Were it not for Netflix’ incredible original series Daredevil, I might be inclined to declare The Flash the best superhero series to come to television in recent years. The first season of this action-packed series adds just a tinge of modernity and edginess while staying true to the basics of the comic books.

Barry Allen (Grant Gustin) is a generally happy go lucky guy who works as a forensic investigator for the Central City Police Department, despite a mystery that has plagued him since he was a boy. He watched his mother killed by a mysterious man in a swirl of yellow and red light and his father take the blame for it. Raised by one of the officers who arrived on the scene, Joe West (Jesse L. Martin), now a detective, Barry has spent all those years trying to uncover the truth and clear his father’s name. His life and his quest for justice is about to take a radical turn. A massive accident at a particle accelerator causes Barry to be struck by lightening and go into a coma he won’t wake up from for nine months. When he does awake, Barry finds he has superhuman speed, the ability to heal quickly, and a team of scientists from, Star Labs who caused the accident backing him. Now, with his new powers, Barry is determined to use his powers to fight crime and the new crop of “metahumans” that have sprung up in Central City with powers just as strange as his ever since the night of the particle accelerator accident.

With its rogues’ gallery of super villains, emphasis on Barry Allen’s good nature, rather than the dark, angst-ridden heroes we have come to expect these days from many of the films and TV series, The Flash is more reminiscent of many of the original 50s comics than the modern day reconstructions of comic heroes. At the same time, it remains up to date in its style, with The Flash’s costume a dark crimson of what looks to be leather-like material; there’s no nylon bodysuit here.

The writers also successfully play with the implications of breaking the sound barrier and breaching the speed of light, bending physics in some episodes that touch on familiar subjects for sci-fi fans like changing timelines, different universes, and shadow memories. It will be very interesting to see how the series progresses in the second season and if they continue to do crossover episodes with the much darker Arrow. 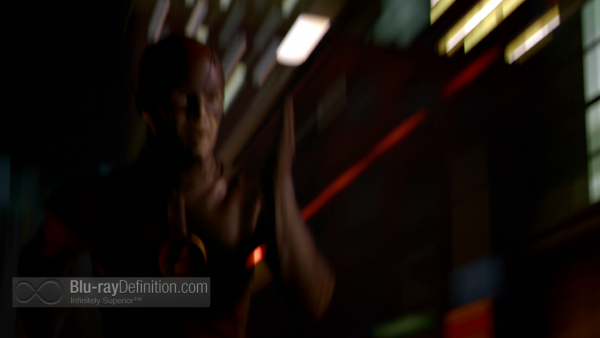 Shot in HD, The Flash arrives on Blu-ray in an AVC 1080p encodement from Warner Bros. Home Entertainment. The image is free from all the anomalies that plagued it during the broadcasts when I initially watched it from my DVR on my FIOS setup. Macroblocking, posterization, and video noise are all gone and instead we a get a very clean and nuanced image with natural colors and sharp detail. 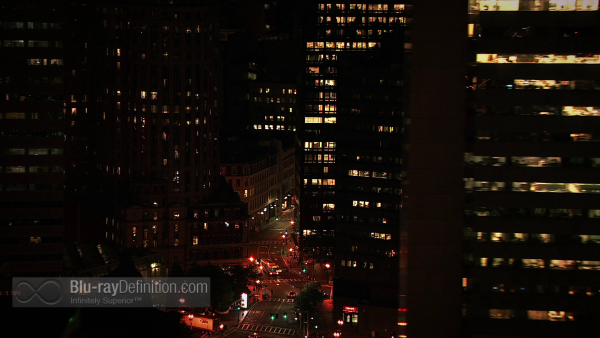 An English DTS-HD Master Audio 5.1 (48kHz/16-bit) soundtrack is supplied for The Flash. It is effective, but not the best mix I have heard for a TV series of this nature. The surround channels seem to be filled with a lot of reverberation, but never any really strong, solidly audible discrete sound effects during the many action sequences. Dialogue also has some clipping during louder passages. Low end is more than sufficient. 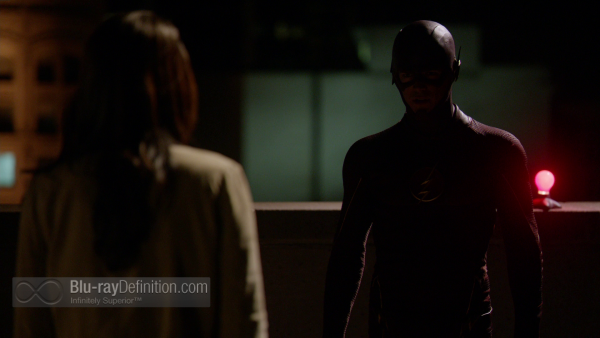 This set is packed with extras including an audio commentary on the pilot with the producers and creative officer for DC Comics, a number of deleted scenes, and numerous featurettes exploring the history of The Flash and this particular adaptation. 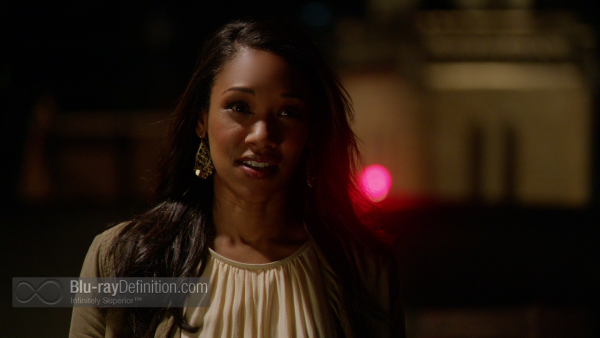 The Flash zooms onto television into a firm second place as the best superhero series on television behind Netflix’ Daredevil. It’s fun, thrilling, and cool. 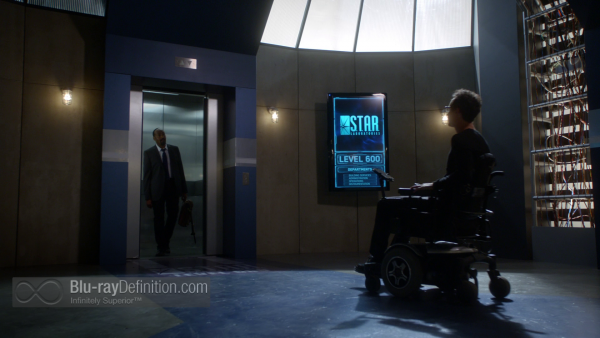 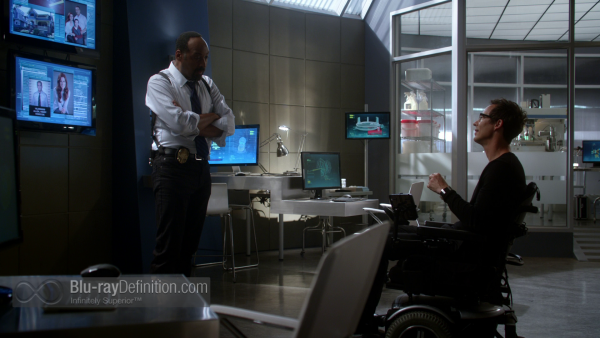 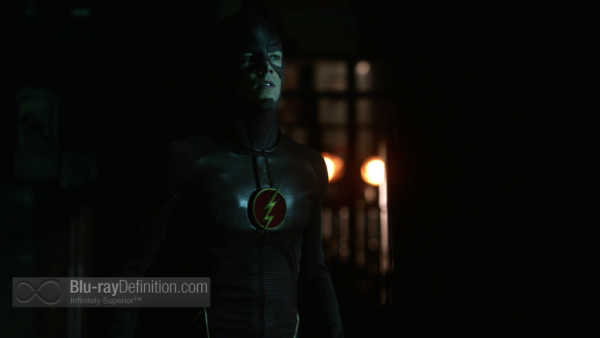 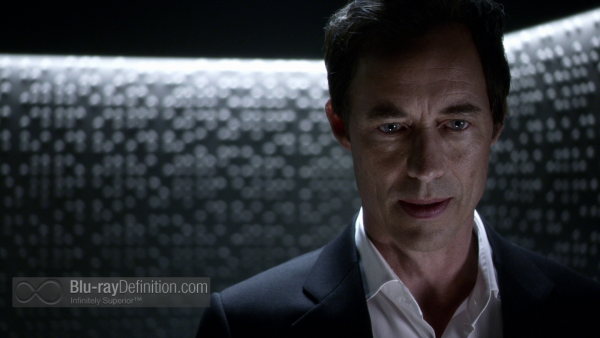 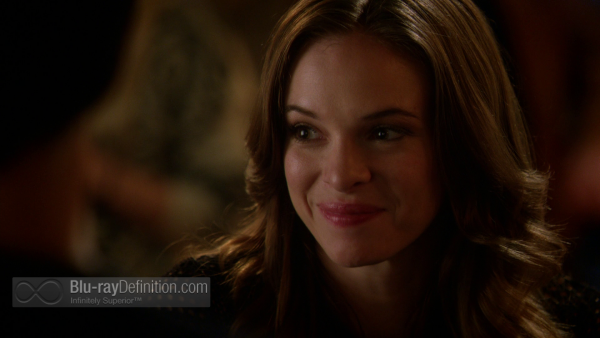 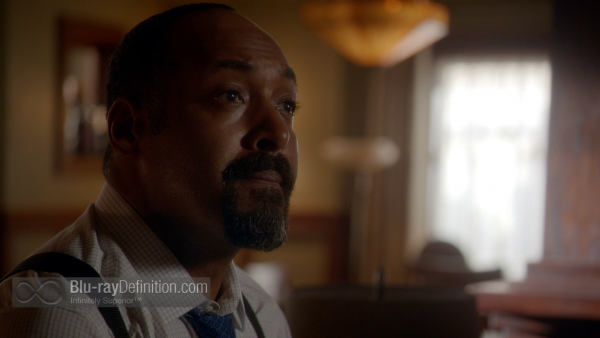 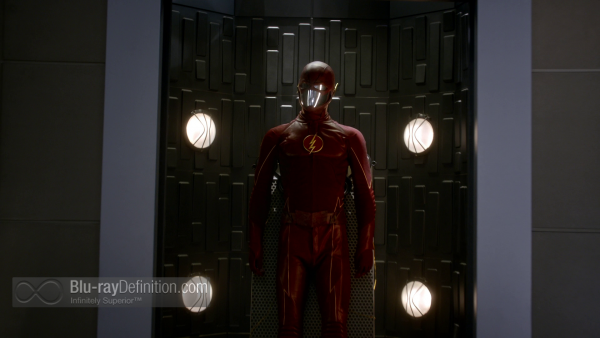 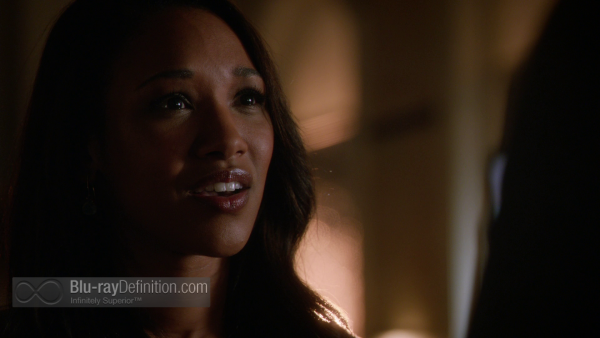 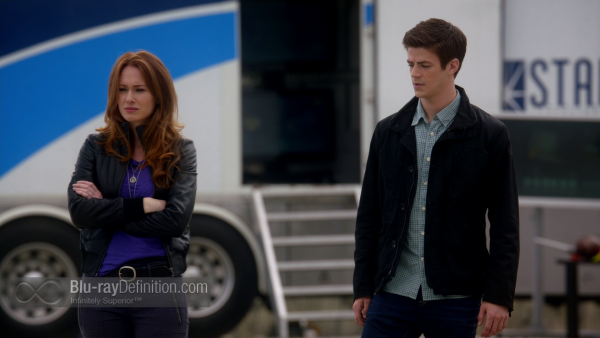 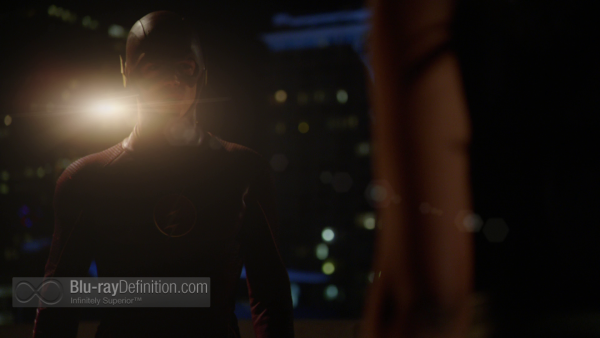 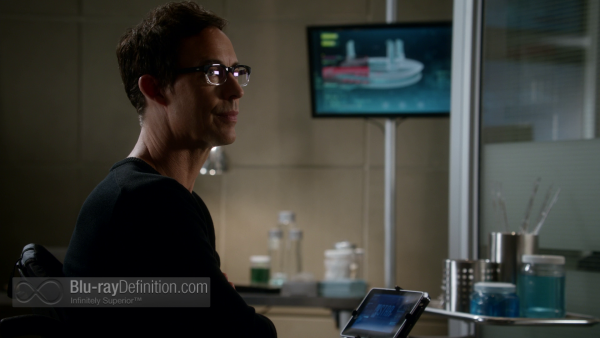 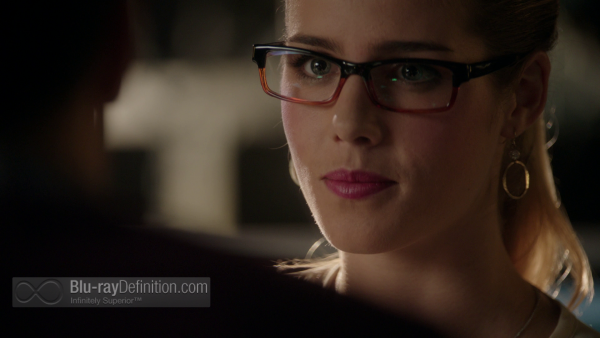 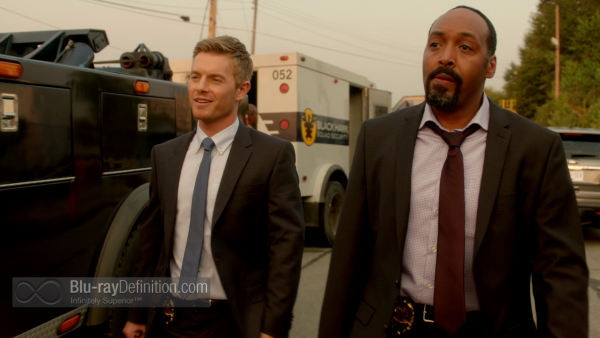 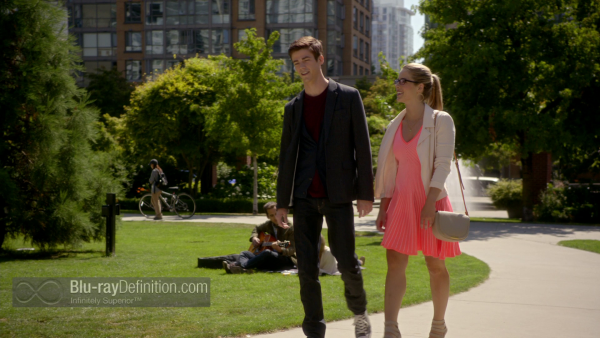 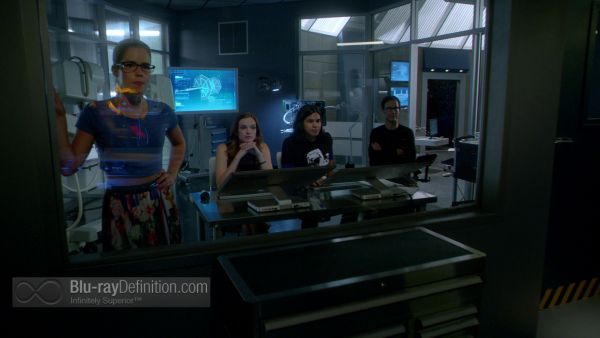 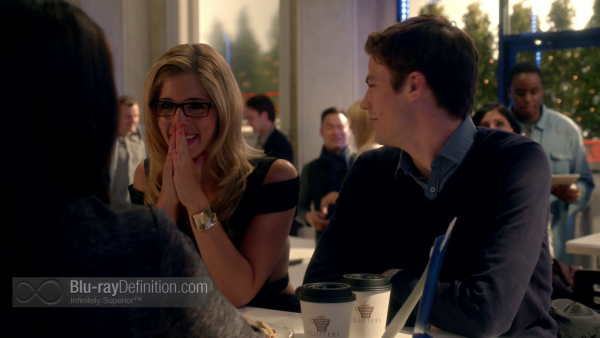 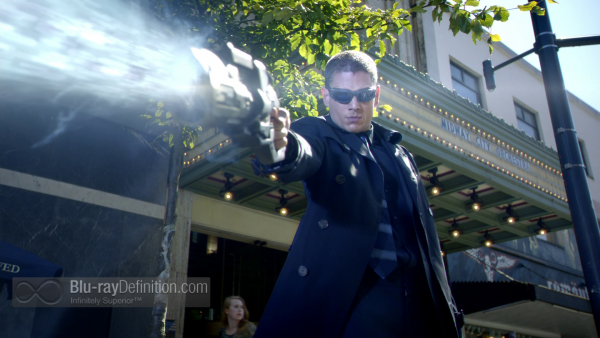 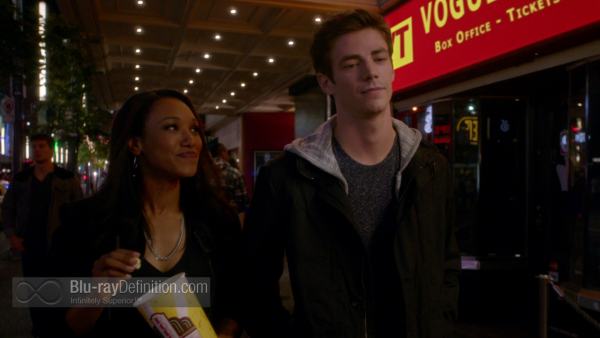 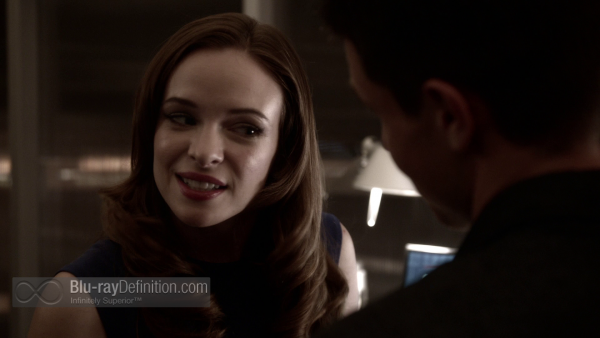 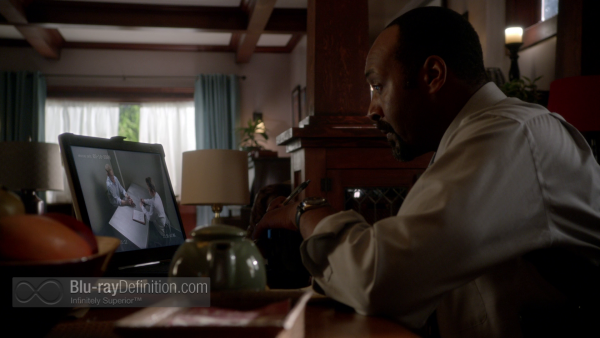