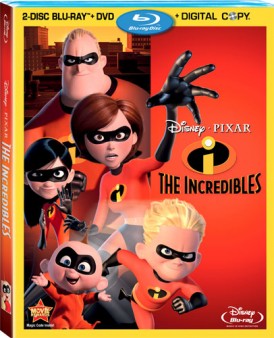 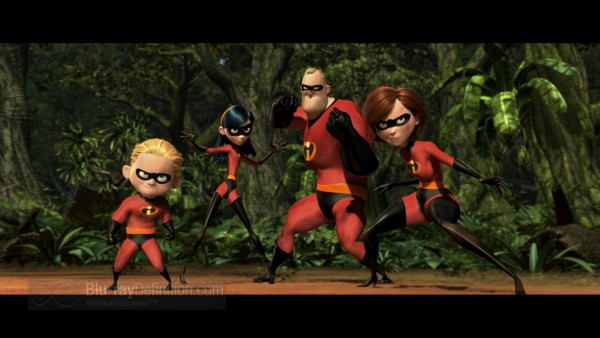 Pixar’s 2004 film The Incredibles caused a bit of stir at the time because it was the first of the Pixar films to garner a PG rating. It was also the first film from the animation studio to focus solely on human characters. All of the studio’s previous films up to that point had had the occasional human only as a tertiary character. Would the studio be able to animate a feature film full of humans and make it believable?

Not to worry, The Incredibles was and is a feast for the eyes with a typically strong story and emotional core. The story follows a family of superheroes who are in a government relocation program after a public outcry to rid the world of all “supers.” When the father, Mr. Incredible (Craig T. Nelson), grows dissatisfied with his life of obsolescence in suburbia several years after the golden years of heroes and loses his job with an insurance company, he is drawn into a job helping a mysterious technology firm. It turns out that firm is run by Syndrome (Jason Lee), a kid, now grown up who was once his biggest fan, but now wants to seek out and destroy all superheroes.

Meanwhile, Mr. Incredible’s wife, Elastigirl (Helen Hunt) concerned about her husband’s strange behavior, goes to an old friend and finds that Mr. Incredible has been secretly been doing superhero work. When she goes to seek him out, with two of their children in tow, unbeknownst to her, they are attacked by Syndrome, quickly find they must must rescue their patriarch, escape using all their superpowers – Violet’s invisibility (Sarah Vowell), Dash’s (Spencer Fox) super speed, Elastigirl’s flexibility, and Mr. Incredible’s super strength – and foil Syndrome’s plans.

The Incredibles is a slick melding of The Fantastic 4 and 007 with superb graphics, excellent action, and a marvelous story. It’s great fun, but may be best for slightly older children and up. 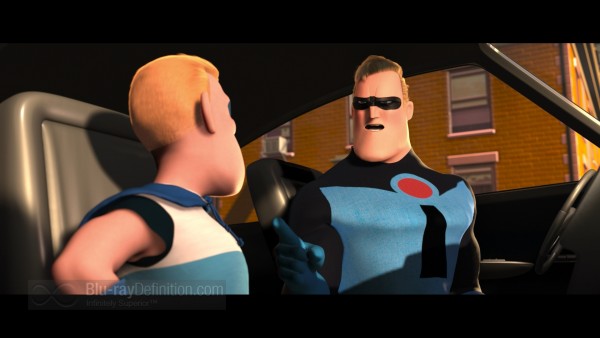 The Incredibles was one of the best looking DVDs from Pixar, a pure reference quality release, and this new HD transfer is no disappointment. The details, colors, and textures of the CG-animated production look good enough to lick in this AVC/MPEG-4 1080p/24 encodement, proving once again that Disney is king of the hill when it comes to bringing animation of any kind to Blu-ray. 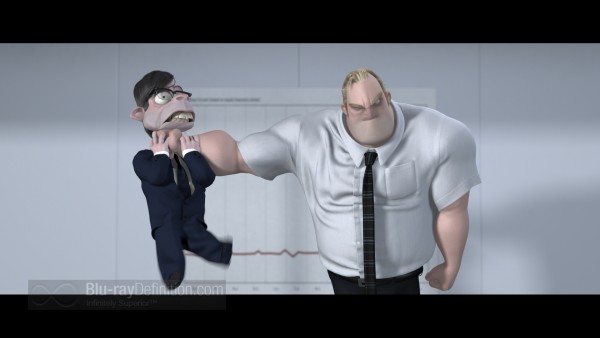 The English DTS-HD Master Audio 5.1 soundtrack is another thrilling part of this release from Pixar. A perfect example of sound design, the mix engulfs you in the world of these superheroes. The surround channels are quite active throughout, the front channels have a wide spread of sound, dynamic range is wide, but not off-putting, and high frequencies are just right. The low frequency extension is also superb, allowing the sub to work up a good sweat, if you will, without becoming too boomy. 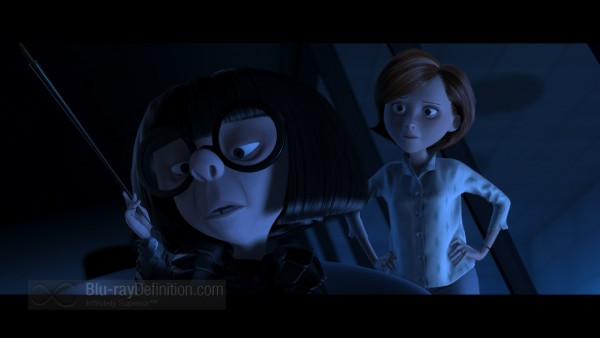 The Incredibles comes loaded with newly high-def extras including the excellent Pixar shorts Boundin‘ and Jack-Jack Attack plus all the original bonus materials from the old DVD release spread across 2 Blu-ray Discs offering hours of entertainment value. 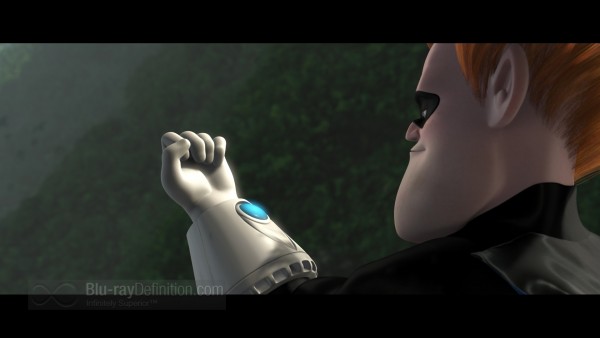 The Incredibles is a superhero movie with heart and one of Pixar’s best looking efforts still, even with the great advancements in animation. This one can hold its own against any action flick to come out of Hollywood and it just looks good enough to eat on Blu-ray. 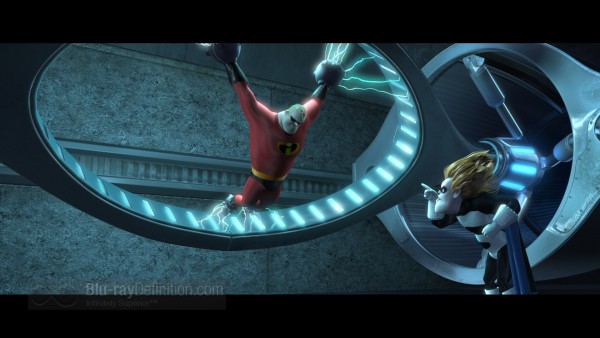 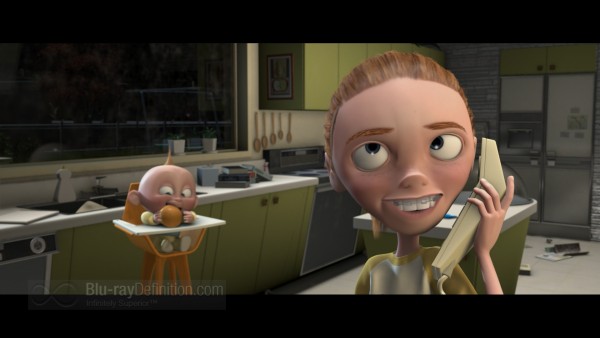 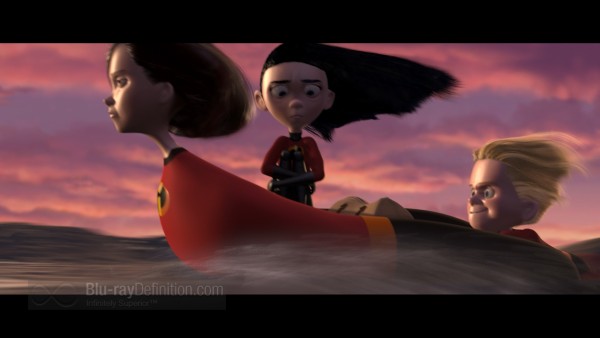 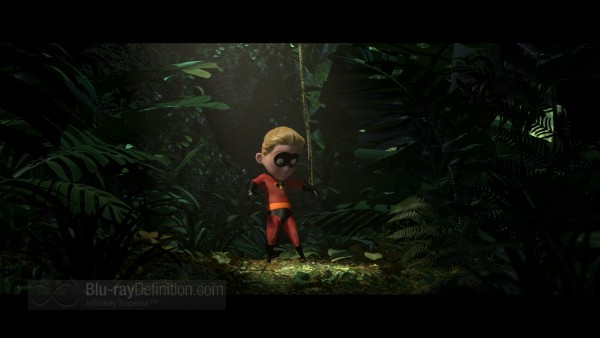