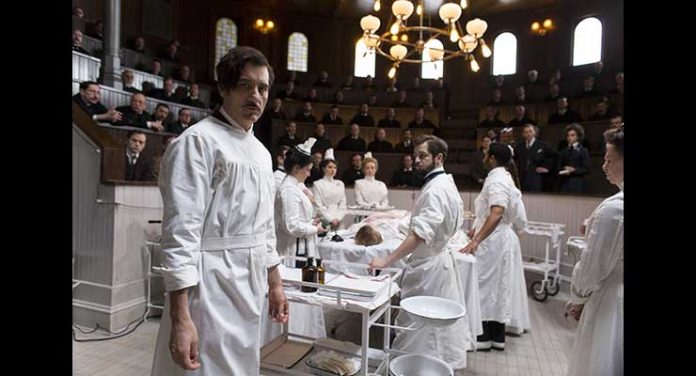 Steven Soderbergh pretty much has complete directorial and creative control over this Cinemax period drama, directing each episode himself and working tightly with the series’ creators Jack Amiel and Michael Begler as well as the network to take the show in the direction he wants it to go. He’d always talked about wanting to do about six or seven seasons of The Knick, with each two seasons being their own arc. Season two ended with what seemed like one of the death of one of the major characters or one of the best cliffhangers on television. Now there are talks that the series could shift direction and perhaps the next season will be set in a different time period with current cast members coming back to either reprise their roles, but at later points in the characters’ lives, or play different characters altogether.

The first two seasons had been set in New York City’s fictional Knickerbocker Hospital in circa 1900 and focused on Dr. John Thackery (played by Clive Owen), who, when his mentor died, is appointed to the position of head of the surgical department. Dealing with a cocaine and opium addiction, Thackery is determined to push medicine forward, fighting to lower the death rate of the patients, invent new, as-yet discovered ways to perform surgeries, find new medical tools and medicines, and help raise the financially strapped hospital’s profile amongst wealthy patrons. Dr. Algernon Edwards (André Holland), a Harvard College graduated, European-educated black surgeon also joins the staff at “The Knick” and has to face a lot of opposition, resistance, and resentment from the all White staff, including Dr. Thackery, plus deal with the racial animosity and tensions in early twentieth century New York City.

The Knick is an honest, powerful, and brilliantly written historical drama (the character of Thackery is ostensibly based in part on real-life historical figure William Stewart Halstead, M.D.), that doesn’t pull its punches. Clive Owen puts on one of the most commanding performances of his career as the drug-addled yet brilliant surgeon and medical researcher Thackery, and the rest of the cast also oblige with complimentary supporting performances.

In season 2, Soderbergh and the writers did not suffer the sophomore slump, and turned in a hypnotic return unafraid of confronting the topics of the era head on. As The Knick begins building a new location uptown, corrupt hospital administrator Herman Barrow (Jeremy Bobb) gets involved in a graft scheme to skim money from the construction. The growing eugenics movement, which would eventually spread to Europe and spawn none other than the Nazis and the holocaust, is front and center as Dr. Algernon Edwards and Thackery ‘s friend Dr. Everett Gallinger (Eric Johnson) spar over privileges as the hospital, and lastly, Thackery, still plagued by his vices, launches an effort to find a cure for addiction, one that will likely not prove fruitful. Meanwhile, Nurse Lucy Elkins (Eve Hewson) starts to assert her sexuality in a surprising way on the men around her, and may even be considering a move into a more serious medical field of her own. There are, of course, more subplots throughout the season, but it’s best to just watch and enjoy what is another fearless season of The Knick.

Not to be overlooked is the beautiful costume design of Ellen Mirojnick, the production design of Howard Cummings and set decorations of Regina Graves that give the series that wonderful authenticity. The Knick really transports you to 1900, for better or worse. 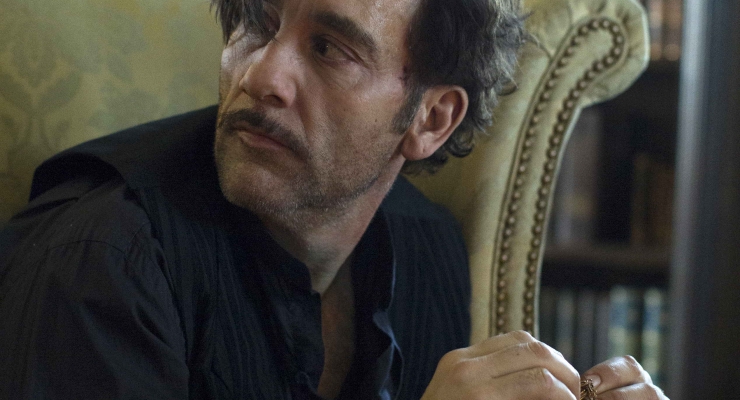 The Knick was shot at 6K resolution on the Red Epic Dragon with RED zoom 50-150mm and Zeiss Super Speed lenses and a 2K Digital Intermediate was used. The Blu-ray arrives with an AVC 1080p encodement from HBO Home Entertainment that retains an almost film-like, organic quality to the image with whatever layer of digital “noise” or applied “grain” over the image looking very natural and pleasing, but lightly done. The colors of series range from dull, midtones and earth tones, to cool and cold of the brightly lit operating theater of The Knick or the newly introduced Mt. Sinai, with its cold tiles and medicinal greens. This transfer presents them all flawlessly and with excellent contrasts and nuance. Blacks are deep without crushing.

The Knick has a lovely and atmospheric lossless DTS-HD Master audio soundtrack that often interjects somewhat anachronistic music, but it works, and it fills the soundstage and offers some work for the subwoofer. The dialogue is always clean and sounds real-world, as do the numerous foley effects like galloping horse carriages, or the new electric automobiles zipping around (yes, electric cars were actually the most popular form of motorized vehicle in the early 20th century before the invention of the ICE and gasoline became widespread).

There’s a good set of behind-the-scenes featurettes included that get into the details of the series’ production with lots of interviews with the cast and crew, plus a lot of facts and trivia about the era and where the series and reality intersect.

Steven Soderbergh crafts another commanding period drama for the second season of The Knick. A dazzling medical drama set at the beginning of the 20th century, this series goes where other period dramas and medical dramas dare not go.