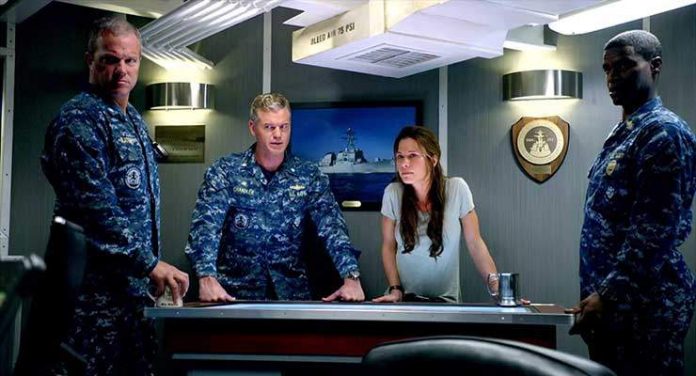 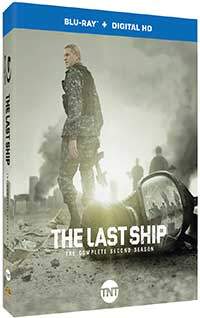 Big militaristic themes, cinematic productions, heavy reliance on visual effects, action up to your ears – of course Michael Bay is one of the executive producers of TNT’s The Last Ship, an apocalyptic sci-fi action series that is now heading into its third season. The first season of the series set the tone, setting the crew of naval destroyer Nathan James adrift on a dangerous journey as the world suffered an epic viral pandemic, leaving the Nathan James the sole hope to find a cure. Now in the second season, with a cure for the Red Virus developed by paleo microbiologist Dr. Rachel Scott (Rhona Mitra), Captain Chandler (Eric Dane) and the rest of the crew of the destroyer finally head back to the U.S. To find survivors and try to disseminate the cure, but what they find when they return is a power

hungry bureaucrat looking to consolidate power at the expense of the people and mass production of the vaccine.

The Last Ship continues to gain momentum as one of cable television’s most popular series and, in fact, I guess one could argue it has helped to spawn a new era of viral outbreak fever on television. We have Containment now running on The CW and the Television adaptation of the mind bending, time-travel, viral outbreak film 12 Monkeys on SyFy. The second season keeps the series interesting enough, with a lot of action, which is really the centerpiece of this show. The Nathan James encounters a rival submarine manned by an international crew of military mercenaries who want the cure for themselves and this conflict brings a lot of opportunities for edge of the seat thrills. The third season should be well worth watching for anyone who enjoys this sort of popcorn television.

The Last Ship is shot in HD on the Red Epic Dragon and brought to Blu-ray by TNT in an AVC 1080p encodement that looks fantastically rich, detailed and cinematic. There is some video noise that only serves to impart an appearance of layered “grain” if you will to the digital production. Colors are vibrant and natural, especially blues, which really leap from the screen. Flesh tones lean a little to the reddish side, but not so much that the ever standout or become really unnatural. This disc really stands out from the broadcasts (I have Verizon FiOS) or streaming versions of this series. There is no macroblocking or posterization to be seen and

The Last Ship Season 2 comes with an English Dolby TrueHD 5.1 mix as its main audio option and numerous

dubbed selections including French and Spanish. While this mix isn’t as bombastic as a cinematic mix for material like this may me, this mix has its moments. Certainly all of the gunfire, bombs, missiles and torpedoes that get fired off allow for some gut-busting, floor pounding action that gives the subwoofer and surround channels a decent workout. There’s good atmospherics and very full, upfront and clean dialogue as well.

It is good of TNT to provide 80-minutes of bonus content for this release. The Inside the Episode features are the best ones because they give you a little look at the making of each episode with cast and crew interviews and some behind the scenes footage. The rest is composed mostly of more cast and crew interviews with them telling us how wonderful the series is.

If you want big, cinematic action you can sit back and watch on your couch every week while sipping a beverage and munching on a salty snack, then The Last Ship has it in spades and season 2 sticks to the core of the series. The Blu-ray release is a solid one from Warner Bros/TNT.