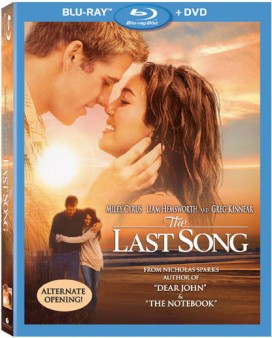 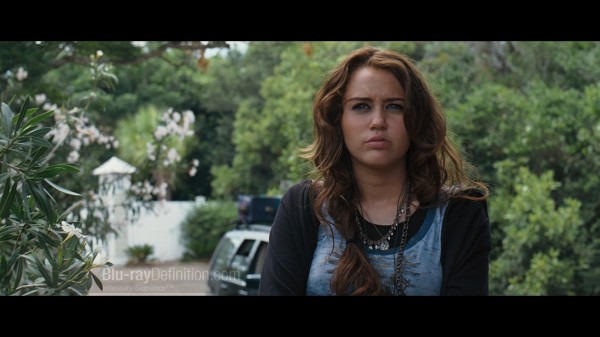 The latest Nicholas Sparks (The Notebook, A Walk to Remember) adaptation, The Last Song, the first by the author himself, is meant to be Disney starlet Miley Cyrus’ attempt at a more mature film, her step away from the Disney Channel sitcom world and Hannah Montana alter ego into something that would stretch her capabilities. Unfortunately, not only does The Last Song expose the young Cyrus’ weakness as an actress, but it is also just an awful film all around.

Ronnie, a troubled 17-year-old, and her little brother Jonah (Bobby Coleman) are driven down to Tybee Island, Georgia to spend the summer with their father Steve Miller (Greg Kinnear) by their mom (Kelly Preston). Ronnie, dressed in black and rejecting a scholarship to Julliard that she somehow won despite not having played the piano in years, wants nothing of this familial reunion with dad. She’s apparently angry because he left their mother; we know this because she pouts a lot. Anyway, the next day, romance blossoms when the local blond hunk Will (Liam Hemsworth) literally bumps into Ronnie on the beach whilst playing volleyball and spills her strawberry milkshake all over her. The persistent Will breaks down Ronnie’s emotional wall and the two become instantly enthralled with each other after a bonding session night over a nest of sea turtle eggs — oh yeah, it turns out the perfect Will also volunteers as the local aquarium and has rich parents — cha-ching!

But wait, all is not well in this perfect little picture, this is a Nicholas Sparks story after all.  Will is hiding a secret that turns out to be frankly, rather dumb, and beneath all that saccharine romance  you will be in for someone having a terminal illness that only Hollywood could conjure up, featuring long walks on the beach, musical montages, and symptoms that include (yikes!) coughing, ahem.

This film pulls out every cliché in the book to try to craft some sort of tear jerker, romantic family film and stretch Miley Cyrus’ acting talents, but it doesn’t work on any level other than it has a decent musical soundtrack, but even that is predictably AAA and commercial alternative, featuring the likes of Iron & Wine and Snow Patrol. In the end, the film doesn’t even take Cyrus too far away from her last feature film outing, Hannah Montana the Movie: 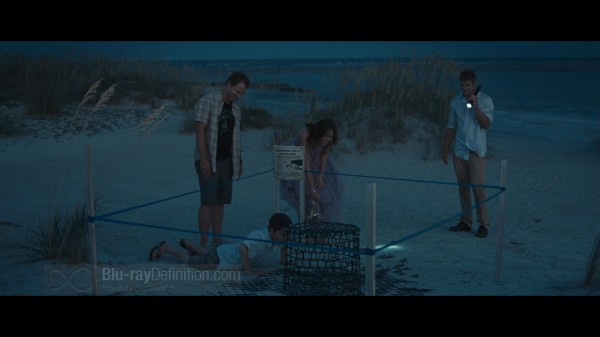 The Last Song’s AVC/MPEG-4 encoding has clean and detailed transfer with strong color reproduction, extended shadow delineation and a nice, thin layer of grain that helps to give it a film-like appearance. There are some occasional moments where the image softens a tad and grain level jumps slightly. This is not necessarily due to the transfer. Overall, The Last Song looks good for this sort of film. 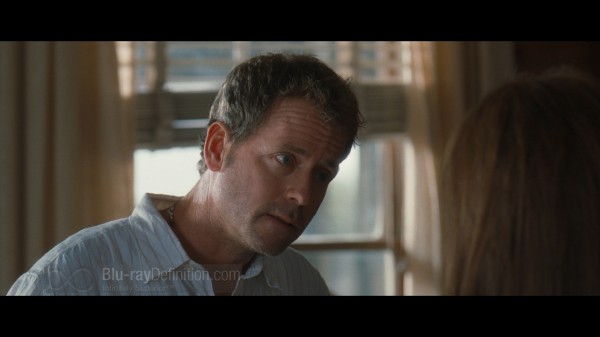 The English DTS-HD Master Audio 5.1 soundtrack is your typical romance drama mix. It isn’t much of a home theatre showcase, with the surrounds being used mainly for ambient effects with some occasional discrete panning. The dialogue is intelligible and clear, for the most part, but I did detect some mild crackle in some passages. The musical soundtrack, filled with typical AAA and alternative tunes, is solid, with a nice midrange and smooth highs, but only a mildly extended low end. 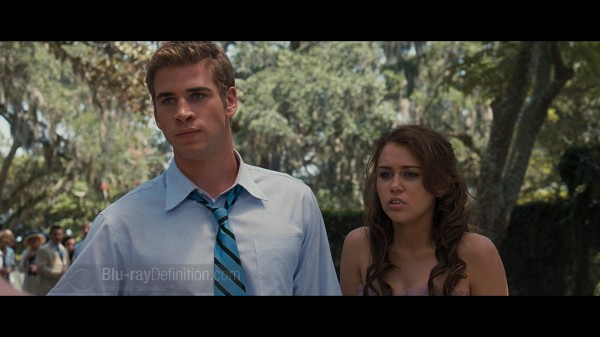 The strongest supplement on here for Miley Cyrus fans will be the music video for ‘When I Look at You” in HD and the making-of for it. Outside of that, not much else has very much replay value, but it is all provided in 1080p, which is always a plus. 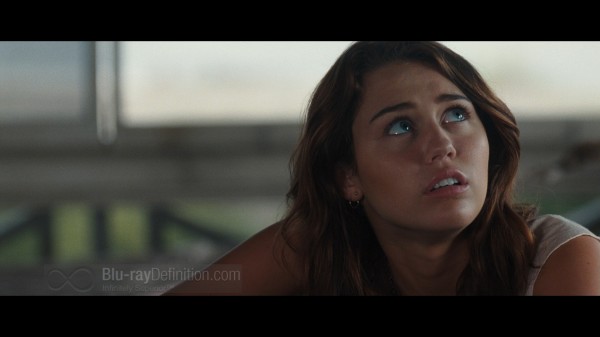 The Last Word looks and sounds good on Blu-ray proving once again that even the worst movies can be solid home theatre performers on the format, but The Last Word should be the last thing anyone outside of Miley Cyrus’s fan base should be picking up on Blu-ray. 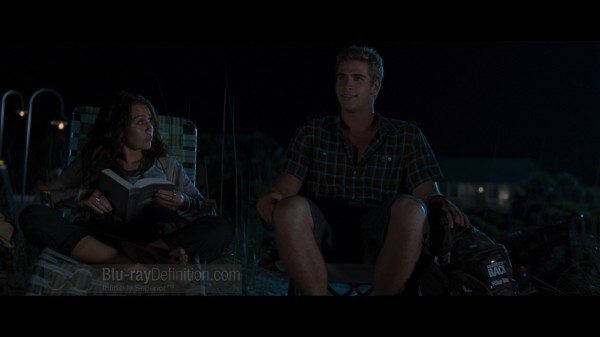 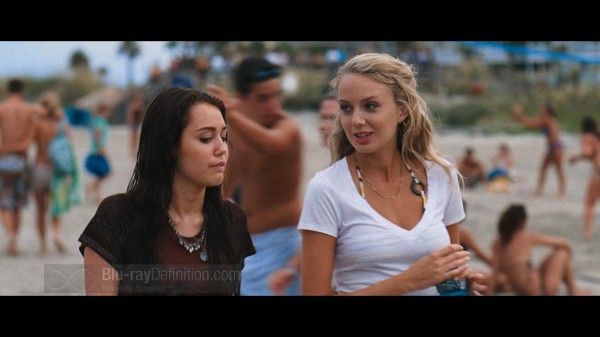 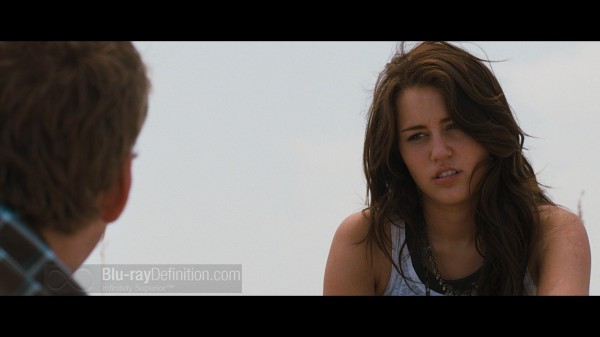 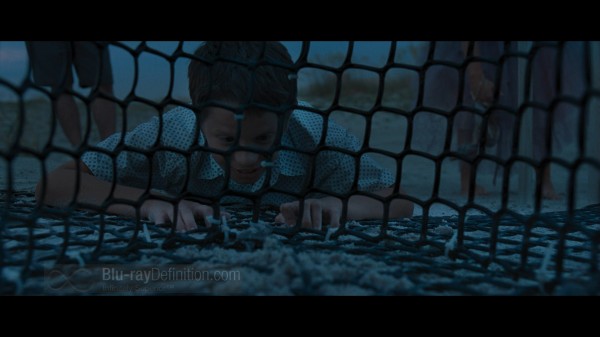 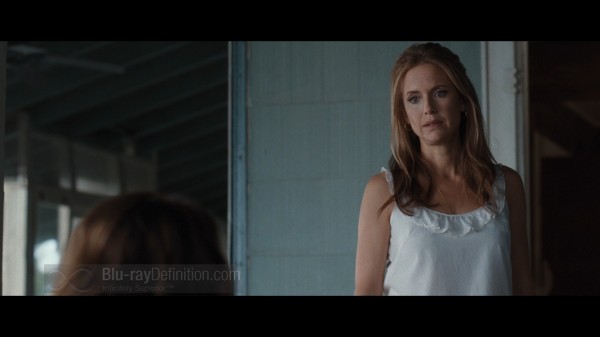 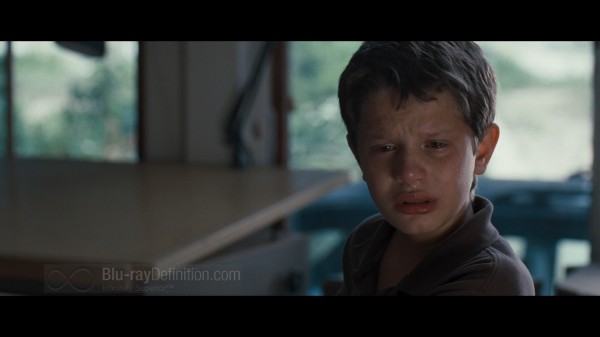