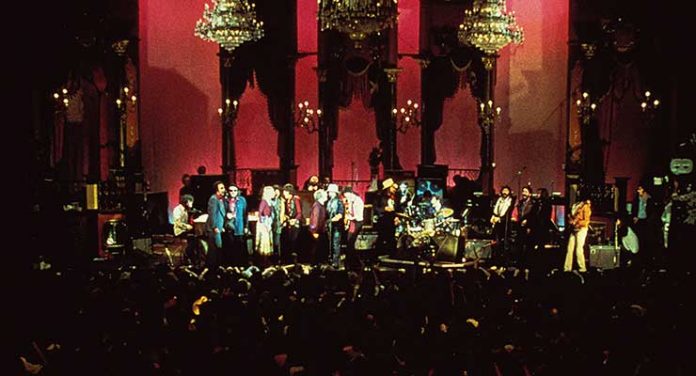 In addition to performing their own hits, The Band back over a dozen of their fellow musicians on some of their biggest hits, people like Joni Mitchell, Neil Young, Van Morrison, Dr. John, and Eric Clapton, all turn out to pay their respects to this unforgettable ensemble in the history books of rock and roll. This is a concert film not to be missed. The peppered in interview segments with Martin Scorsese and The Band also shake things up and form a blueprint for concert films/music documentaries that followed such as U2’s Rattle and Hum and countless concert videos releases. 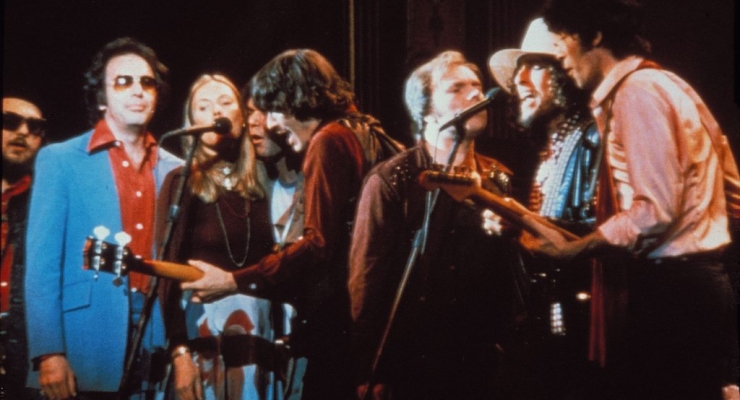 The Last Waltz arrives on Blu-ray in a solid AVC 1080p encodement from Eureka Entertainment’s Masters of Cinema imprint. The film looks gorgeous, particularly for a concert film/documentary from 1978. We get a clean and detailed image with an organic, filmic appearance, good detail and colors, no issues with noise or edge enhancement and shadows look good despite a tad bit of unavoidable murkiness and low light noise from the lighting.

The Last Waltz sounds fantastic whether you choose the DTS-HD Master Audio 5.1 mix, which has fantastic dynamics, good musical lows, and punchy midrange, or the LPCM 2.0 stereo track that maintains all the plusses from the 5.1 track minus the ambiance of surround channels. Musical purists may prefer the stereo, but, really, you can’t go wrong with either, and they both sound really warm and analogue.

The special features included with The Last Waltz are difficult to argue against, especially if you are one of the lucky few to get your hands on the limited-edition copies with the hardbound case and collector’s booklet. The commentary from Scorsese and Robertson is a must-listen track and the included outtake jam will please music fans.

Good old-time rock and roll with some hot, classic performances. I have a preference for Joni Mitchell, Neil Young, Van Morrison, The Staples Singers, and Neil Diamond’s unlikely but solid entry here, but this whole film is a classic rock lover’s dream. The Last Waltz in this Blu-ray release from Eureka Entertainment’s Masters of Cinema is not to be missed.