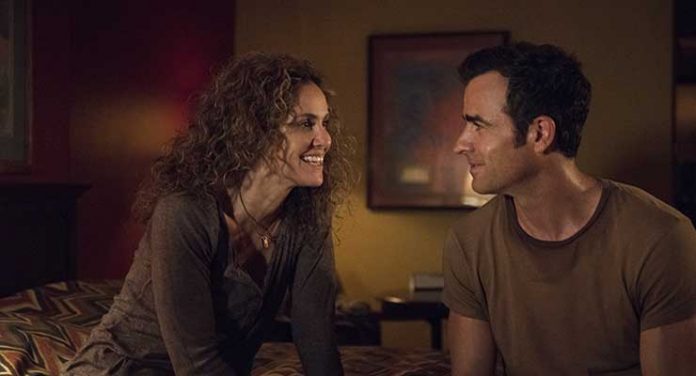 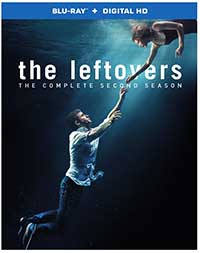 The Leftovers, HBO’s downcast sci-fi-ish series, returned in 2015 to pickup where it left off, but, oddly enough, it didn’t quite do that. The second season dives into the mystery of what happened to the 2% of the worldwide population – some 140 million people – who simply vanished more than three years ago. It is the central mystery and driving force of this often depressing, tense series. And the mysteries it uncovers, the questions it sort of answers in season 2 are, well, a little wacky to use a technical term. Kevin Garvey (Justin Theroux) has picked up and left town with his daughter Jill (Margaret Qualley) and the government worker Nora (Carrie Coon) to head for a small town in eastern Texas, population 9,621 – the only town in the world, apparently, where there were none of these so-called “departures.” What they hope to find there, especially Nora, is safety, and the perfect family life that Nora is pushing them into whether they want it or not. Instead, what they get is a town under heavy security surrounded by encampments of people wanting to get it in, a violent fire chief not above killing anyone who claims that they have been witness to personal miracles, and more questions than answers. Meanwhile, Kevin thinks he is falling apart mentally. He is “seeing” Patti Levin (Ann Dowd), actually talking with her, and someone convinces him the only way he can get rid of her is to kill himself and kill her in the after world.

The Leftovers Season 1 was maybe intriguing, if a little slow, but it at the very least kept one guessing. Perhaps the writers should have left us guessing, because the weird direction they took the series into in season 2 is on the verge of silly. Well, maybe not even on the verge of it; it is silly. In one regard I can see where they were trying for some meaningful exploration of the meaning of life, religion and existential crises, but then I think, they didn’t quite achieve it. The season comes across more like an extended version of a bad Twilight Zone episode – nothing more, nothing less. 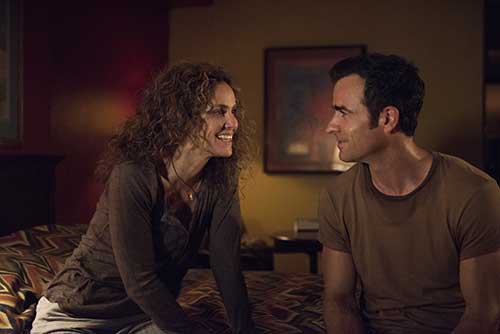 The Leftovers is shot in HD on the Arri Alexa and brought to Blu-ray in a solid AVC 1080p encodement from Warner Bros. While the series itself hardly ever offers any visual stimuli that really pops – this a series filled with drab colors and shades like greys and whites after all – the Blu-ray looks crisp and filmic with wonderfully extended depth of field. 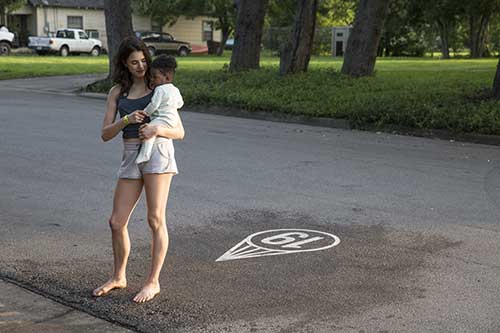 A good but straightforward English DTS-HD Master Audio 5.1 soundtrack is the sole audio option for The Leftovers Season 2, though numerous subtitle tracks are provided including English SDH, French, Spanish, and other less common like Swedish and Icelandic. Dialogue is clear, stereo panning and dynamics are spacious, and the sound opens up nicely when the musical soundtrack, often lots of AAA, is brought to the fore.

Outside the inclusion of an UltraViolet digital copy code, the supplements are non-existent for The Leftovers Season 2 on Blu-ray Disc. Not a deleted scene, not an audio commentary, not even a promo accompanies the series on disc. 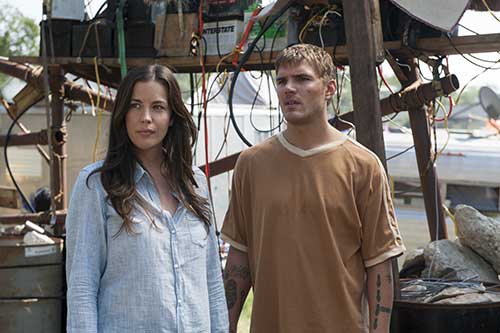 One can only hope that they find a way to rescue The Leftovers in its third season, or they may as well put a leather MC and some swim trunks on it right now and find a shark. Another season of dour faces and lots of psycho-babble pretension and this series may be done.